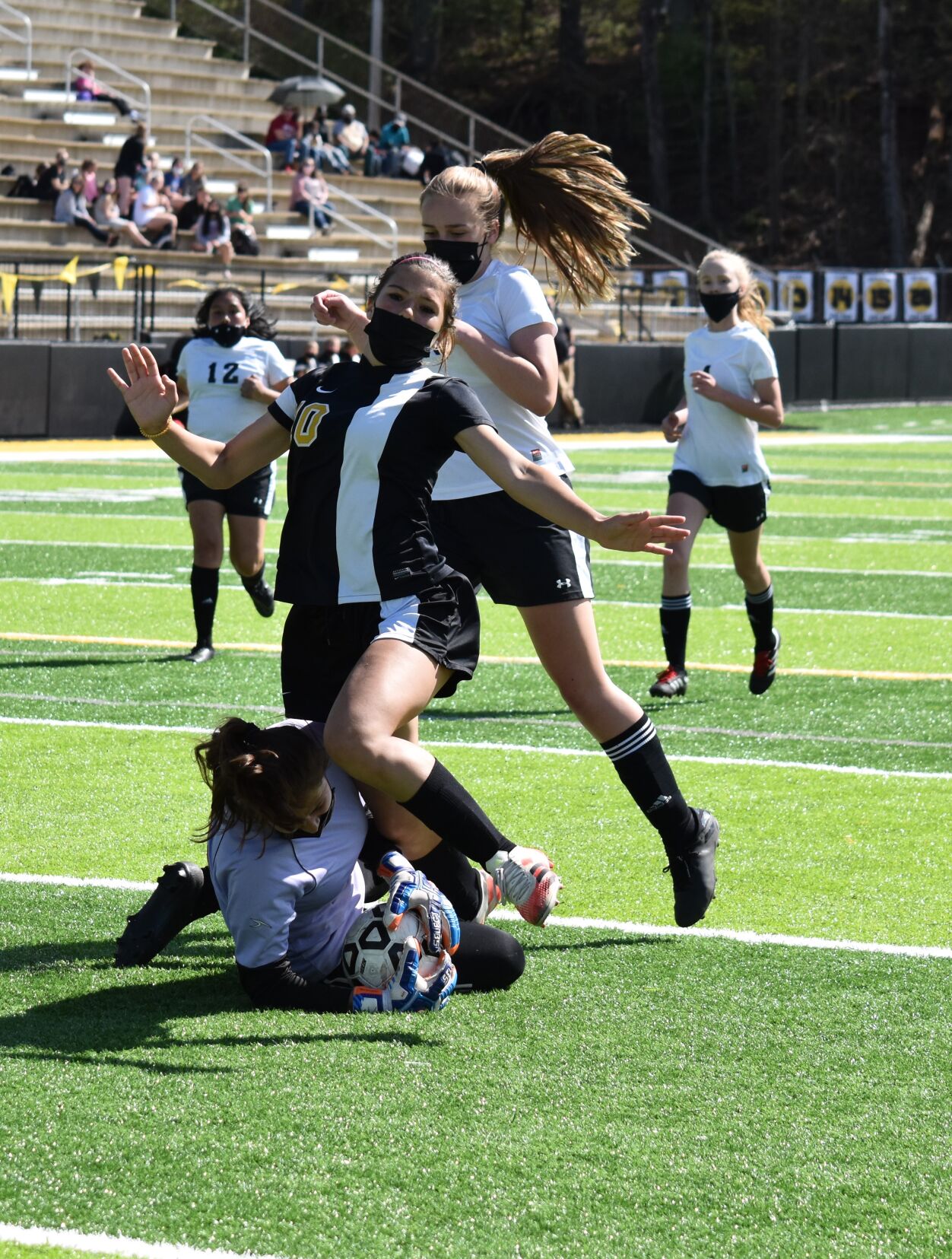 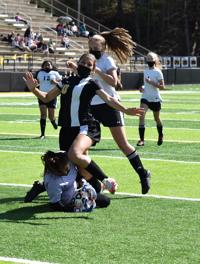 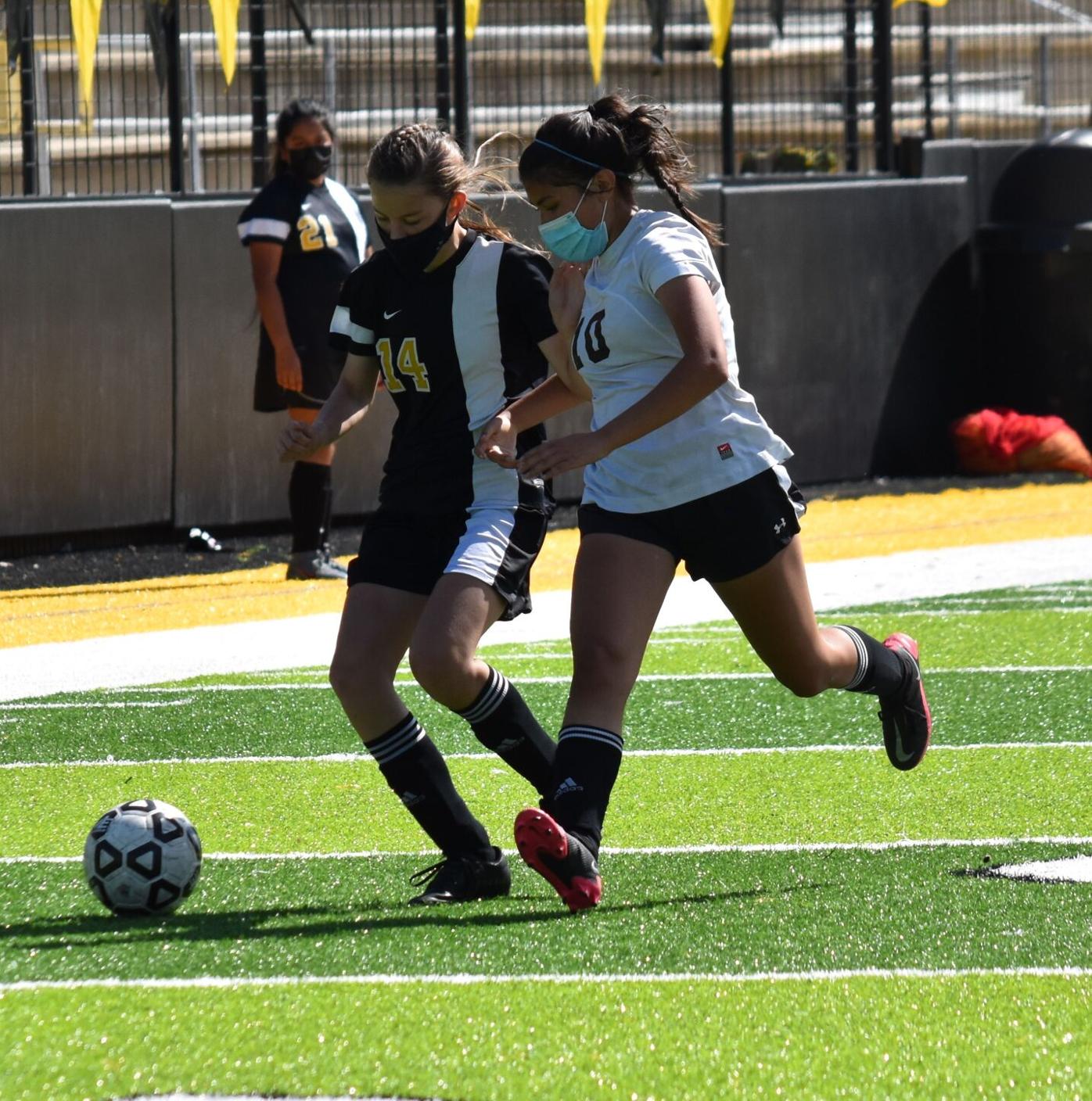 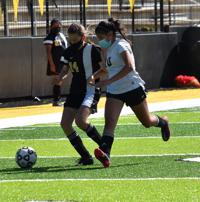 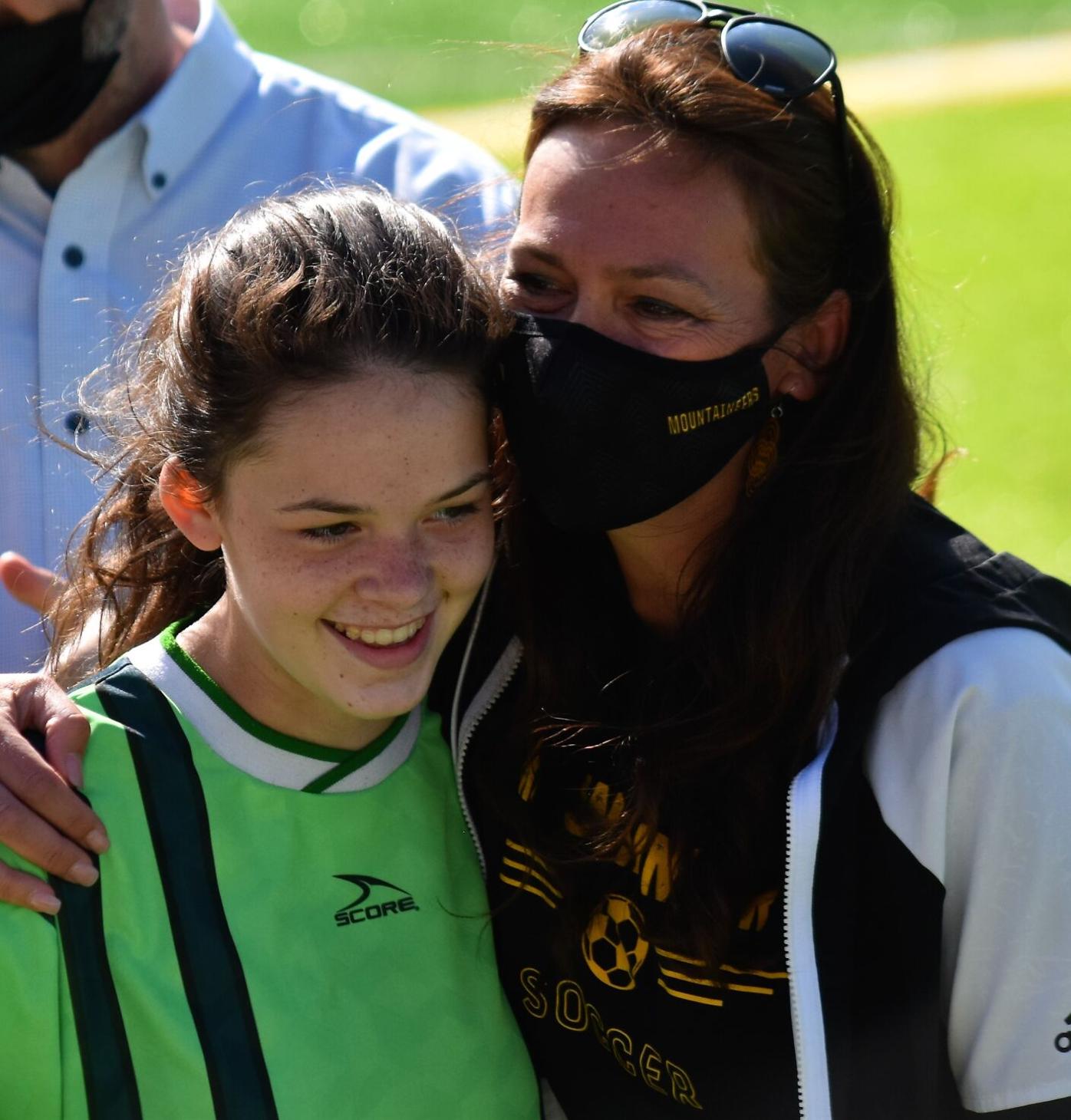 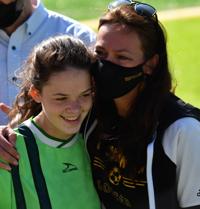 When one watches a middle school soccer team play, one might expect the teams to have difficulty with set plays, taking runs and passing accurately to their teammates. This is not the case with the Waynesville Middle School girls soccer team under the guidance of head coach Amanda Wells.

This team has set plays locked down — passing and crossing on point to their teammates, as well as plays that include passing back to their goalkeeper.

The high level of play was evident Monday night, when the Mountaineers shut out the Canton Middle School Bears, 5-0, at Weatherby Stadium.

For the eighth-graders, the matchup represented the final rivalry game the girls would play as members of the WMS team.

At half-time, eighth-graders were presented with yellow flowers by their parents, who escorted their athlete onto the field to be recognized.

“Eighth-grade night was great, especially because we pulled out a win against our rivals, said WMS’ Cecelia Morgan. Teammate Sophia Wijewickrama concurred, adding, “We ended the CMS/WMS rivalry with a win.”

The Mountaineers have outscored their opponents 29-0 in four games, and remain undefeated in the West Division of the Blue Ridge Athletic Conference (BRAC).

The Mountaineers’ success is attributed to hard work and learning how to work together as a team.

”The team is working hard at each and every game. We work well together,” said player Gracie Rinker.

Wells not only coaches the girls on the sport, but instills life lessons, such as working together to achieve a goal. In the CMS/WMS match, the Mountaineers’ goal was to win the 50/50 balls. They won 17 of the 21 balls.

“Coming into the game, our team had the main goal of winning the 50/50 balls. Not only were we aggressive, but we passed and shot with precision,” said WMS’ Kate Clark.

“This group of girls are coachable, have good attitudes and their work ethic is unmatched. A part of our team culture is to play in such a way that makes your teammates shine. We do this by making good decisions on and off the field. When we lift each other up, cheer each other on, not trying to outshine one another, that is when magic happens on the field. Our girls are good at that,” added Wells.

WMS Mountaineers Gracie Rinker, Lily Singleton and Analyn Revelia each tallied a goal for their team. Teammate Clark scored two goals, earning a brace in the match against CMS.

The girls made nice runs and connected passes that kept the ball deep in Bear territory for most of the match.

“We work well together, and we are ready for the remainder of the season,” said Rinker. Goalkeeper Eirenn Marcus added, “We’ve played very well in the past few games and have made big improvements in our game.”

“We have developed a lot throughout the past week, and I am beyond proud of the improvements we have made. The game showcased what we have worked on,” said Revalia.

Anchored by goalkeeper Marcus, the Mountaineers’ defense of Revalia, Bernice Andrade, Lucie Snyder-Lowe and Wijewickrama stopped the Bears offense in their tracks, denying CMS any goal-scoring opportunities, while garnering another shutout for the books.

“We are peaking at the right time. Our girls work hard and never let up. We are working on some details of our game to make sure we are ready for the playoffs starting next week,” said Wells.