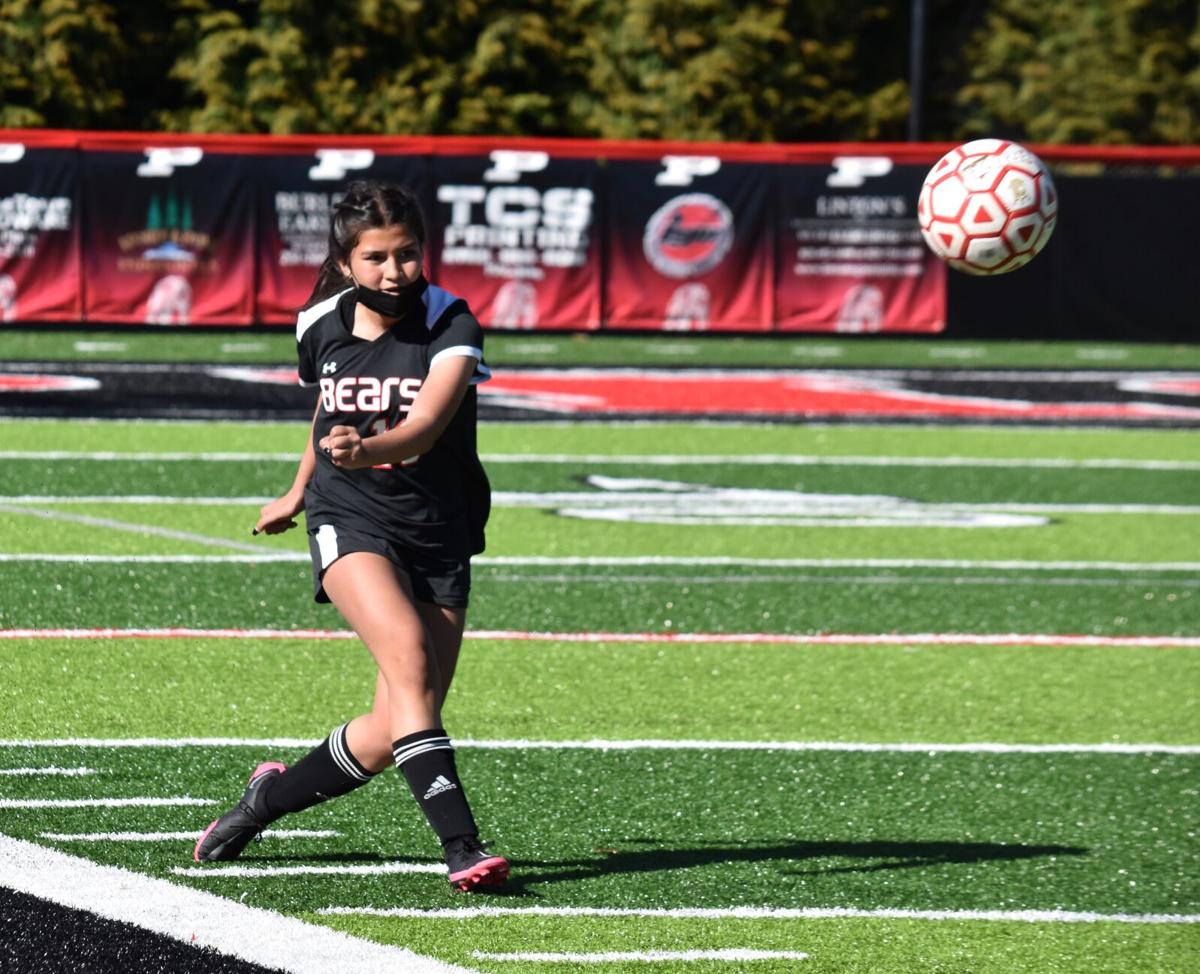 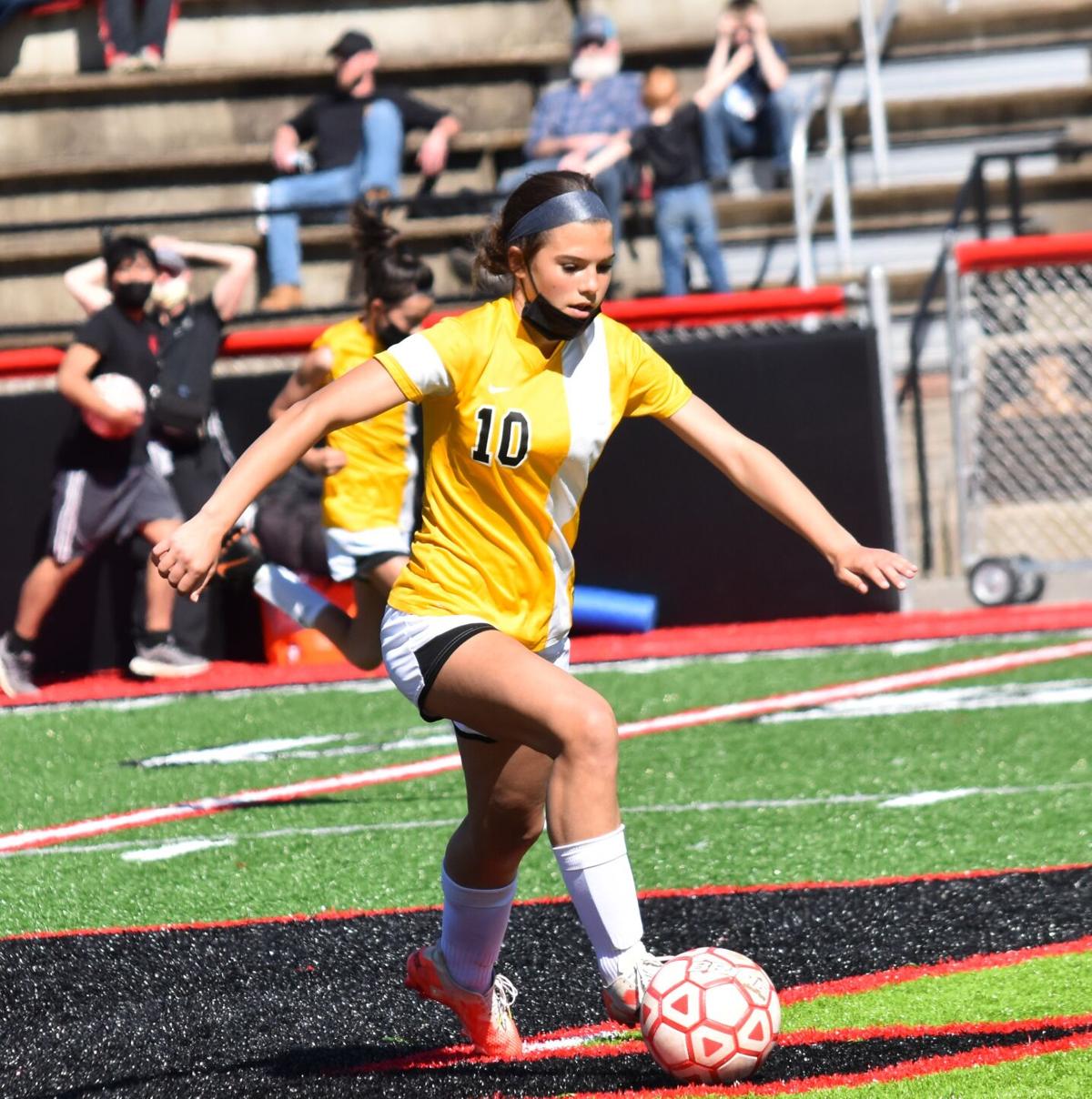 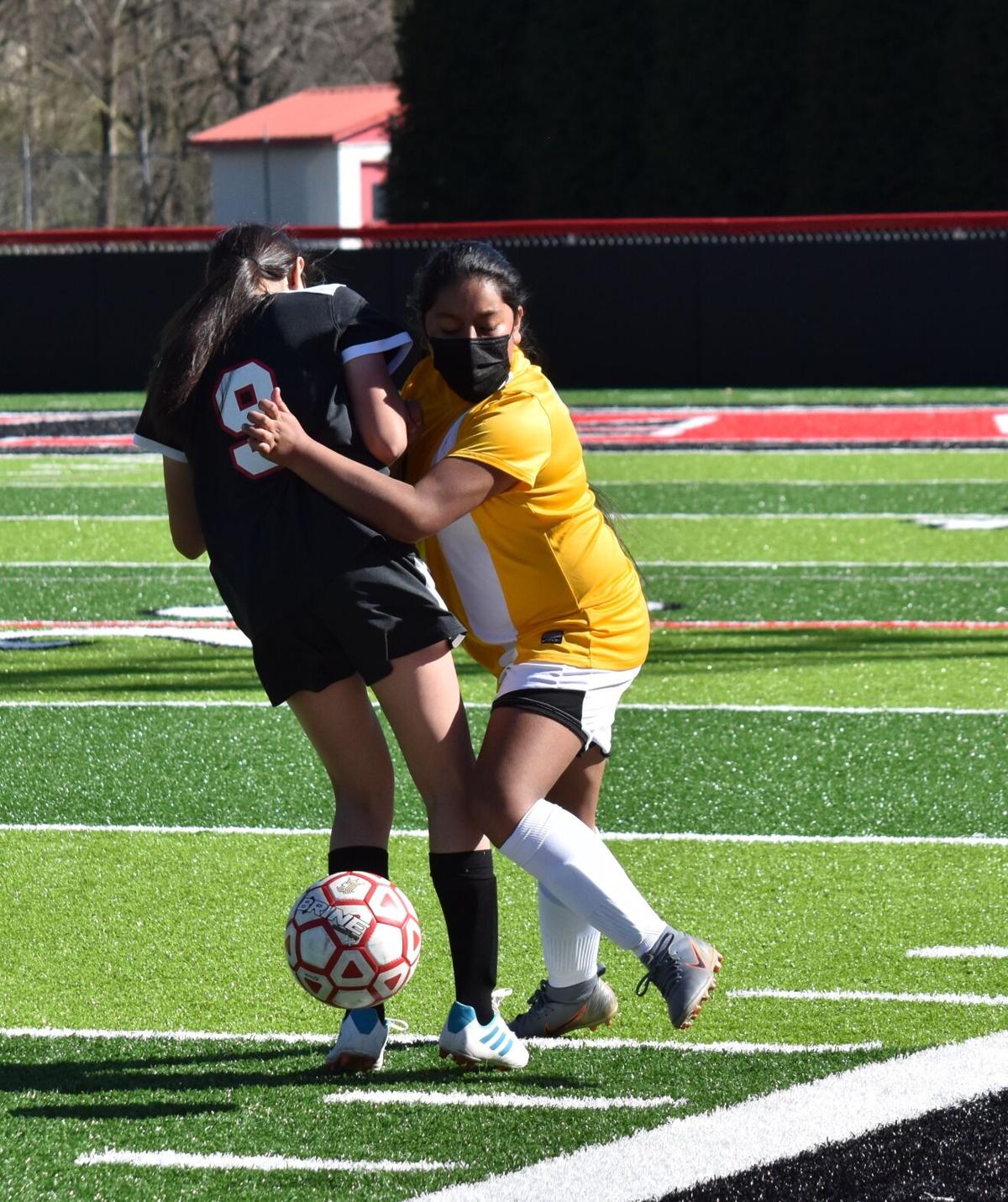 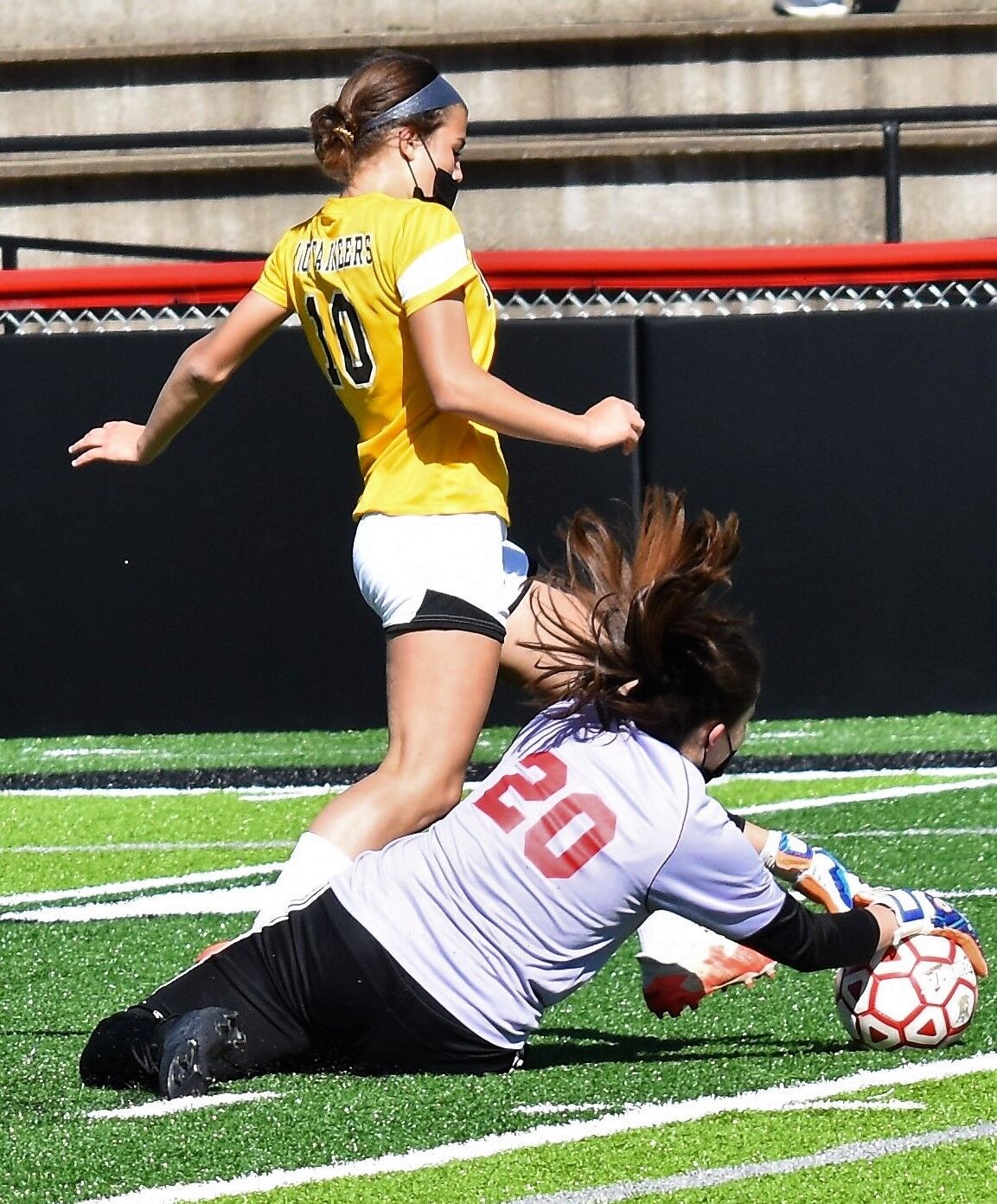 The match between the Bears and Mountaineers is like all rivalries — hard fought, tough and physical. “It was a physical game. We had a lot of grit. In the end, we worked through it and had a great win,” said WMS Captain Eireen Marcus.

The Mountaineers peppered the Bears’ defense with shots, some went wide and high, but WMS’ girls kept on setting up the runs and taking shots.

“We practice hard and we play hard, and we don’t quit. That is what makes us successful,” said WMS’ Julia Wells.

“It is hard to beat someone who never quits. I feel like that is what our team does. We don’t quit,” added teammate Lucie Snyder-Lowe.

Anchored by goalkeeper Marcus, the Mountaineers’ defense of Anaylyn Revalia, Sofia Wijewickrama, Bernice Andrade and Snyder-Lowe were solid throughout the match, shutting down runs by the Bears. WMS’ Gracie Rinker scored two goals for a brace. Teammates Graisy Andrade and Wells each scored a goal.

“We worked well together as a team during the game,” said Captain Rinker. “Hannah Downs’ crosses were vital to our success.”

The Mountaineers led the Bears 4-0 at the half.

In the second half of the game, the Bears stepped up their defenses, denying the Mountaineers any further goal-scoring opportunities.

“I feel like we were the first team to give them a run for their money, especially in the second half when we held them scoreless,” said Canton’s Kennedy Conard.

Teammate Estefany Castillo-Pina added, “We put in a lot of effort and we created some stress for them in the second half. I feel like we can build off of this game.”

“I feel like this game really helped us grow as a team. We were disappointed in our loss, but the silver lining is that we discovered our strength,” said CMS’ Kenna Lawing.

“I am very proud of our girls. We had to switch up the lineup a bit due to unforeseen circumstances,” said WMS Head Coach Amanda Wells. “Hannah Downs had a beautifully played game with her speed in the middle on the right side and her spot-on crosses to the middle. Without her well-played balls, we would not have been as successful. Julia Wells’ work rate and never give up game play was also vital to our success. Gracie Rinker’s left-foot volley goal in the box assisted by Hannah Downs was a goal that is very hard to hit. For a middle school player to execute is very impressive. She is really stepping up as a player and a great leader on and off the field.”

“Waynesville is an excellent, opportunistic team. They capitalized on our mistakes, but our girls never quit and kept battling until the end,” said Canton Head Coach Mike Faust. “Our veteran 8th-graders led the way. Estefany Castillo-Pina had some dazzling runs through the middle of the field. We can’t wait to see what she does at the next level. Kenna Lawing, per usual, was a rock at center back. Kennedy Conard played her most aggressive game of the year. Alldyn Queen had some quality chances at forward, but couldn’t quite finish. And our goalie, Paloma Ramirez, made some fantastic saves.”

“Participation in organized sports helps prepare our student athletes to meet the challenges of life with confidence, positivity and resolve. Our players exemplify those last three qualities, and Coach Warren and I are extremely proud of who our girls are and how hard they’ve worked to improve over the last four weeks,” he added.