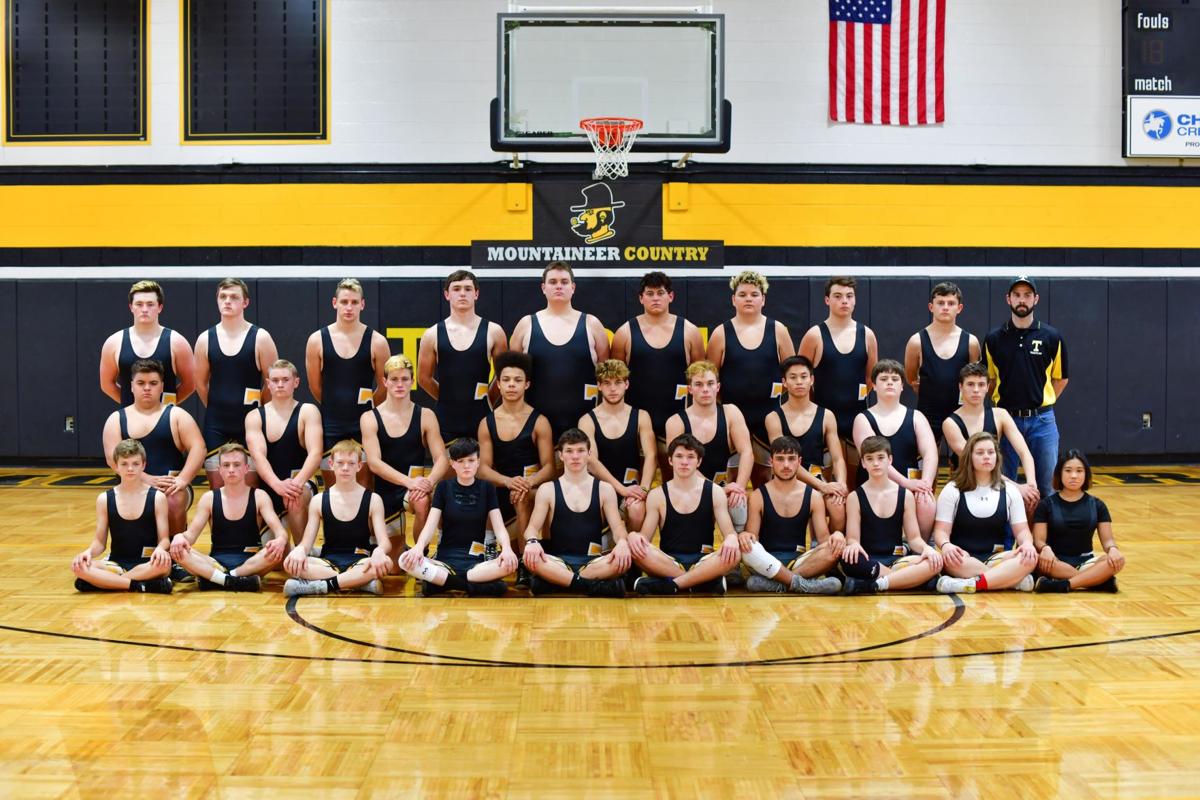 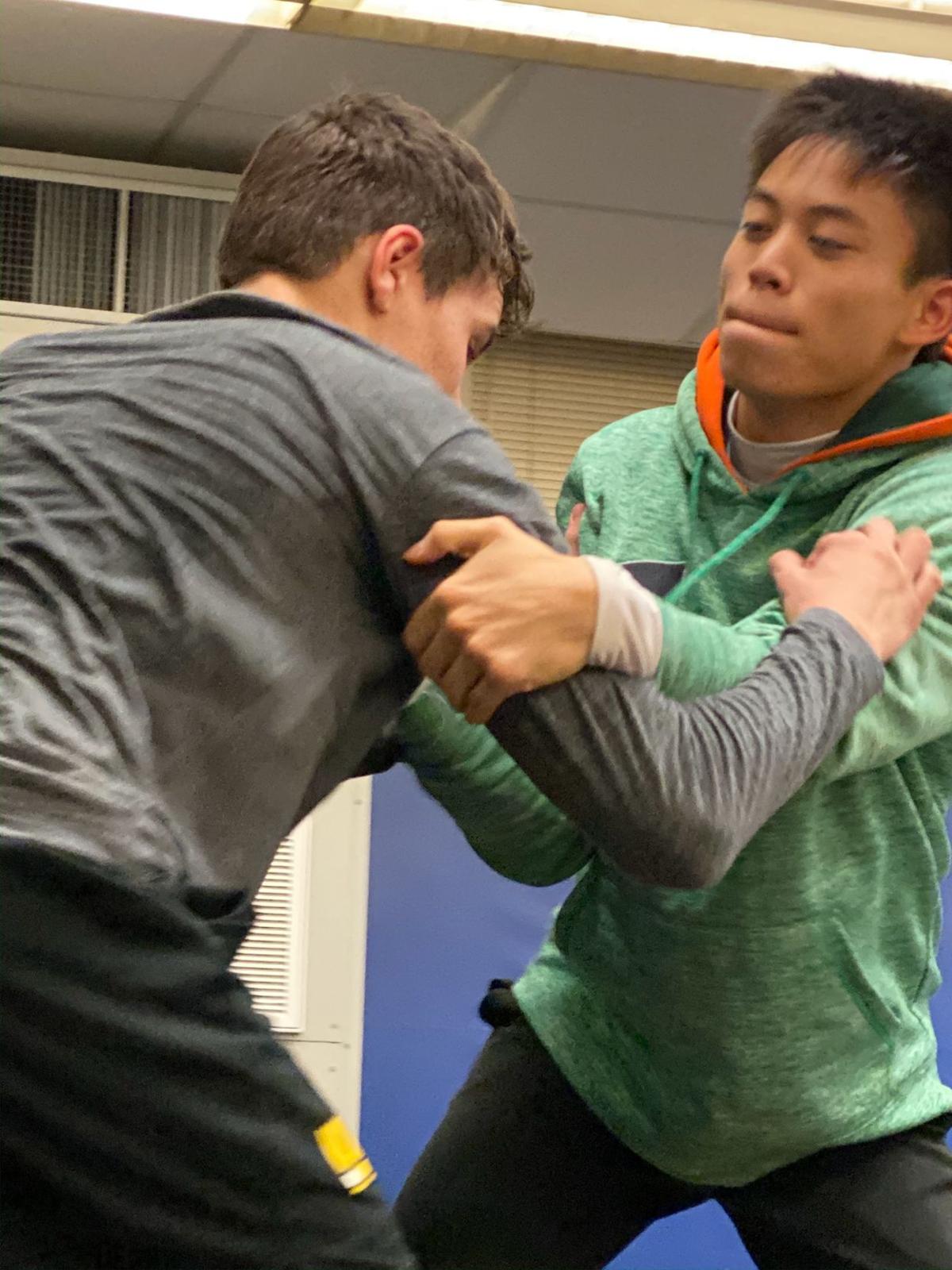 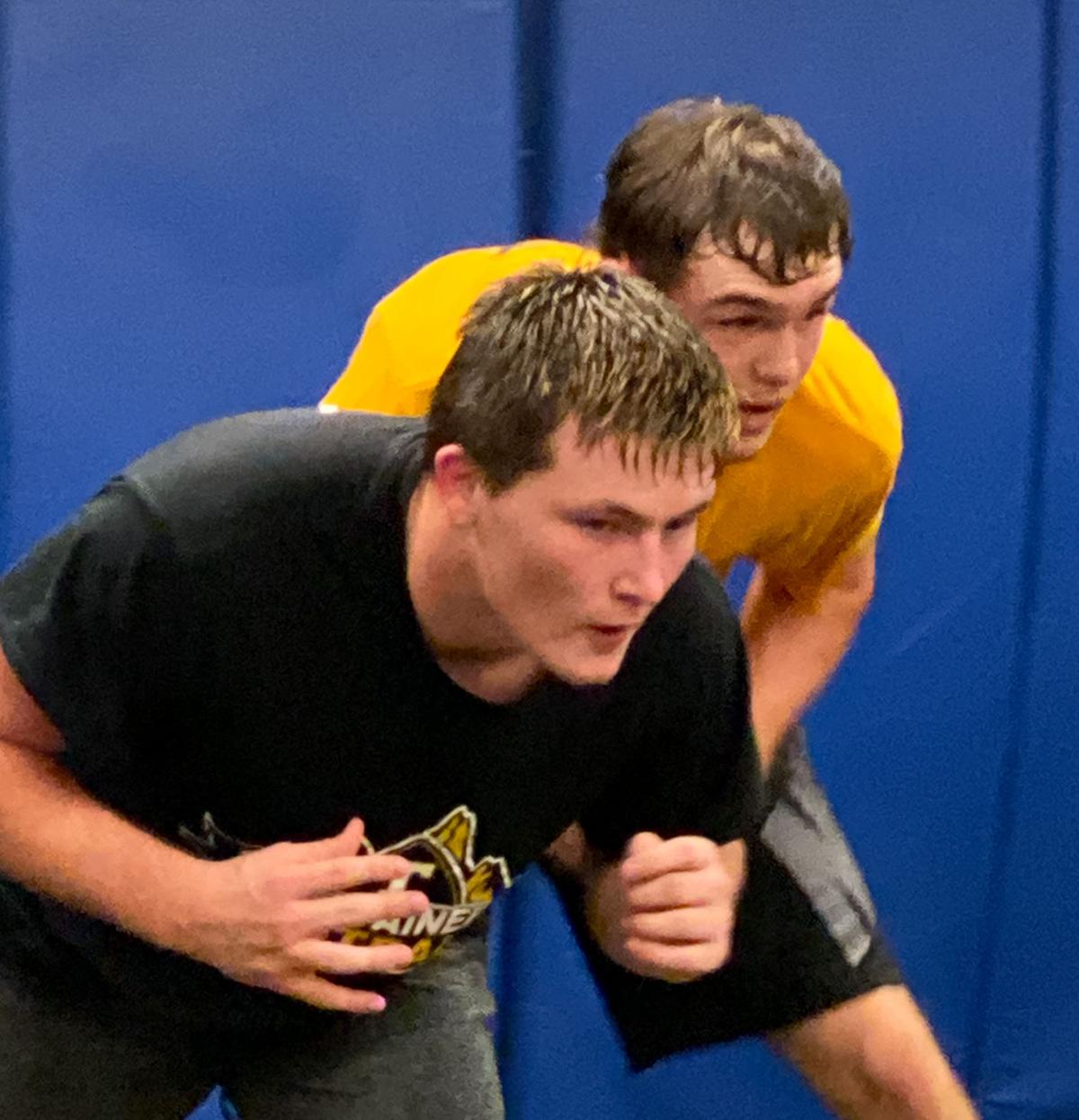 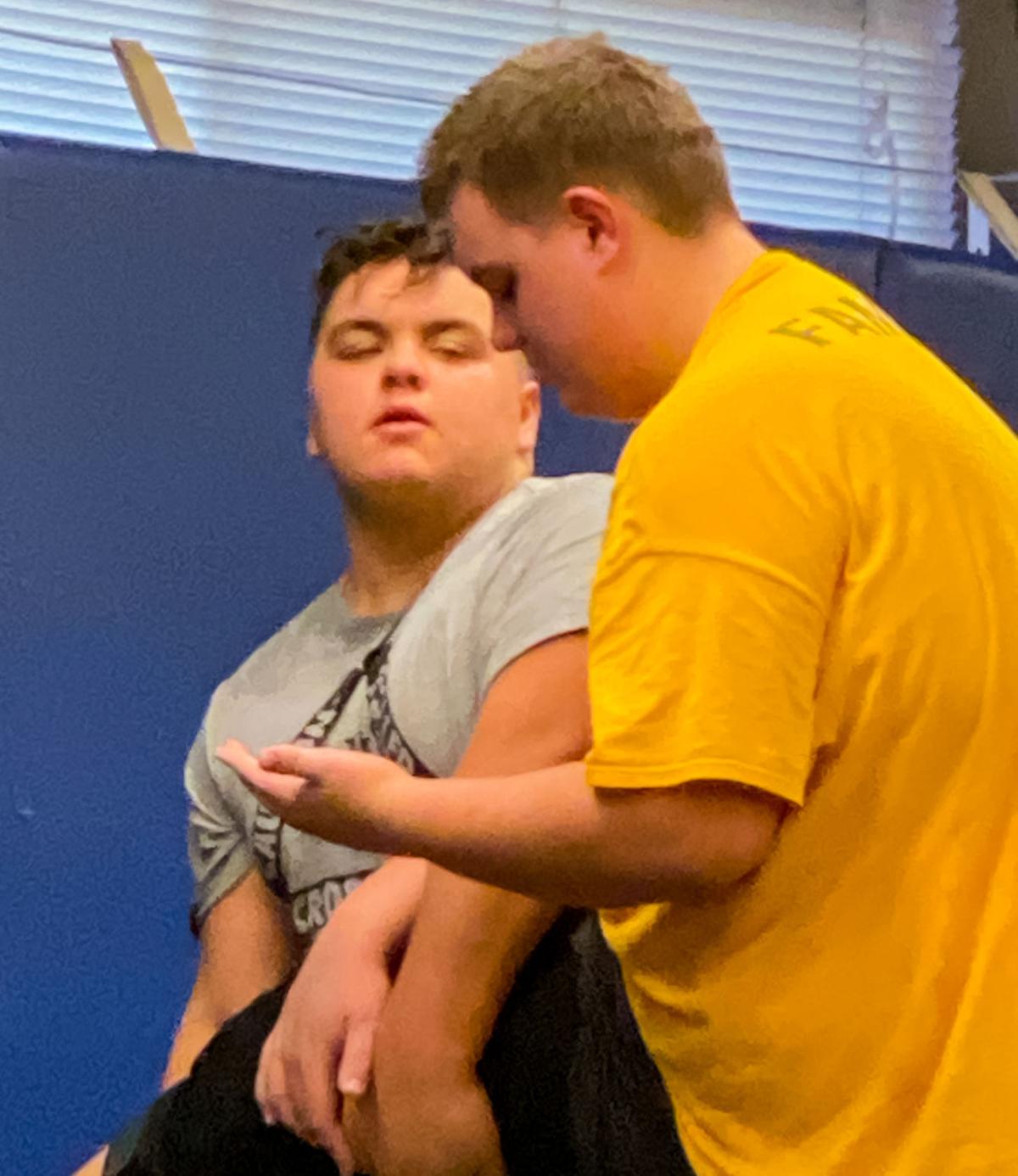 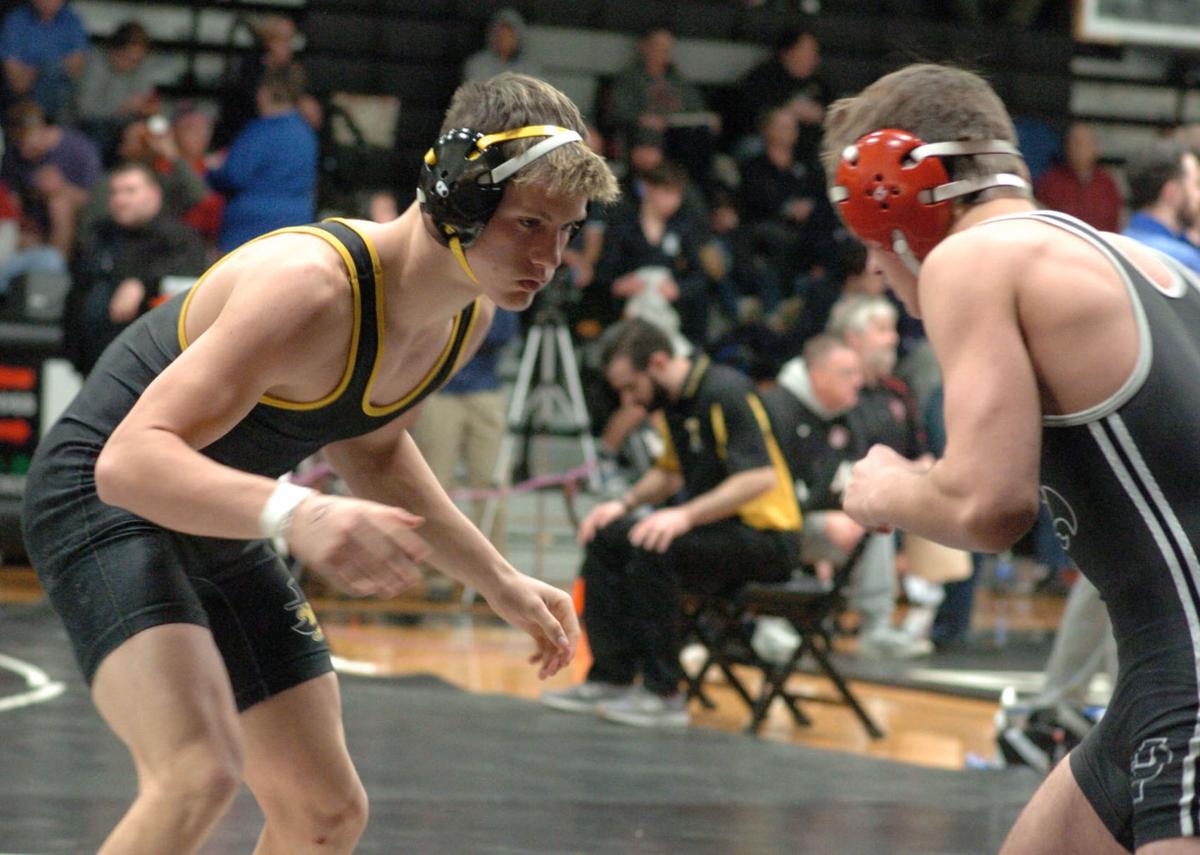 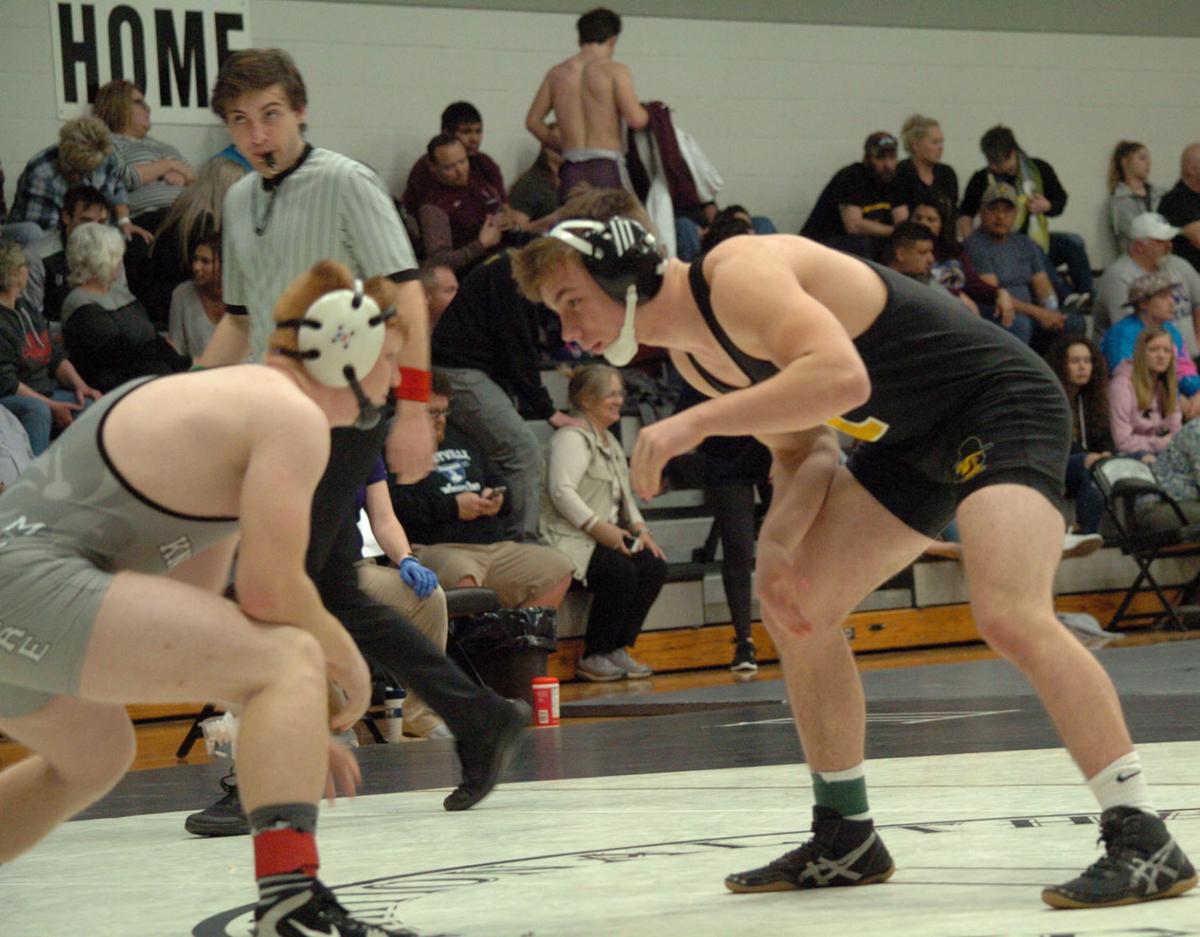 After the Tuscola Wrestling Team took to the mats last week, in a six-team scrimmage at Enka High School, second-year Head Coach Kyle Katz noted some strengths and, naturally, some challenges for this year’s team.

“The numbers are good,” Katz said. “We have more football players and multiple sport athletes joining the team. We are young but have the capability of placing in the top three of the WMAC.”

“I think we are looking strong,” said senior 160 pounder Drew Gilland when he started practice after football season. “We have eight returning starters. We have a lot of freshmen with promise. I think that we will be competitive.”

According to senior three-year letterman Gavin Tannerhill, “I want to make it to the State Tournament. I want to win State.”

Tannerhill missed the tournament by one match for the second season in a row.

Tuscola has had five State Champions over the years. The first is Lonnie Pressley at 148 pounds in 1978. The latest is Blake Magalhaes at 140 pounds in 2004. Tannerhill will anchor to the 145-pound spot on the team. Both Tannerhill and Gilland are serious competitors for WMAC all-conference awards. Tuscola currently has two wrestling coaches in the Hall of Fame, John Sanderson and Stephen Atwood, former Appalachian State Heavy Weight.

Senior Max Coulter, who wrestled second to last year’s stand out Jack Logan, is the probable starter at the 170 slot.

“We are going to do pretty good this year,” Coulter said.

“But we still have a lot of young guys,” he said.

“Right now I am eating a lot of protein and lifting weights every day,” Hernandez said.

Andy Brown could “be tough to beat” at 126. A senior new to wrestling, after four years of Jui-Jitsu, is Aiden McCoy-Ybanez. McCoy-Ybanez hopes to compete in the 182-pound class. Senior leadership should boost the Mounties to higher performance levels this season. Tuscola finished “in the middle of the pack” last year according to Coach Katz.

The National Wrestling Coaches Association, (NWCA) lists 14 official weight classes for high school wrestlers beginning at 106 pounds and ending at 285 pounds. In order for an athlete to compete, a required Hydration and Body Fat percentage must be submitted to the State Association for regulation.

“Really, this is an honest attempt to make cutting weight in wrestling safer for the athletes,” said John Sanderson, a former class of 1969 Tuscola wrestler, State Tournament referee and National Coaches Associations Hall of Fame coach. “Every participant must certify at the first of the season, then weights and percentages are collected daily for submission to the State in Raleigh.”

The NCHSAA rulebook states, “Each State Association must submit a defined weight loss plan that prohibits excessive weight loss and dehydration during the season,” Sanderson candidly states. “This is far better than ‘back in the day’ when I wrestled.”

The fact of ‘making weight’ does not phase Junior grappler Tyler Boger, (no relation to legendary Coach Art Boger the founder of Tuscola Wrestling) in 1968.

“I have wrestled for the last two seasons in the 106-pound class while only weighing 102 or so,” Boger said. “This year I have filled out and weigh a solid 106.”

According to Coach Katz, “Tyler is attentive, learns quickly and conditions hard.”

Junior DeShawn Cullins is back after a year off. Cullins is a returning WMAC 126 pound Conference Champion and a natural athlete.

Among the Sophomores is Jaden Mintz, a returning starter and muscular go-getter at 195. The Baker brothers, Nick and Mason, are middle weights recovering from football season. Both expect to be practicing soon. Truogan Nguyen, a lithe and lean lightweight, is working hard along with co-lightweight Clint Fowler.

One or the other will claim the 120 lb. or 126 lb. position. Competition for the coveted 285 lb. class will be intense for footballers Ian Enngren, a second year wrestler, and newcomer Freshman Boone Williamson. Both are quickly learning how to “throw their weight around.”

“The Heavies are young but working hard,” Katz said.

Three females are competing for positions this year. Sophomores Leah Gilland, Drew’s “kid sister,” Jenny Suputac, and freshman Kaitlyn Price. All three appear to love the sport. According to Katz, Tuscola will compete in at least two major tournaments that will include full women’s teams.

“Right now we are focusing on technique and conditioning,” Katz said. “Mostly conditioning, when an athlete grows tired, his ability to perform breaks down, increasing the chance of injury and defeat by his opponent.”