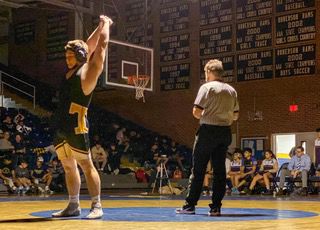 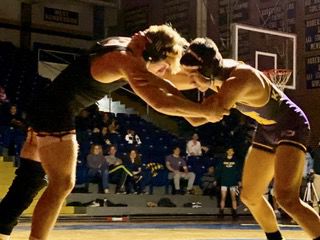 TAKEDOWN — Tuscola's Drew Gilland gets in position for a take down. 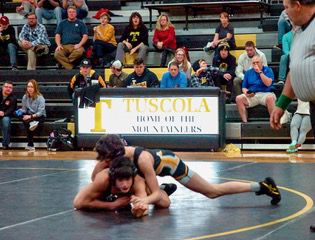 GRAPPLE — Clint Fowler gets the upper hand over West Henderson. 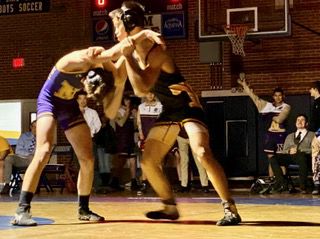 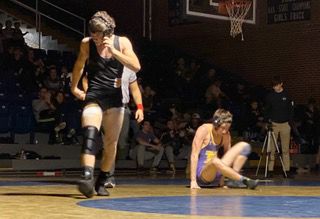 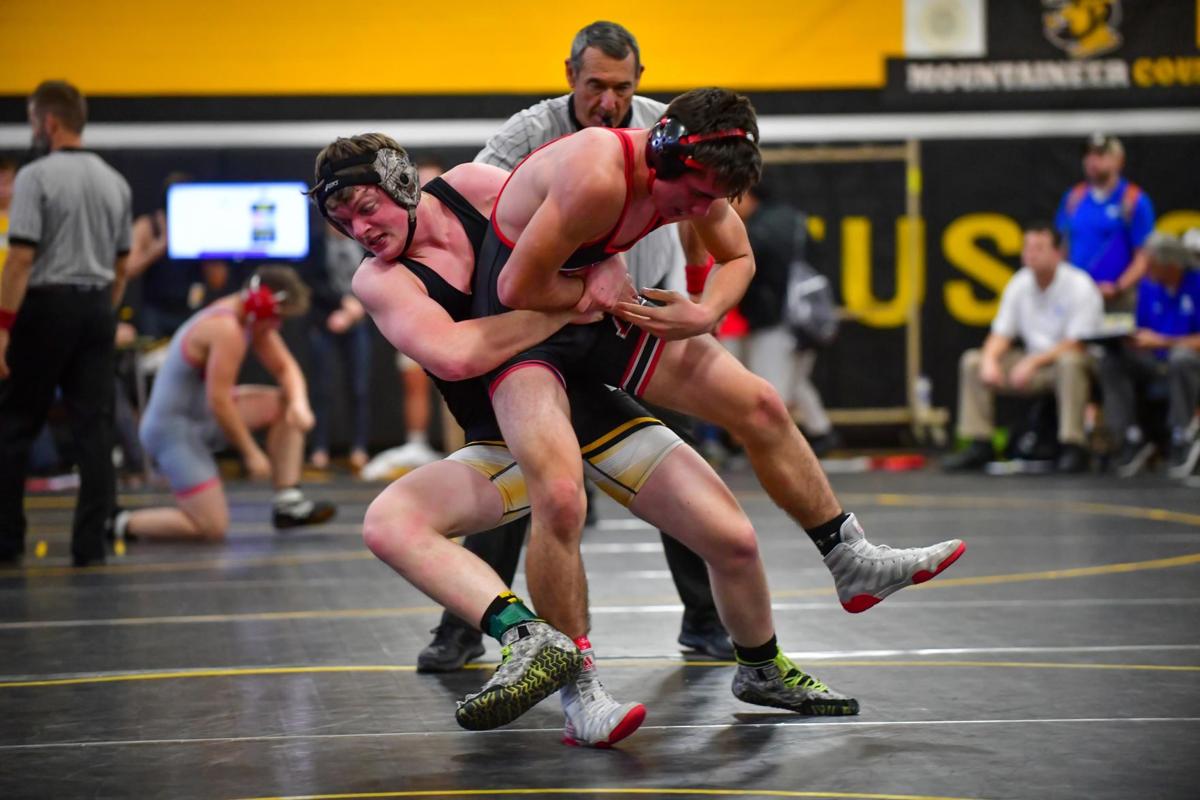 WRESTLE — Tuscola’s Max Coulter takes down his opponent in the Neo Classic.

TAKEDOWN — Tuscola's Drew Gilland gets in position for a take down.

GRAPPLE — Clint Fowler gets the upper hand over West Henderson.

WRESTLE — Tuscola’s Max Coulter takes down his opponent in the Neo Classic.

Tuscola Wrestlers had an action packed second week of January. First up was a tri-meet on Jan. 7 with West Henderson and Asheville High, both conference foes. The Mounties wrestled West first in a thrilling meet with lots of action. Tuscola eventually fell short 39-27. The meet came down to the last match at the 170-pound class. Tanner Hooker fought hard, had his opponent on his back and scored points but fell short of the win. The Mountaineer wrestlers had a shot and fought hard the entire time.

Next up for Tuscola were the Asheville Cougars which the Mounties made quick work of with a 62-15 win. Taylor Boger at 106 lbs. picked up a pin, Truongan Nguyen at 126 lbs. also pinned, Mason Baker lost a 9-8 heart breaker at 132 lb., Jesse Delcambre pinned at 138 lbs., Tannerhill and Hooker won by pins and Jaden Mintz at 195 lbs. won by decision at 5-1.

Next up on Jan. 9 was another Tri-Meet for the young and promising Tuscola team against WMAC conference foes T.C. Roberson and North Henderson, hosted by the defending WMAC champions at T.C. Roberson HS. Tuscola wrested Roberson first in another thriller match. But when all was over and done the Mounties fell short 42-31. Again several wrestlers showed talent and leadership with pins and wins. Drew Gilland at 160 lbs. wowed the fans with a major decision of 15-3, Mintz at195 lb. won by decision 7-0, Boger gotanother fall, Baker got a pin too at 132 lb. and senior leader Tannerhill got another pin for the season. A very good meet with lots of fan interaction on both sides.

One could feel the drum of feet on the gym floor as some two dozen North Henderson Knights entered the venue. The defending WMAC Conference champions had obliterated 20 some other teams in the Smoky Mountain Grapple just two weeks ago. And they looked like it. But the Tuscola Seniors are a tough group to tangle with. Max Coulter at 170 lbs. got a pin and so did Gilland at 160 lbs. and Tannerhill earned a technical fall to win 16-0. Mintz disabled his foe for a default injury win. Baker picked up a big pin in a frenzy of action to wrap it up. North Henderson, the defending conference champions won 54-29 but the Mountaineer wrestlers didn’t make it easy for them to do.

Bears 2020 vision: More must be done to maximize Mack