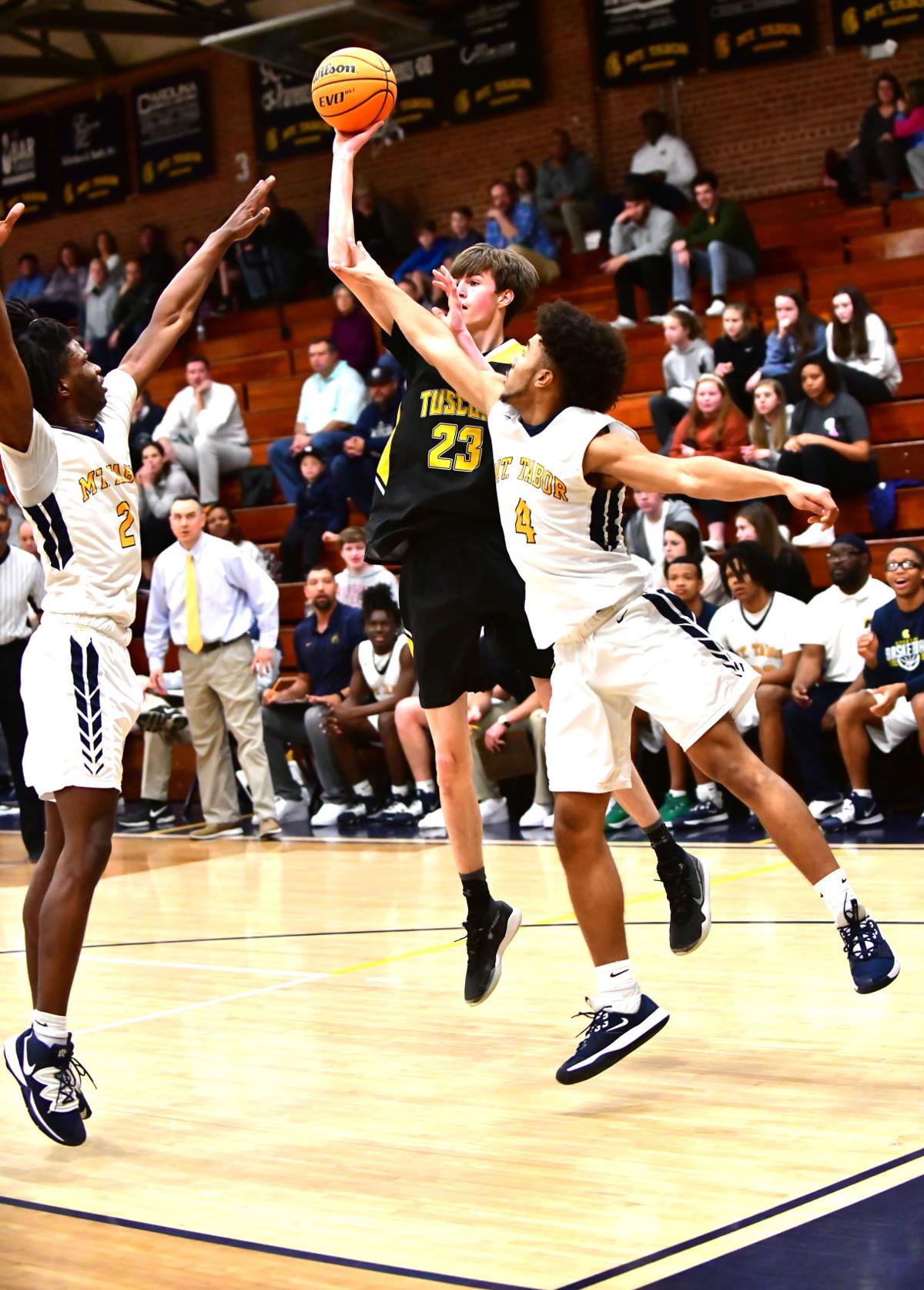 PASS — Tuscola’s Nate Brafford looks to fight off defenders for a passing option against Mount Tabor. 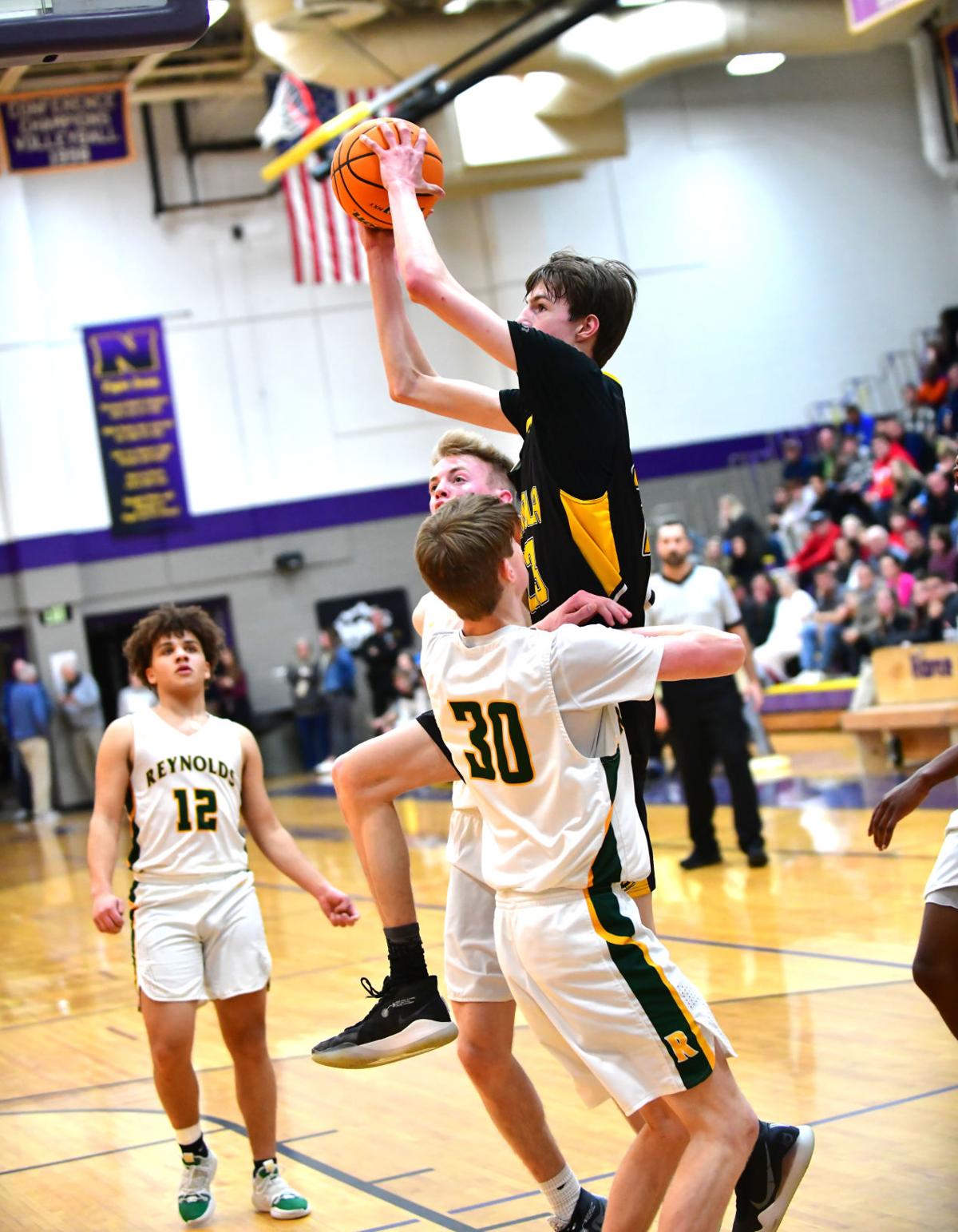 LAY UP — Tuscola’s Nate Brafford goes for a lay up in the WMAC championship game. 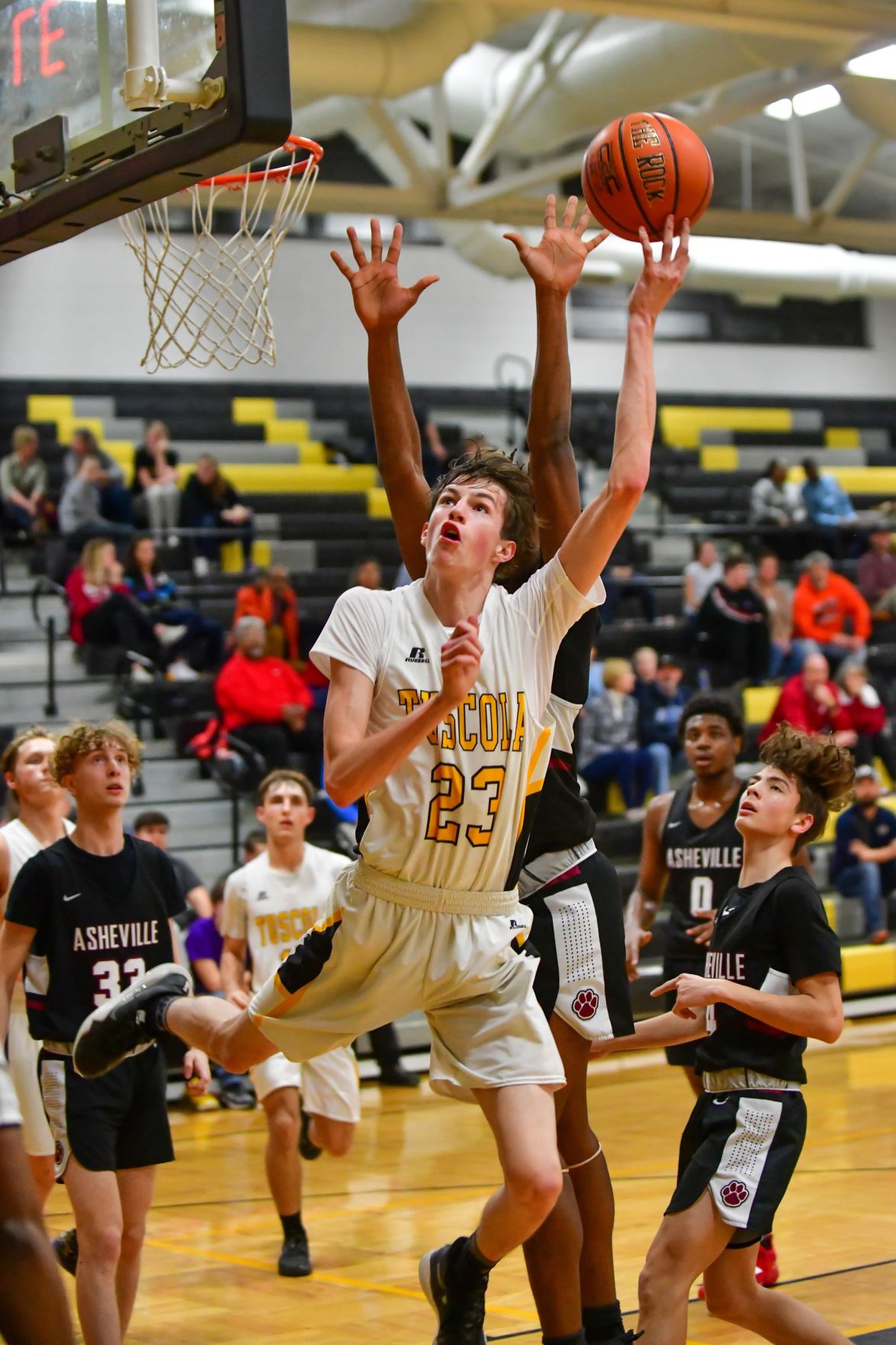 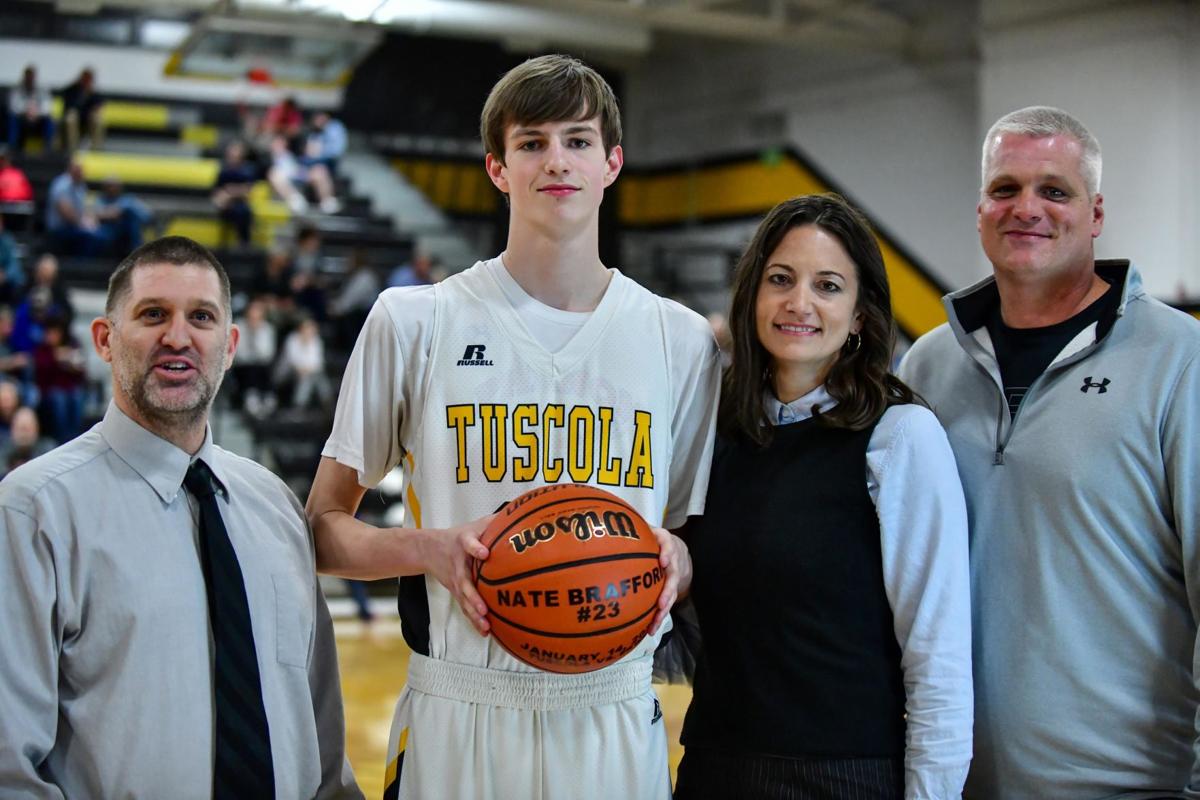 PASS — Tuscola’s Nate Brafford looks to fight off defenders for a passing option against Mount Tabor.

LAY UP — Tuscola’s Nate Brafford goes for a lay up in the WMAC championship game.

Brafford was named to the third team, bringing more recognition to himself and his program after previously being named the WMAC Conference’s co-player of the year.

“It’s cool to have people outside the conference knowing who I am and recognizing me like that,” Brafford said. “It just shows how people from a small town can also get recognized.”

“It’s very special for Tuscola,” said head coach Nathan Messer. “It puts us on the map. That’s one of our biggest things. We’re out here in nowhere. People see Tuscola and are asking where that’s at. Now they get to look it up and figure out where he’s at. That’s huge for us.”

For Brafford, being able to put Tuscola on the map like that and feel the support from the community is a special feeling.

“A lot of people are proud of me, like my parents, coach Messer and my family,” Brafford said. “It’s definitely really cool to see all the people that are behind me and watching me do good things.”

While Brafford’s accomplishments bring recognition outside the county, they also continue to grow the game within it, and draw bigger and bigger crowds to Tuscola’s basketball games.

“It brings people into games that have never been to watch a basketball game,” Messer said. “You’ve got people coming into the stands and going to different places, traveling with us just to see him play, which also brings our other kids, it brings them up a level because they know they’re coming and watching. So our level of play gets better, and it also helps us because young kids see that and they see what he’s had to do to get to where he’s at. So now they’re working hard also. It’s like a trickle-down effect, helping us out big time.”

Being able to bring recognition to a game he loves, one that has been, at times, undervalued, in the county is another reward for Brafford.

“It’s awesome,” Brafford said. “Usually people think of Haywood County as a football county and don’t really pay much attention to any other sport. For people to start coming out to more basketball games and paying more attention is really cool.”

Tuscola’s coaches, players and fans recognize the hard work Brafford puts in on a daily basis to get where he wants to be.

Now, it’s clear that coaches across the state recognize it as well.

As Brafford’s exploits have drawn the attention of college coaches, a time that should be key in his recruitment is facing a major disruption.

With gyms closed, travel and AAU basketball on hold and in-person recruiting halted due to the Covid-19 pandemic, Brafford is facing a different kind of recruitment. He can still talk to coaches and send in film, and Messer believes this situation will bring on more of a virtual recruiting cycle.

Still, being who he is, Brafford’s doing what he can to stay in shape and keep his skills sharp.

“I’ve just been staying out on the court doing drills,” Brafford said. “Across from Lake Junaluska, there’s a little outdoor court, so me and a few of my friends have been going up there, still getting our shots up and still doing our ball-handling drills, getting work in.”

With the hope being that the present situation will be in the rearview, and life back to normal, by next basketball season, talk has already begun about Brafford’s senior year, which will be among the most anticipated in recent memory for Mountaineers basketball.

“In years back, we’ve had people like Jonathan Crompton and Tyler Brosius get recruited big and heavy,” Messer said. “We’ve had some kids in basketball go smaller, but not like this. His potential of being recruited really big, it’s been a long time. It’ll put us on the map. But I think it’s exciting for him, his family and the school. All the kids at our school are enjoying watching it happen.”