Sign Up
Log In
Purchase a Subscription
You have permission to edit this article.
Edit
Pisgah / Tuscola Cash Clash 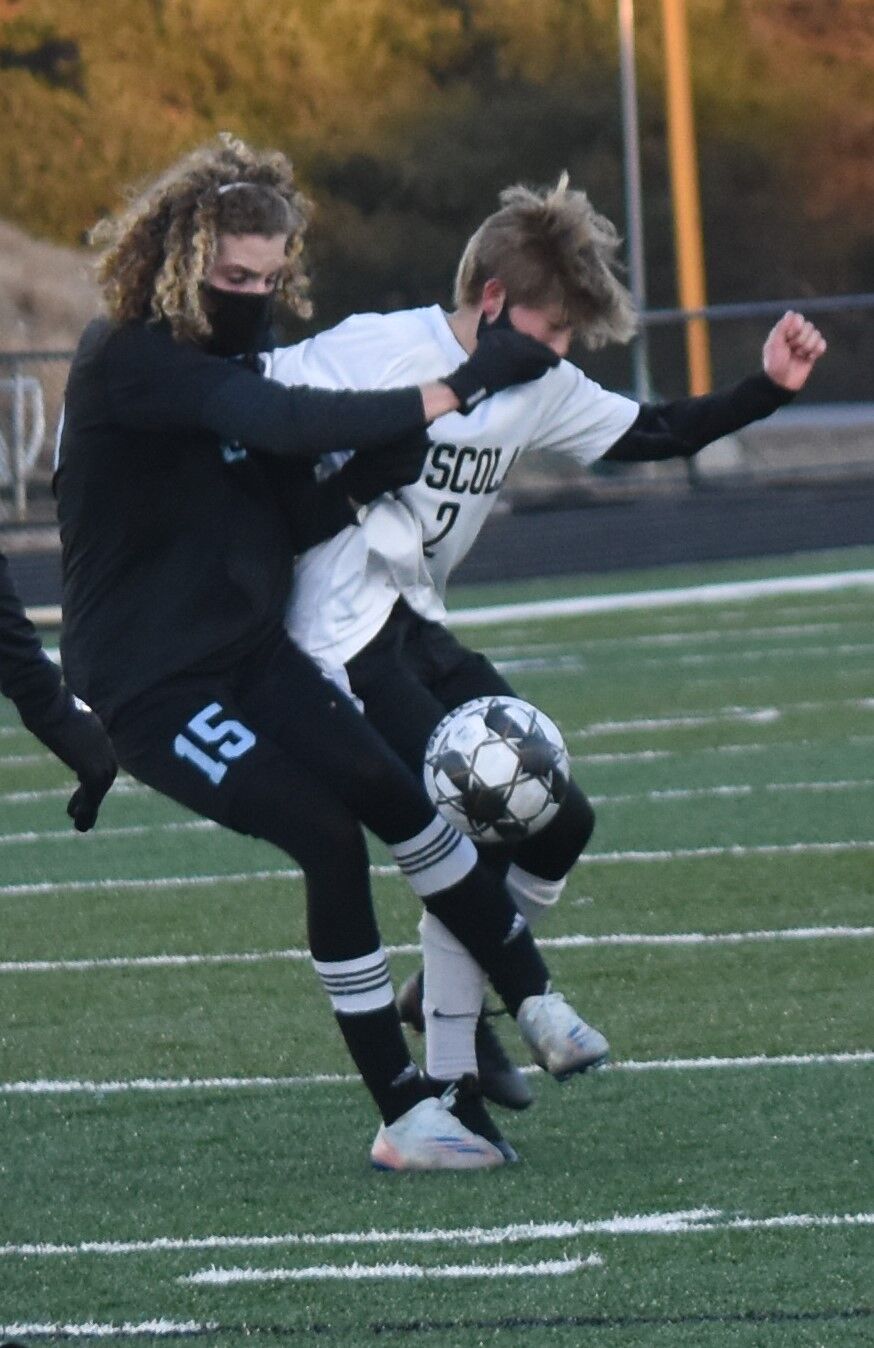 GAME ON — Tuscola’s Sean Fitzgerald mixes it up with Enka’s Palmer Dangerfield. 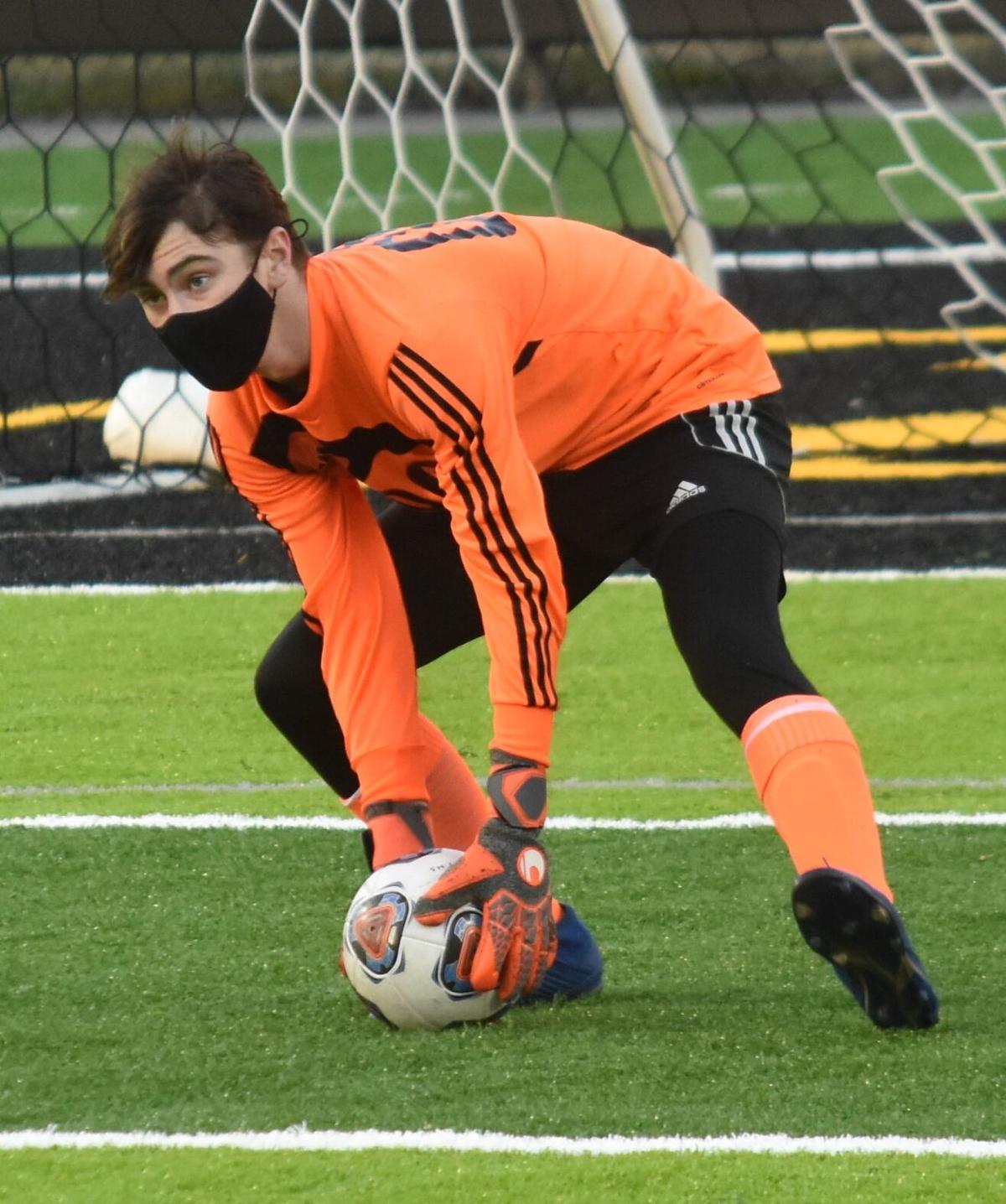 STELLAR PERFORMANCE — The Mountaineers’ Luke Wilson was named Max Preps Player of the game for making “key saves and stops” throughout the match. 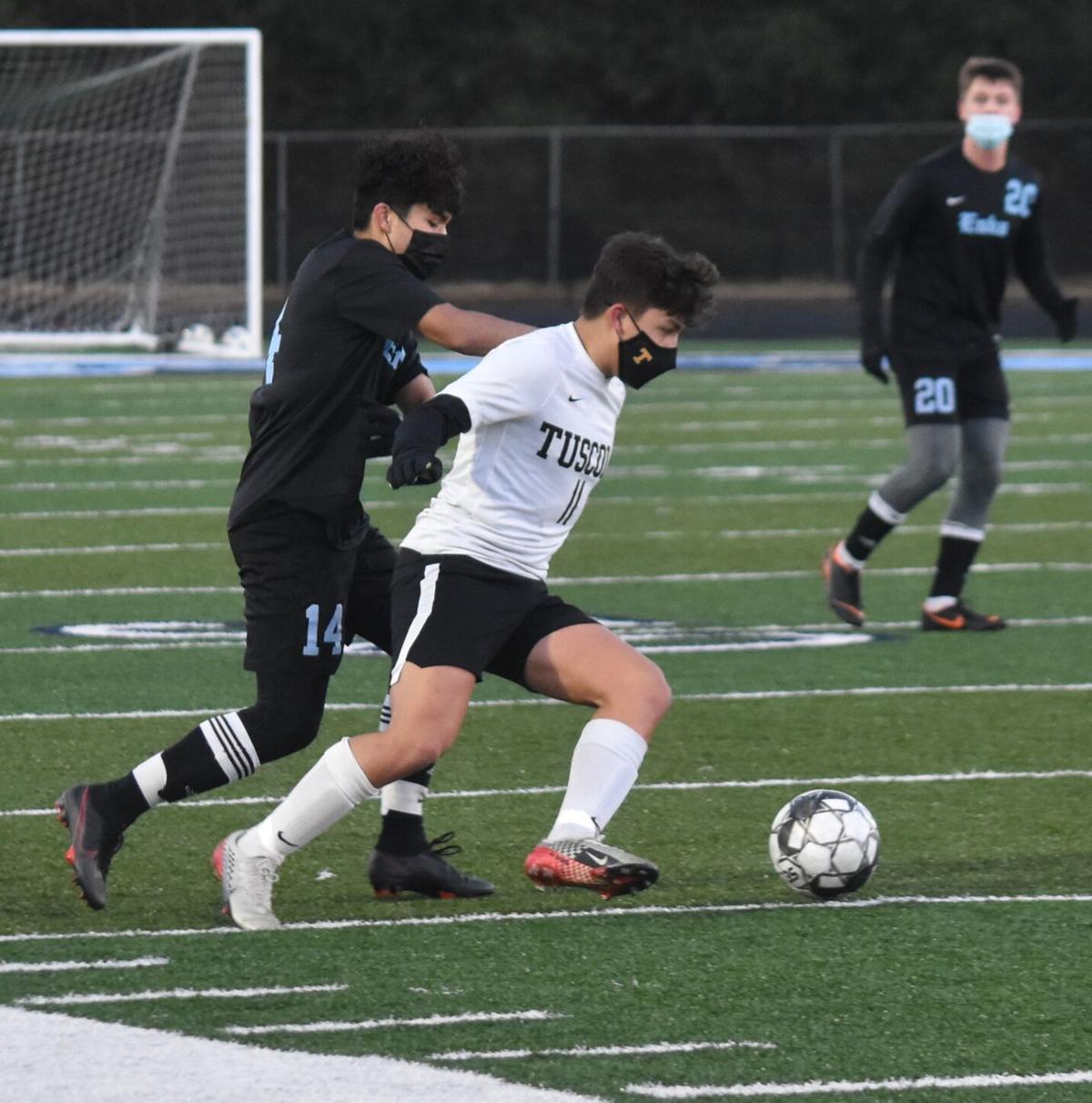 Martin Tox fights for possession. Tox and Bryce Worley were credited with making the two goals in the the Mountaineers’ 2-0 win over Enka on Friday.

GAME ON — Tuscola’s Sean Fitzgerald mixes it up with Enka’s Palmer Dangerfield.

STELLAR PERFORMANCE — The Mountaineers’ Luke Wilson was named Max Preps Player of the game for making “key saves and stops” throughout the match.

Martin Tox fights for possession. Tox and Bryce Worley were credited with making the two goals in the the Mountaineers’ 2-0 win over Enka on Friday.

“Good things come to those who wait, but only what’s left from those who hustle!” — C.W. “Abe” Lincoln

Tuscola stepped onto the pitch Friday night with the determination and the desire to win. Throughout the match, the Mountaineers’ cohesiveness as a team was apparent — offensively, they were connecting on passes, making runs and taking shots on goal; defensively, they were shutting down goal scoring attempts by the Jets.

Communication and hustle among the offensive and defensive teams played key roles in the Mountaineers’ 2-0 victory over the Jets.

“Winning the first game of the season was a straight feeling of adrenaline, and (at the same time), gratitude, that the game was over. Tonight, we stepped up and played as a team. We communicated and moved as a unit, keeping pressure on Enka till the very end, which led to our victory,” Wilson said.

Tuscola’s Martin Tox rocketed a shot from the 15-yard line into the upper corner of the goal at the 23-minute mark, giving the Mountaineers a 1-0 advantage.

Enka’s defense settled down and denied any further goals for the remainder of the half. Early in the second half, the Mountaineers’ Nolan Martin was tripped in the box, which resulted in a penalty kick. Teammate Worley blasted the PK into the back of the net, increasing the Mountaineers’ lead to 2-0.

Tuscola’s defense remained rock-solid throughout the match, shutting down Enka’s attacks on goal.

“We really started to play like a team (in the game against Enka),” said team captain Martin Tox. “Working as a team is ultimately what won us the game along with a (strong) defense and communication.”

“It was really important to get that first win. The team needed a morale boost and I think winning a hard-fought game really helped,” said team captain Worley. “The difference was we were all on the same page. We all wanted the team to win rather than us play good individually.”

Saves: Wilson recorded four saves, earning his first shutout and win of the season. Wilson also was named Max Preps Player of the game for making “key saves and stops” throughout the match. Through hard work, determination and dedication to his team, Wilson has recorded 65 saves between the pipes for the Mountaineers this season. His teammates wanted to make sure “Luke got the win (against Enka) given all of his hard work between the posts this season,” said Tuscola Head Coach Ian Meeks.

Standout of the game: Wilson

Thoughts on the game: “The boys came to play together today. They were determined, passed smooth, communicated and worked all night as a team,” said Meeks. “I was happy to see them trusting each other, playing as one unit and having confidence. We kept the pressure on and built on counterattacks. I’m proud of the team’s ability to finish what they started tonight, and it is a great start to the second half of the season.”