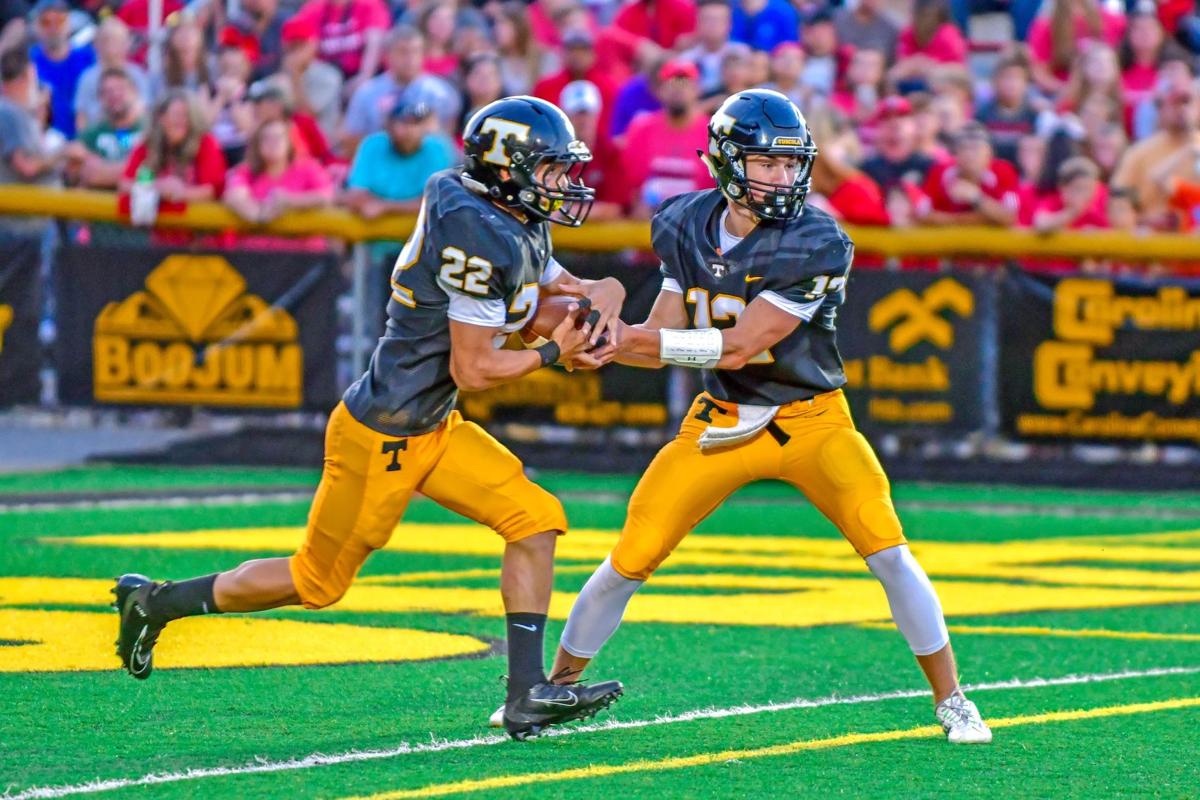 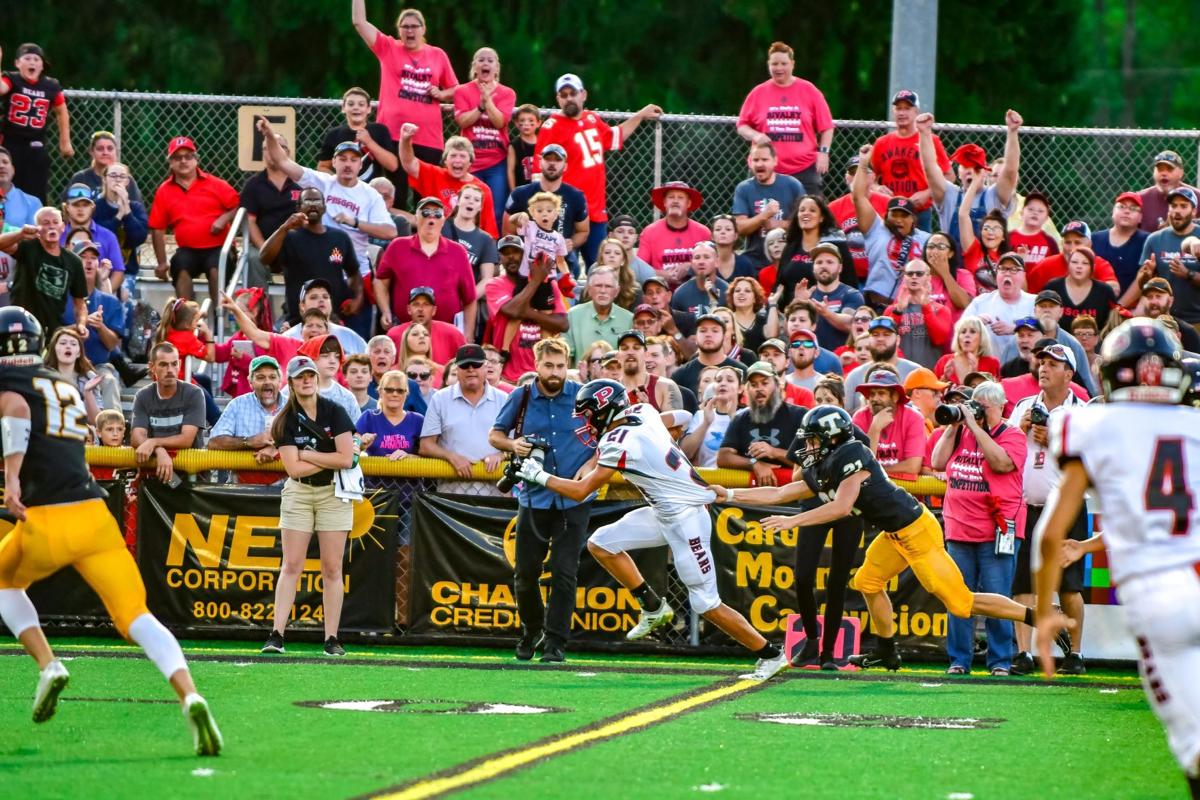 COUNTY CLASH — Tuscola’s Gavin Tannerhill attempts to bring down the ball carrier as Coleman Bryson looks to cut off the angle.

COUNTY CLASH — Tuscola’s Gavin Tannerhill attempts to bring down the ball carrier as Coleman Bryson looks to cut off the angle.

Tuscola football will look to get off on the right foot in conference play this week. Following an 0-2 start to the season, the Mountaineers will host Enka at CE Weatherby Stadium Friday.

Tuscola fell 34-10 at a tough, 5A opponent in Rhea County week one and lost 14-0 to rival Pisgah in the Haywood County Clash last week. While the Pisgah loss was an emotional one, Tuscola will need to move forward as it starts WMAC play.

“You have to,” said Mountaineers head coach J.T. Postell. “We have nine games left and a new season begins with conference play.”

The game against Pisgah also took a physical toll, with several players getting banged up, but Postell said everyone is good to go against the Jets.

Despite the team dropping its first two games, Postell is pleased with the performance of his defense, especially after holding the Bears to 14 points.

Offensively, the Mountaineers will need to avoid some of the mistakes and penalties that have plagued them on first down to set up more favorable situations.

“I feel our defense has played well the first two games, “Postell said. “We definitely need to improve on tackling, but overall they have done a good job. Offensively we just need to get back to running the football and get a tougher mindset.”

After winning its first game 16-0 at Rosman, Enka has suffered two blowout losses in a row: 42-7 at Pisgah and 44-14 against Swain County.

Despite that, however; Postell knows the Jets will bring a tough challenge, and the Mountaineers will need their A-Game to get off to a 1-0 start in conference.

The Mountaineers had a strong season in the WMAC last year, with a 5-3 record in conference (including a 42-0 win over Enka). Postell knows the importance of getting off to a good start in a tough conference.

“It’s always crucial to get out to a good start in conference play, especially this conference. There will be no easy or off weeks, so each game is vital.”

While the first two games didn’t go the way the Mountaineers wanted, Tuscola still has faith in its talent and potential and will look to stay the course, starting with this week’s conference opener.

“I told our kids the other night that I believe we are still a good football team,” Postell said. “We just haven’t been able to put it all together as of yet. But we need to have a good week of preparation and be ready to get after it Friday night.”