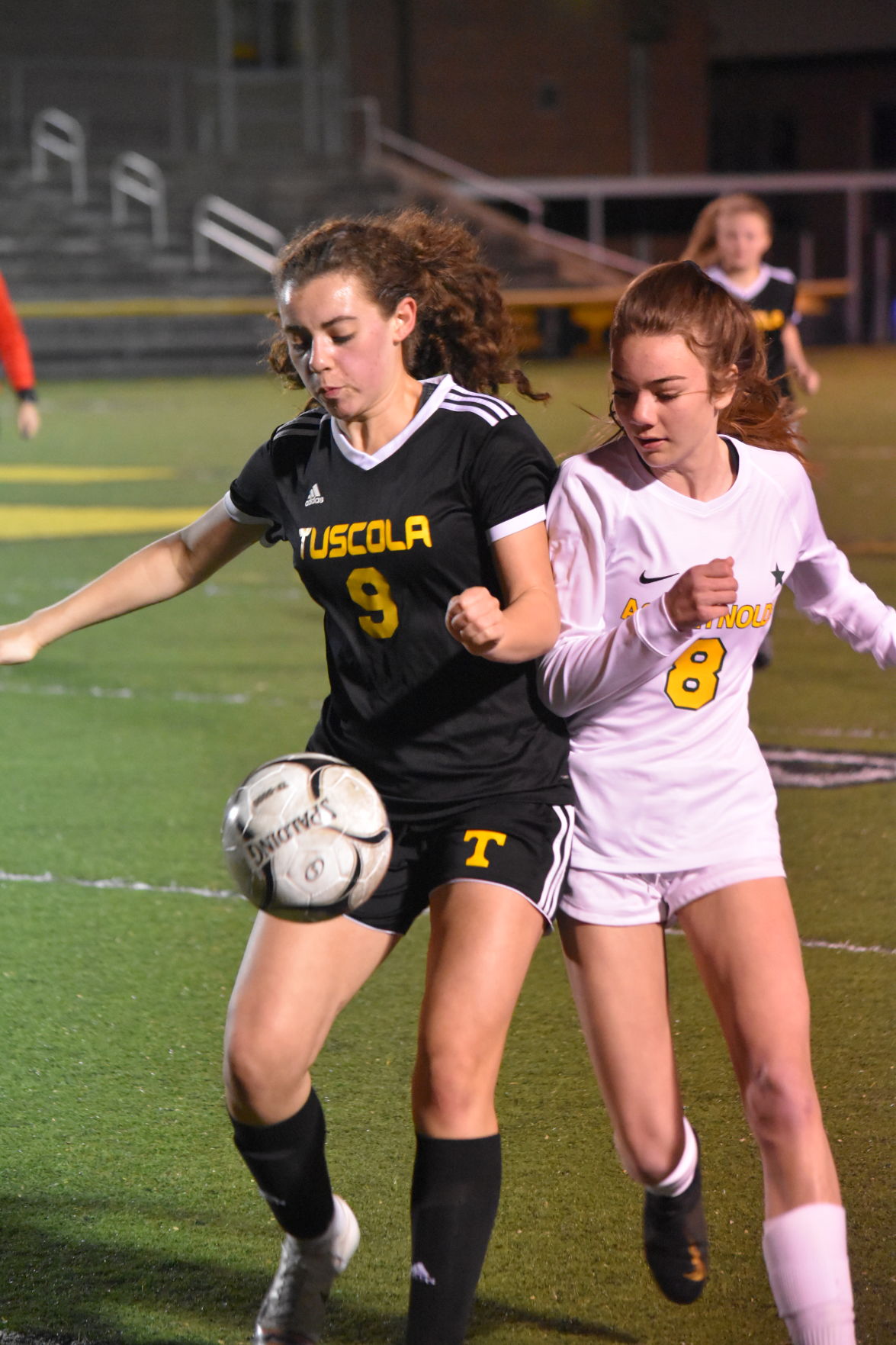 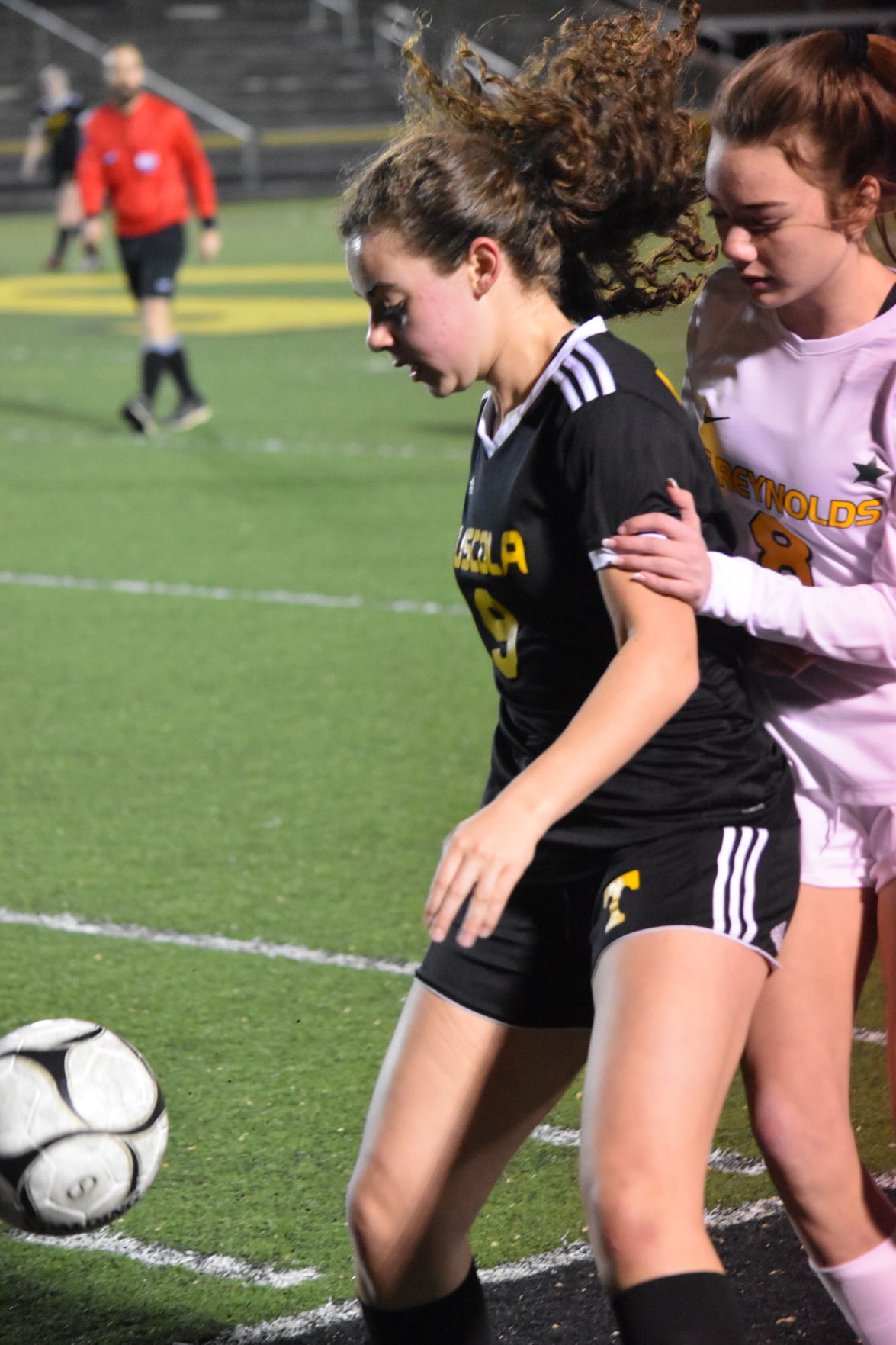 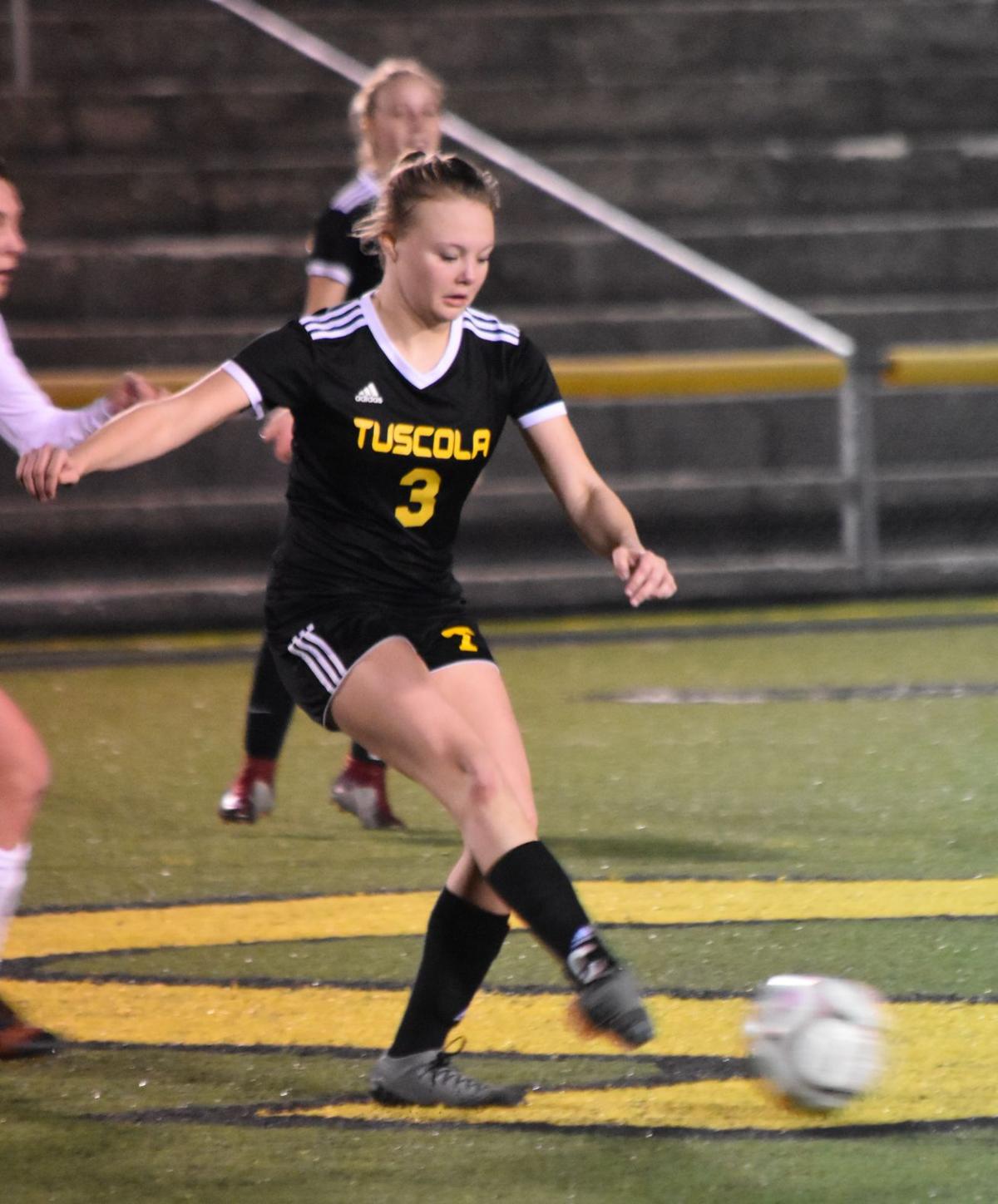 KICK IT— Tuscola’s Gracie Westhoven prepares to kick the ball up field against A.C. Reynolds. 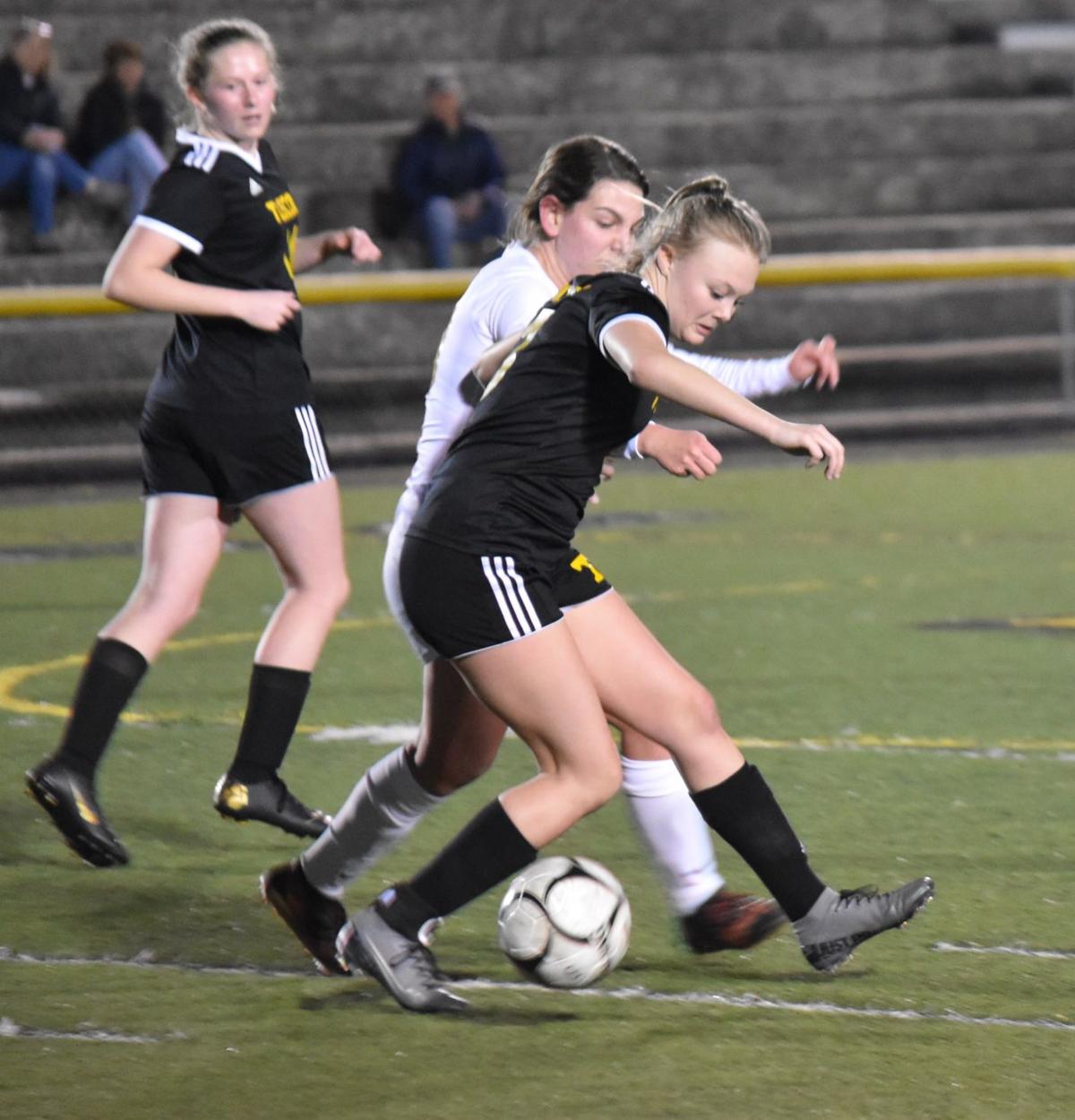 KICK IT— Tuscola’s Gracie Westhoven prepares to kick the ball up field against A.C. Reynolds.

In every sport, there are games who scores are not reflective of the intensity, physicality, and drive to win exhibited by the teams. The Tuscola girls soccer and A.C. Reynolds match was one such game. Coming into the competition, A.C. Reynolds had shut out and mercy ruled Enka, Erwin and North Henderson, scoring a total of 28 goals with none scored against them. That all changed Wednesday night when the Mountaineers stepped onto the turf at CE Weatherby Stadium.

The Mountaineers were tenacious, aggressive and driven in their desire to win throughout the 80 minutes of conference action. In the first half, the Mountaineers’ defense, led by goalkeeper Haley Villazon, denied the Rockets any scoring opportunities for the first 38 minutes of the match.

At halftime the score was 1-0 Rockets. Tuscola was still in the match. Starting the second half the teams came out ready to play and it became a battle of the midfielders, each team vying for possession of the ball. Early in the second half, the Rockets scored five goals in 10 minutes on breakaways, giving them the lead of 6-0 in what appeared to be another shutout and mercy rule for the Rockets, but appearances can be deceiving.

For the next 30 minutes, the Mountaineers’ defensive squad was rock solid, not wanting to give ACR another Shutout/Mercy rule. The match heated up between the Midfielders, each team wanting possession of the ball. In the 71st minute of the match, Tuscola’s Sarah Clarke found the back of the Rockets’ net, giving the Mountaineers their sole goal of the game and breaking A.C. Reynolds’ shutout/mercy rule streak.

“I could not possibly be more proud of our girls,” said Tuscola head coach Liz Epps. “As a coach, I couldn’t have asked for more energy, composure and effort. We are playing against some teams who have one-sport athletes, who make big cuts and who have JV teams that are at the caliber and size of the better half of varsity teams in our conference. The fact that our girls kept the score 0-0 until two minutes to half time as well as scored on a team who has shut out every other team they have played before us, is impressive. The score does not reflect the efforts we put out for 80 minutes.

“Our girls are playing some beautiful, fun to watch soccer right now and I can assure that they, as well as their coaches, are leaving it all on the pitch and that makes me very proud.”