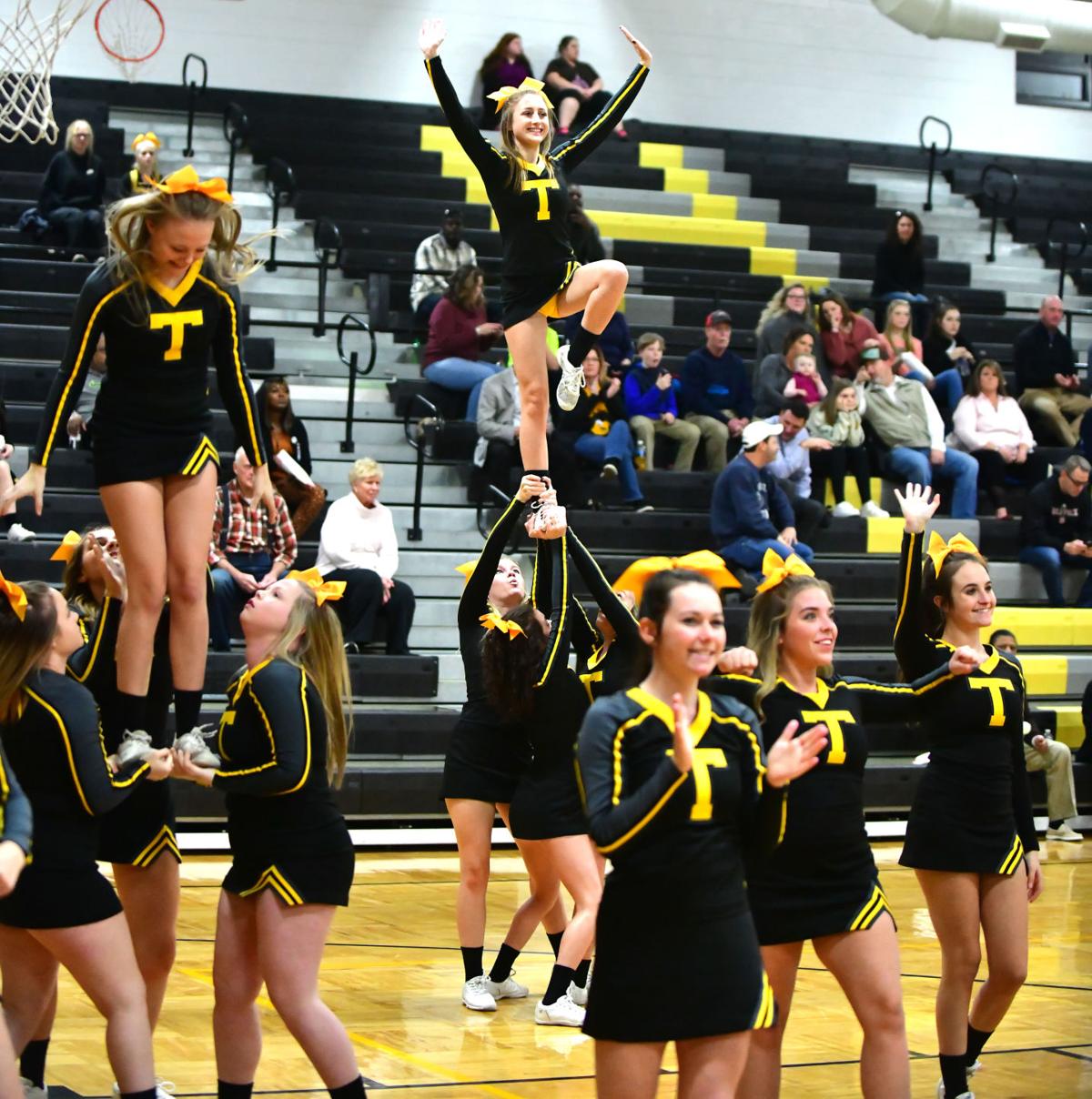 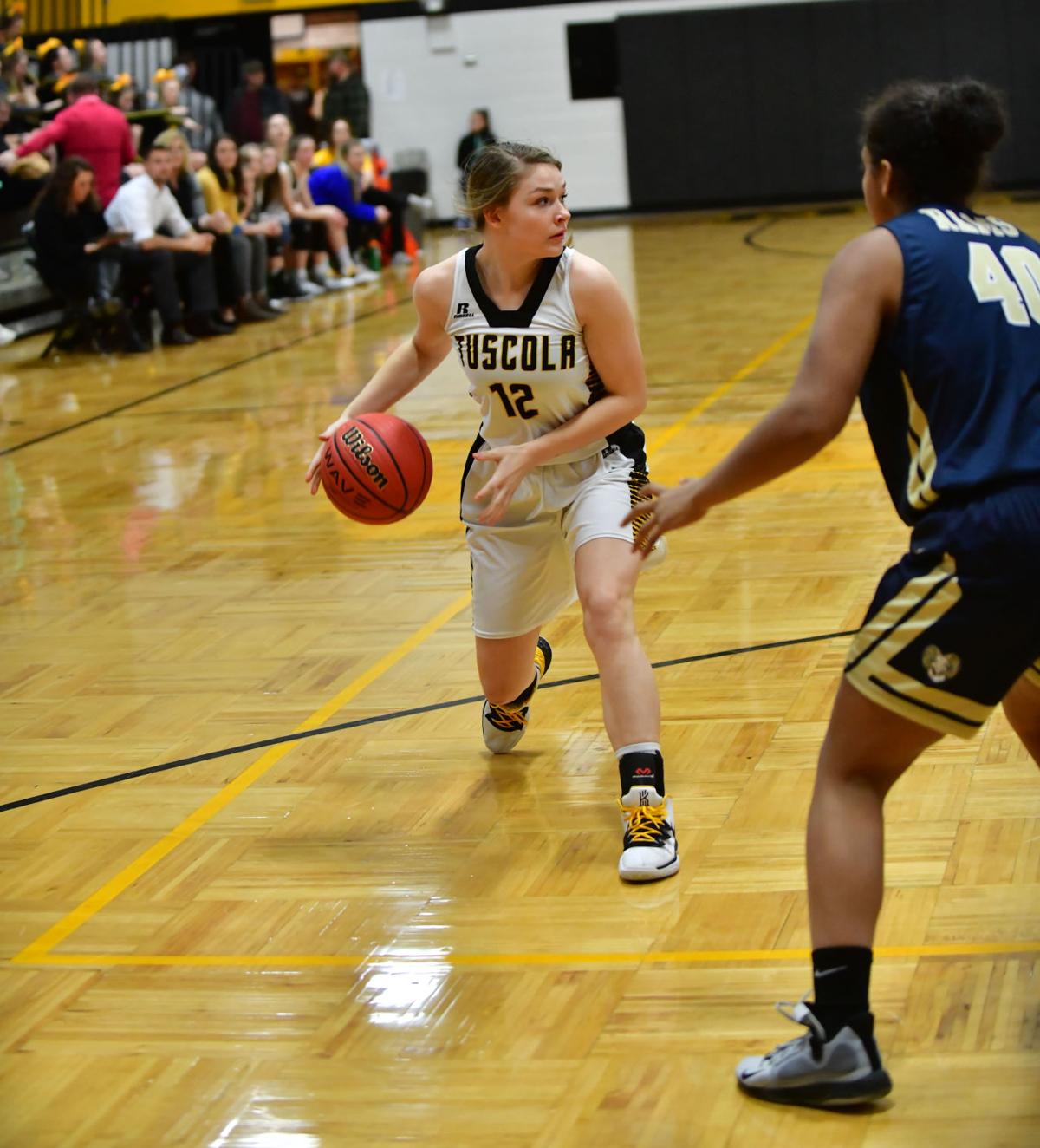 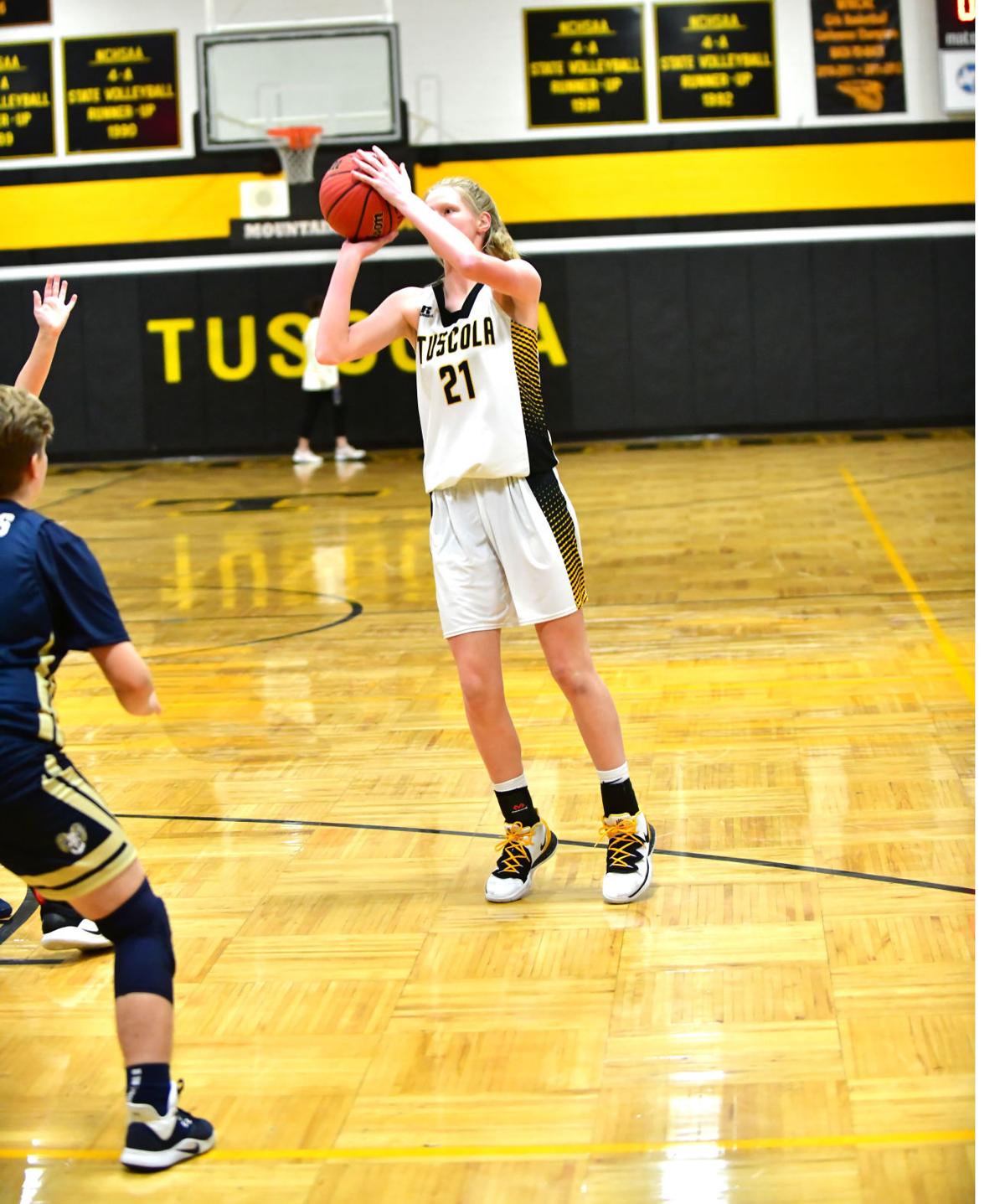 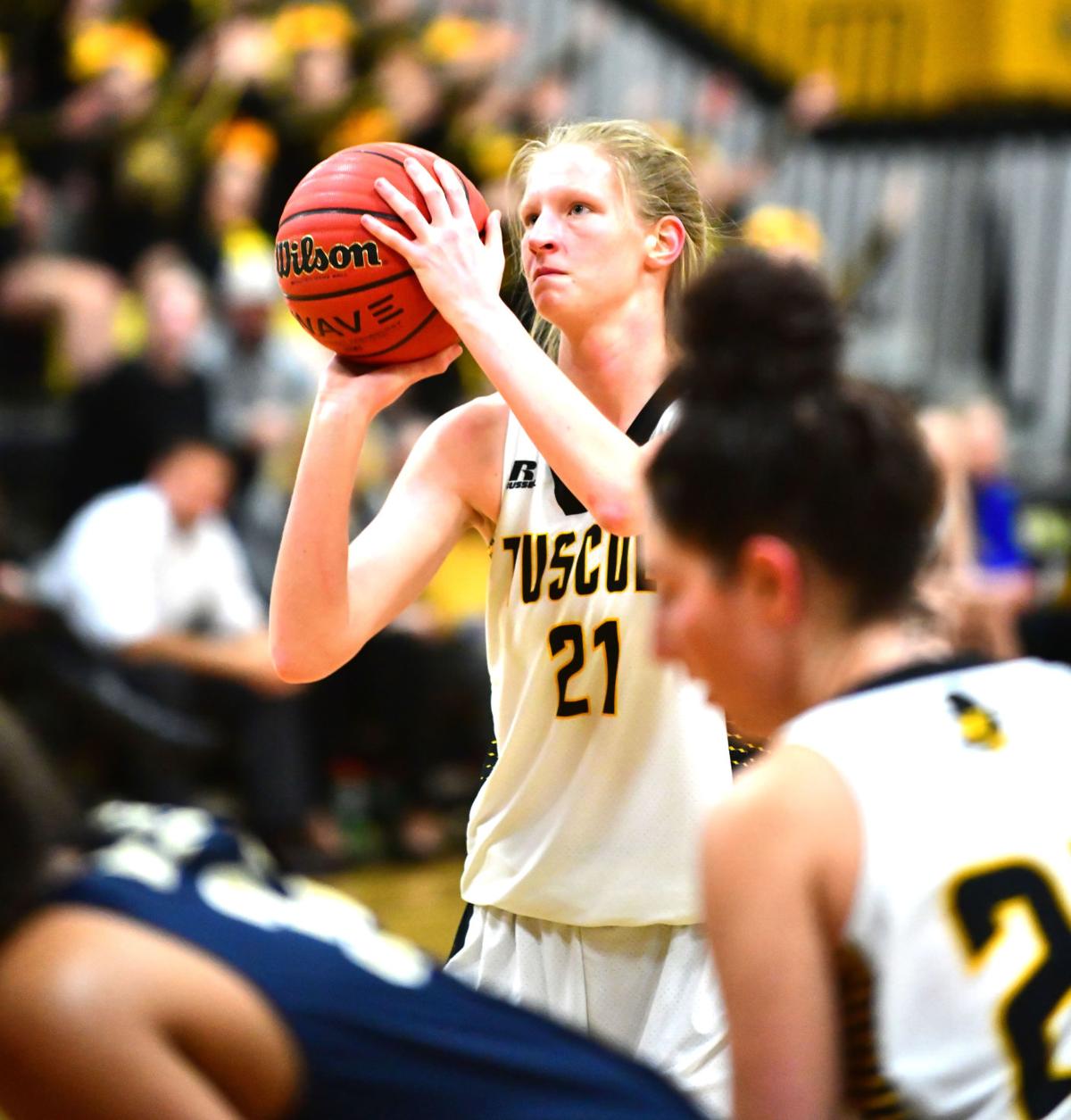 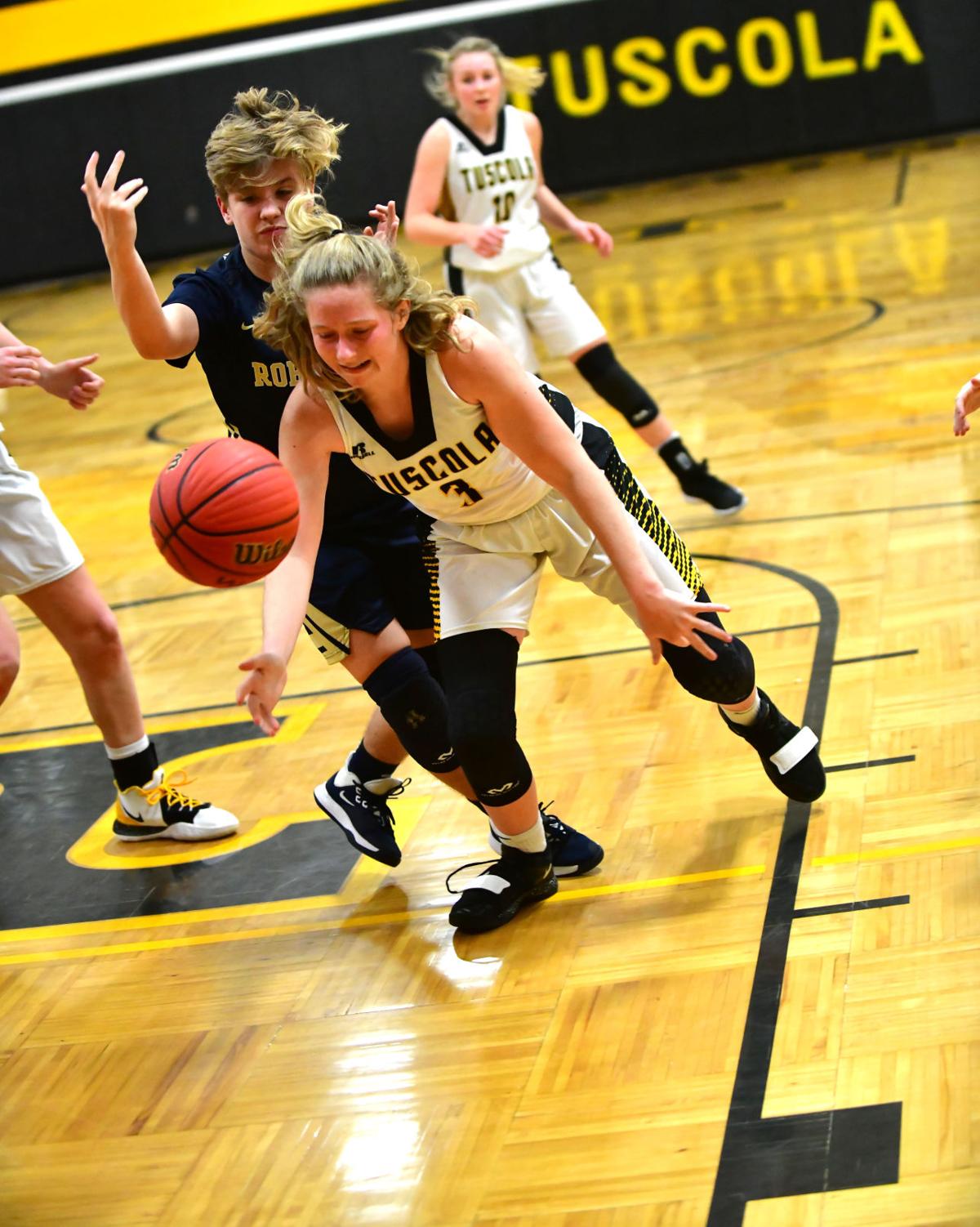 It’s been a banner week for Tuscola girls basketball. Following the team’s first win of the season Tuesday night, the Mountaineers picked up their first home win Friday night, topping T.C. Roberson 56-40 in Waynesville. The Mountaineers have now won two of their last three games and two consecutive conference games.

Junior Gracie “John” Glance accounted for nearly half of the Mounties’ output with 27 points, and senior Brittany Steppleton joined her in double figures with 10. Tuscola played strong defense all night, and hit the big shots when it needed them.

“I’m excited for the girls,” said head coach Pam Bryant said. “We definitely got off to a slower start than we may have liked to, but when the end outcome is a win, you’ve got to be happy.”

The first quarter of this one was a defensive slugfest. Both teams locked it down and didn’t allow open looks, as Tuscola took a 6-4 lead through eight minutes. A close-range shot from senior Emily Trogdon, whose leadership has been a key factor for this team, that bounced in at the buzzer gave the Mountaineers their lead.

The Mountaineers struck quickly out of the gate in the second quarter, taking a 10-4 lead on a pair of free throws by Glance and a steal by Glance that Steppleton cashed in for a layup.

Tuscola used its rebounding, tenacity and defense to balloon its lead to 10 with about two minutes left in the half, capping off a 7-3 run with a 3-pointer from the top of the key by Glance. The Mounties ended up carrying a 21-15 lead into the locker room, thanks in large part to their defense setting the tone.

“The good thing about having great assistant coaches is being able to collaborate on defenses, offenses and so forth,” Bryant said. “We’re able to mix up the defense, so when something isn’t working or if we need to jump on something a little bit quicker, we have that ability to do so.”

The Mountaineers used a 19-10 edge in the third quarter to take a double-digit lead into the final frame.

After the two teams went back and forth to open the third quarter, the Rams were able to shrink Tuscola’s lead to two, but the Mountaineers responded with a well-timed 3 to push it back to five about halfway in.

That ended up being the start of an 8-0 run, as a swish from beyond the arc by Steppleton with 2:53 left in the quarter matched the Mounties’ largest lead of the game at 33-23. That shot was the first of 3-pointers on three consecutive possessions for Tuscola, as deep shots from Glance and Steppleton again put the Mountaineers up by 12. Tuscola took an 11-point lead into the fourth quarter, looking to pick up its first home win of the season.

“They definitely went to a different level in the second half,” Bryant said. “I told them at halftime that it was going to be the second half that ended up defining this team, especially in front of their home crowd. We feel like they defined themselves in the last four to five minutes of that ball game. We kind of played with them and played with them up to that point, but when it was time to start buckling down, they did.”

The Mountaineers stayed in control to start the fourth, continuing to play good defense and hit big shots en route to pushing their lead to 15 about halfway through.

The Rams managed to get back within 12 with about two minutes to play in the game, but no closer, as the Mounties continued to hit their shots down the stretch to salt away their first victory of the season in front of the home crowd.

The Mountaineers will hit the road to face Erwin Tuesday night, looking to run their conference win streak to three. Assistant coaches Alex McClure, Spencer Norris and Jessica Coward are excited about the direction of the team.

“When you look at where it was at the beginning, it was defeating, over and over, for all of us,” McClure said. “But they have just turned it around and they’re not letting their record define them. They’re just playing basketball.”