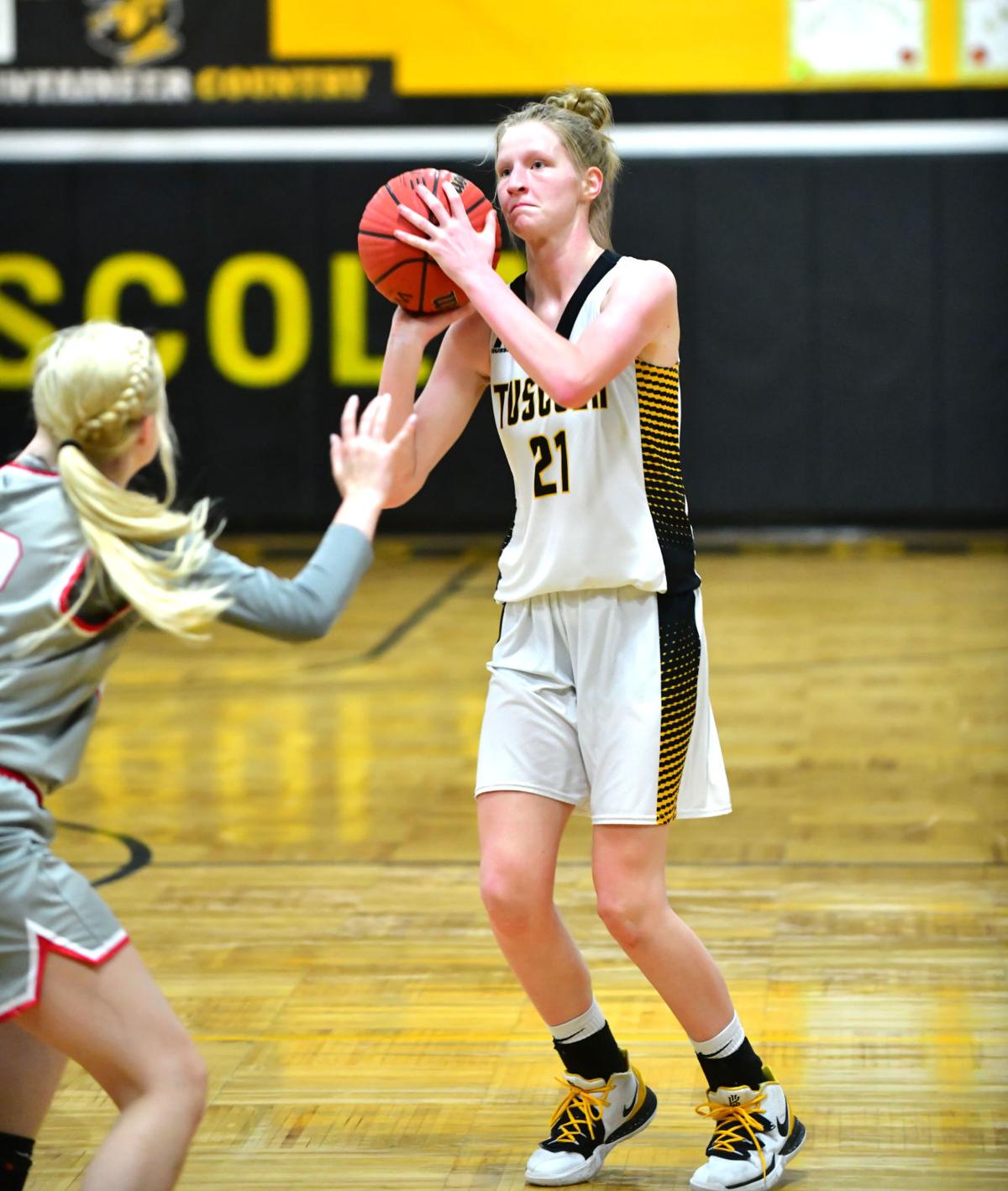 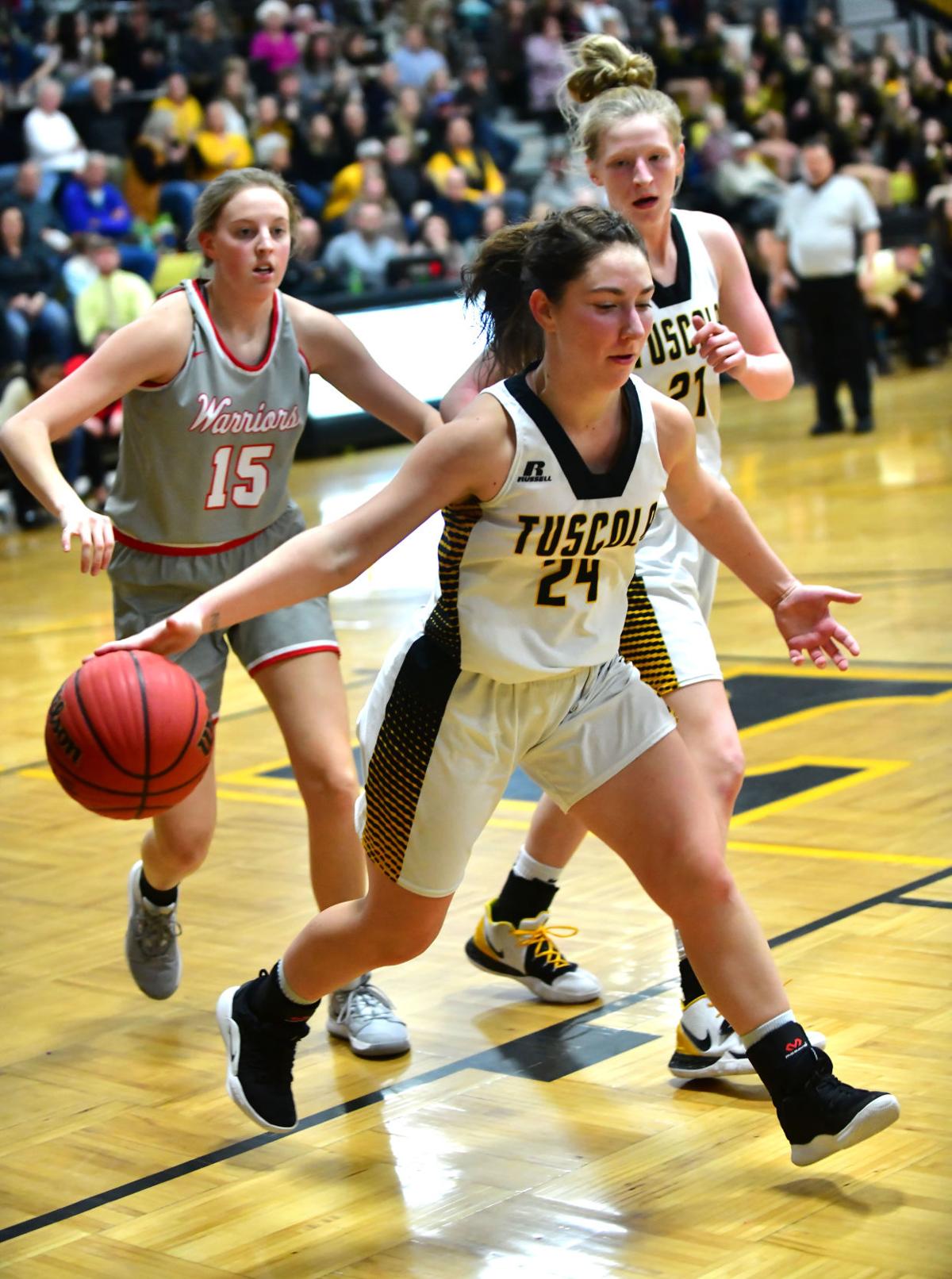 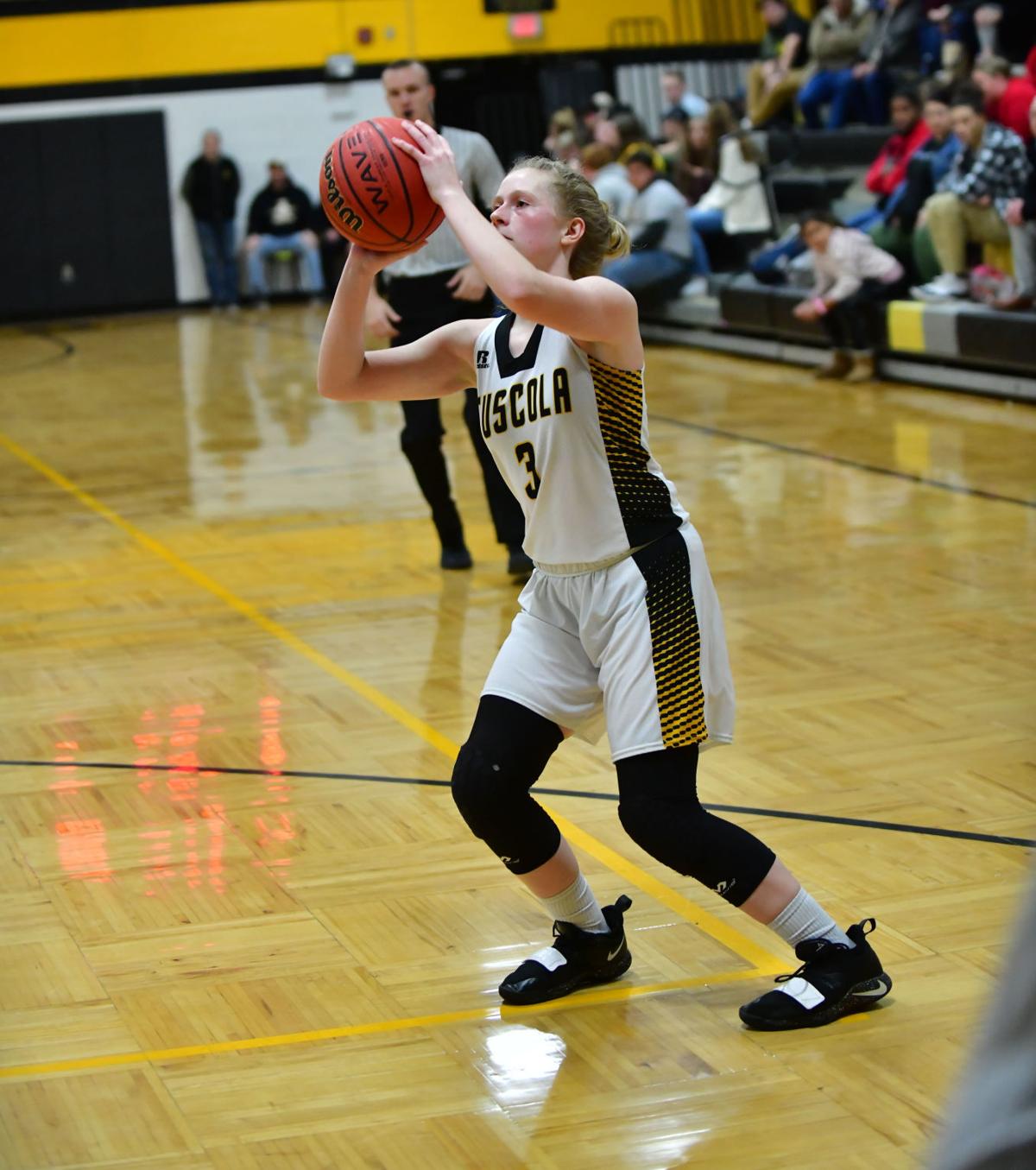 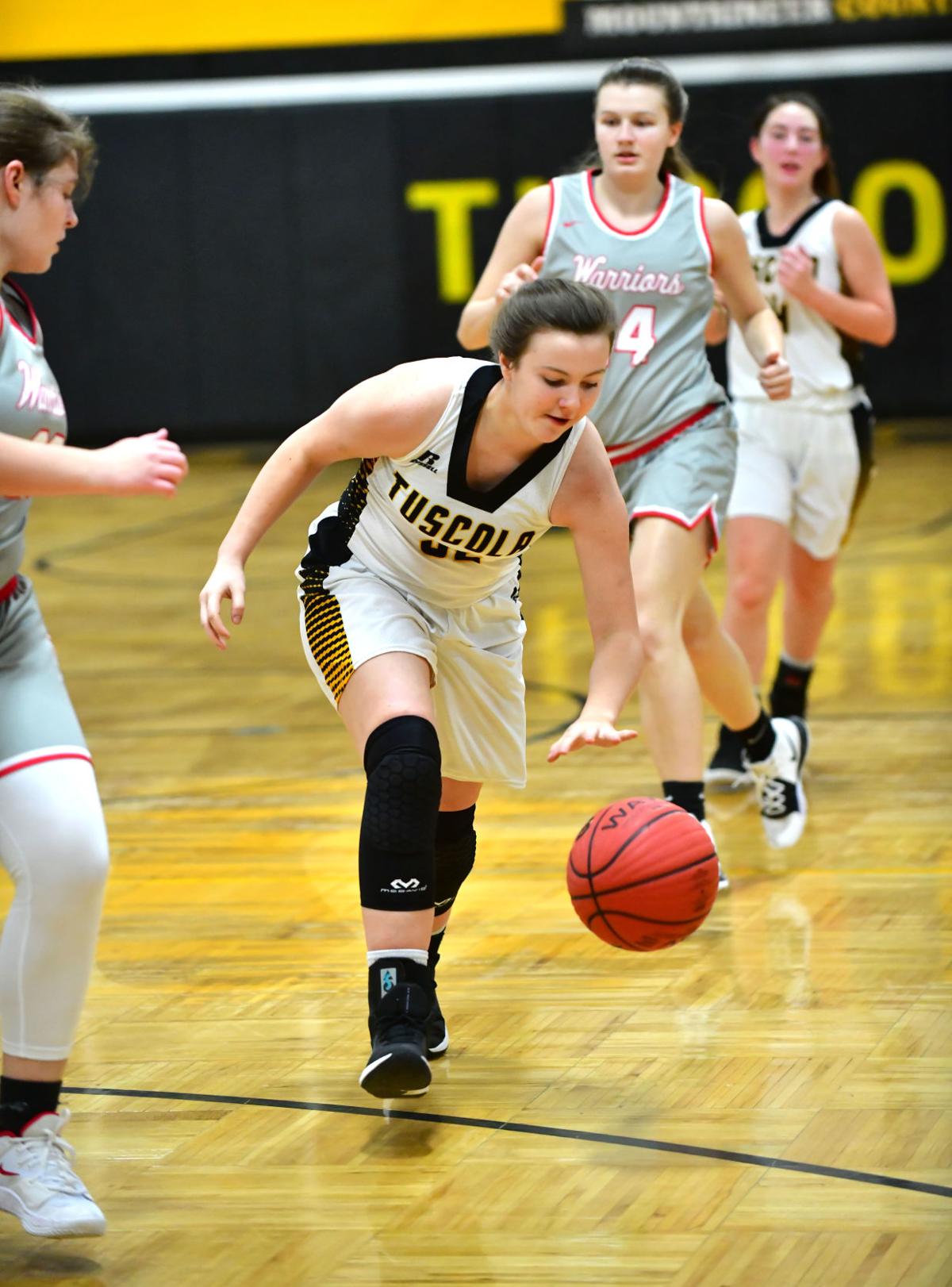 DRIBBLE — Tuscola’s Hailey McMahan dribbles up the court against Erwin.

DRIBBLE — Tuscola’s Hailey McMahan dribbles up the court against Erwin.

Tuscola girls basketball scraped and fought to the end in its final regular-season game in Waynesville Friday night, but came up short in a 56-48 loss.

Junior Gracie “John” Glance led Tuscola with 13 points, followed by senior Brittany Steppleton with 10. As part of senior night, Tuscola honored Steppleton and senior Emily Trogdon for their contributions to the program.

"I would say we hung all the way through the ball game," said Tuscola head coach Pam Bryant. "We've preached it, preached it and preached it. This is a long journey. To see where this team has come from the beginning of the season until now is what coaching is all about. To have a team that beat us by 29 and a player that put 30-something up against us the first time, and to be able to come out and defend her, and defend the team and get them out of their game, we've come a very long way."

Erwin took a narrow 12-11 lead through the first quarter, with a late lay up by Trogdon bringing the Mountaineers within one.

The Mounties came out firing in the second quarter, scoring the first five points to take a four-point lead on a 3-pointer by Glance.

After the Warriors cut the Tuscola lead to one with a 3-pointer, the Mounties used an 8-2 run to take a 24-17 lead on a mid-range jumper by Cooper Richardson with 4:05 left until halftime.

Erwin looked to take control early in the third quarter, stretching its lead so six points with a 7-2 run.

Tuscola continued to scrap, however; and tied the game at 34 on a layup by Steppleton that closed a 7-1 run with about a minute left in the third quarter. After Erwin reclaimed the lead with three free throws, junior Hailey McMahan hit two for the Mountaineers to make it a one-point game.

The Warriors grabbed the final four points of the third, but Tuscola still entered the final quarter facing a manageable five-point deficit.

Tuscola managed to shrink its lead to three early in the fourth quarter, but Erwin threatened to pull away with a 7-2 run to take an eight-point lead.

Steppleton came up big with a 3-pointer to make it a five-point game with four minutes and change to play, and then transition lay up for sophomore Delaney Buchanan with 3:06 to play made it a one-possession game at 48-45 Erwin.

Erwin hit its free throws to close it out down the stretch, leaving the Mountaineers with a hard-fought loss. Next up for Tuscola is the first round of the WMAC Conference Tournament on Tuesday at North Henderson High School.

Tuscola finished tied with North for sixth in the conference at 5-11 on the season, but won the tiebreaker. The Mounties will face No. 3 North Buncombe at 6:30 p.m. Tuesday.

"We're just going to maintain the same focus," Bryant said. "Tonight, as a coaching staff, we feel like we put four quarters together for the first time. We want to go into the conference tournament and do the exact same thing, putting four quarters together, executing the plays, the rebounding, staying tough on defense. Just doing all the little things to hopefully go in there and do some upsets."