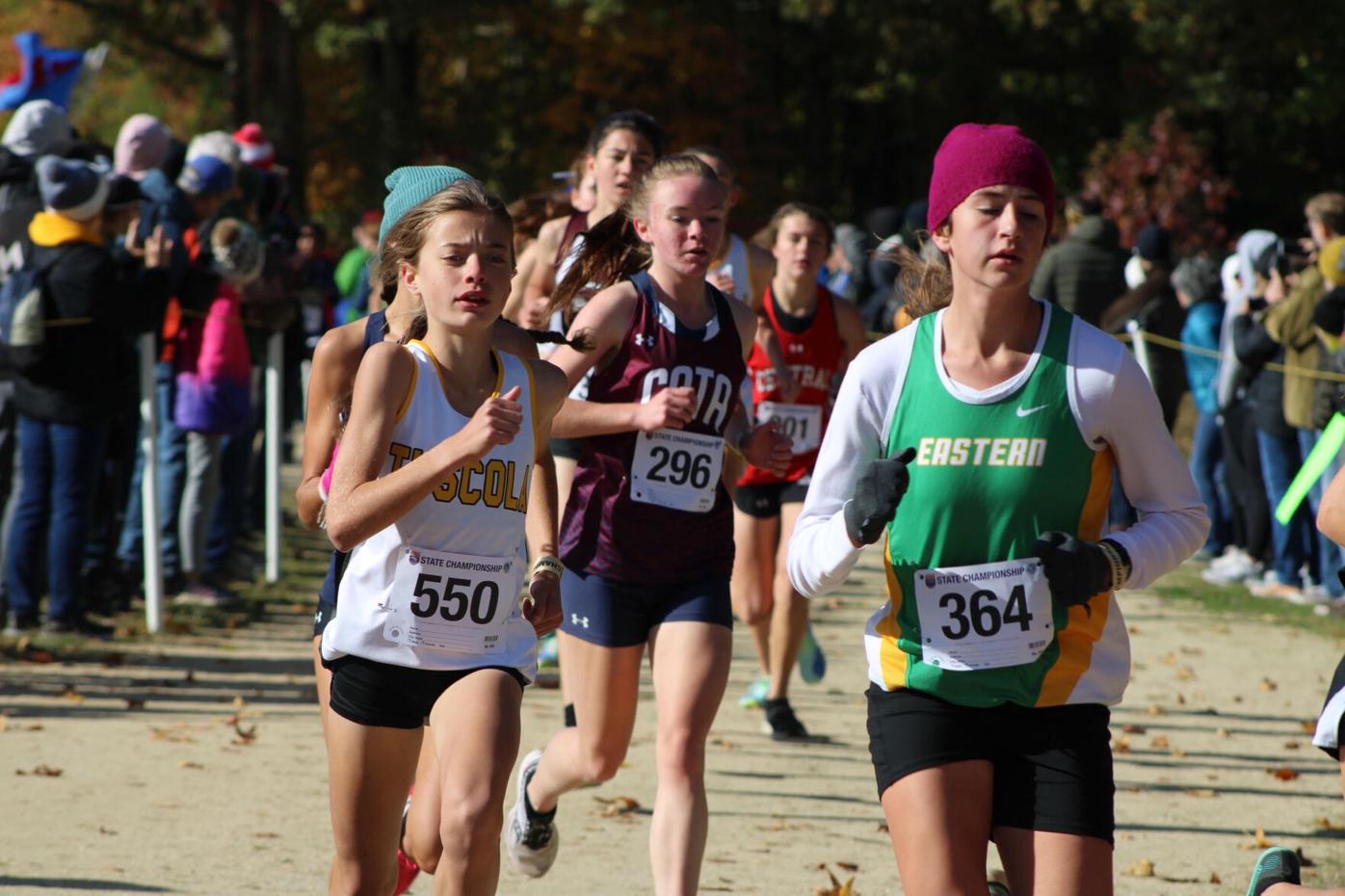 Tuscola’s Luci Snyder-Lowe, pictured at left, passes the one mile marker on her way to leading the Mountaineers to a fourth place finish at the State Championship. Snyder-Lowe finished first on the team and 14th overall with a 5K time of 19:56. 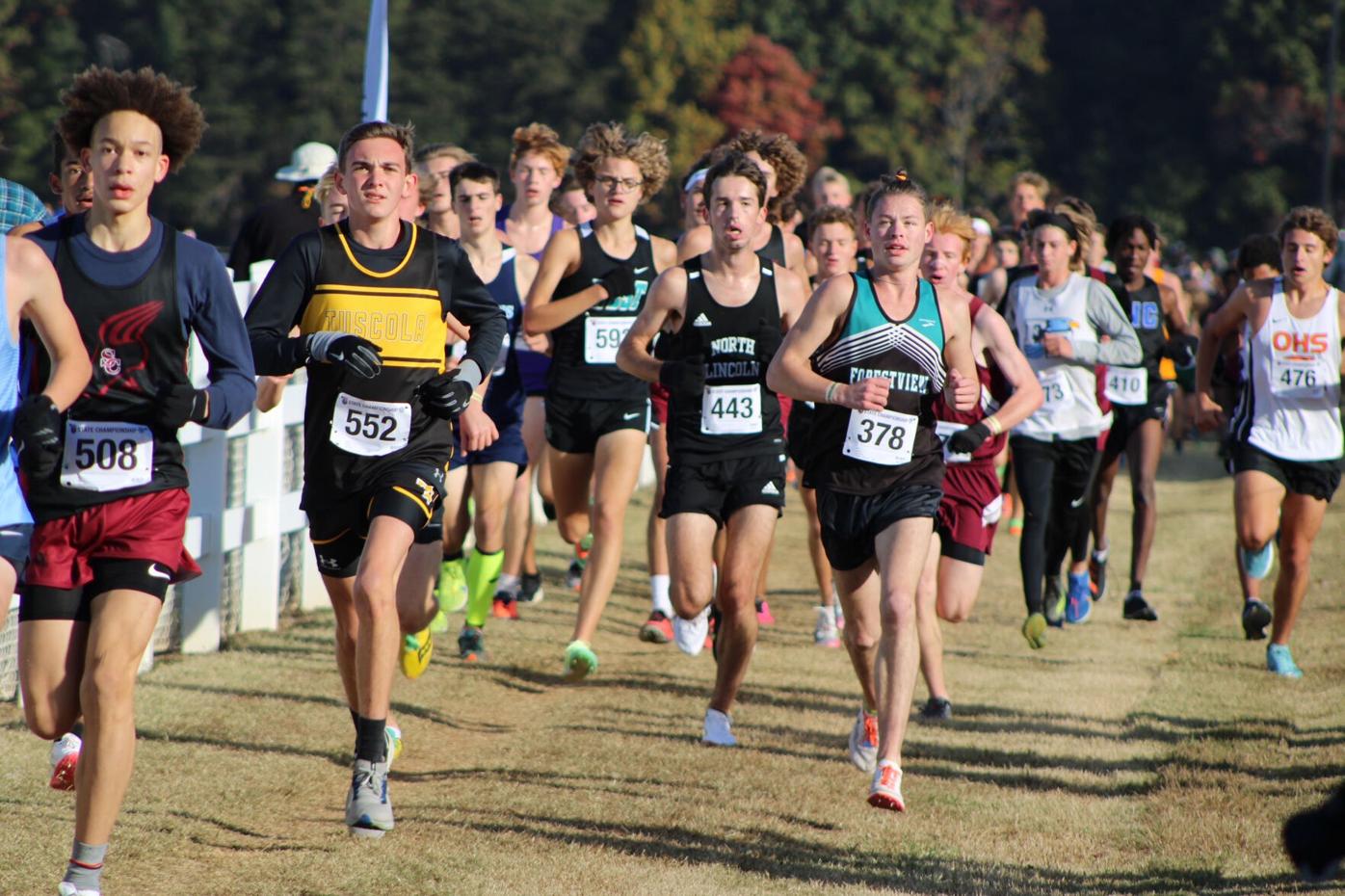 Tuscola’s Andrew DelBene, pictured second from left wearing no. 552, runs strong at the halfway point of the NCHSAA 3A State Championship. DelBene was an individual qualifier and placed 69th with a time of 17:54. 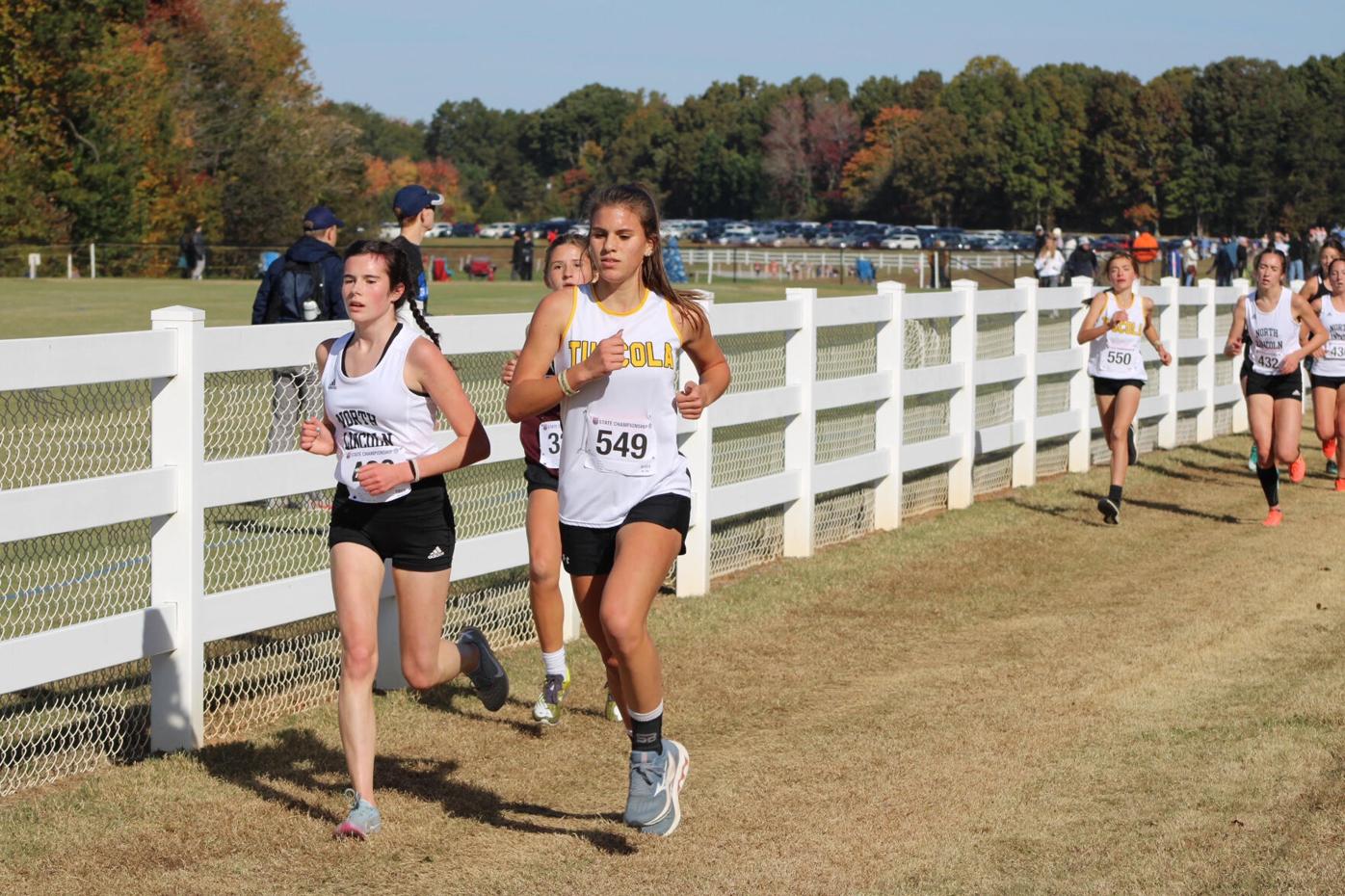 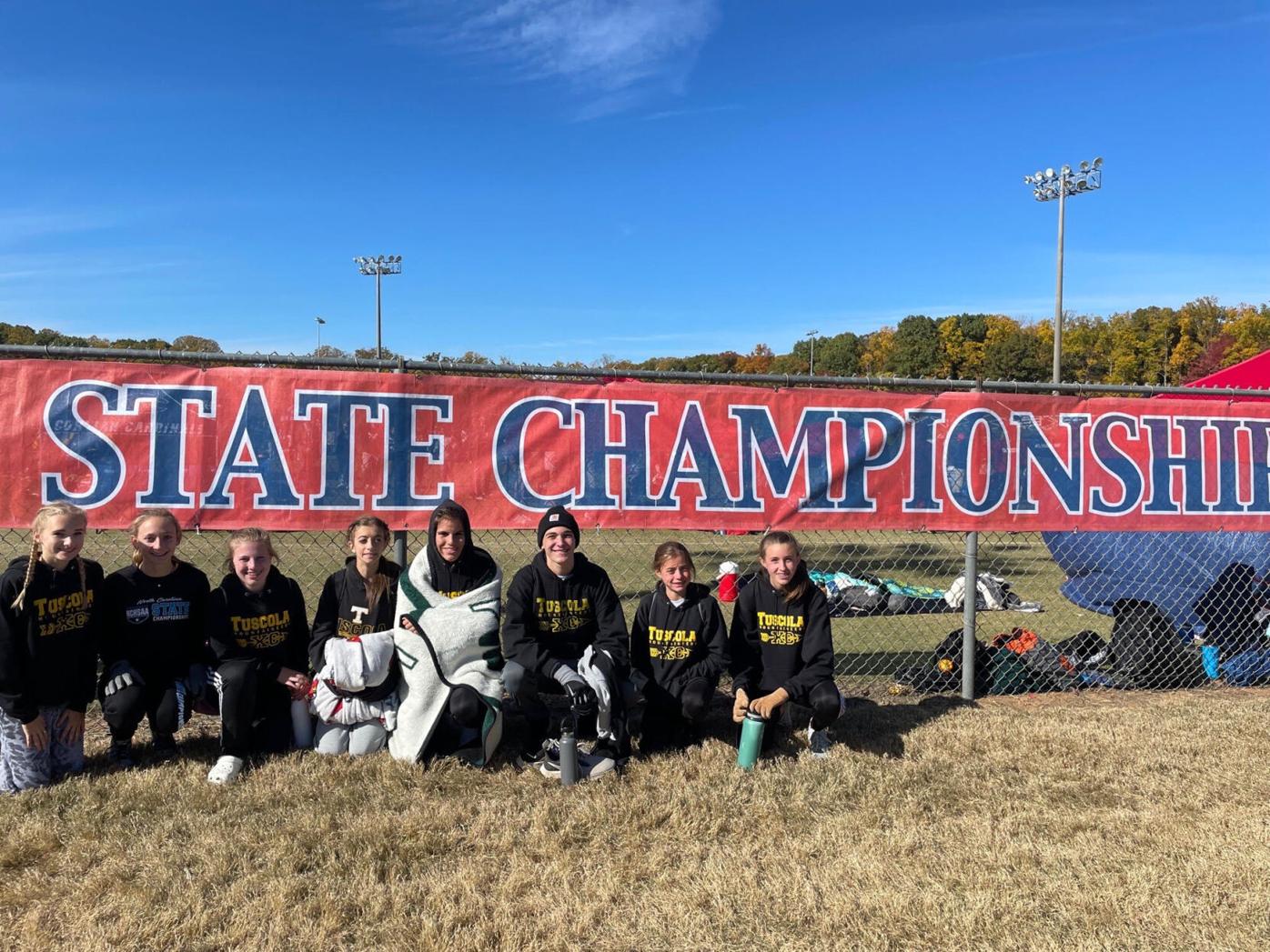 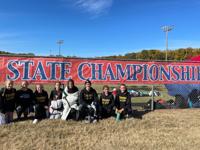 Tuscola’s Luci Snyder-Lowe, pictured at left, passes the one mile marker on her way to leading the Mountaineers to a fourth place finish at the State Championship. Snyder-Lowe finished first on the team and 14th overall with a 5K time of 19:56.

Tuscola’s Andrew DelBene, pictured second from left wearing no. 552, runs strong at the halfway point of the NCHSAA 3A State Championship. DelBene was an individual qualifier and placed 69th with a time of 17:54.

The Mountaineers’ girls cross country team wrapped up its successful season by grabbing fourth place in the NCHSAA 3A State Championship meet on Saturday, Nov. 6.

Tuscola senior Andrew DelBene also participated individually and ran an under 18-minute 5K to finish top 70 in the state on the boys side.

The meet was held at the Ivey Redmon Sports Complex in Kernersville.

The girls race featured 151 runners, 18 teams and 28 individual qualifiers from across the state’s 3A conferences.

“I told the team the night before the meet that I did not believe that they had run their best race of the season up to that point and I felt like they would do so the next day,” Tuscola head coach Kevin FitzGerald said.

The Mountaineers’ squad featured seven runners hoping to place in the top five of the team to score points for the team competition.

The starting line consisted of twenty five boxes in which the 18 teams and individual qualifiers were assigned. The Mountaineers started quickly out of the box for the 350 meter dash in order not to get pinched in by the other runners when the course narrowed down to ten yards.

The Mountaineers got out fast and after the first mile, junior captain Eva Rinker was in the top ten. Freshman Luci Snyder-Lowe was in the 20th spot, followed by Hannah Downs in 33rd.

At the two mile marker, Rinker maintained her pace in the 12th spot and Snyder-Lowe improved to 16th. The rest of the team also made place improvements.

Downs finished strong to place 29th in 20:46. Downs had an incredible kick down the stretch, passing four runners over the last 75 meters to edge past the 30th position runner by .32 seconds, earning valuable team points.

“While the sixth and seventh runners do not score points for the team, they play a critical role in potentially pushing back other teams top five scorers and would be a deciding factor in the event of a tie,” FitzGerald said.

FitzGerald was happy with his team’s performance.

After such a strong season with so many young runners contributing, FitzGerald likes how his team is set up for the future.

“With no seniors on the team, this group is already focused on next fall and what can be accomplished,” he said.

The boys race featured 175 runners from 21 teams and 28 individual qualifiers from four regions.

Senior Andrew DelBene was Tuscola’s only individual qualifier in the boy’s race. DelBene started quickly and settled into a pack of runners in 50th position.

“While he was the seventh and final individual qualifier of 28 in the west region, he placed 16th out of the 28 qualifiers,” FitzGerald said. “It was a significant accomplishment on a challenging and legitimate 5K course.”

FitzGerald continued, “He capped an incredible career as a Mountaineer harrier by qualifying and running in the state championship meet and I could not be prouder of him for his effort and sheer determination to put himself in this position.”