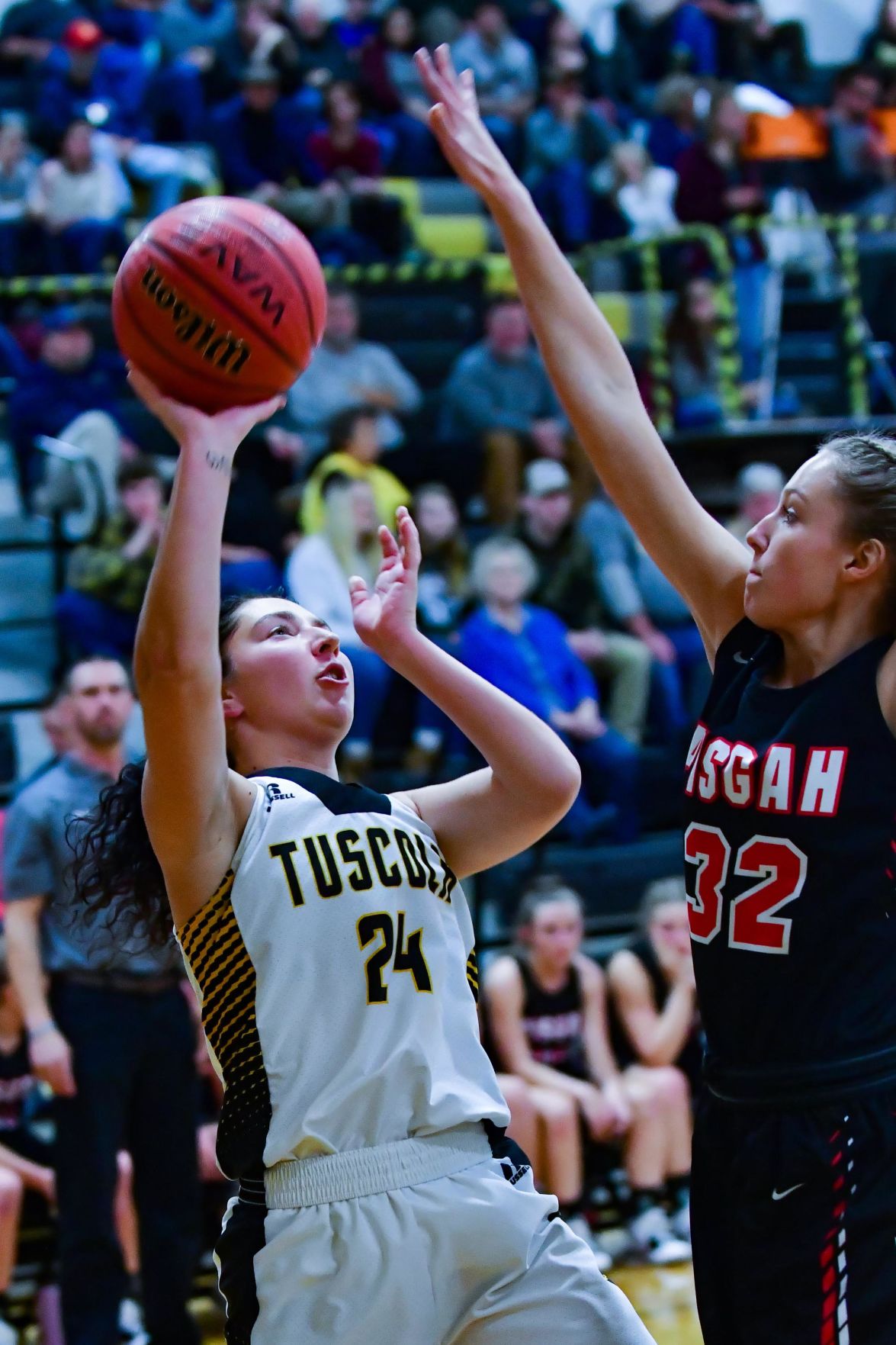 BATTLE — Tuscola’s Emily Trogdon goes up for a shot against Pisgah’s Morgan Putnam. 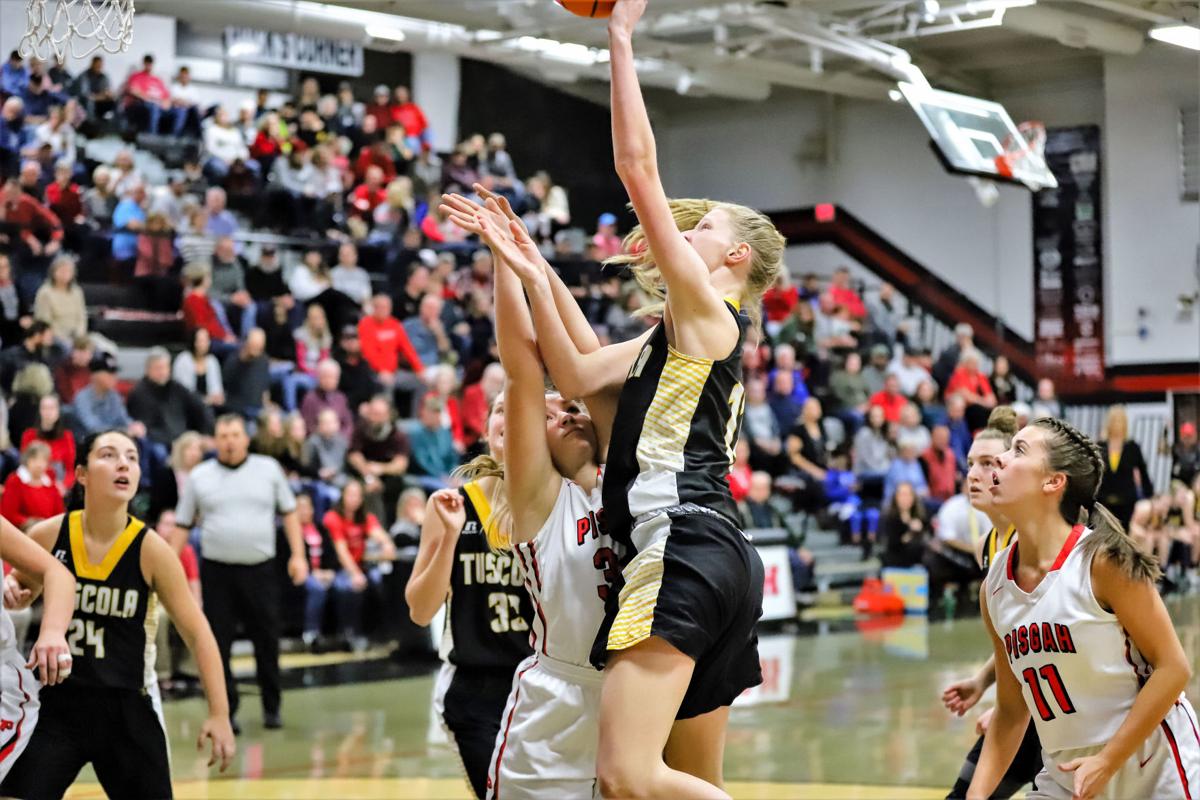 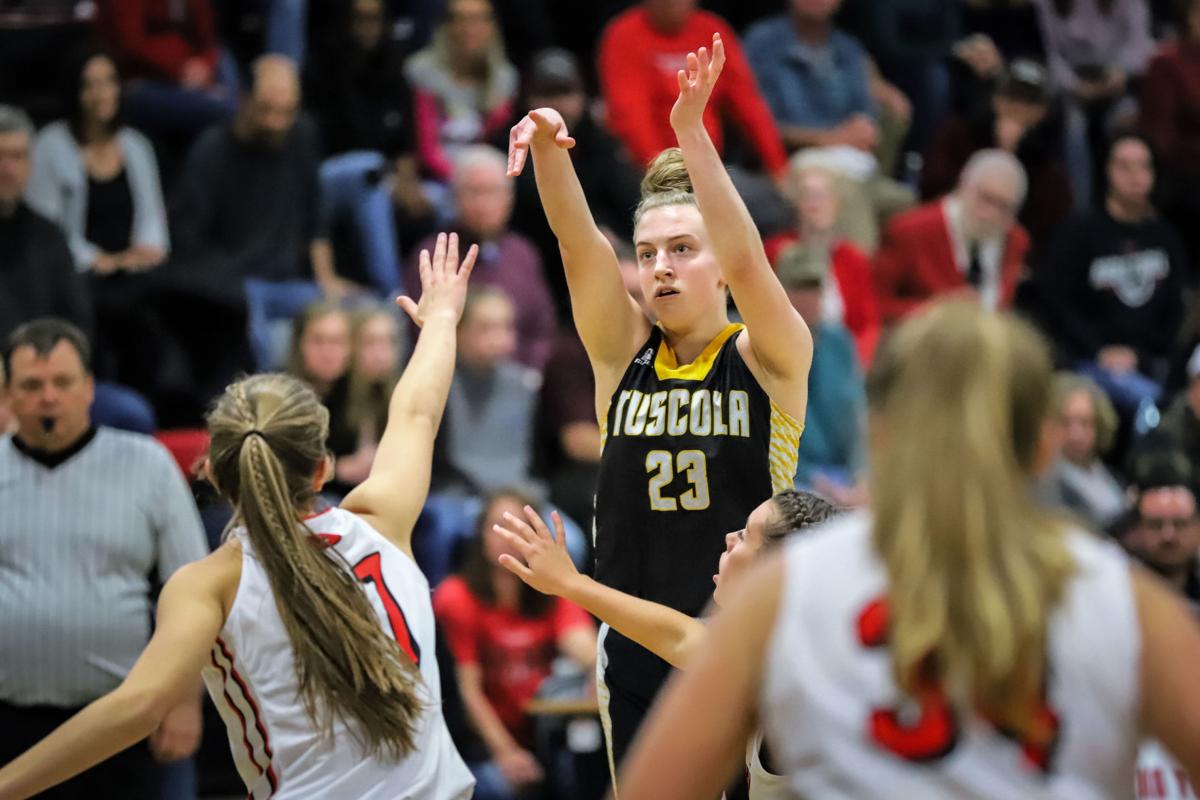 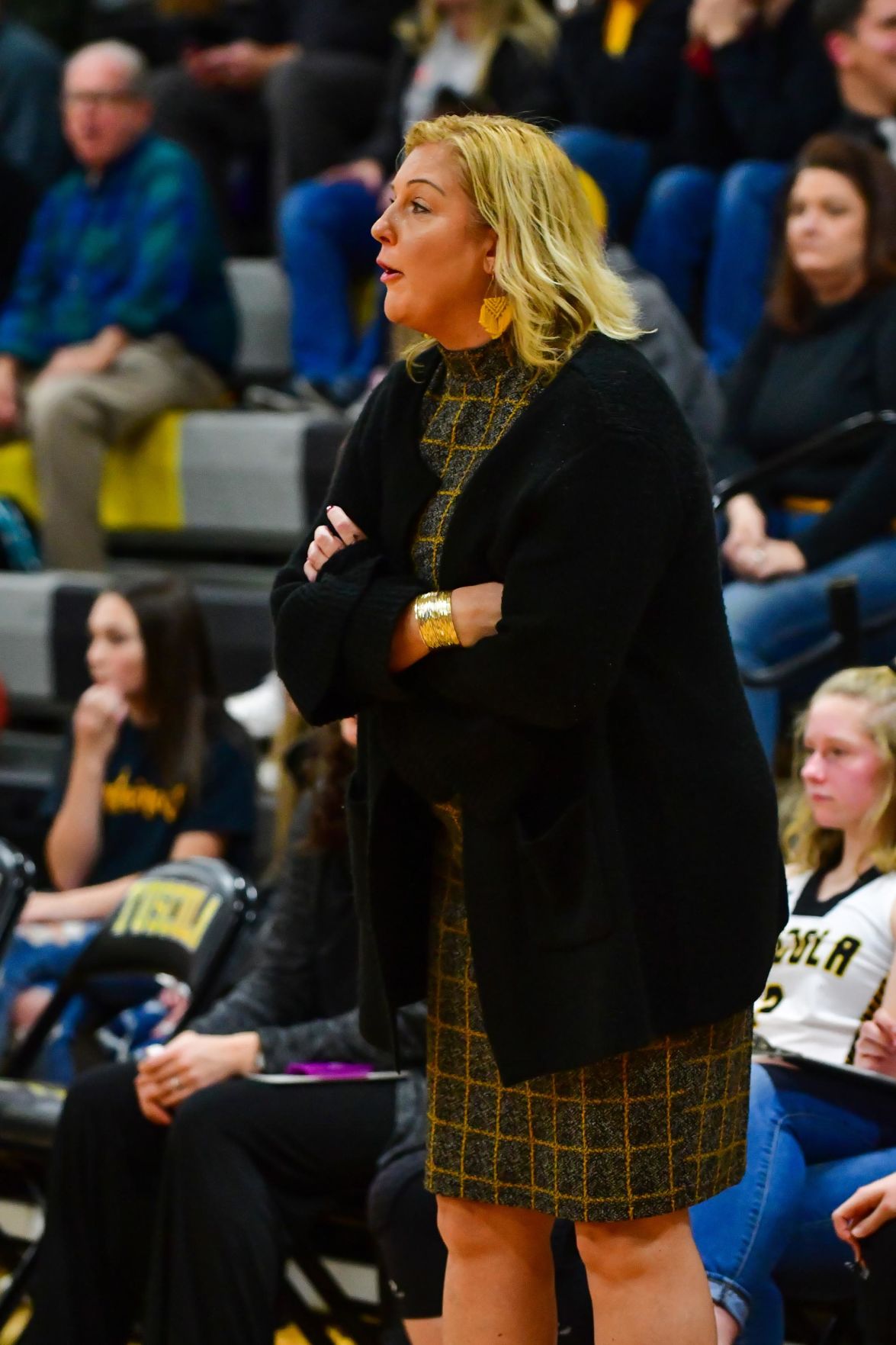 BATTLE — Tuscola’s Emily Trogdon goes up for a shot against Pisgah’s Morgan Putnam.

It’s been a tough start to the season for the Tuscola girls basketball team, but the Mountaineers may be starting to turn the corner. The team has a brand-new coaching staff led by Pam Bryant, and brought back just five returners from a team that lost five seniors.

While the team has struggled out of the gate with an 0-9* record, the most important piece for Bryant and her coaching staff has been working to find a team identity, and seeing the players work hard every day.

“I would say the big piece is still just trying to figure us out,” Bryant said. “Nine games in, we wish we would have been a little bit further than what we were or what we are right now in just trying to figure that out and how we bring this unit together and how we trust each other as players, as coaches, as players and coaches. I would say, all the way up to even before the North Buncombe game, just fundamentals, trying to work the fundamentals and executing what we do in practice.”

That game against North Buncombe could well prove to be a pivotal moment in the season for the Mountaineers.

The Mountaineers were within striking distance in the fourth quarter before playing the fouling game to stop the clock, and showed the hard-fought, battling identity the coaching staff wants to see.

“North Buncombe was a huge game for these girls,” Bryant said. “Everything just looked like it’s about to start clicking. We out-rebounded North Buncombe. We went 8 for 9 from the free-throw line. There are things that we saw in North Buncombe that are things that we’ve been looking for them to do all year long. So it’s like I tell the girls up to this point, I don’t want them to feel like they’re being defined by having a losing record. Our coaching staff wants this team to be defined by how hard we work.

“Are we battling, are we hustling, are we doing the fundamentals? Are we doing the developmental skills that we’ve been working in practice? How are we executing practice into play. We want to be defined as that team that never quit, we gave everything we had with the grit and all and so I really feel like even the coaches against North Buncombe were like: ‘Your girls battled.’ That’s what we want to define us is not our record, but who we are as players.”

One of the biggest positives for the season has been how close the players are, and their willingness to come together in pursuit of a common goal.

“This group of girls, they’re phenomenal in the first place with each other,” Bryant said. “They are a very close-knit group of girls. I think that’s what makes it hard for them, that they’re so close. They don’t like losing. They don’t want to lose. … But I have to say, them, as a team, collectively, they’re figuring things out. A couple of them are stepping up as leaders to really get the dynamic of this team to how do we get to where we can win ball games?”

Having those players step as leaders has been beneficial for a new coaching staff in trying to get its message across.

“It’s been good,” Bryant said. “It’s not only a process of them trying to figure themselves out, it’s a process of them trusting us and them trusting each other. You look at it, it’s a brand new team for them and then it’s brand new coaches. A lot of times, it takes a little time to get the buy-in. But I feel like they’re starting to get that buy-in and then they’re starting to step up and develop as a unit going forward.”

While Bryant has coached basketball before, this is her first season as a head basketball coach at the high school level.

For her and her staff, coaching the team through this start to the season has brought unique challenges, as well as allowing them to learn lessons about the types of coaches they want to be.

“I’ve had a losing record, but I’ve never been 0-9,” Bryant said. “And so, probably, the one thing that as a new coach that nobody could have prepared me for is what is that going to mean for us as a team? Being a new coach, what is that grind going to look like to not only go for the win, but to keep the girls motivated, to keep them driven? To keep them wanting to come into the gym every single day. There’s a lot more emotions that go into it. To be honest, probably the biggest piece is me digging into to find out what type of coach I am. These are the times when you find out what type of coach you really are. Anybody can coach when you’re winning all the time. But when you’re in here and you’re 0-9, that’s when you really dig down deep to figure out, ‘OK, what type of a coach am I?’ We talk about what the girls want to be defined as, what do we as a coaching staff want to be defined as in getting these girls out of this?”

As this staff looks to build a program going forward, the buy-in from these players, and the work they’re putting in, will play a huge role in setting an example for the future.

“It’ll be huge just in the aspect that these girls will know it can be done,” Bryant said. “I think a lot of people did not have very high expectations for us coming in, but our coaching staff did. I think it’s a good lesson of if we can get everybody on board, that no matter what everybody elses’s expectations are, if we’re better at the end of the season than we were at the beginning of the season, we’re doing something. And we take that and build on it for the next year. Because, again, the excitement of becoming part of something that’s building … Being the underdog is a lot more challenging, but coming into that program of ‘Alright, we’re here to grind, we’re here to surprise people.’ is a different thing.”

As this season continues, Bryant wants her players to keep fighting and battling every game and practice, and to know that they’ve been a part of something very important for this program.

“I think that these girls never give up on themselves,” Bryant said. “That they never give up on each other. They never give up on us as a coaching staff. And that collectively together as a team, that we develop this into a continued basketball program. A lot of people are like ‘Oh, they were so good for so many years, and now they’re struggling.’ We can still struggle and still be a phenomenal basketball team. That’s what I want. I want these girls, at the end of the season when they walk off, they say ‘We were part of something that may have felt like nothing, but we made it something.’ And that is what I want for them when they walk off this court at the end of the season.”

*This article was written and published before Tuesday’s game against West Henderson.