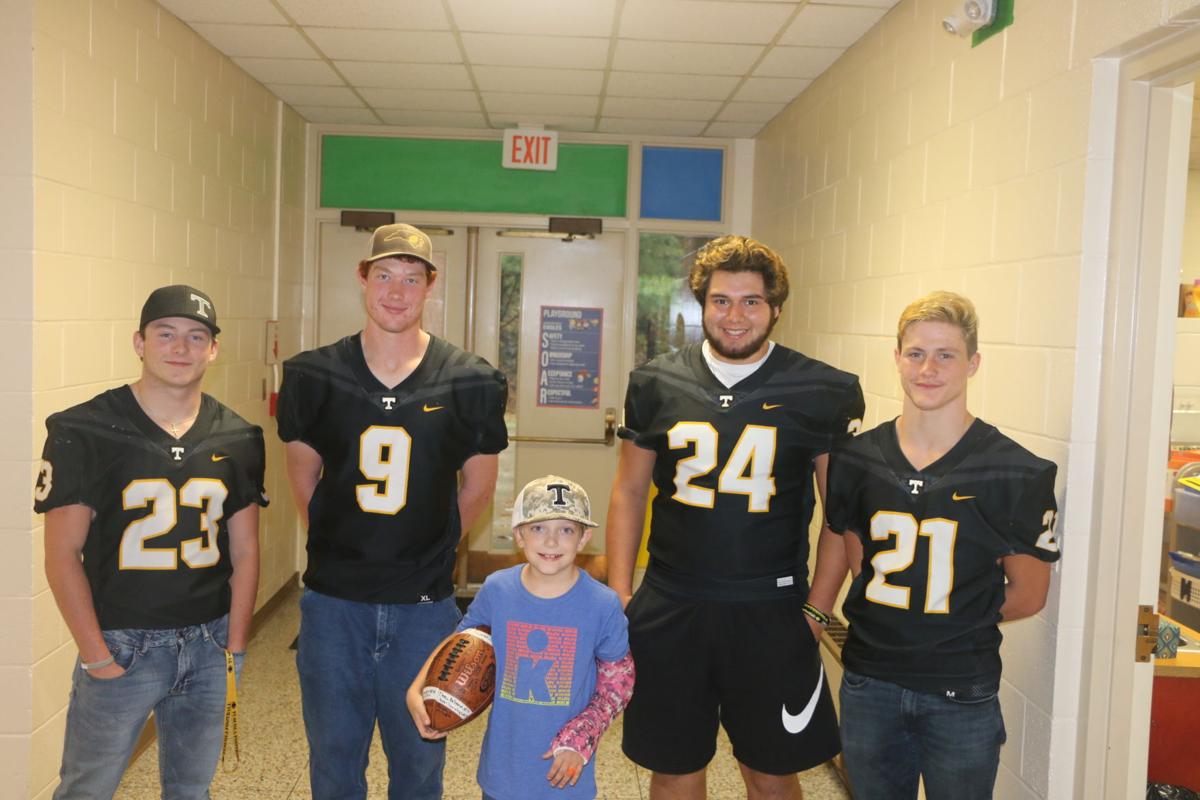 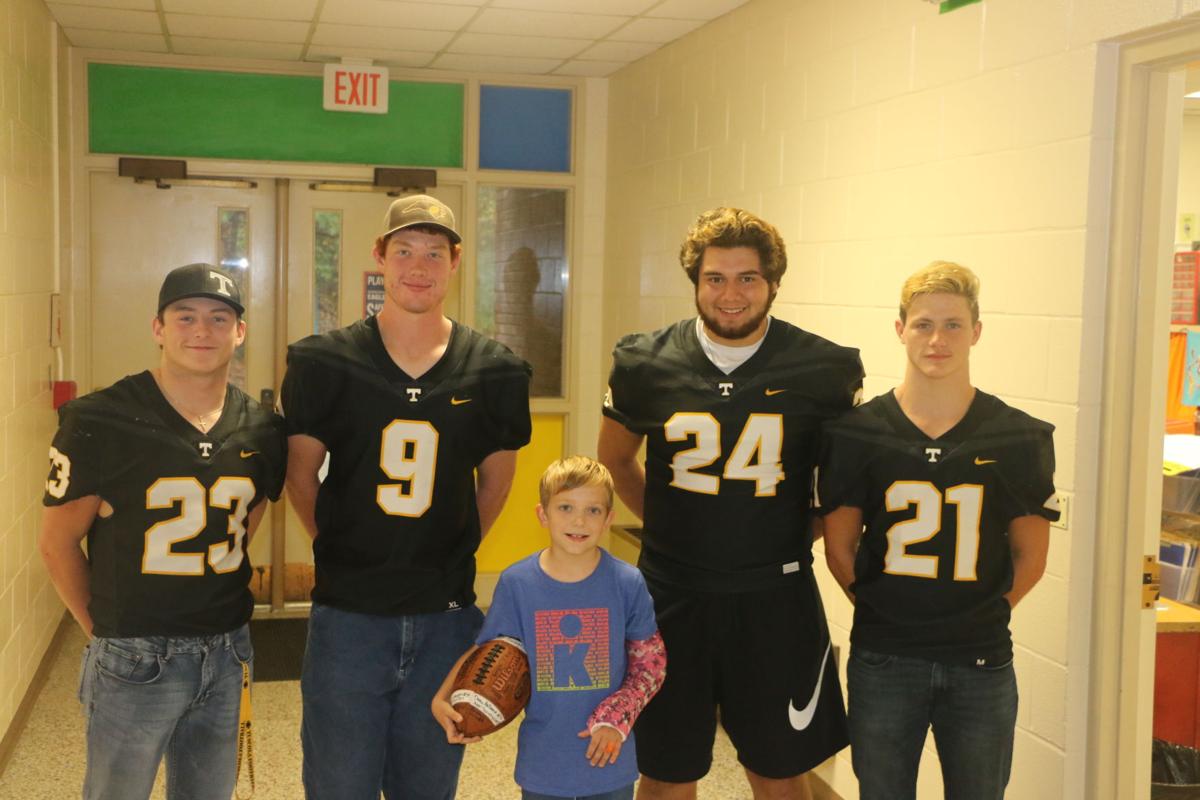 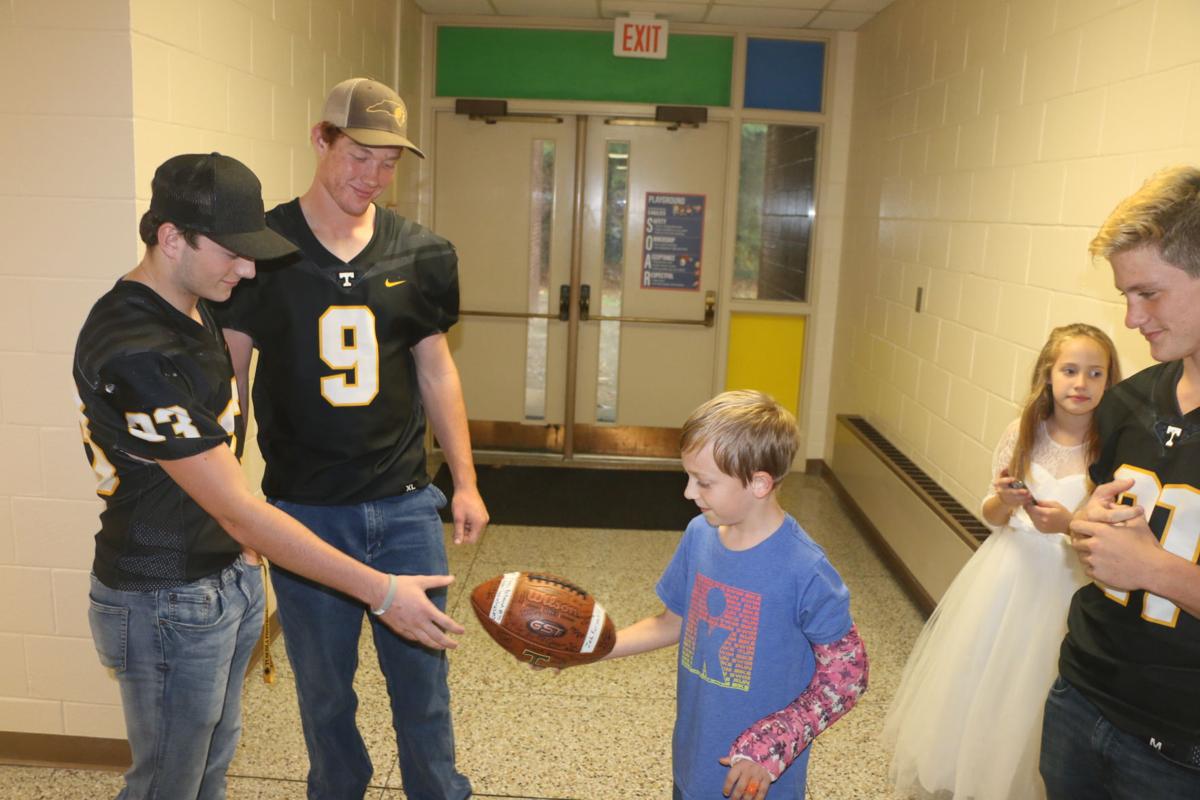 At any Tuscola football home game, in addition to the action on the field, one can expect to see young kids carrying on their own intense football game on the concourse and down in front of the field.

During Tuscola’s game against North Buncombe, Riker was playing football with the other kids when he fell and broke his arm. When Tuscola head coach J.T. Postell and his team heard about Riker’s accident, they knew immediately they wanted to do something for him.

“We just thought, let’s try to do something for him because we hate that that happened,” Postell said. “But we certainly want to get our players involved and this is something that we talk about, giving back within the community. This was just something that we felt like we could do and it would mean a lot to him. Which I think it did, but I also think it meant a lot to our kids as well.”

In his time as Tuscola’s head coach, Postell has emphasized the importance of service and leadership in the community to his players.

He wants the team to take as many opportunities as possible to give back, especially to the younger kids that look up to them.

“That’s something since I was hired that we’ve talked about,” Postell said. “That’s just part of our culture, something that we strive to do, we want to do. We want to do more of it, especially in the offseason. But I think it’s so important for our young men to be able to give back, because they have so many people that support them. And especially our younger people look up to them. This is just a way for them to give back to them.”

As Postell indicated, as special as the moment was for Riker, it was just as special for the players to see what receiving the signed ball meant to him, and how much he looks up to them.

Helsel and the other Tuscola players hope that, in addition to providing a special moment and memory for Riker, it also teaches him a lesson to take forward if he’s ever in a similar position to give back.

“That’s a special thing that hopefully he remembers for the future,” Helsel said. “So that way whenever he gets to be our age, he’ll be able to do the same thing and get that amount of joy out of it.”