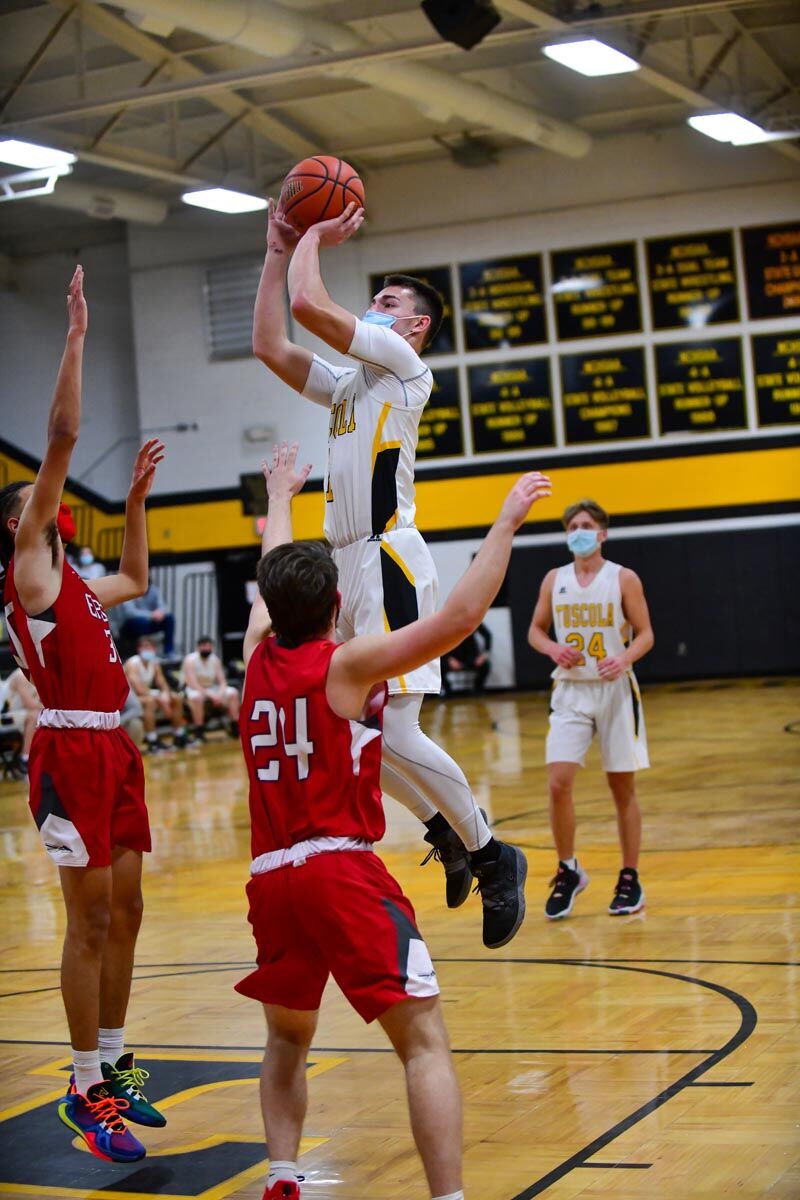 RISING UP — Junior Jared Penland has hit double-digits in each of the Mountaineers’ first three games in 2021. 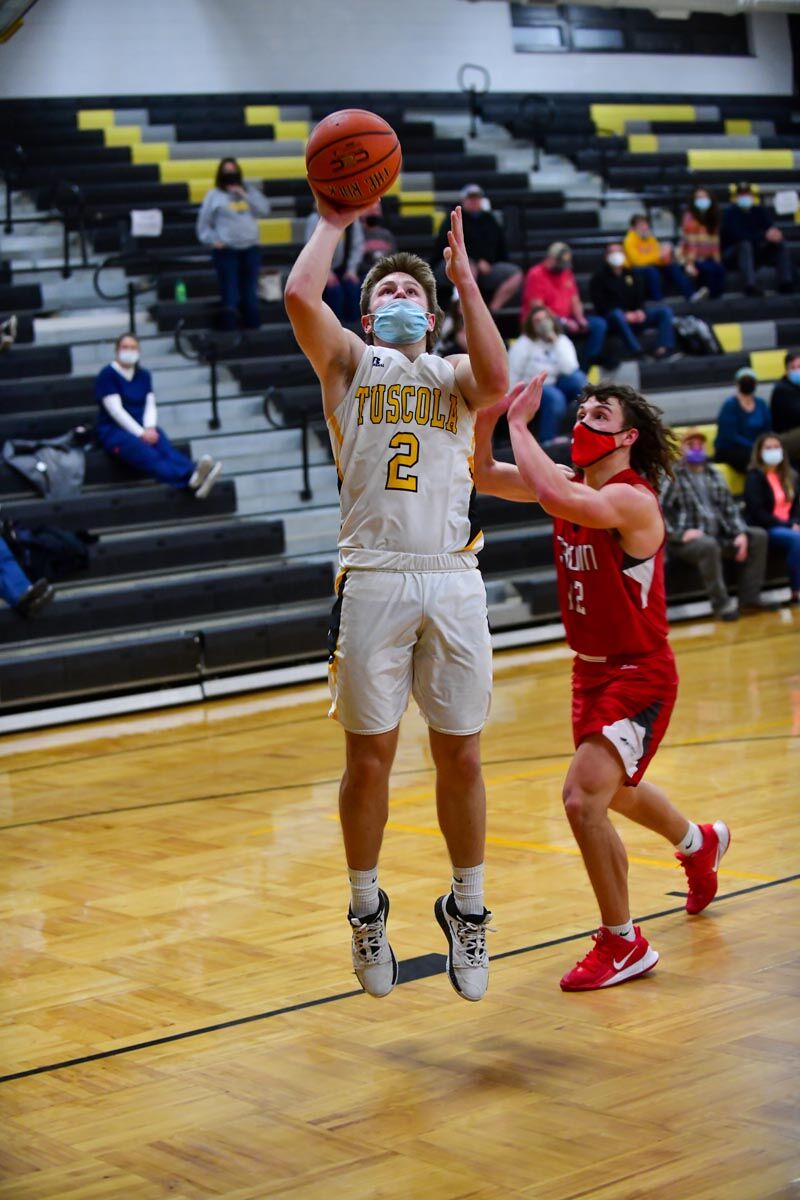 BRIGHT FUTURE — Sophomore Jett Benson has emerged as a key player for Tuscola this year, becoming one of the team’s top scorers.

RISING UP — Junior Jared Penland has hit double-digits in each of the Mountaineers’ first three games in 2021.

BRIGHT FUTURE — Sophomore Jett Benson has emerged as a key player for Tuscola this year, becoming one of the team’s top scorers.

The win is just another in the Mountaineers’ hot start to the season, boosting their record to 3-0.

Head Coach Nathan Messer persisted in beating the drum for one key asset that is aiding their play: adaptability.

“We are making adjustments in the games, on the fly” Messer said, “and that is what is helping us win. Whatever the other team is trying, we are adjusting each night and figuring out a way to win.”

The Mountaineers continue to benefit from a team effort, with all nine boys who have played contributing to the scoring. When asked which players in particular are stepping up, Coach Messer celebrated the whole team.

“Everyone is stepping up,” he said. “We keep adjusting and everyone is contributing something to this team.”

Before the season started, Messer and his coaches handed out index cards to each of the players. On these cards, the coaching staff had written down roles that they saw each player taking on this year. It seems to be working as each player has bought into their role on the team.

Messer touted that this group of boys is full of team players.

“They know that not every night will be their night to score 15 points,” he said. “They are OK with that and want to contribute to the team however they can. They’ve really committed to the idea that this season is going to take everyone and they all have a role to play.”

Senior Trent Turner leads the way, averaging more than 15 points per game. Junior Jared Penland and sophomore Jett Benson are both contributing with double-digit scoring in each game, as well.

Scoring points is an obvious necessity for winning games, but the Mountaineers continue to impress on the boards. Sophomore Ezra Burgess leads the team, averaging eight rebounds per game, but the whole team is averaging 37 rebounds per game so far this season. According to the high school scoring database, maxpreps.com, this is well above the national average.

Messer is pleased with the performance of his team so far but understands a tough stretch of games is coming. With the first three games all being played at home, now the Mountaineers head out on the road to face North Buncombe Thursday. North Buncombe is projected to finish in the top two in the conference. It will be a tough away test for the Mountaineers, but one that Coach Messer believes they can step up to.

Following their road game on Thursday, the Mountaineers will be at home on Tuesday, Jan. 19, against the always formidable T.C. Roberson team.

“They returned a lot of people and they always have a big, athletic group of boys,” Messer said of T.C. Roberson. “We will have to continue to adjust in the game and hope our whole team can step up.”

Friday, Jan. 21, The Mountaineers face West Henderson on the road. Messer is looking forward to this matchup as he will face his former assistant coach, the former head coach for the JV team at Tuscola.

Continue to support your Tuscola High boy’s basketball team by tuning in for all their games by going to the Tuscola High Athletic’s YouTube page.

Photos from the boys and girls Tuscola basketball games against Erwin High School.