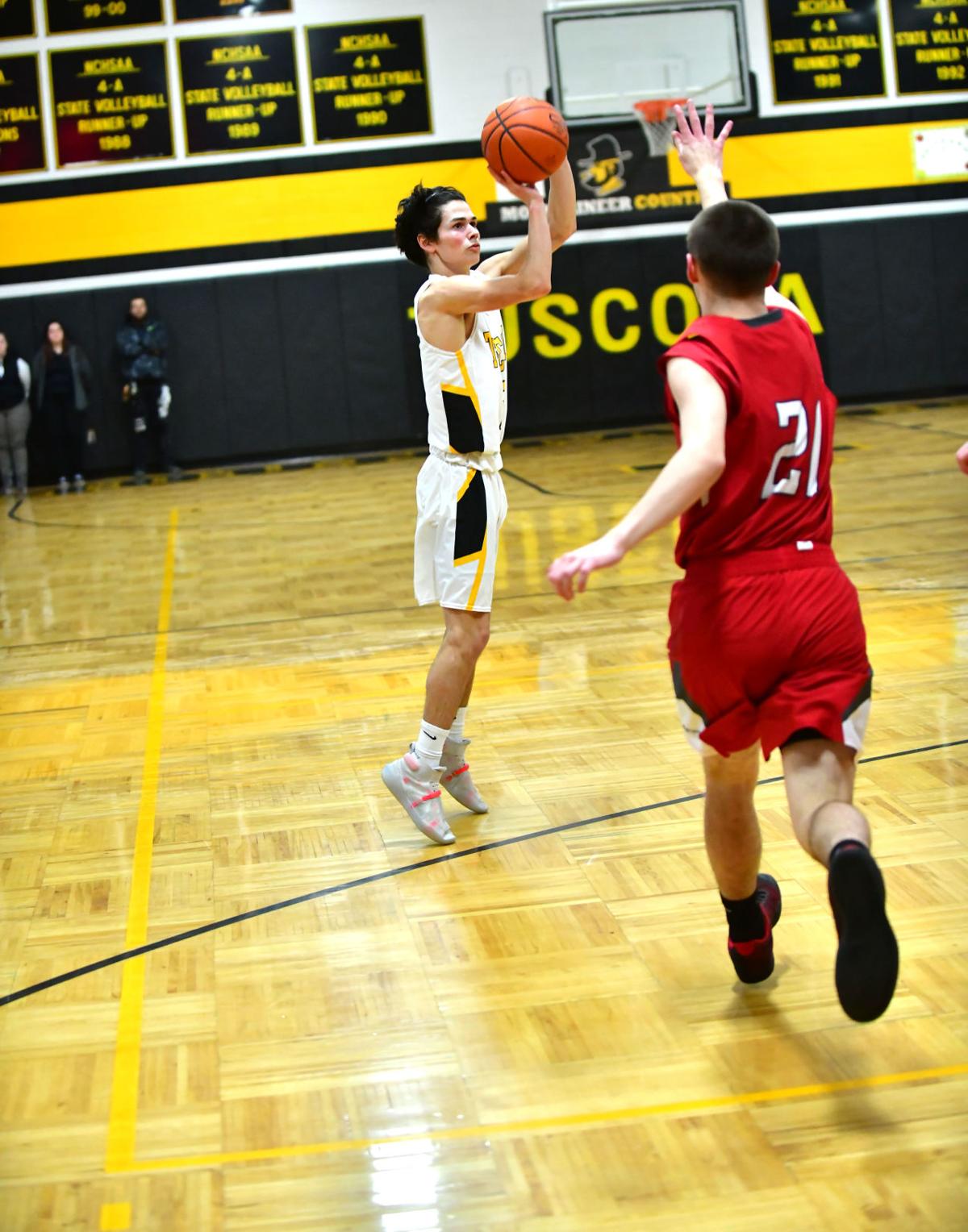 FROM DOWN TOWN — Tuscola senior Ephraim Tice shoots a 3-pointer against Erwin. 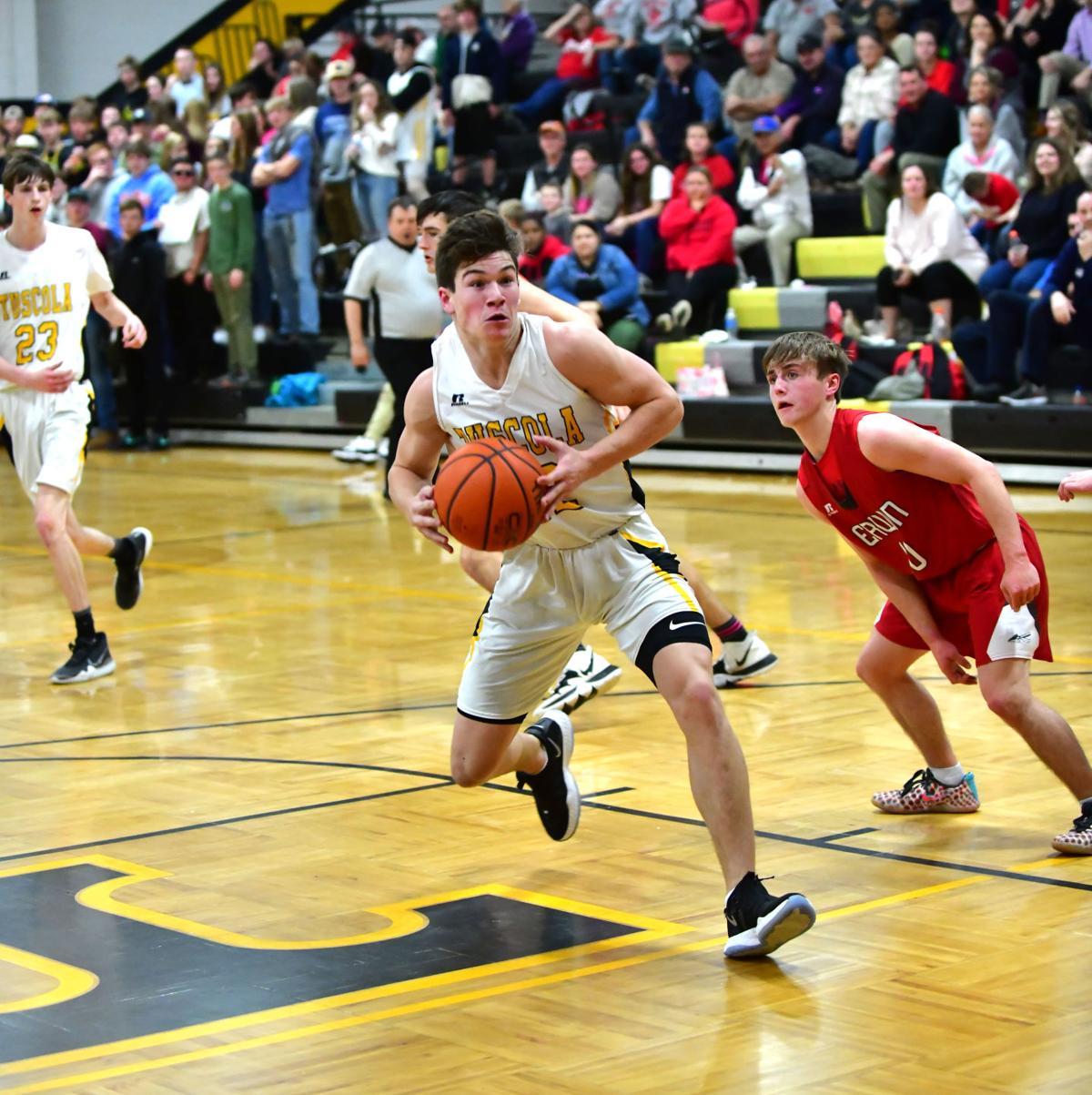 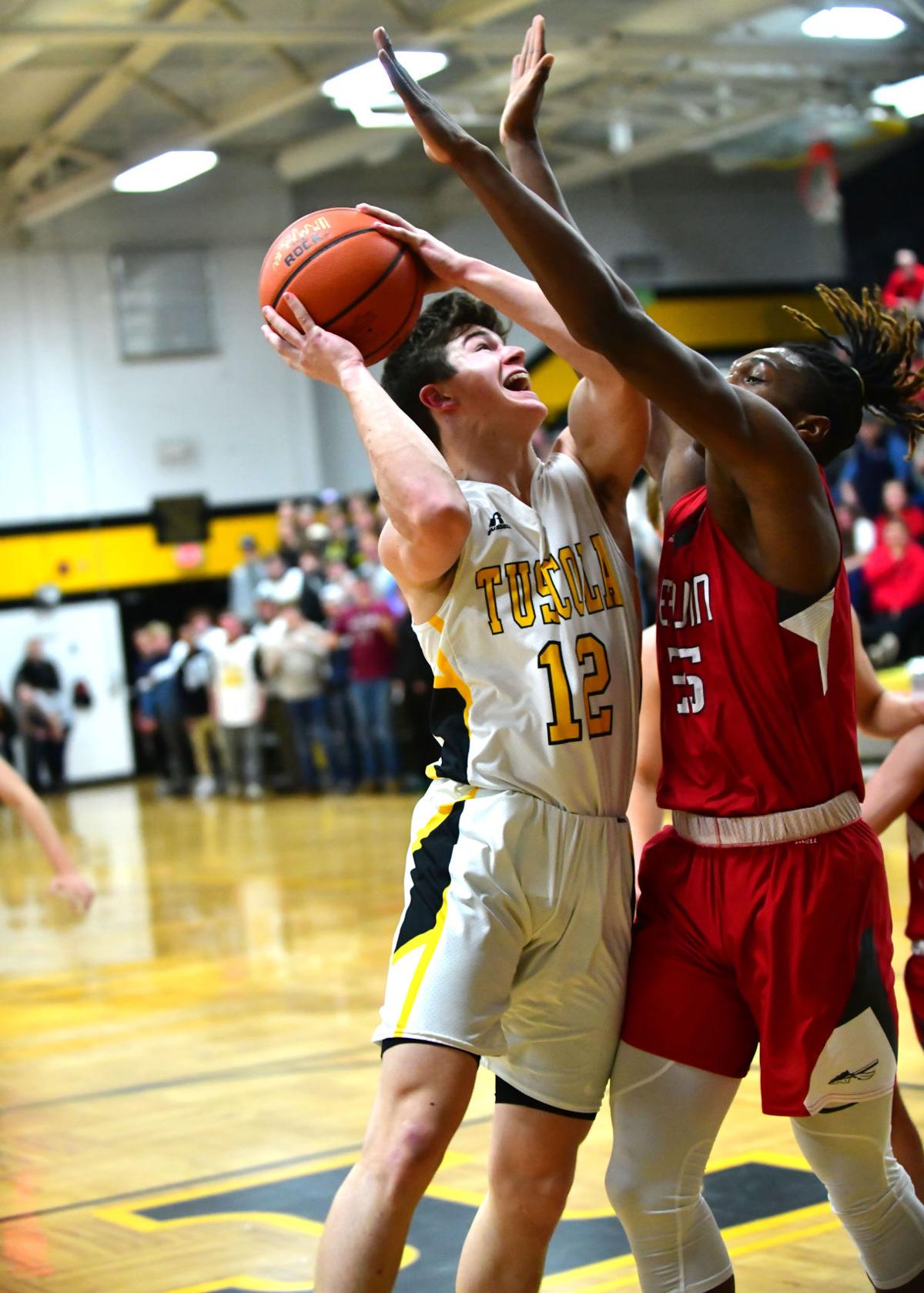 DRIVE — Tuscola’s Coleman Bryson goes for the rim against Erwin. 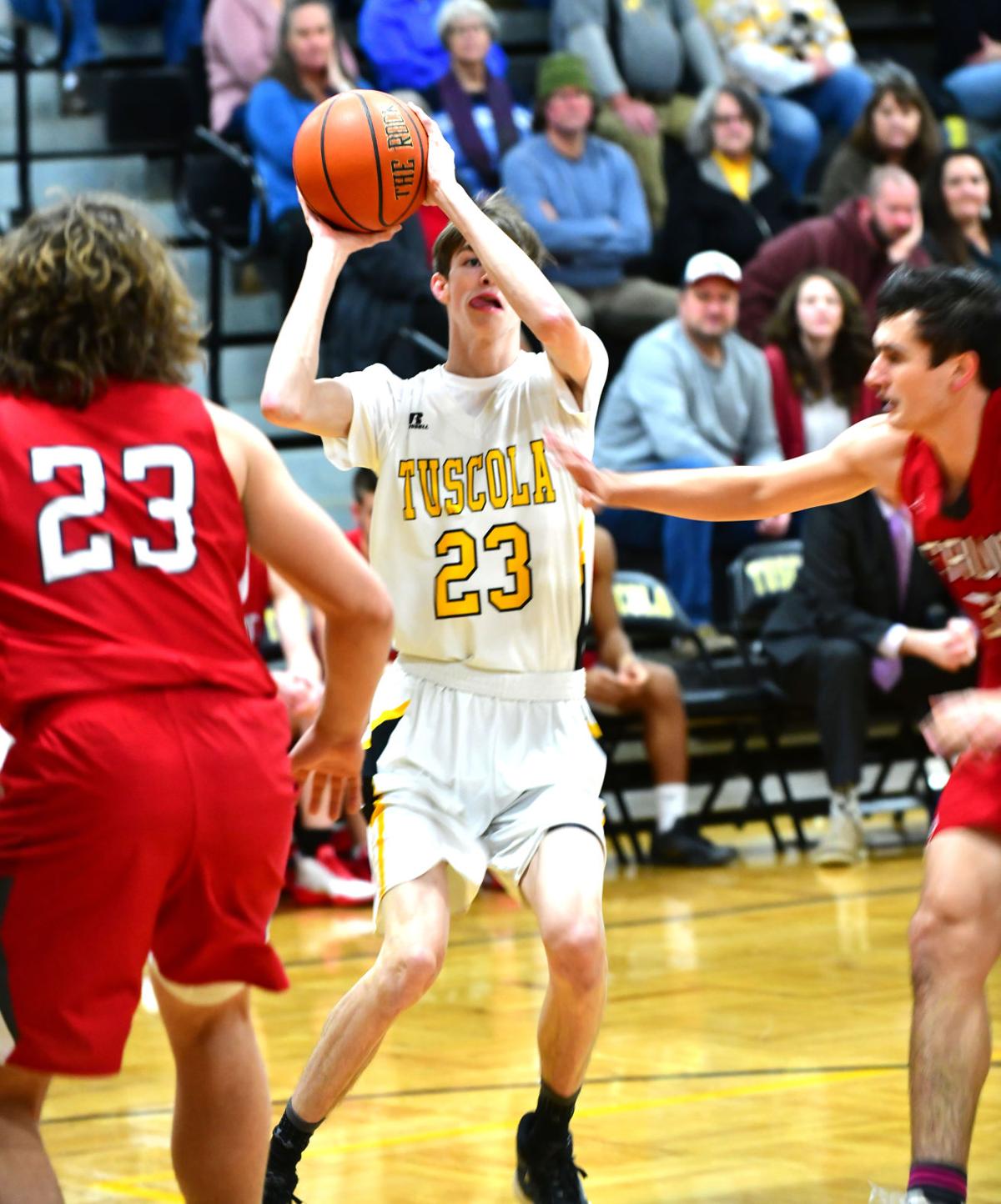 FROM DOWN TOWN — Tuscola senior Ephraim Tice shoots a 3-pointer against Erwin.

DRIVE — Tuscola’s Coleman Bryson goes for the rim against Erwin.

"It was definitely scrappy," said Tuscola head coach Nathan Messer. "I've never been part of a game where a team didn't have any fouls 12 minutes into the game. But we kept fighting through that adversity and kept doing some good things and extending the lead. Then they did a great job of getting some 3-pointers and getting back in. But then we got some rebounds and Ephraim Tice hit some huge free throws down the stretch for us."

Erwin had the early edge in this one, jumping out to a 9-5 lead about halfway through the opening quarter. The Warriors took a 12-8 lead after the first eight minutes, but Tuscola found the big shots when it needed to keep from falling into too a bigger deficit.

Midway through the fourth quarter, the Warriors had a five-point lead, as a 3-pointer by Tice was answered by Erwin to make it 20-15.

The Mountaineers answered back with a 6-0 run, as a pair of free throws by sophomore Coleman Bryson gave Tuscola its first lead of the game at 21-20. Bryson stretched the run to 8-0 by corralling a pass in traffic and laying it in, putting the Mounties up 23-20 and prompting Erwin to call a time out.

Erwin scored the half’s final five points, including a buzzer-beating 3, to take a 25-23 lead to the locker room.

The third quarter was very low-scoring to open, but Tuscola used a 6-0 run through the first four minutes to reclaim the lead at 29-25.

With under two and a half minutes to go in the third, the Mounties worked the ball around and set up Max Riester at the top of the key, who made no mistake for a 3-pointer that put Tuscola up by seven.

Tuscola took a 38-34 lead into the final quarter, looking to close out a regular-season ending win.

With Tuscola up seven with under six minutes to play, Erwin came up with five unanswered to make it a two point game at 42-40.

The Mountaineers answered quickly, however; scoring 11 unanswered to go up by 13. Turner then came up with a personal 5-0 run with four minutes and change to play to push Tuscola’s lead back up to seven, and then Brafford layed one in to make it 51-42. Bryson extended the lead to double digits with a one-handed layup with under three and a half minutes left.

A bucket from Brafford capped the run, which pretty much put the game away for Tuscola.

"One thing we talked about at halftime was we weren't going to be able to just stand around the perimeter," Messer said. "We're going to have to pass and hit cutters quickly, get some back-door cuts. That's what we did. We got to the rim and put pressure on them. That helped us out a lot. Max Riester hitting a big 3 helped open and spread their defense some too."

Up next for the Mountaineers is the WMAC Conference Tournament. As the three seed, Tuscola will face No. 6 Erwin at 8 p.m. at North Henderson High School.

"One day at a time" Messer said. "Our goal is to win the whole thing, but it takes one step, one game at a time before we can do that. So we can't worry about that. We've got to take care of our next opponent."

For more on the senior night for Tuscola basketball and cheerleading, see Wednesday’s Mountaineer.