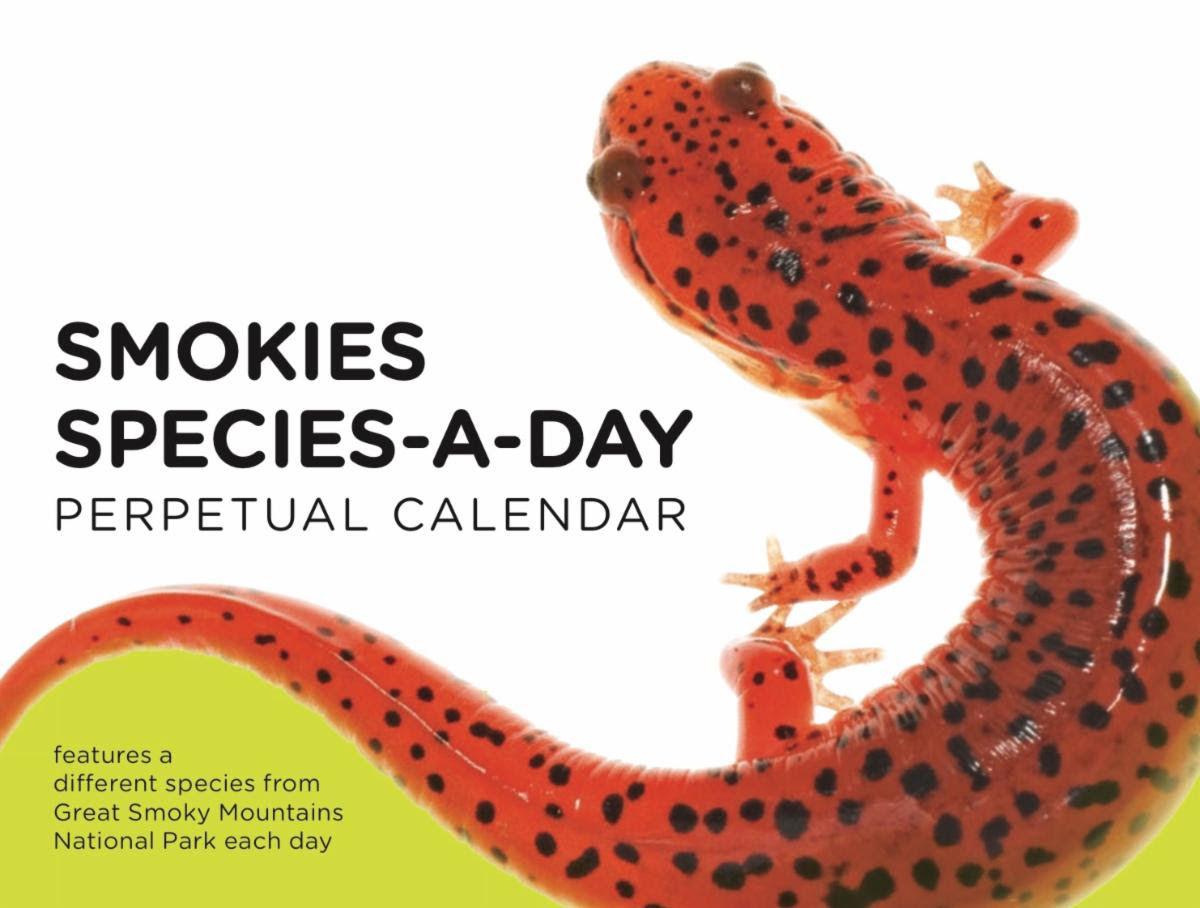 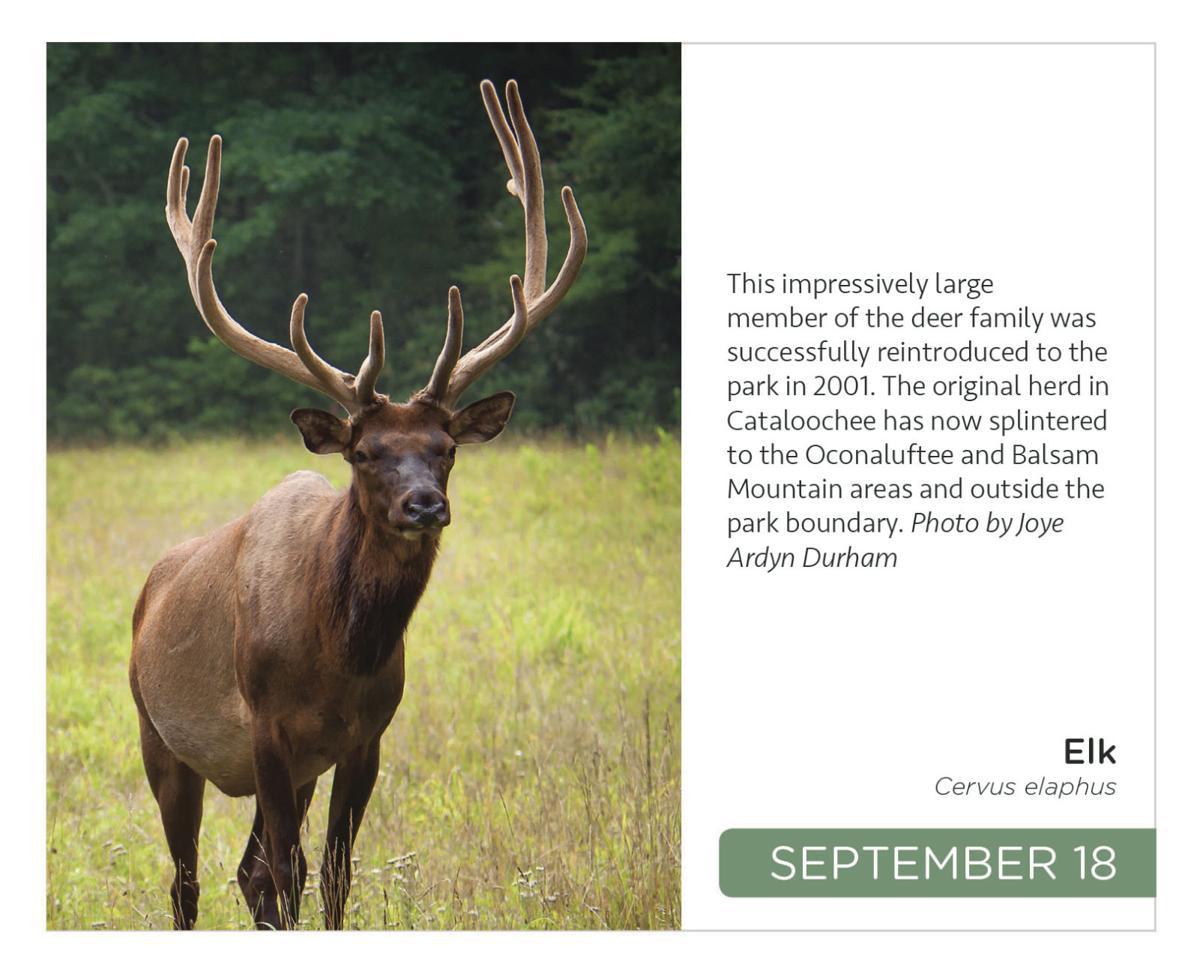 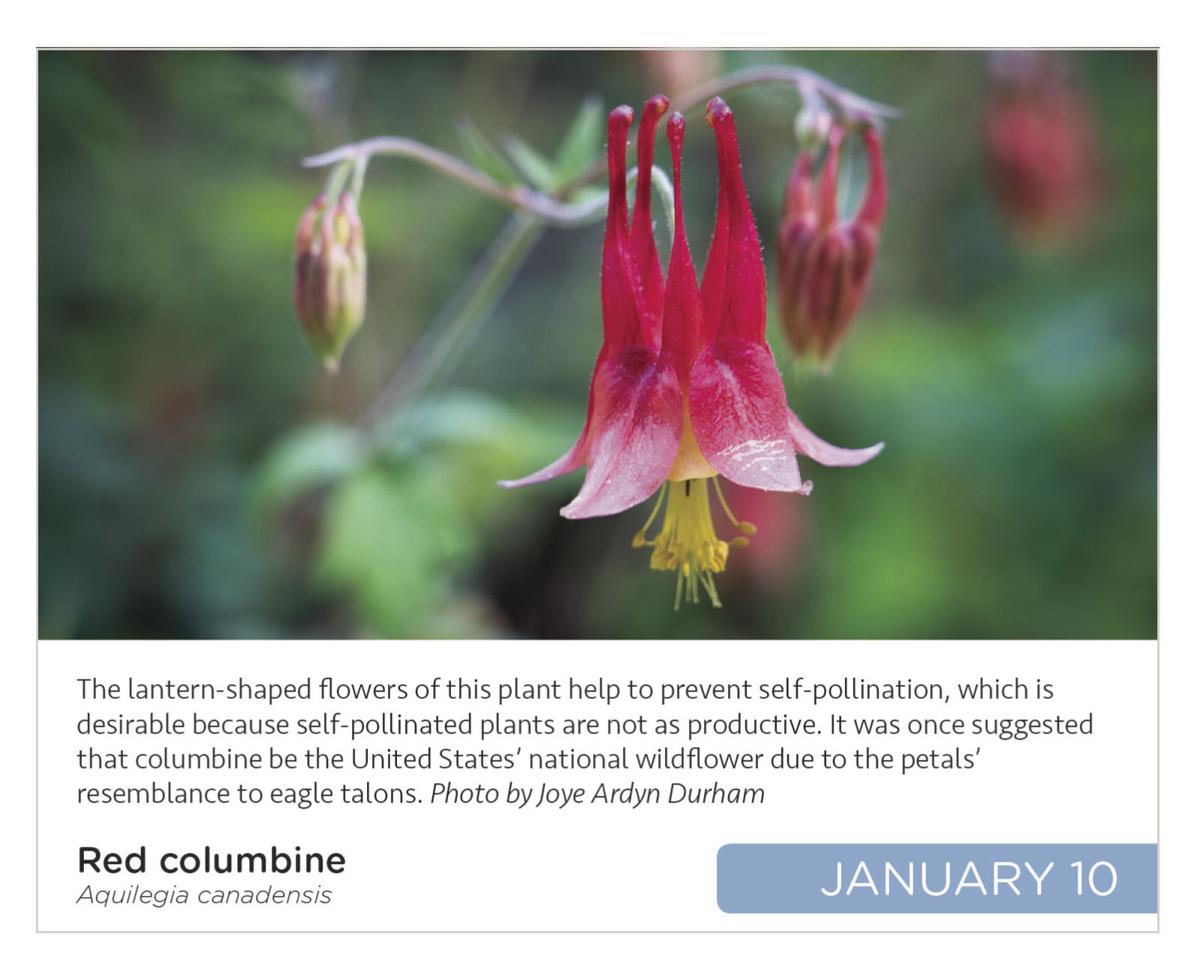 A new Species-a-Day perpetual flip calendar available now in Great Smoky Mountains National Park visitor centers allows park enthusiasts to learn more about a place renowned for its diversity of plant and animal life on each day of this and all years to come.

Published by Great Smoky Mountains Association, the educational nonprofit partner of the country’s most visited national park, this perpetual desk calendar is the result of a collaborative project between GSMA, Discover Life in America and the National Park Service.

“This project, from conception to completion, was an amazing collaboration between DLiA, NPS and GSMA,” said park Entomologist Becky Nichols. “We all played a part and worked together seamlessly. My involvement, along with my interns, was to edit the species information and images for each entry to verify that they are accurate.”

The calendar was years in the making, from being tossed around as an idea to reality as a product, said Will Kuhn, director of science and research at DLiA.

“I love how well it came together,” Kuhn said. “It’s informative, ‘edu-taining’ and beautiful. It’s also a perfect example of the fruitful relationship between GSMNP and its nonprofit partners. My role in this project was to help decide what species to include, to help coordinate a number of people—park staff, scientists, DLiA staff and interns—to write interesting factoids about each species, and to help gather photos. I also helped develop the design of the final product.”

In its ‘perpetual’ format, this calendar can adorn your desk this year, next year and any year, said Frances Figart, GSMA’s director of creative services.

“Working with a team of graphic designers, illustrators, photographers and videographers, the mountaintop emotional moments of my job come when we get a product back from the printer and realize the immense amount of passion and tenacity that has gone into its creation,” Figart said. “The Species-a-Day Calendar is especially rewarding because it was conceived by a young person who had aspirations not only to join our group of creative professionals at GSMA—some of the most talented anywhere in the world—but also to make a difference for a nonprofit that contributes immensely to the knowledge of biodiversity in this park.”

Emma DuFort, GSMA design assistant, came up with the Species-a-Day Calendar idea while working as a freelance designer and full-time sales assistant in GSMNP’s Townsend and Cades Cove visitor centers. She wanted to produce an item that would both highlight the incredible diversity of life in GSMNP and serve as an attractive, functional gift that would appeal to visitors. A daily desk calendar seemed like the best format to feature the impressive work DLiA has done with the All Taxa Biodiversity Inventory.

“I’ve worked with DLiA in the past to create a t-shirt design that showed some of GSMNP’s variety of animal and plant life, and the more I’ve learned about DLiA’s mission to catalog every species in the park, the more I’ve wanted to call attention to it,” DuFort said. “Since the ATBI began, the amount of recorded species in the park has more than doubled! So many of these species are unknown to the average visitor, so I really wanted the calendar to highlight them as well as our well-known, charismatic residents, like our black bears, elk and wildflowers.”

DuFort brought her calendar idea to GSMA’s Figart and Retail Director Dawn Roark, who looped in DLiA Executive Director Todd Witcher. Through several collaborative discussions, it was determined that to be successful as a retail item in an environment where all purchases support Great Smoky Mountains National Park, the calendar should assume a perpetual format, its long shelf life making it a more viable investment in Roark’s estimation.

Not many products of this nature existed on the market, giving DuFort the chance to work closely with the printer to produce a prototype of what the calendar would look like. Once the prototype had gone through a few modifications, DuFort went about designing the calendar, gathering 366 photos and illustrations and arranging them to best reflect the diversity of GSMNP’s whopping 20,100+ species. This means the calendar represents about 1.8% of all life in the park.

“This Species-a-Day Calendar can be enjoyed for many years, and is a perfect way to reach the public with its interesting, informative, and beautifully illustrated content,” Nichols said. “The final product encompasses many different life forms, reflecting the extreme biodiversity levels that we find in the park and continue to study.”

The driving concept behind the calendar is that it delivers ecological learning in small doses, accompanied by beautiful imagery. It gives species beyond the photogenic “stars” of the park a chance to shine. It also highlights the work that DLiA has done for the past 20 years. DLiA’s achievements often go unrecognized by the public because it’s difficult to generate mass interest in species like lichens, beetles and microorganisms. The calendar expands the audience of people who would typically tune in to those types of subjects.

The calendar also creates a more complete picture of the complex ecosystem that makes up GSMNP, and prompts viewers to make deeper observations about the network of life within the park. The language in the calendar is scientifically accurate, but not loaded with so much scientific jargon as to intimidate the casual reader.

“Emma deserves a lot of credit for doing the lion’s share of the work,” Kuhn said. “She spent an incredible amount of time and effort gathering images and copy and actually designing the final product. Frances was super helpful in keeping the team on track, Becky and her interns were also a huge help in editing the final version of the product. This was truly a team effort!”

On each page DuFort designed a full-color illustration or photo as well as interpretive text that give the casual, non-scientific audience a bit of background knowledge about that species. Once a month, a page is dedicated to a “new to science” species: one that’s been newly described in the All Taxa Biodiversity Inventory. Being perpetual, the calendar has utility for a greater span of time than most calendars and is a perfect fit for both educational environments and those who just want to add a little bit of the Smokies to their office or home.

“My great hope for this product is that it can be both visually appealing and functional, and an interpretive product that enhances the public’s knowledge of this park’s amazing network of life,” said DuFort.

Discover Life in America is a nonprofit organization with a goal to learn all they can about the estimated 60,000-80,000 species of life in Great Smoky Mountains National Park and share that information with scientists and the public. To learn more, visit DLiA.org.

Since its inception in 1953, Great Smoky Mountains Association has supported the preservation of Great Smoky Mountains National Park by promoting greater public understanding and appreciation through education, interpretation and research. A non-profit organization, GSMA has provided more than $44 million to the park during its 66-year history.

For more information about the Species-A-Day calendar and other NPS-approved educational products offer by GSMA, visit SmokiesInformation.org.