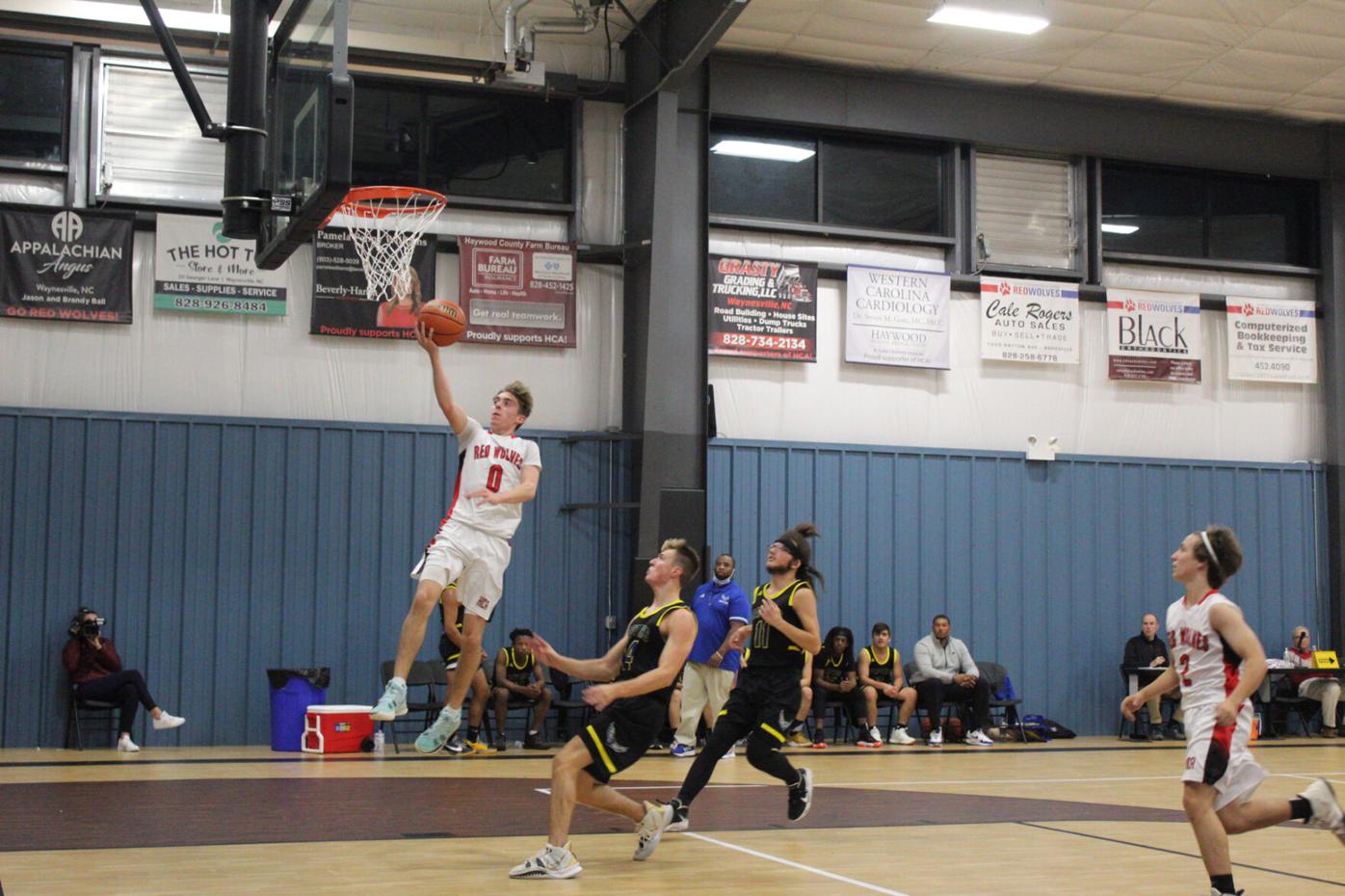 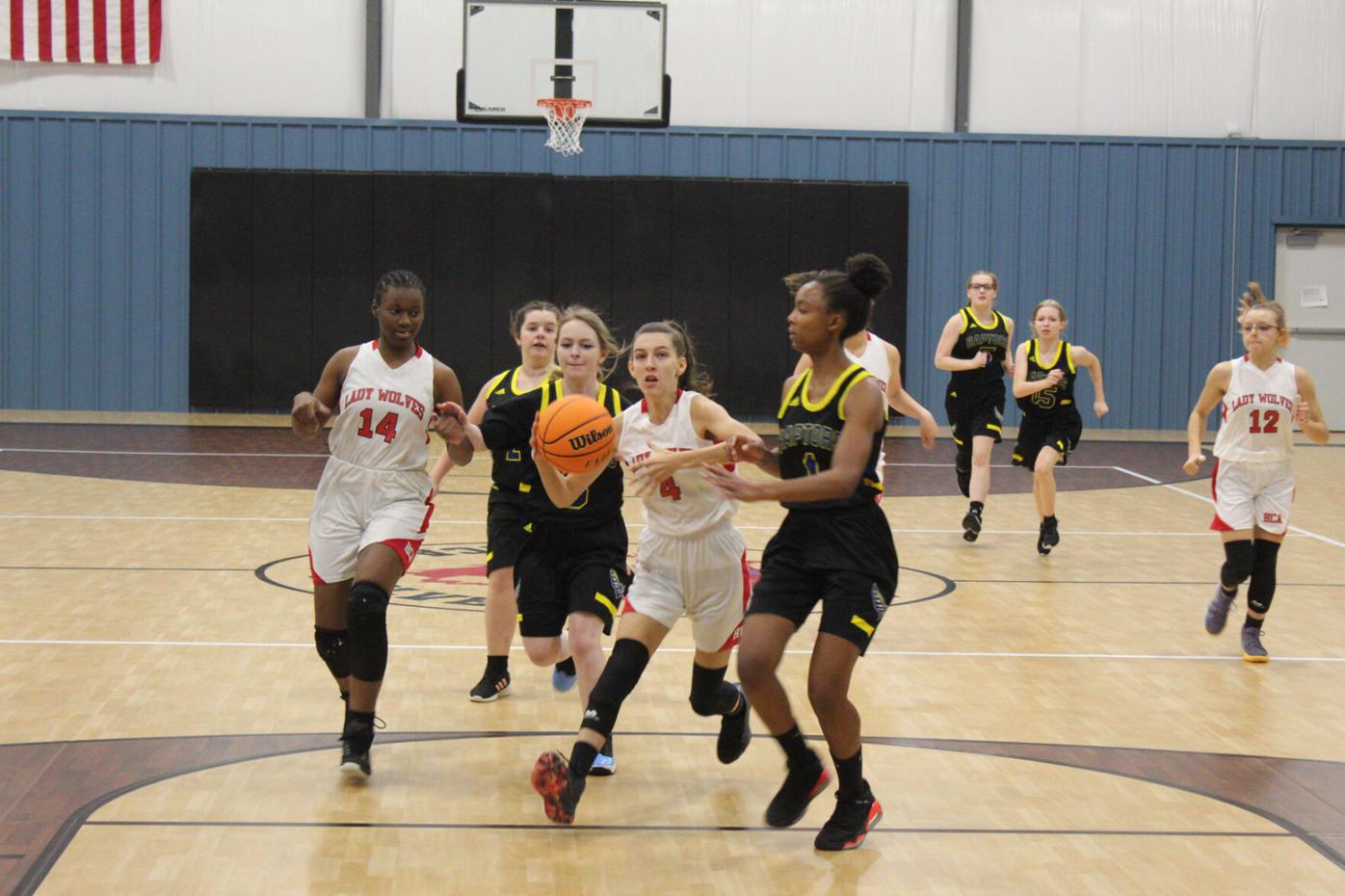 STRAIGHT SHOT — HCA’s Celeste Riddle drives through the lane on Tuesday against Lake Lure. The Lady Red Wolves stifled the Raptors en route to a 54-8 win. 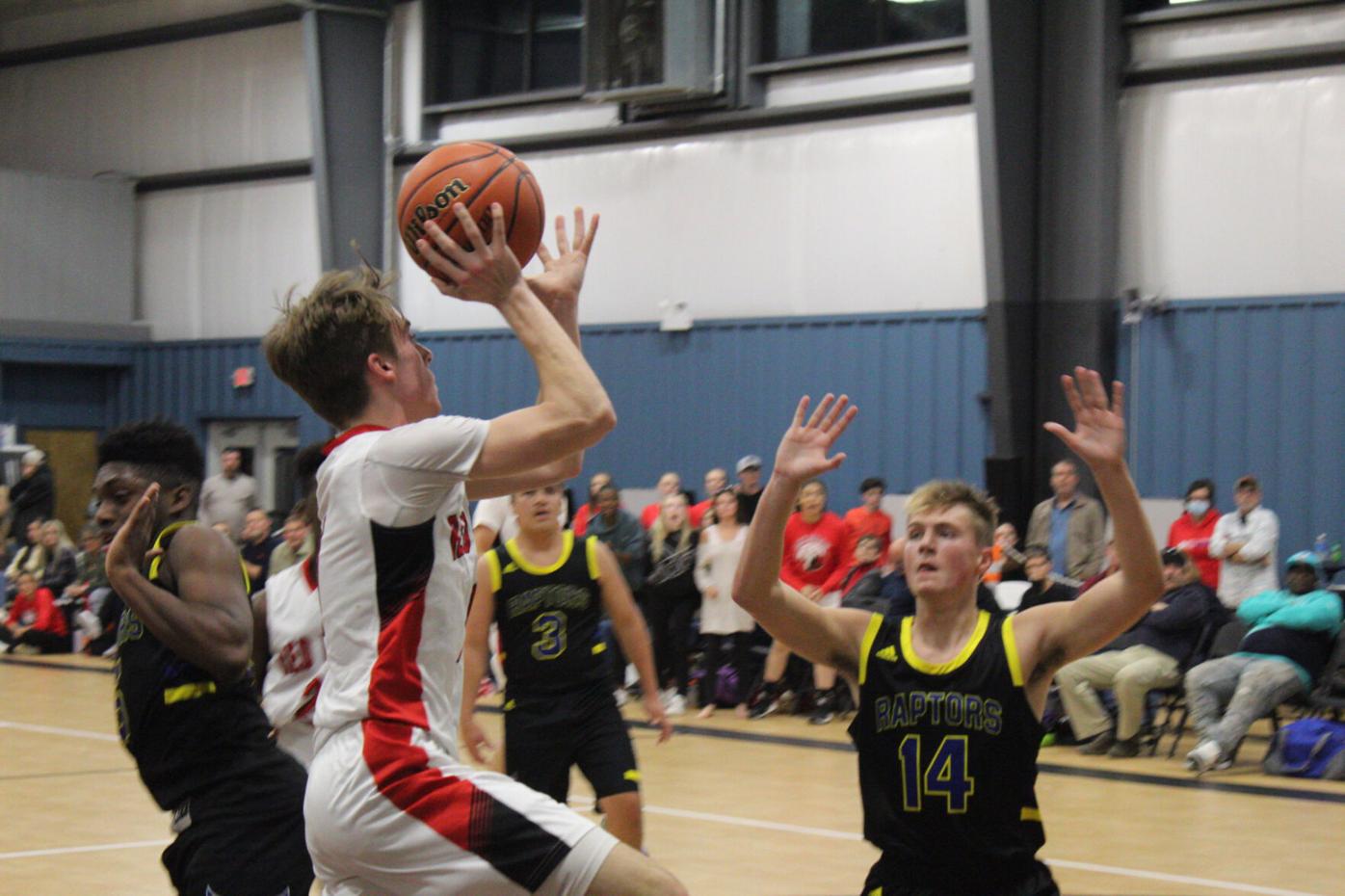 Caleb Senyo elevates on a drive during Tuesday’s win over Lake Lure. 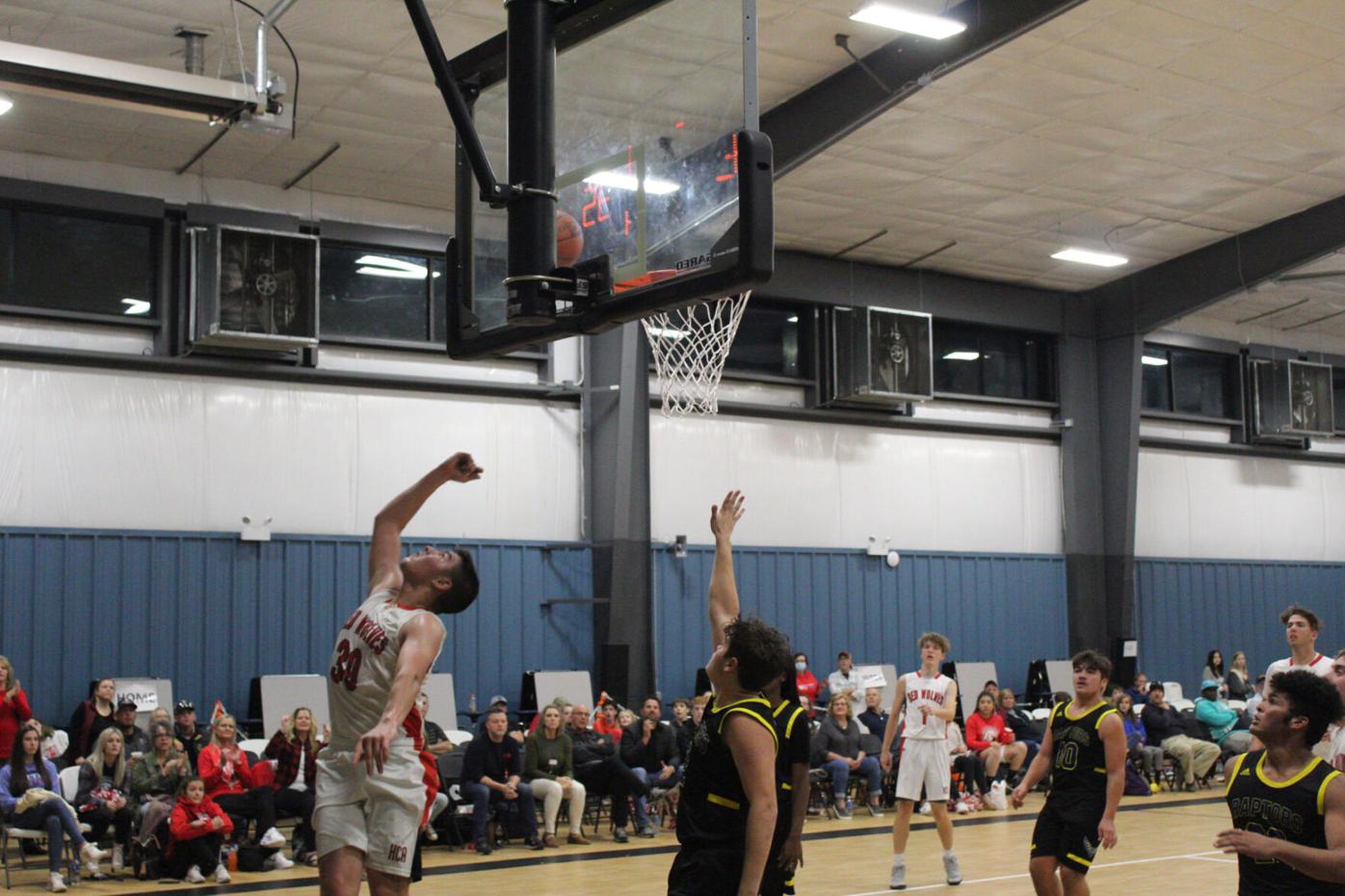 TIME TO HOWL — Red Wolves’ sophomore forward Cole Williams looks to finish down low against Lake Lure in Tuesday’s win over the Raptors. 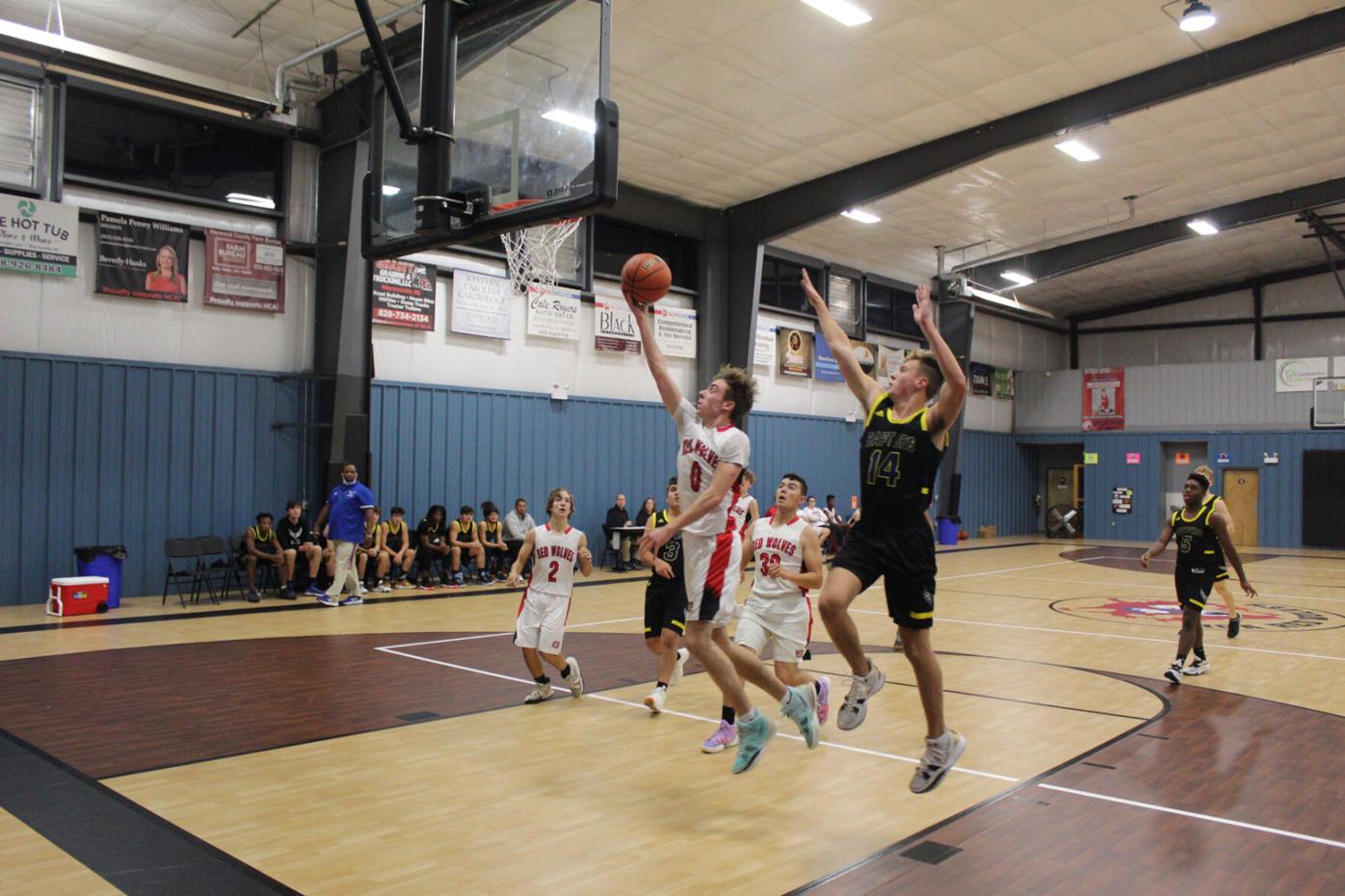 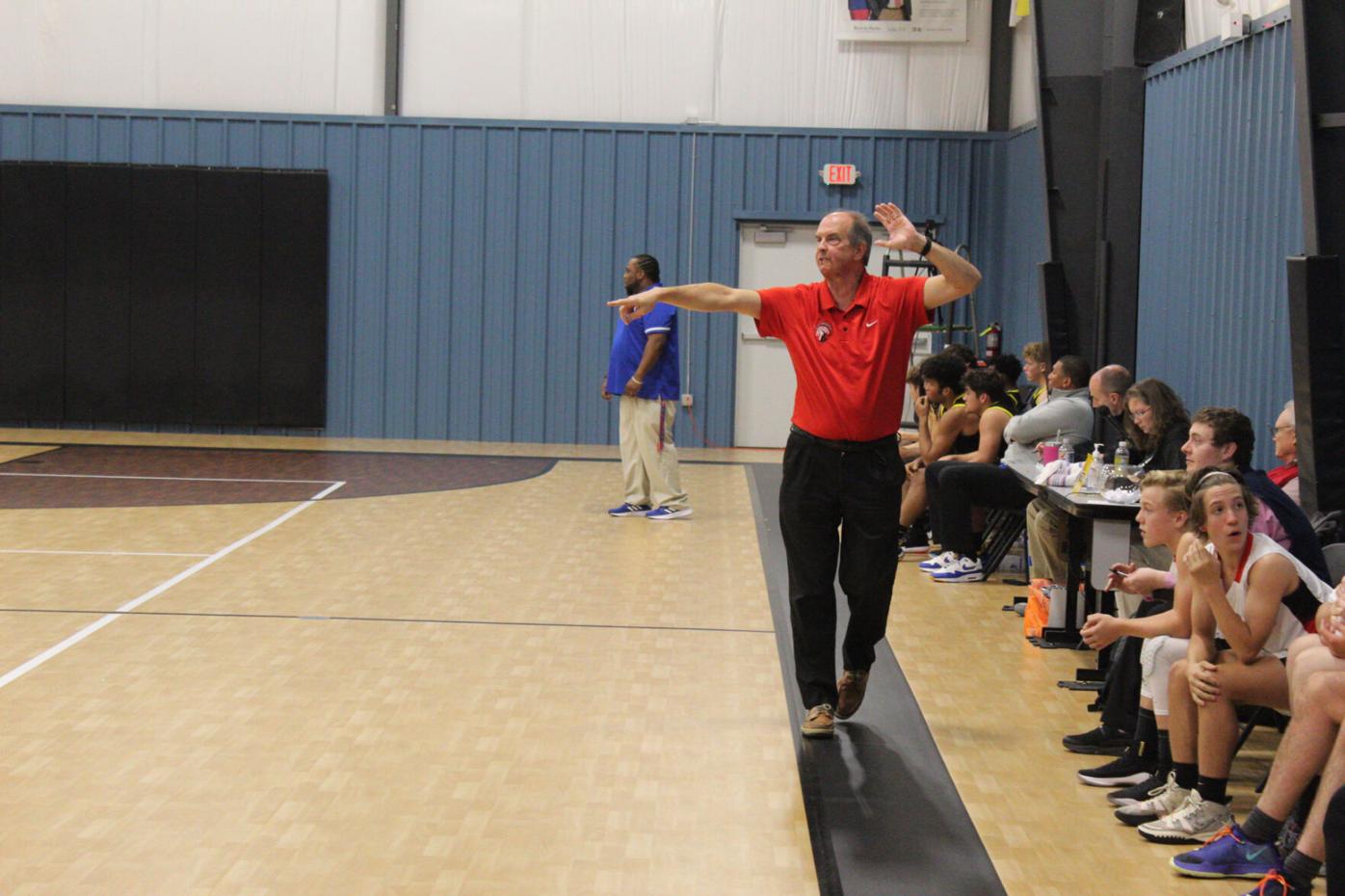 STRAIGHT SHOT — HCA’s Celeste Riddle drives through the lane on Tuesday against Lake Lure. The Lady Red Wolves stifled the Raptors en route to a 54-8 win.

Caleb Senyo elevates on a drive during Tuesday’s win over Lake Lure.

TIME TO HOWL — Red Wolves’ sophomore forward Cole Williams looks to finish down low against Lake Lure in Tuesday’s win over the Raptors.

Taking on Lake Lure Classical Academy, HCA’s high school girls basketball team rolled to a 54-8 victory before the boys picked up a 58-44 win of their own Tuesday night in Waynesville.

Next up for the Red Wolves is a home matchup with Community Christian Academy out of Bessemer City on Friday. The girls game is set to tip off at 6 p.m. with the boys at 7:45 p.m.

Through five games the Red Wolves are 4-1 and Senyo is the clear centerpiece of the offense. He scored 55 in the win over The Master’s Academy on Nov. 11 and has been held under 40 just once, currently averaging 42 points per game to go along with 9.6 rebounds, 6.2 steals and four assists.

The Red Wolves got off to a hot start against Lake Lure, forcing several early turnovers that led to fastbreak opportunities that Senyo finished at the rim. HCA built a 19-14 lead by the end of the first quarter.

The Raptors gained some momentum and battled back in the second quarter to go into halftime tied up at 25, but HCA head coach Terry Howard made adjustments and the Red Wolves regained control in the third.

Howard said the biggest thing his squad has struggled with this year is defensive consistency and that the second quarter was an example of that.

“We saw that tonight, we started playing some good defense but they were lapsing and giving up stuff,” Howard said. “At halftime it was a defensive conversation.”

Midway through the third, Senyo swished a three to give HCA its first lead of the second half at 34-33 and then found Williams down low for an easy bucket several plays later to extend it to 39-33.

“I’m just blessed, my parents blessed me to come to this school and Senyo, he decided to come here and he’s a great benefit to our team,” Williams said. “He’s a great person to play with.”

Leading 43-35 going into the fourth quarter, Senyo and the Red Wolves continued to build on their lead and won 58-44 going away.

“I think at the end of the game we kind of just picked up on defense and made sure we locked down and executed the offense,” Senyo said.

After winning the conference championship a season ago, Howard expects the upward trajectory to continue this year in his second season at the helm.

“That’s the goal this year, to improve on last year,” Howard said. “Our biggest goal is we want to repeat as conference champions, ideally in the regular season and tournament.”

The HCA girls squad improved to 3-1 on the season with a dominant 54-8 win over Lake Lure on Tuesday. Three Red Wolves reached double-digit scoring as the defense stifled the Raptors all game long.

“I thought our pressure from the beginning worked really well. We were able to get some turnovers and push that into points and I was happy with that,” head coach Patrick Holcombe said. “Our shooting was a little off, I wish that could’ve been better, but a win is still a win.”

Freshman wing Makayla Cody said she thought the difference in experience levels of the two teams played a key role in the game.

“You could tell some of their girls were a little younger and hadn’t played as much as us,” Cody said. “So we pressured them and kind of got them a little frazzled.”

Senior center Abby Poole notched an efficient double-double with 17 points on 8-of-12 shooting to go along with 10 rebounds, two blocks and a steal.

Cody stuffed the stat sheet with 11 points, nine boards, three assists, two steals and two blocks. Cody said the growing chemistry on the roster is another key component to their success.

The Red Wolves led 19-2 at the end of the first quarter and never looked back, holding the Raptors scoreless throughout the entire fourth quarter en route to the big win.

Holcombe is in his third year as head coach and thinks the familiarity with the plays and schemes has grown every season.

“Our plays have been the same since year one so they’ve been able to adapt those but perfect some of the court spacing and the movement and it shows up in the score,” Holcombe said.