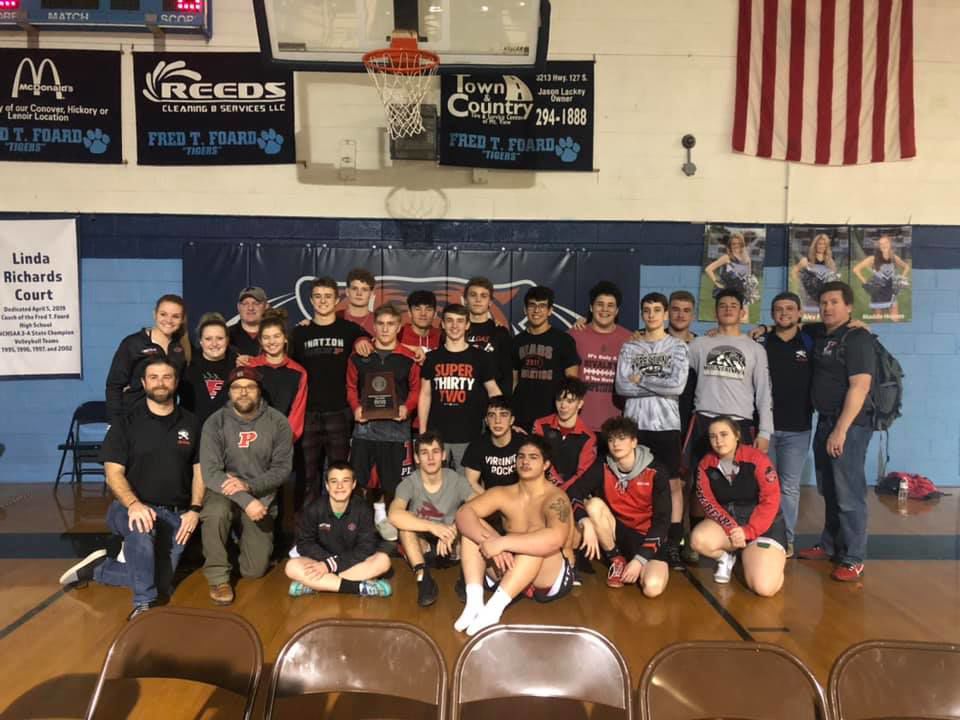 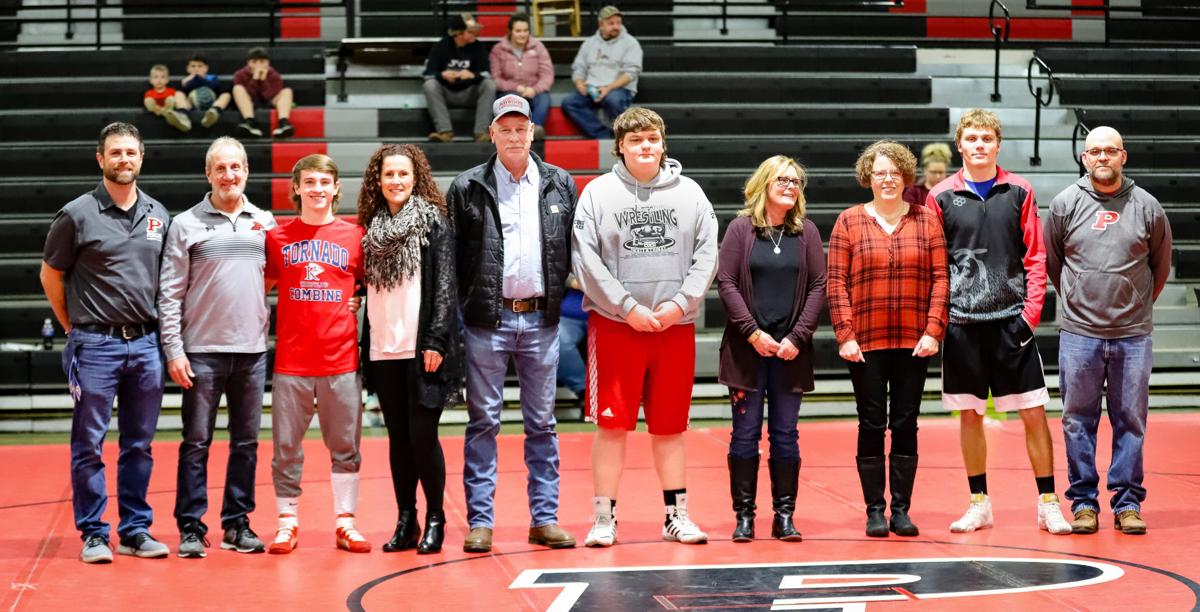 Pisgah defeated RS-Central and Ledford on Tuesday night, and then Surry Central Friday night (was scheduled for Thursday but postponed due to weather) on its way to the 2A West Regional Final, the Bears’ first appearance in the state final four since 2002. While Pisgah fell to a dominant Fred T Foard team that went on to win the title, the run capped a stellar season of team competition that saw Mill Town finish undefeated in state duals in the regular season and win the Mountain Six Conference as well.

“I was super excited,” said Pisgah head coach Ryan Gibson. “As a coach, you always hope you can make a deep run in the playoffs. I knew the kids were capable of doing it, it’s just a matter of putting it all together. … They wrestled as a family. At the end, it became about them wrestling for each other, which was super cool. They were picking it up in order for us to advance. I was just so excited. I was so proud of my guys this year. I’m so proud of the team for what they accomplished. The goal was obviously to get to state, but the goal was also to get to that semifinals match and get us there. For us to reach that goal was huge. That’s a big step in our program.”

On Tuesday night, the Bears wrestled so well against Ledford and RS-Central that they were able to “forfeit out” wins in both matches (the needed points were already secured), and allow a couple wrestlers to get some added rest, as Louis Mehaffey and McRae Robb did not have to wrestle that night.

Making the Bears’ run even more impressive was the fact that, due to injuries throughout the season, Pisgah did not have a wrestler in the 106-pound weight class, and had to forfeit six points there in every match.

“Pretty much all year, we’ve had kids get hurt,” Gibson said. “And then our 106 got hurt. He just couldn’t get the weight off until he came back. We didn’t get him until right before the playoffs. He was wrestling at 113. We were giving every team we wrestled six points right there. It’s really hard to overcome that six-point spot whenever you’re wrestling really good teams. But the kids picked it up for each other and wrestled for each other.”

One of the biggest advantages for the Bears in this year’s state duals run was their experience. Pisgah has four wrestlers who were in the individual state tournament last year, including Braden Riggs (state champ), Lane Mease (fourth in state), Mehaffey (fourth in state) and Lucas Whitted (state qualifier).

“I think experience helped a ton,” Gibson said. “Kids having been there before and being used to the pressure. It didn’t get to them, and they were able to step up and get that win.”

One of the points Gibson has emphasized all year is that wrestling is a sport where the team needs everyone to step up.

That happened throughout the state duals run, with underclassmen gaining confidence in the early-round wins.

“That was the whole key to our success,” Gibson said. “Our experienced guys did exactly what we expect them to do, step up and win big matches. But it was the young kids that you hoped, at some point, would grow up enough wrestling wise in order to step up and win those matches. That’s what we’ve been prepping them for all year. I think, once we beat Ledford, and those kids beat some kids that maybe they didn’t think they could beat, they started believing what we’ve been telling them all year, that they were good. Wrestling the competition that we wrestled all year prepared them for that run. They stepped into their role and really embraced it. They took care of business for us, which is really cool.”

Beyond confidence, a key factor in the underclassmen stepping up came from the leadership of the experienced wrestlers.

“As we continued to get deeper and deeper into the run, my upper classmen, my experienced guys, were talking these young guys through it,” Gibson said. “Telling them to remain calm, telling them to wrestle their best and block out the crowd. It was neat seeing them step up into their role as leaders keeping the guys calm and really pushing them to do what they did.”

The schedule the Bears wrestled in nonconference play throughout the year helped prepare them for the state duals, as Gibson took his team to multiple out-of-state tournaments.

In addition to preparing for tough competition, those tournaments also got the Bears ready for a routine of wrestling after a long bus ride.

“Wrestling the competition that we wrestled prepares you for these matches to make them tough,” Gibson said. “Not only that, we didn’t get to host. We were on the road. We had to travel both times down the mountain. An hour and a half the first night, and two and a half hours the second night. Getting them on the bus, getting them off the mountain and traveling, gets them used to the bus ride so that there’s no lag there, that it doesn’t affect them. That’s part of the preparation.”

Up next for the Bears is the individual regional tournament at West Wilkes this Friday and Saturday.

The top four finishers in each weight class will advance to the state championships in Greensboro the following weekend, where the Bears will look to replicate or exceed last year’s success.

“I just want to keep riding the momentum that we built this week,” Gibson said. “One of the best momentum swings that I’ve seen in the years that I’ve been coaching was this week with the kids stepping up, starting to believe that they can do stuff. If they can continue to ride the momentum swing, I think this weekend at regionals, the kids will surprise themselves on how well they do. If they do that, we have a good chance to take more than a handful to the state tournament.”