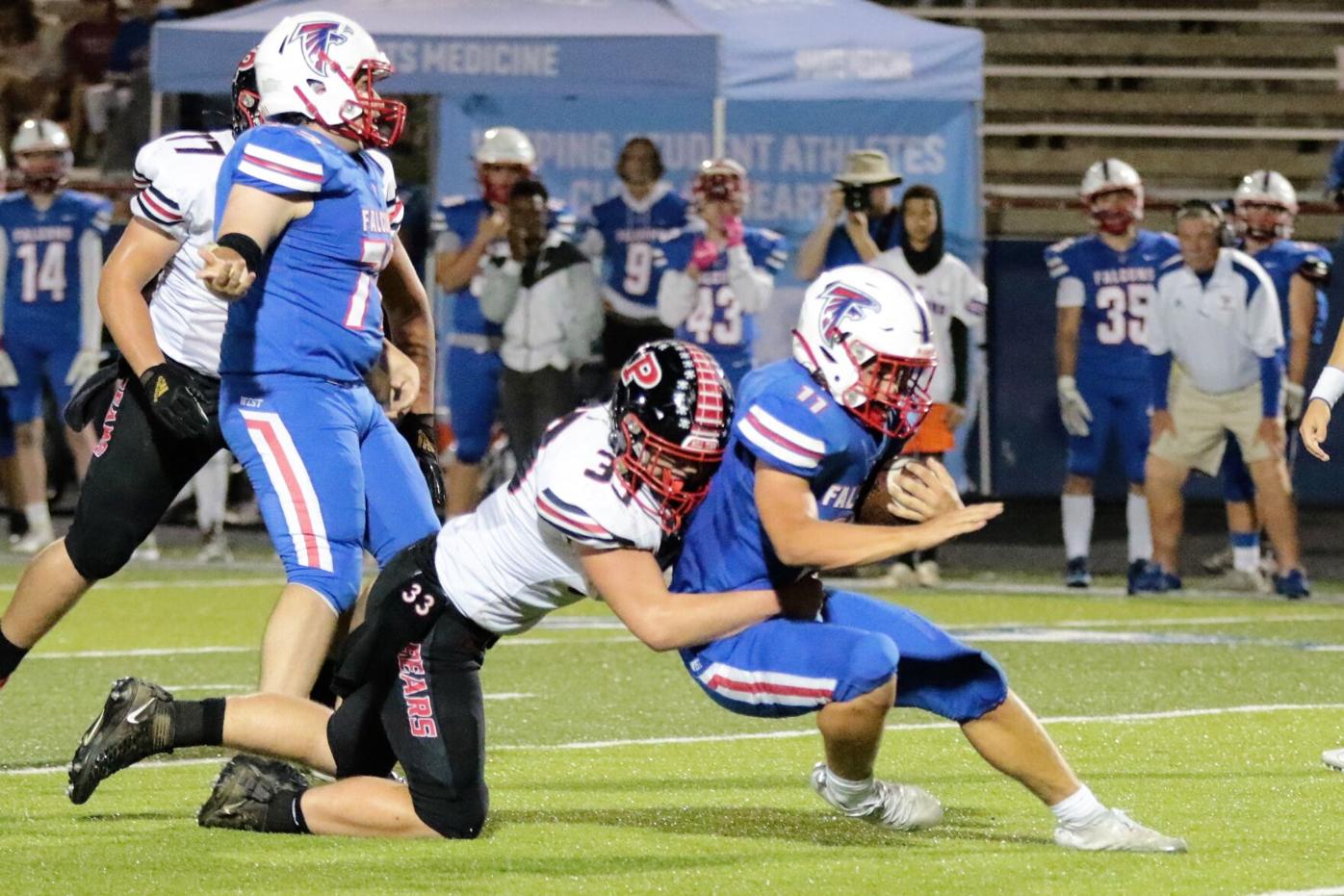 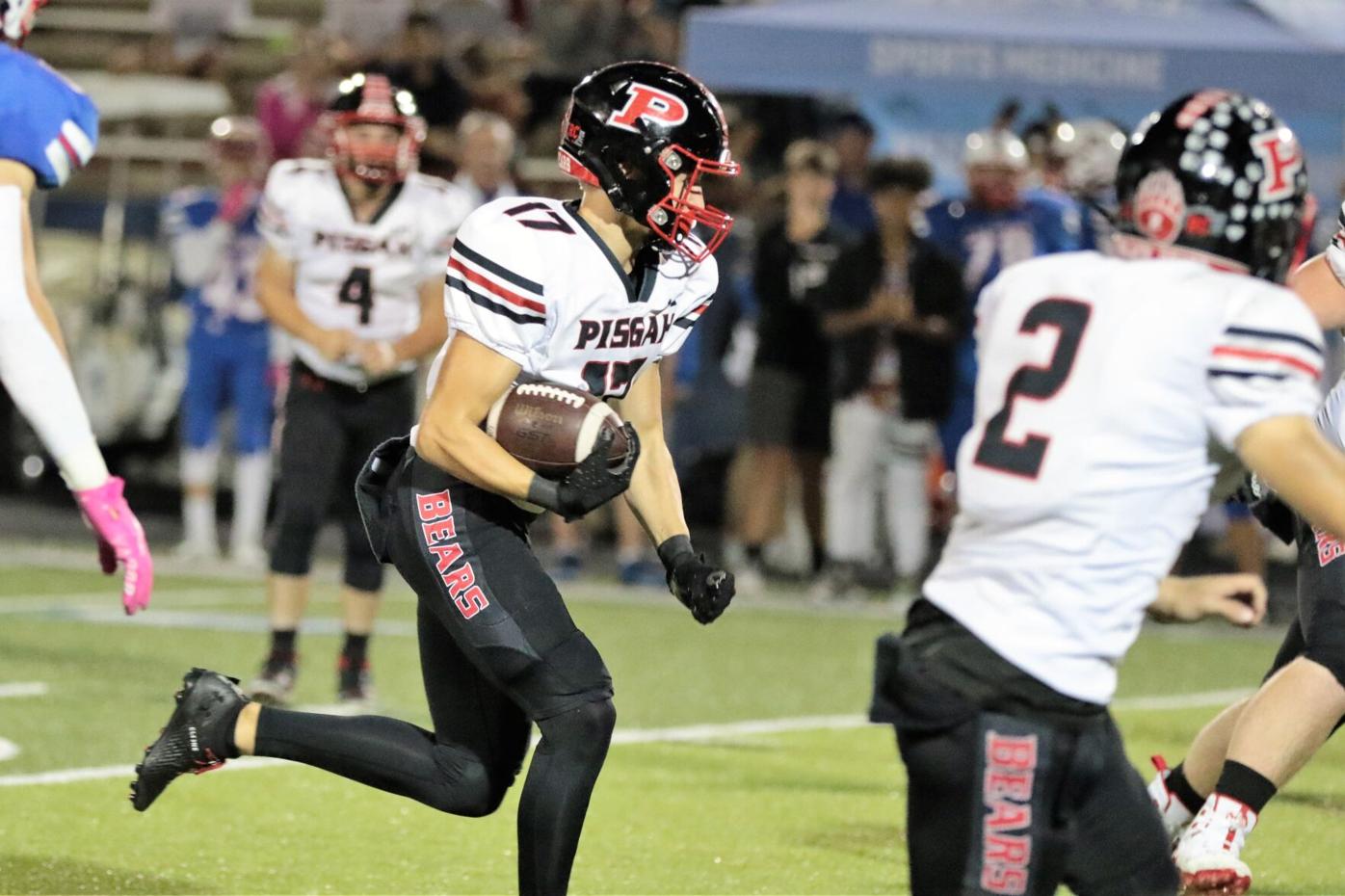 Breydon Reynolds, a sophomore call-up from JV, picked off a pass Friday night against West Henderson. “We’ve had a lot of kids who have had to step up in important roles,” Pisgah head coach Brett Chappell said. 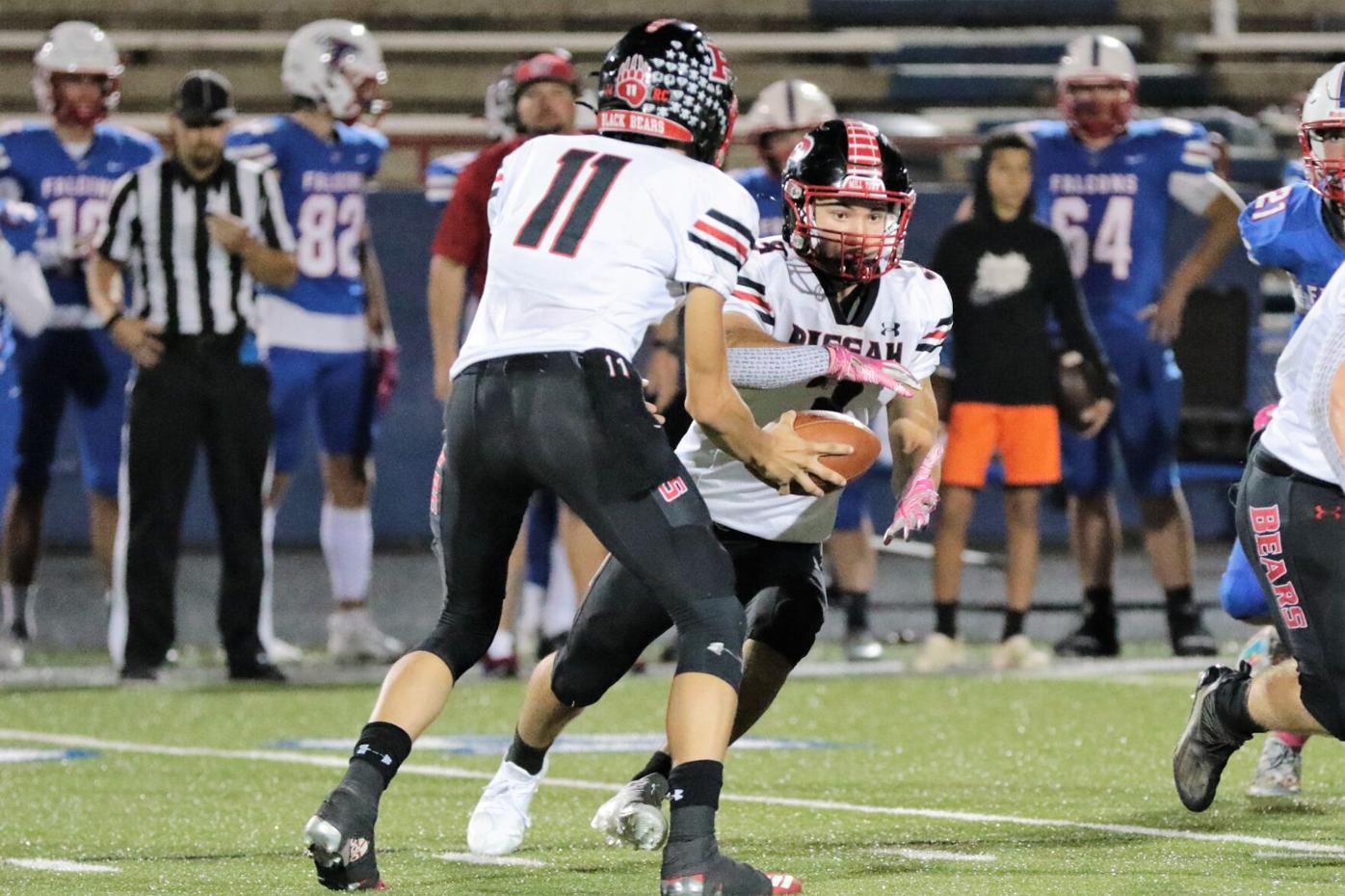 Breydon Reynolds, a sophomore call-up from JV, picked off a pass Friday night against West Henderson. “We’ve had a lot of kids who have had to step up in important roles,” Pisgah head coach Brett Chappell said.

Pisgah football entered its seventh game of the season in the driver’s seat, as head coach Brett Chappell puts it, and after shutting out West Henderson on the road, it seems the Bears are intent on staying there.

Although the Falcons (1-6, 1-3) showcased an offense that offered glimpses of potency, between their own mistakes and a stifling Mill Town defense, they were unable to get anything going. On the other side, the Pisgah (6-1, 3-0) offense had an iron grip on the clock and was able to control the game — including a 10-minute drive in the first half — while keeping its defense on the sidelines. Ultimately, the Bears would come away with the 16-0 win.

“That was the key to the game for us because their offense was so explosive,” Chappell said. “We knew our offense had to be almost defensive, work with our defense to keep our guys off the field and limit their possessions.”

“The biggest thing I’d say is I don’t think we’d hurt ourselves too much,” he added. “We were able to take advantage of opportunities, but we didn’t create too many for them either, and that was key for us.”

Along with a 25-yard Luke Pinkston field goal, made tough by a sharp angle, running back Ian Rogers — who appeared to suffer an ankle injury last week — scored both Bears touchdowns and finished with 111 yards on 28 carries.

Two weeks ago against Franklin, quarterback Logan Free suffered an injury to his left arm that kept him sidelined. While he returned against the Falcons, he only took snaps on defense and special teams but factored heavily into those phases.

“Logan was fine,” Chappell said. “We decided to make the change to be able to give Logan more time on the defensive side. We couldn’t stand to lose him because he’s so important to that defensive side, so we wanted to give him possessions there.”

Michael Irons, who took every snap at quarterback, looked comfortable both in and out of the pocket and had a couple of key passes on third and even fourth downs to keep drives alive.

“I think he stepped up and played really well,” Chappell said.

The theme of injuries to key players has made itself apparent each of the last three games with Gabe Nussman, who starts on both sides of the ball, coming out with an ankle injury at West Henderson. However, Chappell said that amid that turmoil, he’s proud of how his team has stepped up. For example, against the Falcons, sophomore Breydon Reynolds, playing up from junior varsity, had a critical interception.

“We’ve had a lot of kids who have had to step up in important roles,” Chappell said. “(Sophomore) Hudson Smith stepped up and played as well. We’ve had some defensive linemen that have had to flip over and play some offensive line … our motto is ‘whatever it takes.’ These kids have dug deep and have continued to push.”

The win sets Pisgah up for a crucial contest against Tuscola (5-2, 3-0), the team’s biggest conference threat, in the County Clash Friday night.