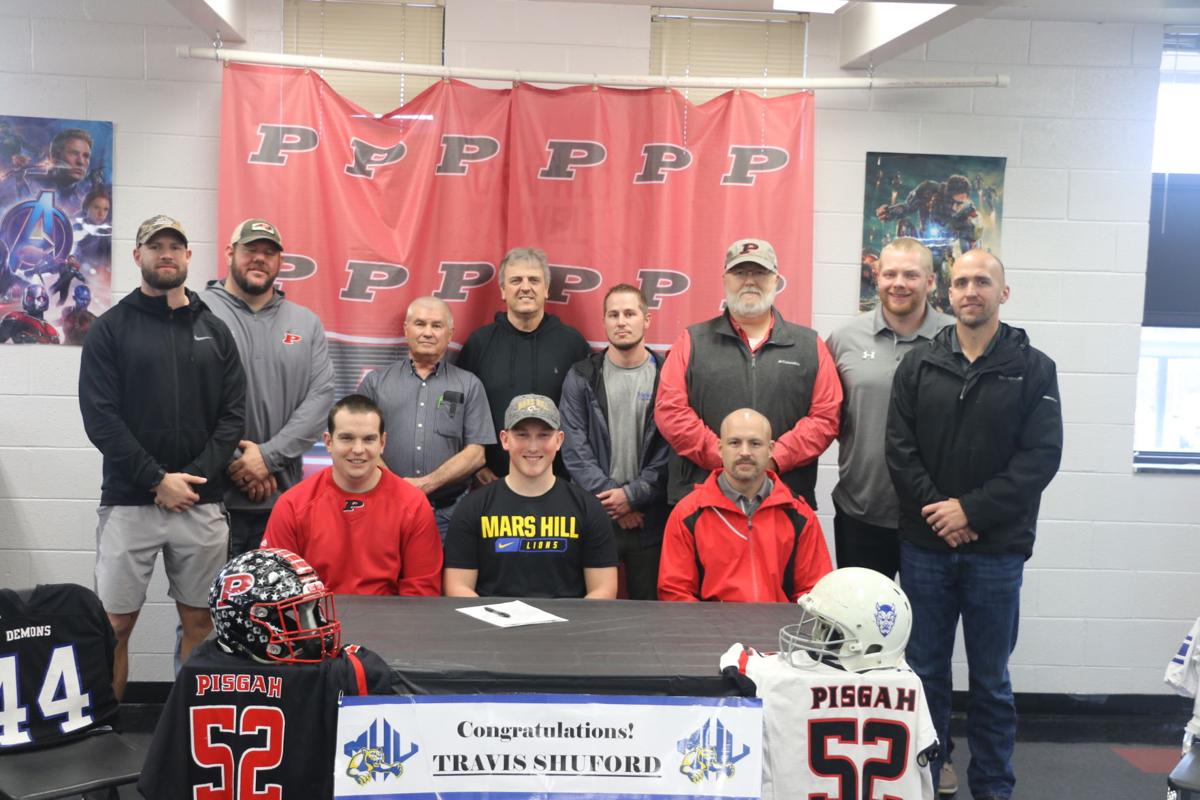 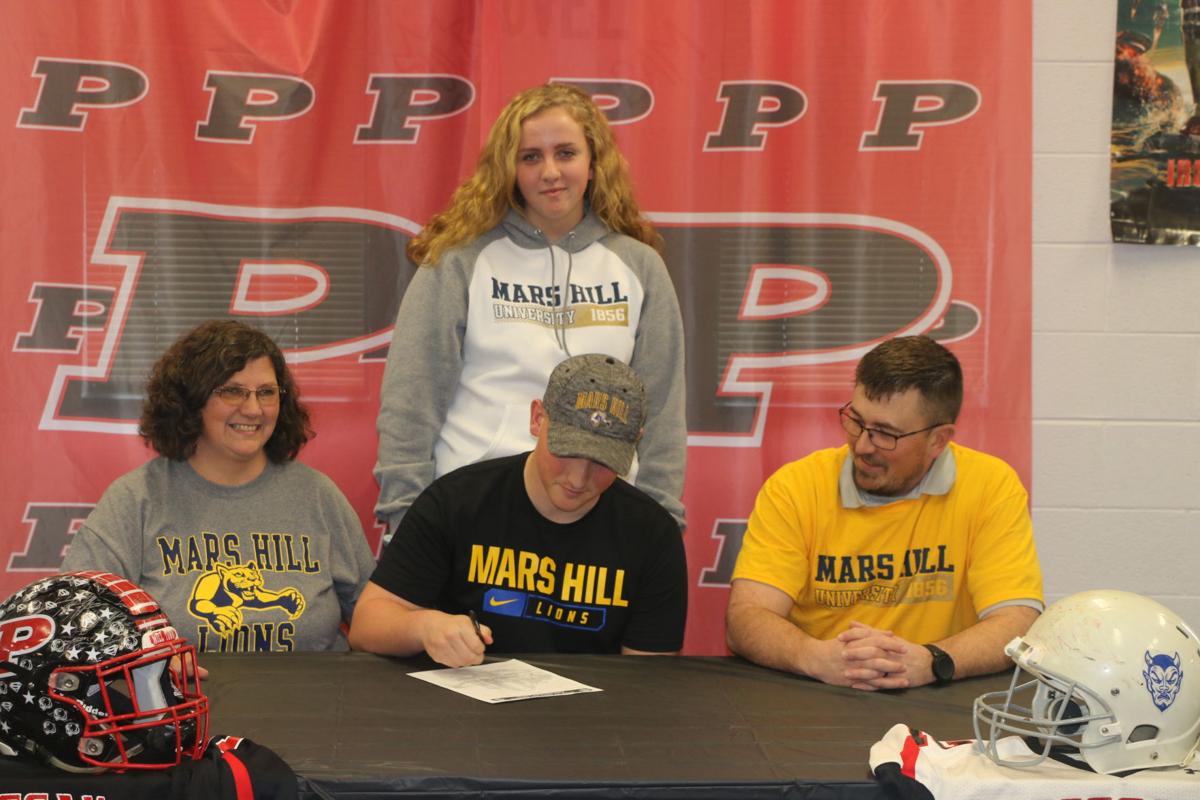 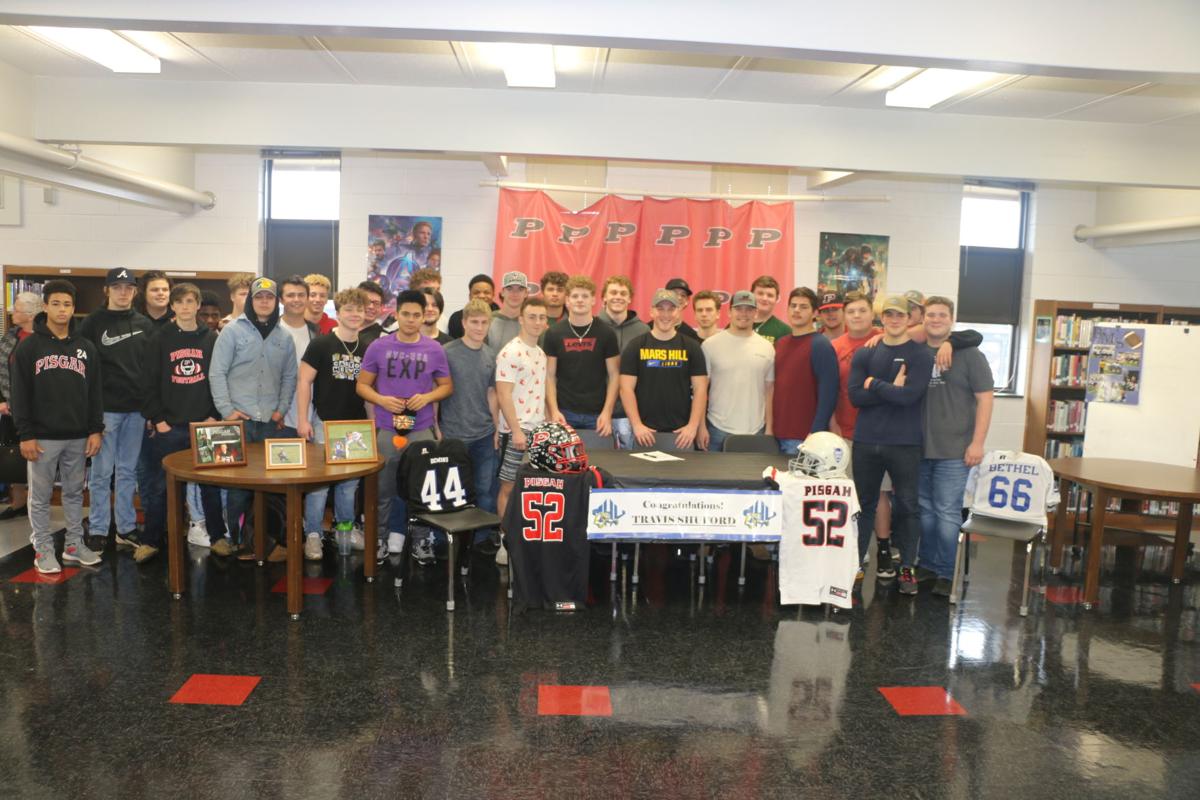 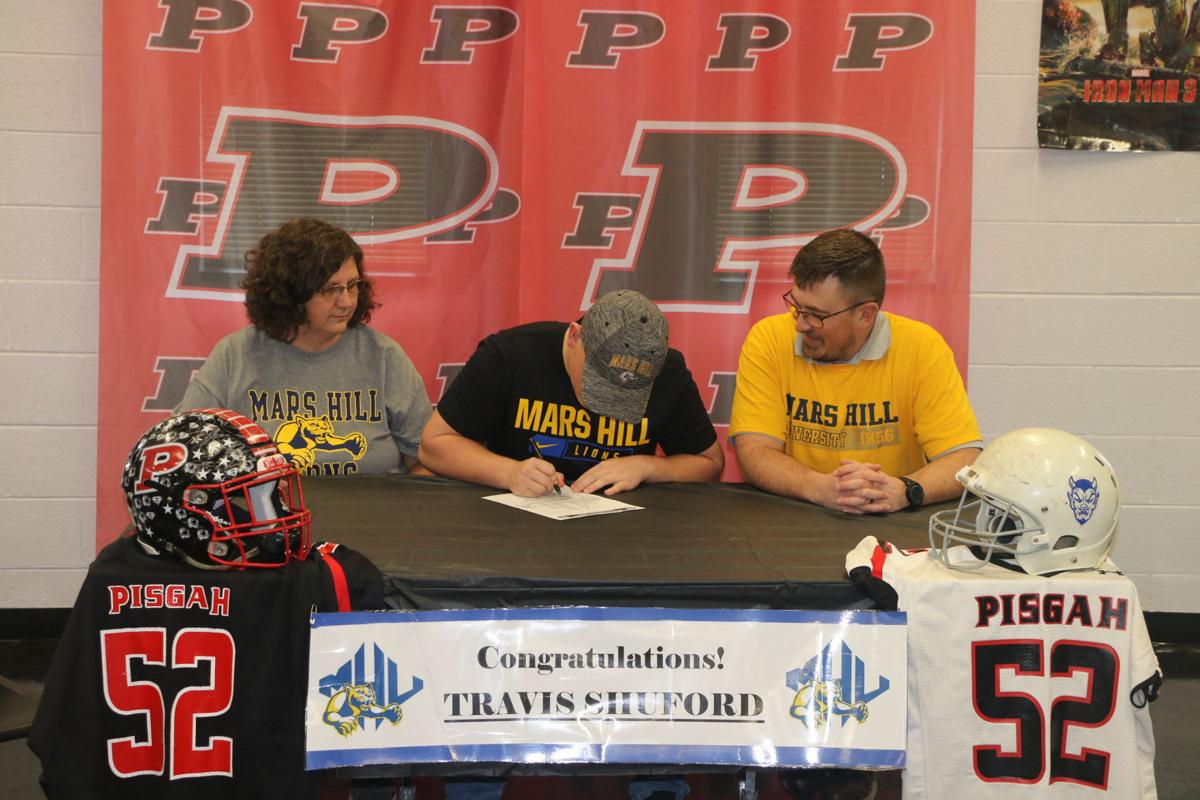 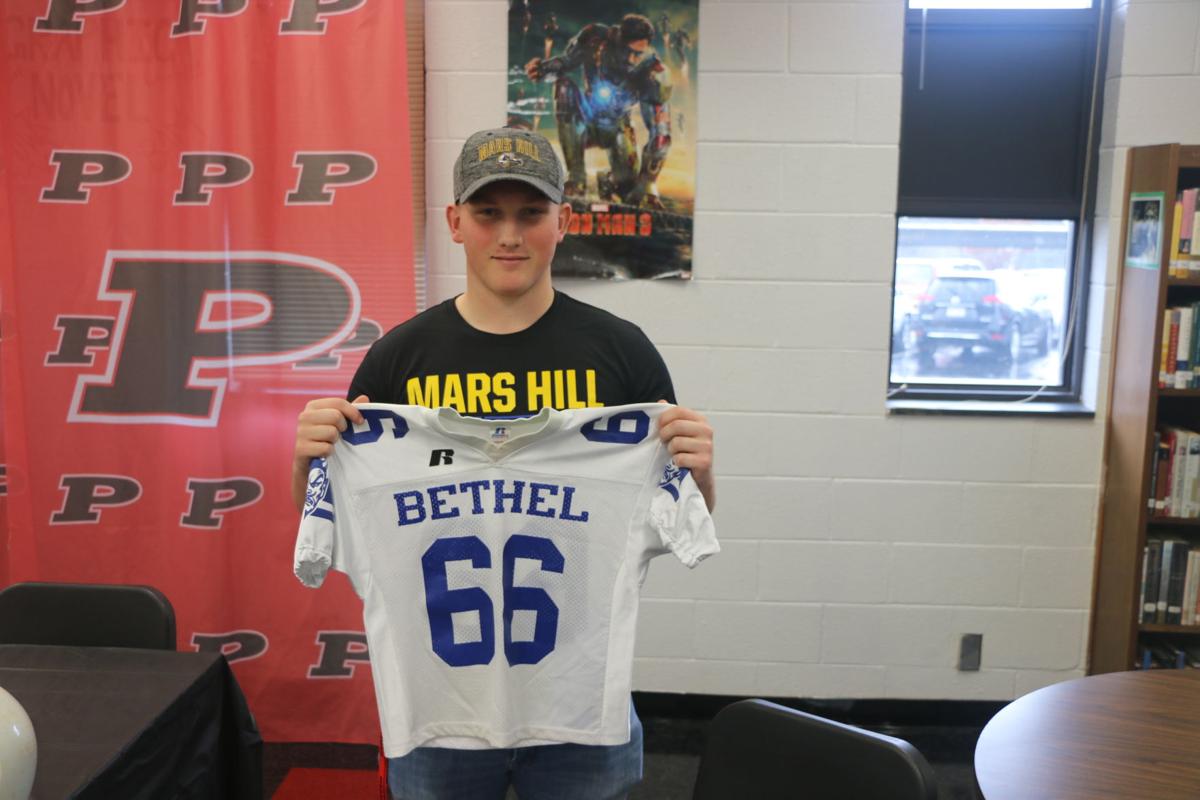 From the first day he set foot on the field at Pisgah high school, Travis Shuford knew what he wanted: to play college football.

Wednesday in the school’s library, after four years of hard work on and off the field, Shuford’s dream was realized. The Bears’ senior long snapper and offensive lineman, surrounded by his family, friends, teammates and coaches, signed his national letter of intent to play football at Mars Hill University.

“To know that I’ve finally achieved it feels great,” Shuford said. “There was a lot of bumps and bruises along the way, but that’s to be expected. And it just feels great to be able to finally make this happen.”

In working towards making the goal of playing college football happen, Shuford and his parents went above and beyond with the recruiting process, according to Pisgah head coach Brett Chappell.

He and his parents traveled to camps to get in front of recruiters and asked questions of Chappell and his staff about the recruiting process.

“Travis was very driven with what he wanted to do, and it’s great to see a young man be able to come through and accomplish those things, get to the end of his high school career and be able to have a choice,” Chappell said. “I think that’s one thing sometimes we lose sight of. This kid had done everything he needed to do in the classroom. He performed well on the field and he had options when it came to the end. That’s what’s great to see for young kids.”

Chappell’s support and guidance throughout his playing career and the recruiting process played a pivotal role in getting Shuford to this point.

Shuford was a standout as both an offensive lineman and long snapper for the Bears.

He’ll stick to long snapping for the Lions, but Chappell and the other Pisgah coaches know that Shuford’s impact on a team goes far beyond the football field, but is reflected in his demeanor and leadership abilities as well.

“His attitude never changed from day to day,” Chappell said. “He was very solid for us. There weren’t a whole lot of highs or lows. He was always somebody that we could always count on and depend on. He was always a great leader for us outside of that locker room and outside of playing on those fields. He did it the right way, was certainly a great leader for us and somebody we’ll miss.”

In the years to come, as young players come to Pisgah with their own goals and dreams in mind, Shuford will be a perfect example for the Bears’ staff to point to for what can accomplish when players put the work in to achieve their goals.

“I think sometimes size and weight overshadow heart and desire,” Chappell said. “Travis was a great example of somebody who was not six-foot-six, 280 pounds, but he knew what he wanted. He was able to go out and do the things necessary to get those opportunities. Like I said, he was very driven with what he wanted to accomplish. He never wavered from that. I think for us here at Pisgah high school, that’s something that we reflect on daily. We’ve got so many kids that are like Travis. He’s such a great example that we can use and say, ‘Listen, this is what this kid did. He had his mind set as he came into high school and this is what he was able to accomplish.’ So it’s a great story to tell for good lessons learned for our kids.”

As someone who saw first hand how badly Shuford wanted to play in college, and the work he put in to make it happen, Chappell was grateful to be able to celebrate his former player’s accomplishment.

“It’s huge to be able to sit up here, and I mentioned this to his parents when I was talking to them,” Chappell said. “So many times, we as coaches have to talk about team, and we try not to talk about the individual too much because it’s such a team-oriented sport. This is an opportunity where I can talk about the individual. I really enjoy that part of it where we can look back and see everything that unfolded throughout his career and different directions he could have gone. He never lost sight of what that goal was and, I’m just certainly happy for him and his family.”

Shuford, who also plays baseball and played basketball his freshman and sophomore years, now gets a chance to be a representative of the Pisgah football program and community.

As he looked around the library at everyone who came to celebrate with him, and reflected on getting that same support he’s gotten from the community his whole life, he knew one thing: this wouldn’t be happening without it.

“It’s helped make me the person I am today,” Shuford said. “I wouldn’t be anywhere near where I am today if I didn’t have this community around me.”