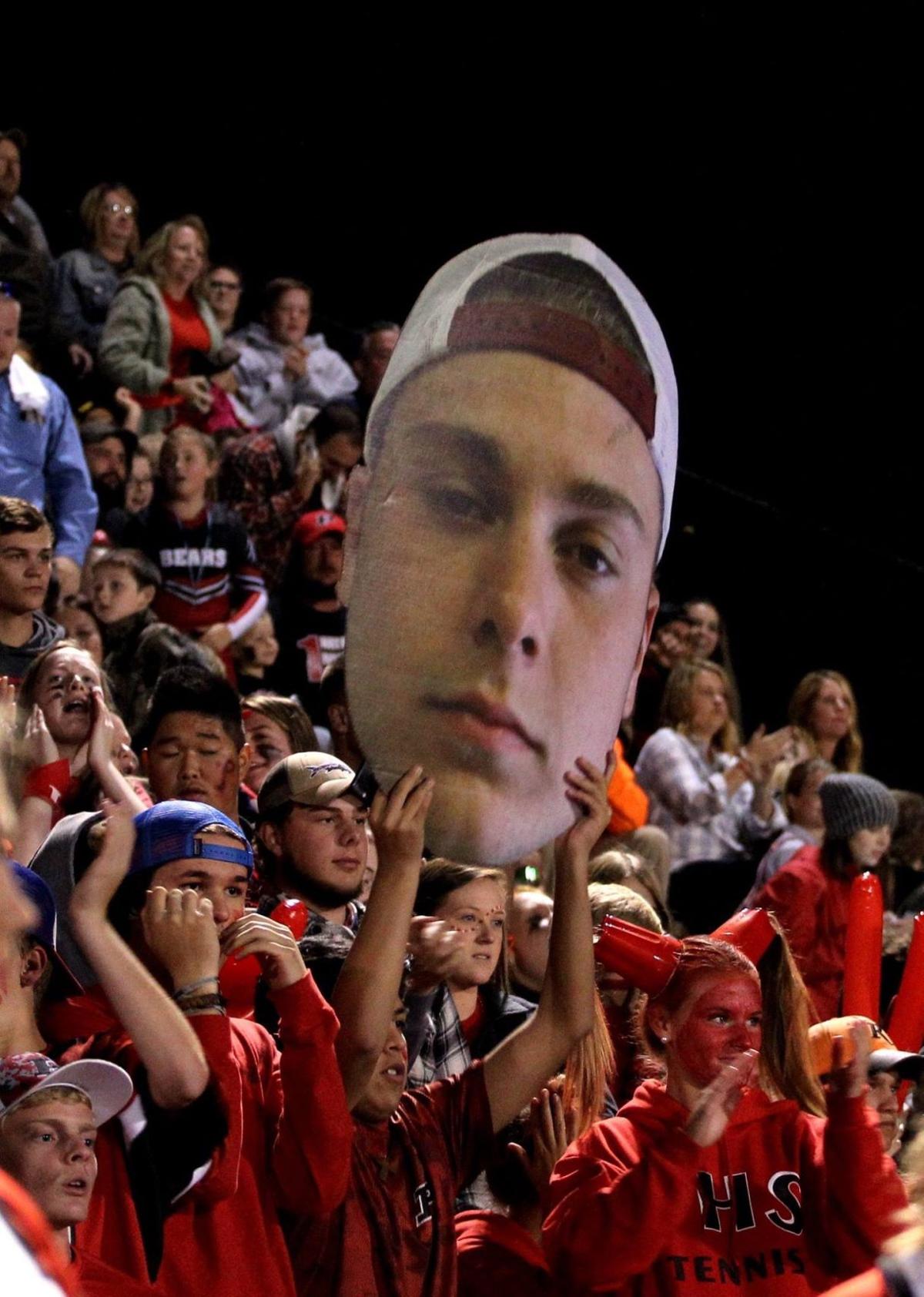 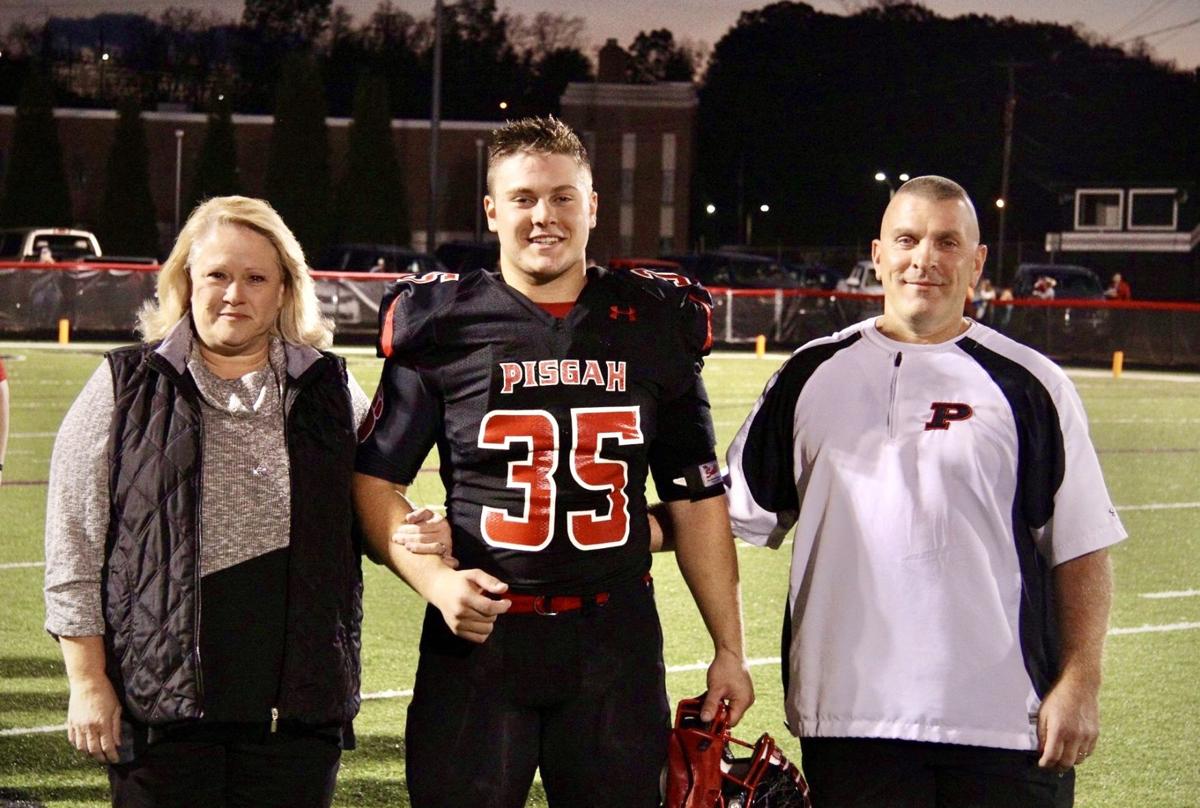 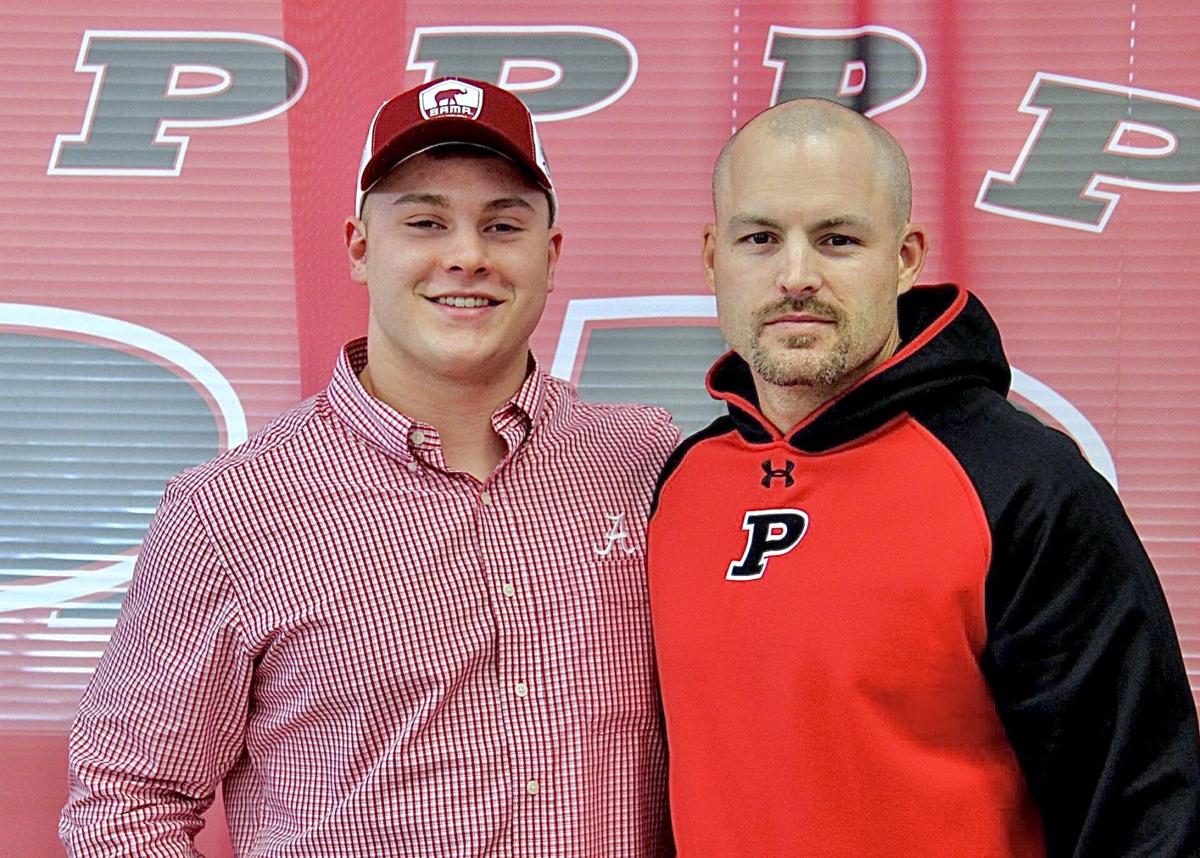 COACH — Former Pisgah football player Michael Parrott (left) with head coach Brett Chappell (right) on his signing day for Alabama. Parrott transferred to the University of Miami, where he was recently awarded a full football scholarship. 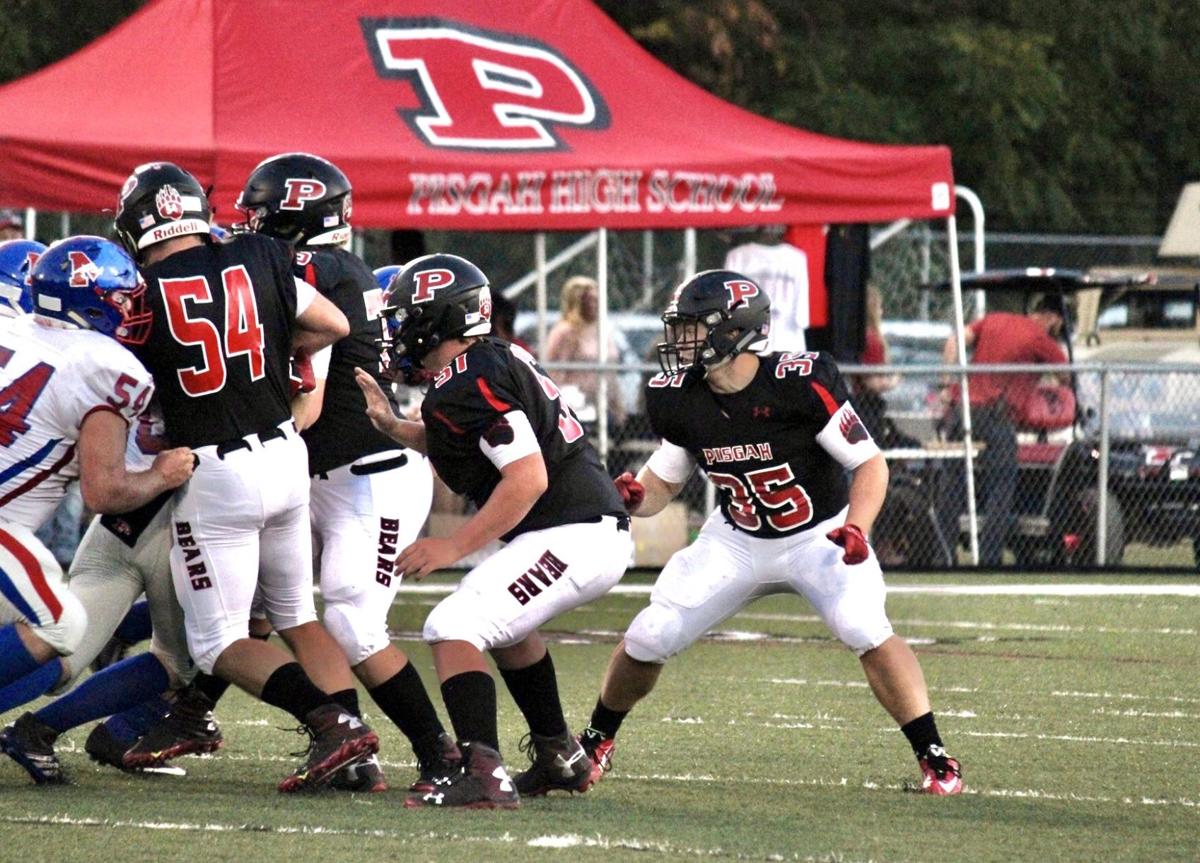 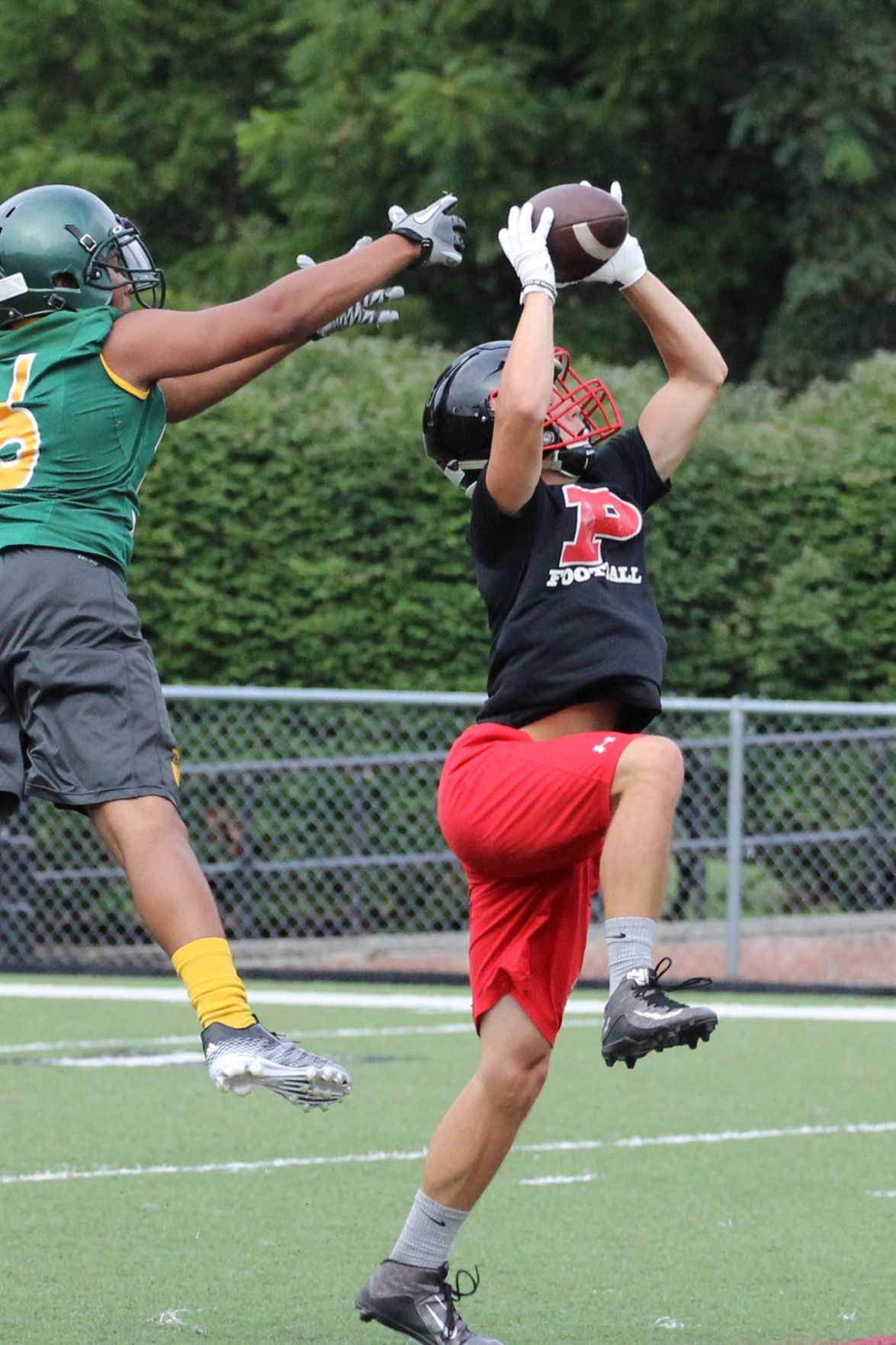 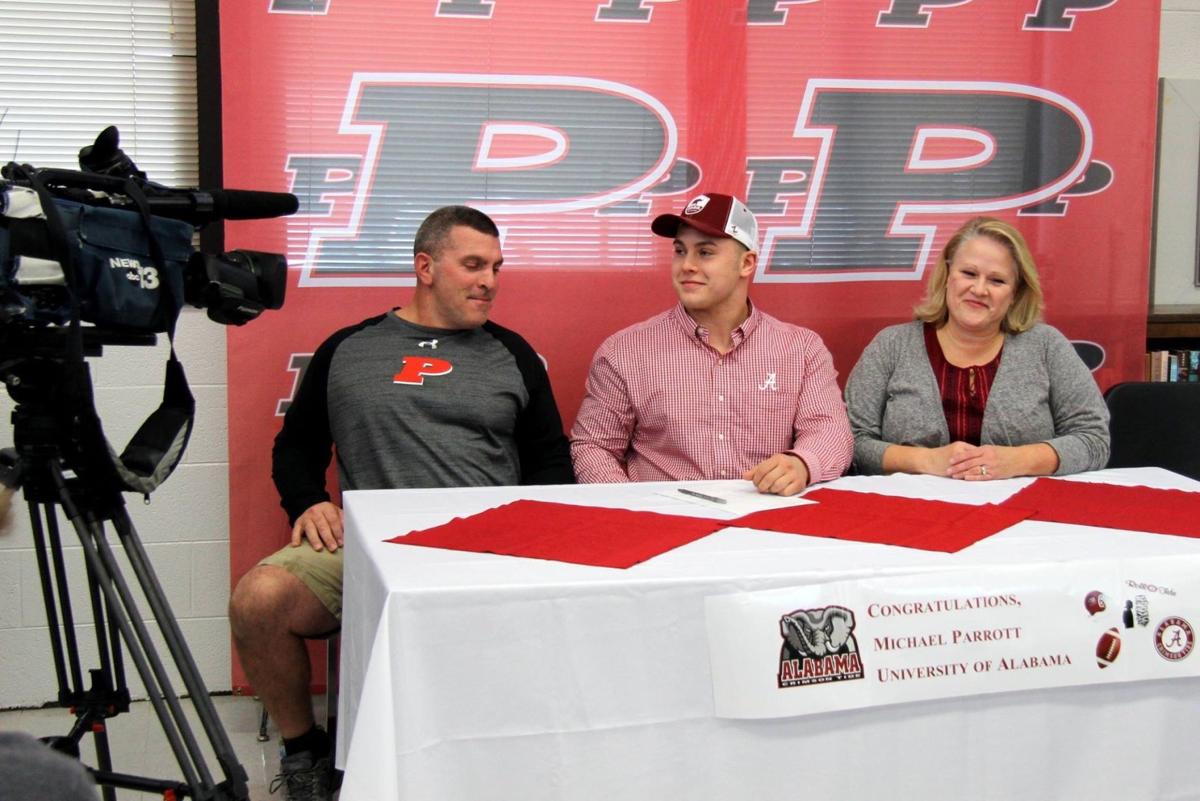 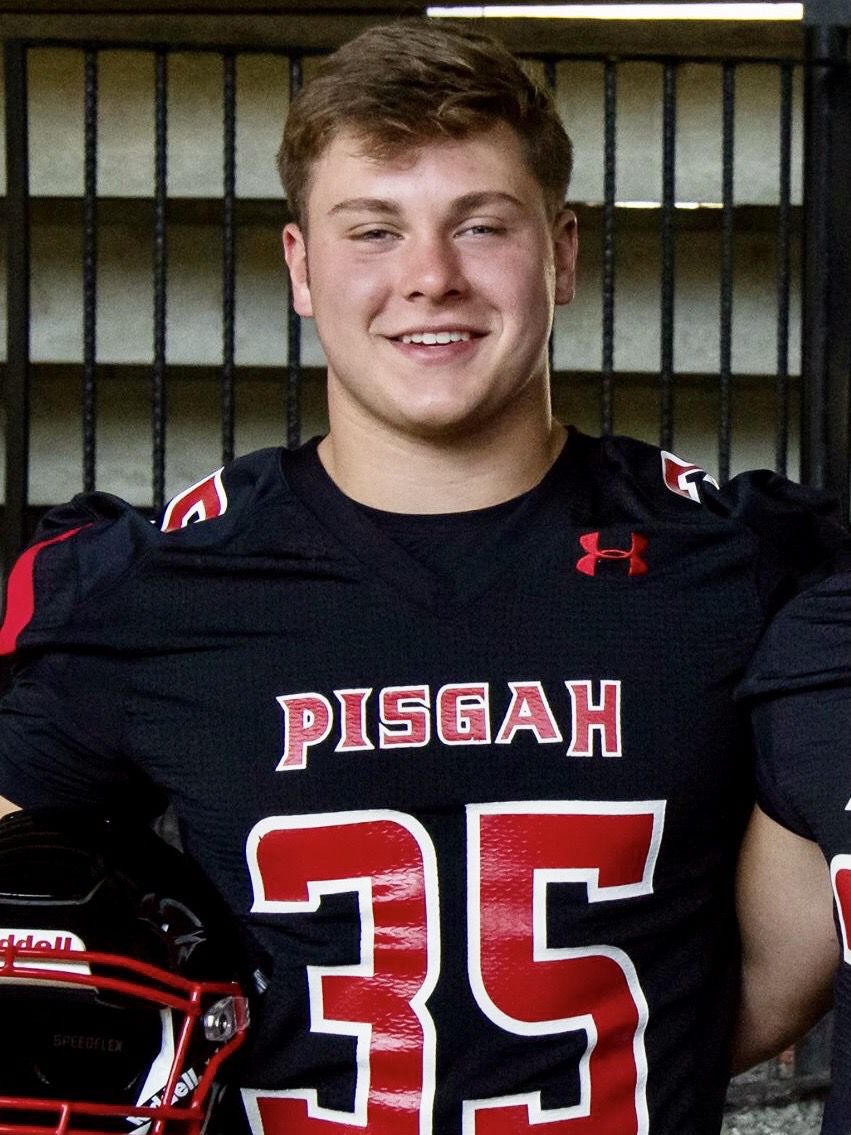 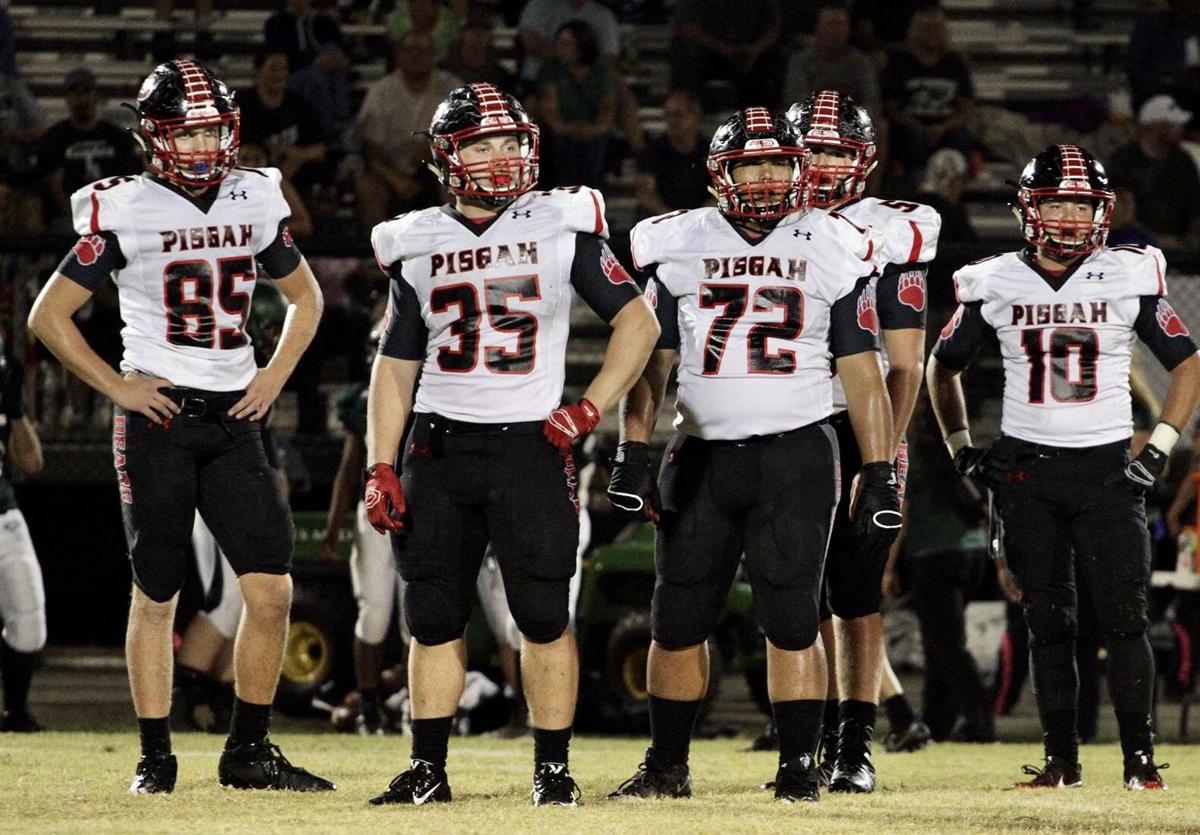 COACH — Former Pisgah football player Michael Parrott (left) with head coach Brett Chappell (right) on his signing day for Alabama. Parrott transferred to the University of Miami, where he was recently awarded a full football scholarship.

It’s one of the most heartwarming moments in sports. What seems to be a routine college football team meeting turns out to be so much more for at least one walk-on player.

The head coach has an announcement to make. He’s got a scholarship available. It’s yours. Earlier this month, that moment came for former Pisgah player Michael Parrott. After transferring from Alabama, Parrott had spent the last three years as a walk-on fullback at the University of Miami. No longer.

Earlier this month, Hurricanes head coach Manny Diaz had an announcement to make. Parrott would no longer need his academic scholarship. He’s getting a full-ride for football. Parrott’s teammates swarmed him in celebration, which, for him, was the best part.

“The best thing about it for me was probably the genuine excitement from my teammates,” Parrott said. “A majority of those guys have been on scholarship, that’s just how it always has been for them. They truly thought that I deserved the scholarship, and not that it’s just something that’s being handed to me, but that I earned it. That I was on equal level to those guys. So just the genuine excitement and happiness for me was probably the best part of it. I never didn’t feel equal, but finally solidifying my status, I feel like I’ve earned my way and I’m a legitimate part of the team.”

While Parrott always felt like part of the team, the reality is at a lot of college programs, walk-ons are often treated like “second-class citizens”. That’s just how it is. But not at Miami.

For Parrott, for Diaz and his staff to recognize his contributions is another reward in itself.

“That’s really not how it is here,” Parrott said. “There’s been multiple guys, since I’ve been part of the team with this current staff, who have been awarded scholarships who were previously walk-ons. Diaz has done a really good job of noticing that talent and rewarding it for your hard work. For him to give it to me that way as someone he deemed worthy of earning a scholarship was a great feeling. It’s always great to have somebody like that in your corner.”

No one back in Haywood County is surprised to see Parrott succeeding at the next level, least of all Bears head coach Brett Chappell. After transferring to Pisgah from Tuscola as a sophomore, Parrott had a stellar career in Mill Town.

He was a Three-Time All-Western North Carolina Athletic Conference selection and rushed for 1,244 yards and eight touchdowns his senior year.

In the Pisgah program, however; Parrott is remembered for so much more than what he did on the field. Chappell remembers Parrott for his leadership skills off the field, and how hard we worked in the classroom to give himself some options in terms of college. The Bears’ head coach described Parrott as the kind of player “you have to run out of the weight room,” and is pleased to see him recognized for his hard work at the next level.

“I think it tells a story,” Chappell said. “When you see something like that for a kid who has gone to the University of Alabama, transferred and went to Miami and has gone through a lot of coaching changes, even since he’s been at Miami. But to still have your head coach, who has been there as an assistant, now the head coach, think that much of you and see the things that you have done for their program, day after day on that grind, being able to recognize and reward that. That just tells you about the character of Michael, I’m certainly excited for him and what he did for us but for what he’s doing down there as well. I’m sure he’s a leader for them as well, especially in the weight room. It looks like those things have carried over from the time that he had with us.”

Knowing that he’s been rewarded with a scholarship will do nothing to lessen Parrott’s drive on the field, in the class room and, of course, in the weight room.

He’s played mostly on special teams in his college career, and he wants to get more playing time on offense while continuing to develop his leadership schools.

Parrott’s been playing football since he was six years old, and always dreamed of playing in college. Did he imagine he’d earn a scholarship at a program like Miami? He never imagined anything else.

Parrott is quick to credit his time in the Pisgah program to developing the skills he has today.

Being able to be a representative of his school and home, and being a role model for football players back in Haywood County, is a proud realization for the former Bear.

“The amount of support that I get from people back home is unlike most college football players. I really think that people are proud of me back home. It just feels great. I get phone calls and messages all the time. As big a tradition as football holds in Haywood County, it’s great to be able to represent Pisgah.

“There’s been a couple more people following in my footsteps like Kam Walker and guys like that. I think it’s really setting a precedent for the guys coming behind us that just because you’re from the mountains doesn’t mean you can’t go play big-time football. That’s really meaningful to me just to give encouragement to those guys. I love to see the guys younger than me to succeed and to know that nothing’s impossible if you just keep working. It’s a really great feeling.”

The Bears’ ability to use Parrott as an example of where hard work and dedication can lead players in life will ensure he continues to make an impact on the program for years to come.

“I think it gives you the tools to be able to use those situations,” Chappell said. “ You’re able to use a certain player or one thing that happened and say, ‘This was a situation that he was in, this is how he handled it. And look at where that’s gotten him.’ The one thing that separated Michael from most players is that work ethic. That was something that was instilled in him by his Dad, by his family. That was something that carried over once he got to us, and he still uses that today. I think he starts graduate classes in the fall.

“You look at a young man who had a vision of where he wanted to be, and he’s been able to see that through in continuing to grow. He’s going to be successful outside of football when those days are over with but he’s certainly set himself up for a great future. Hopefully we still get to be a part of it in some way whether he visits or comes back, lives in Haywood County, wherever that may be, I’m just excited to see that young man have the success he’s had.”