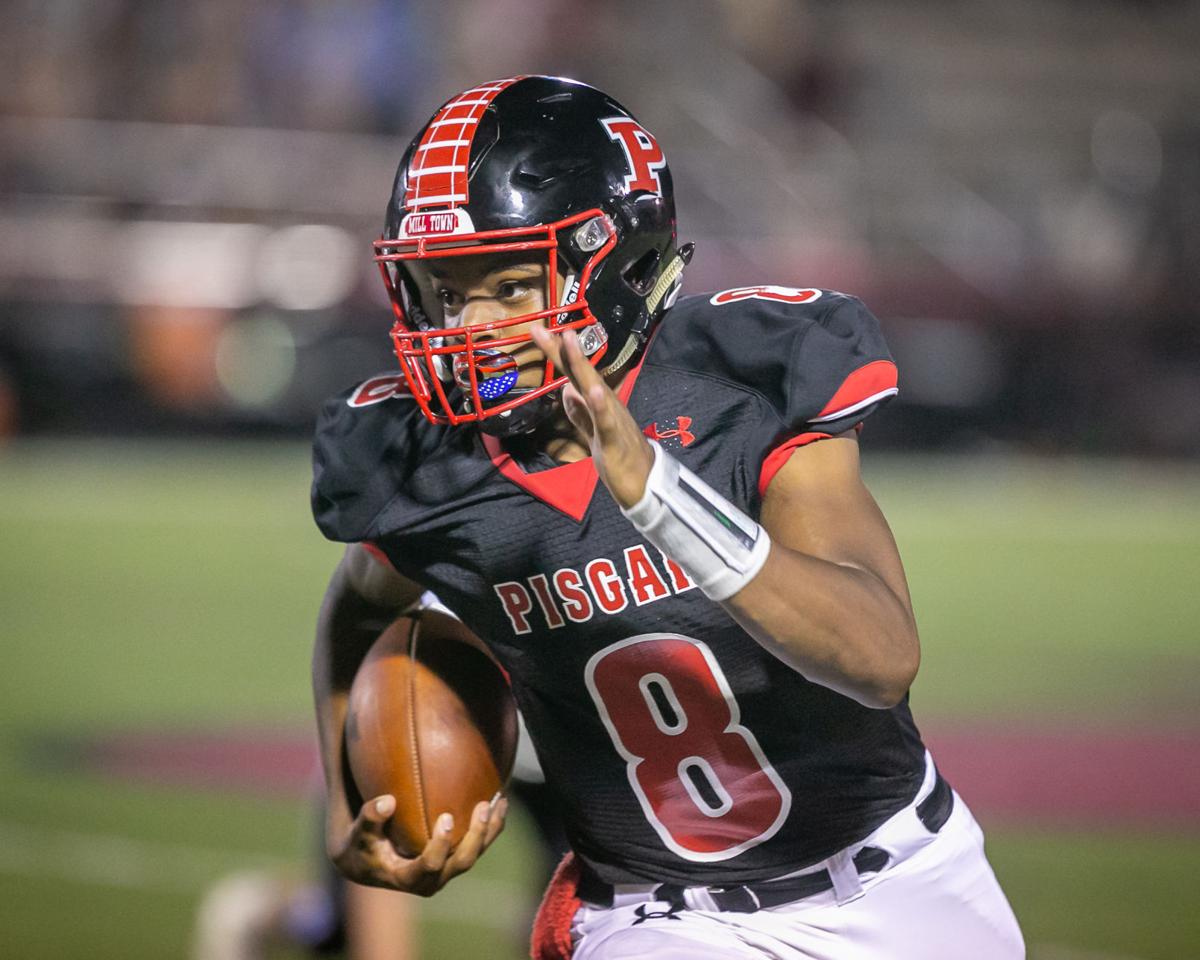 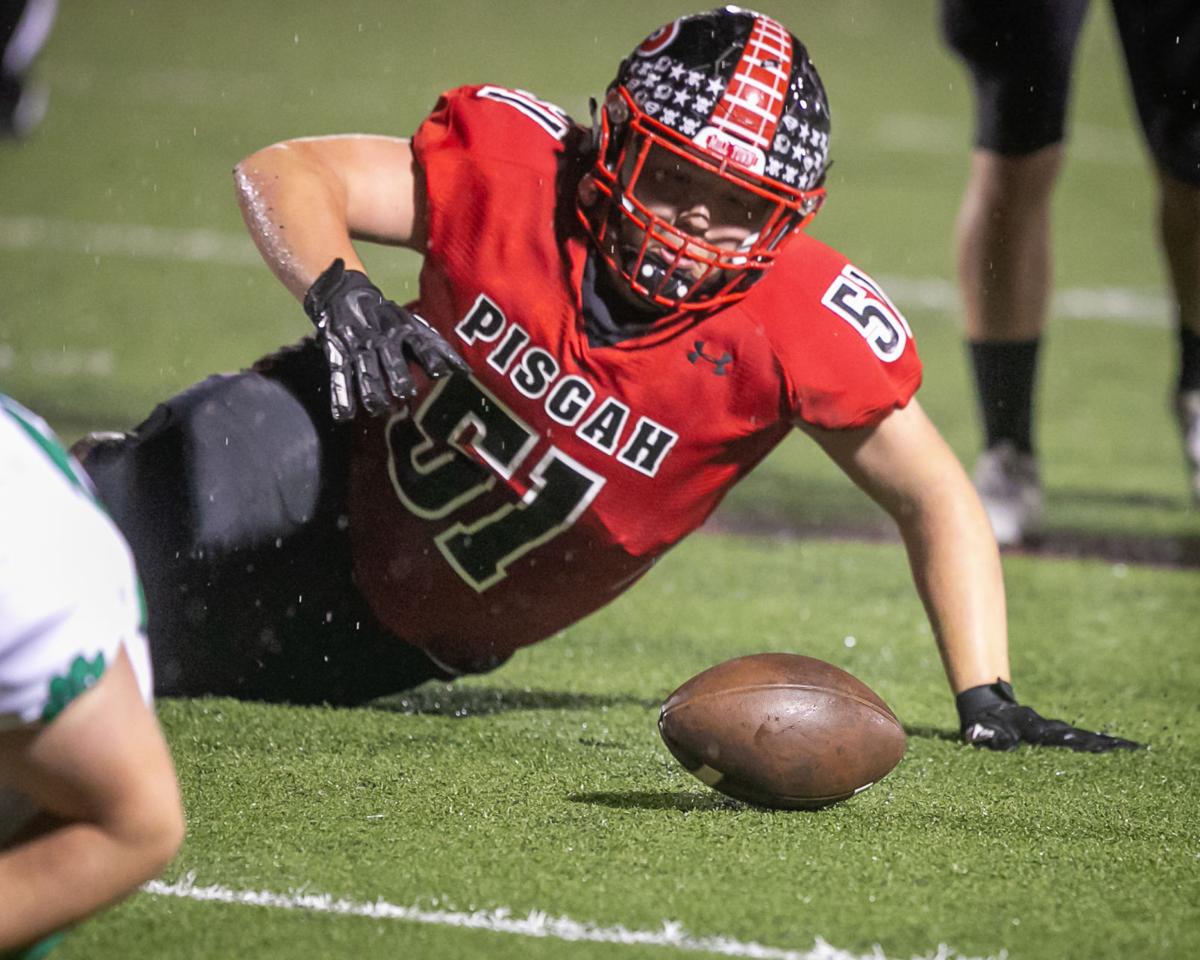 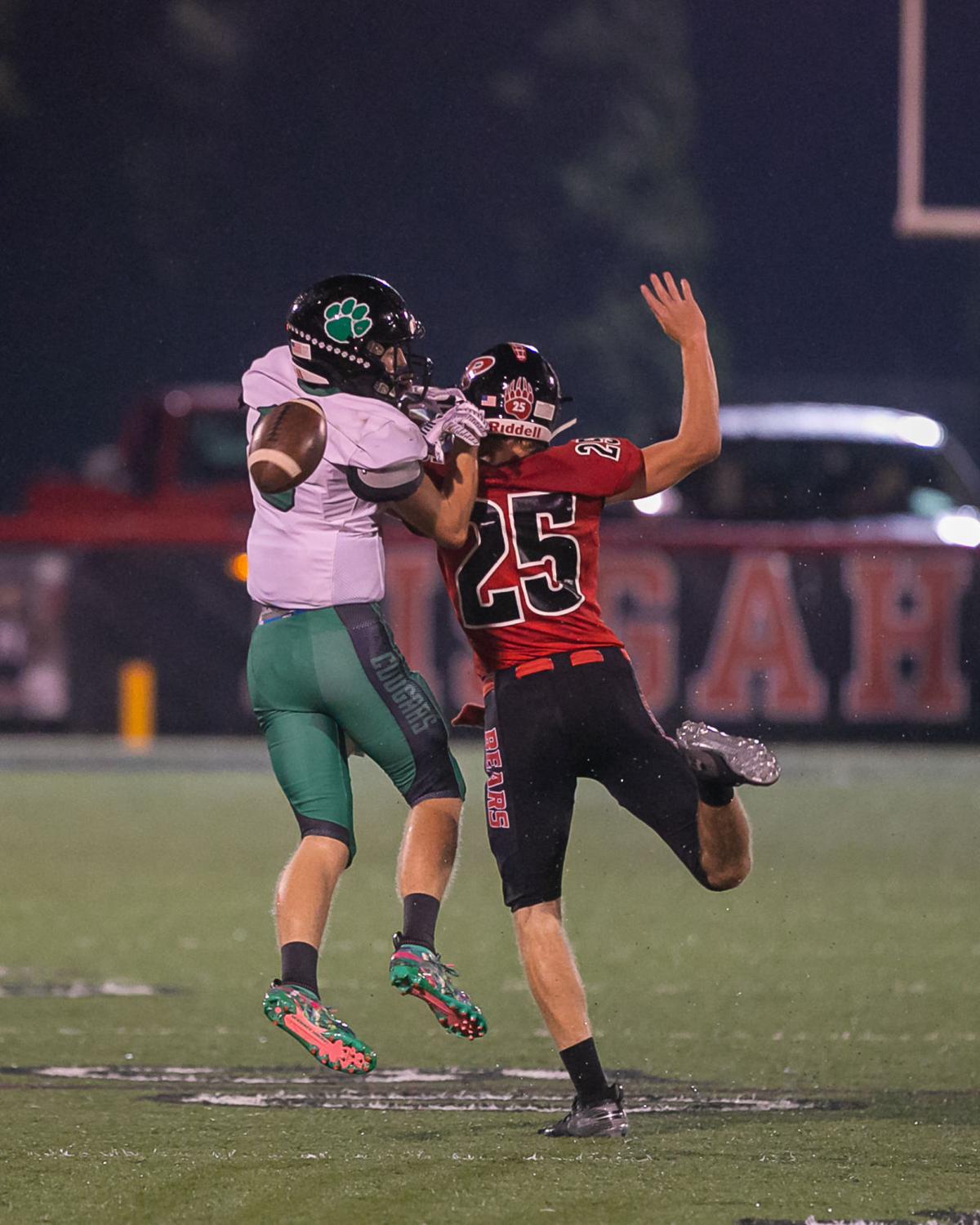 BATTLE — Pisgah football’s Lane Mease fights for the ball during a home win over Mountain Heritage. 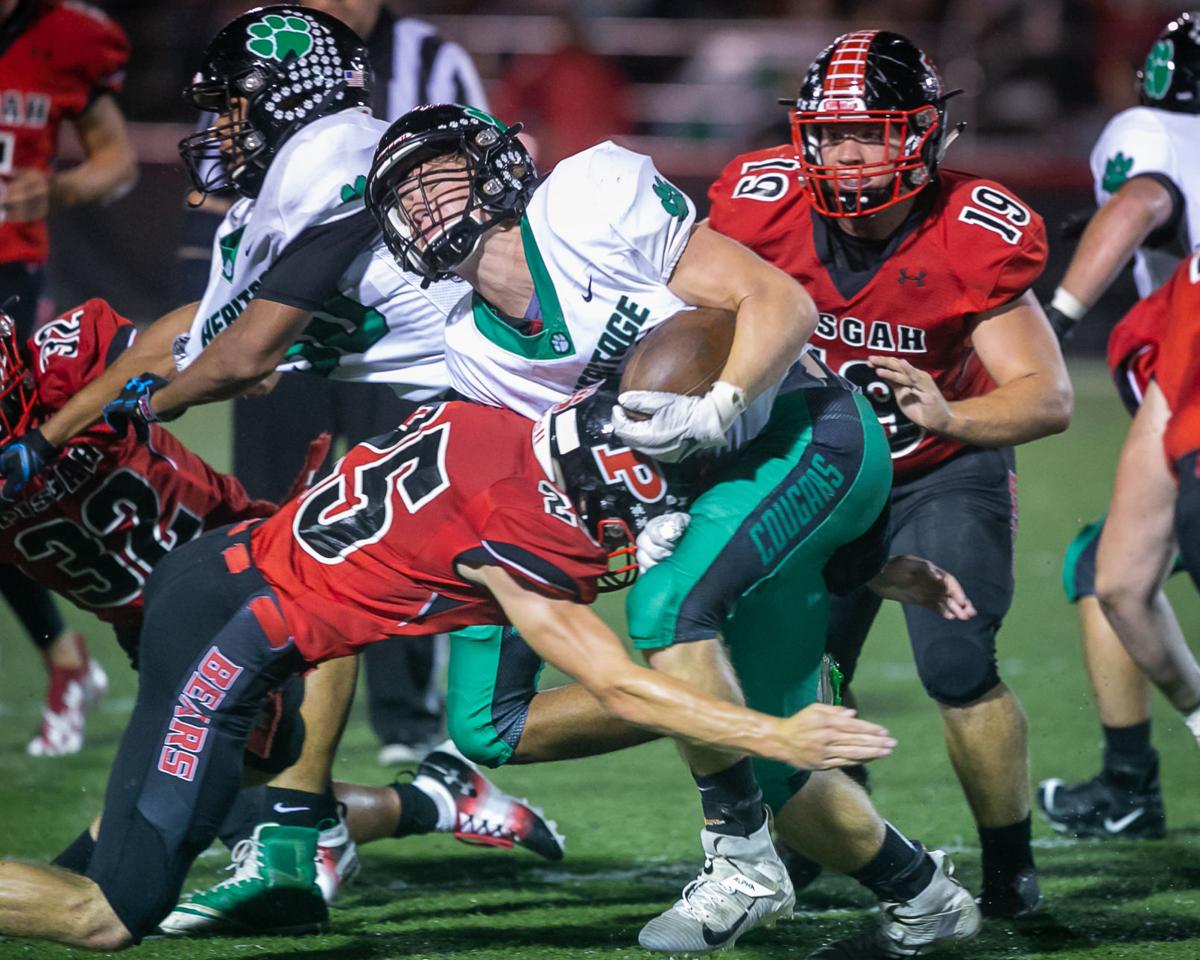 TACKLE — Pisgah football’s Lane Mease and Hunter Cseledy look to bring down the ball carrier during a home win over Mountain Heritage.

BATTLE — Pisgah football’s Lane Mease fights for the ball during a home win over Mountain Heritage.

TACKLE — Pisgah football’s Lane Mease and Hunter Cseledy look to bring down the ball carrier during a home win over Mountain Heritage.

After an extra week off, it feels more like a month since Pisgah football shut out Mountain Heritage at home.

And yet, as good as that win was, that might be just the way head coach Brett Chappell wants it as his team prepares to begin conference play today at home against Smoky Mountain. He said he is treating things now as though every Mountain Six team is 0-0 and every team is going to be gunning for last year’s conference champs — the Pisgah Bears.

“We had those expectations going in that we’d get everyone’s best shot,” he said. “Usually people are trying to beat the team that won it last year, so we feel like that’s the effort we’ll get from teams that are playing us.”

“We’re going to have to play well for five weeks,” he added.

Pisgah will come into tonight’s game off an extra week of rest, and Chappell said his team is healthy and ready to roll.

“We’re excited about getting back on the field, and we’re excited to be back home,” he said.

While Chappell said it was nice to have that extra week, the team has been back to business with game prep this whole week.

“We learned a few things we wanted to do different this go-round,” he said.

In addition to tweaking things with his own team, Chappell also focused on the things he expects the Mustangs — led by Pisgah graduate and former Bears assistant coach Ricky Brindley — to do.

After losing its first two games of the season, Smoky Mountain has won four in a row. One of the most important elements of the team’s success has been its running game, which features both downhill runs — especially by star running back Will Frady — and trickier outside runs.

“They go straight ahead and side to side,” Chappell said.

While the Mill Town defense has been solid defending runs up the middle, they have been burnt from time to time on outside runs. But Chappell said he’s working on making sure his players know where to be at the right times to not only fill gaps but also protect the edges.

“The big thing for us is to make sure we get aligned correctly,” he said. “When we play Smoky Mountain, they’re going to try to formation us and get in different sets to confuse us. We have to do a good job making sure we’re set in the right place.”

“We expect to see a lot of different sets,” he added. “They’ll move the ball around, and you’ll see some passes and reverses mixed in there.

Last year, Pisgah went to Silva and beat Smoky Mountain, and the Mustangs’ defense kept the Bears offense on lockdown early on and even scored the game’s first points when Pisgah quarterback Korey Griffith was sacked in the end zone for a safety. However, Pisgah was able to muster enough strength to come back and take home a 13-8 win.

Surely, Smoky Mountain will be hungry for revenge, especially considering how many starters are returning for the Mustangs.

“With those guys, you look at the number of seniors coming back,” Chappell said. “The expectation is that they’d have a good season. I know there were some people picking them to win the conference this year.”