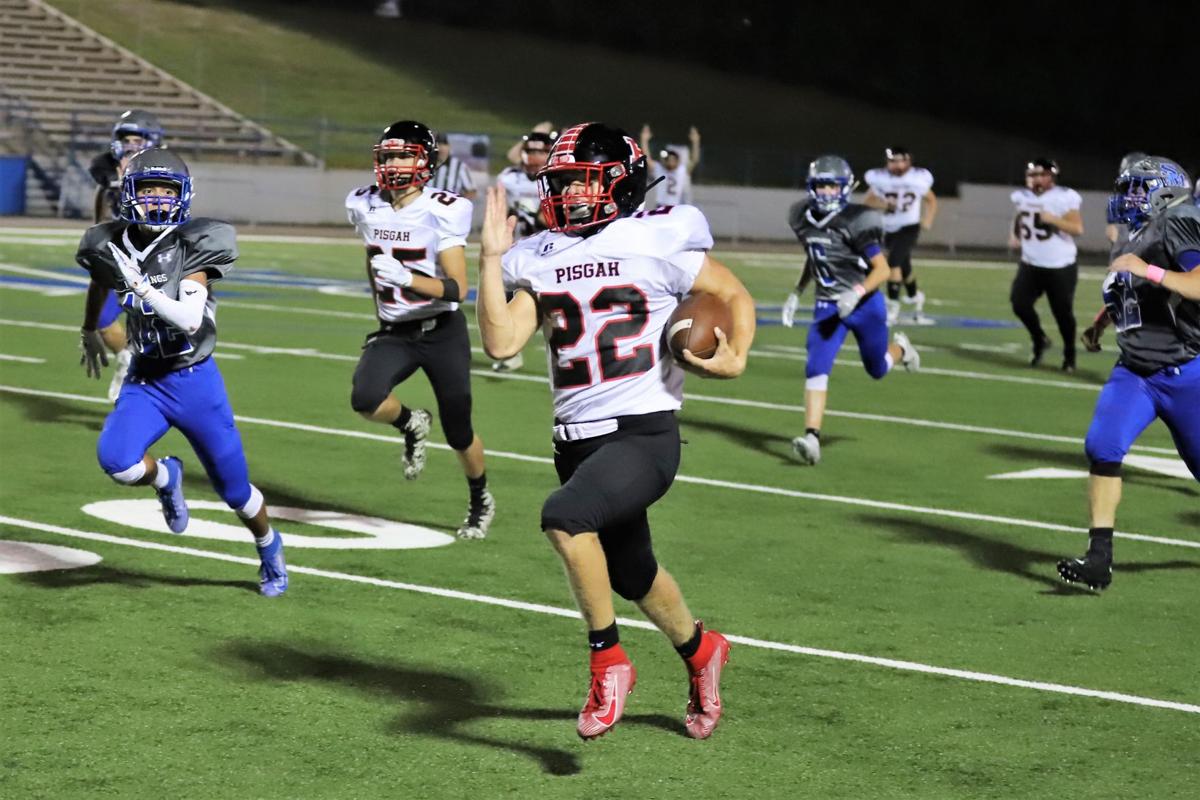 RUN — Pisgah JV’s Logan Free runs for a touchdown during a game against Smoky Mountain. 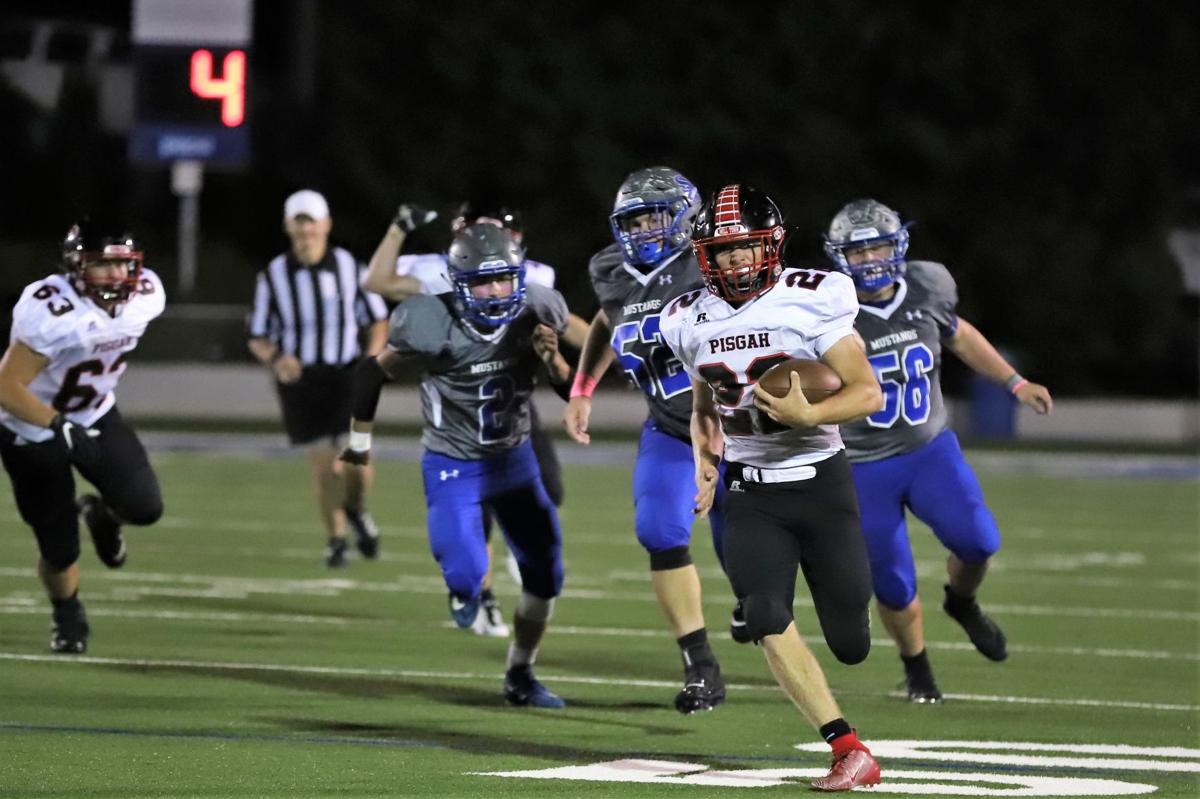 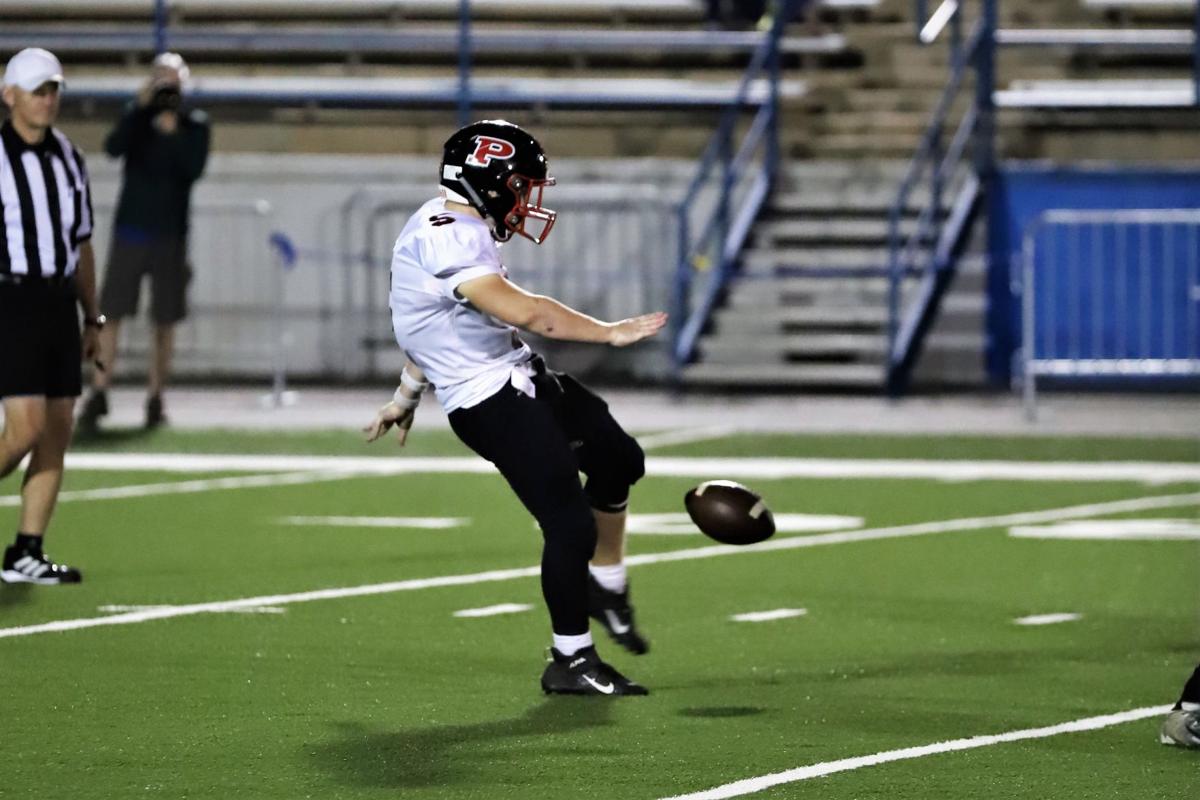 RUN — Pisgah JV’s Logan Free runs for a touchdown during a game against Smoky Mountain.

The JV Bears traveled to Sylva Thursday night for the first conference match-up of the season against Smoky Mountain.

With 8:30 left in the first quarter, Pisgah’s Brayden Shuler scored on a 37-yard pick-six. Luke Pinkston’s extra point was good and the Bears led 7-0.

Later in the first quarter, Logan Free scored the first of his three touchdowns for the night, Pinkston again added the extra point and the Bears led 14-0 at halftime.

With 9:13 left in the third quarter, Free scored again, this time with a 59-yard run to the end zone. Pinkston’s PAT was complete and the Bears led the Mustangs 21-0.

Smoky’s lone score of the night came with 5:15 left in the fourth quarter, when quarterback Brett Richmond took the ball in from the 11 yard line.

Zeke Sink added the extra point for the Mustangs and the score was 21-7. The final touchdown of the night was Free’s third, with a 54 yard dash to the end zone.

The extra point attempt was no good and the final score was 27-7. The Bears take on East Henderson next Thursday at 7pm in their second conference game.