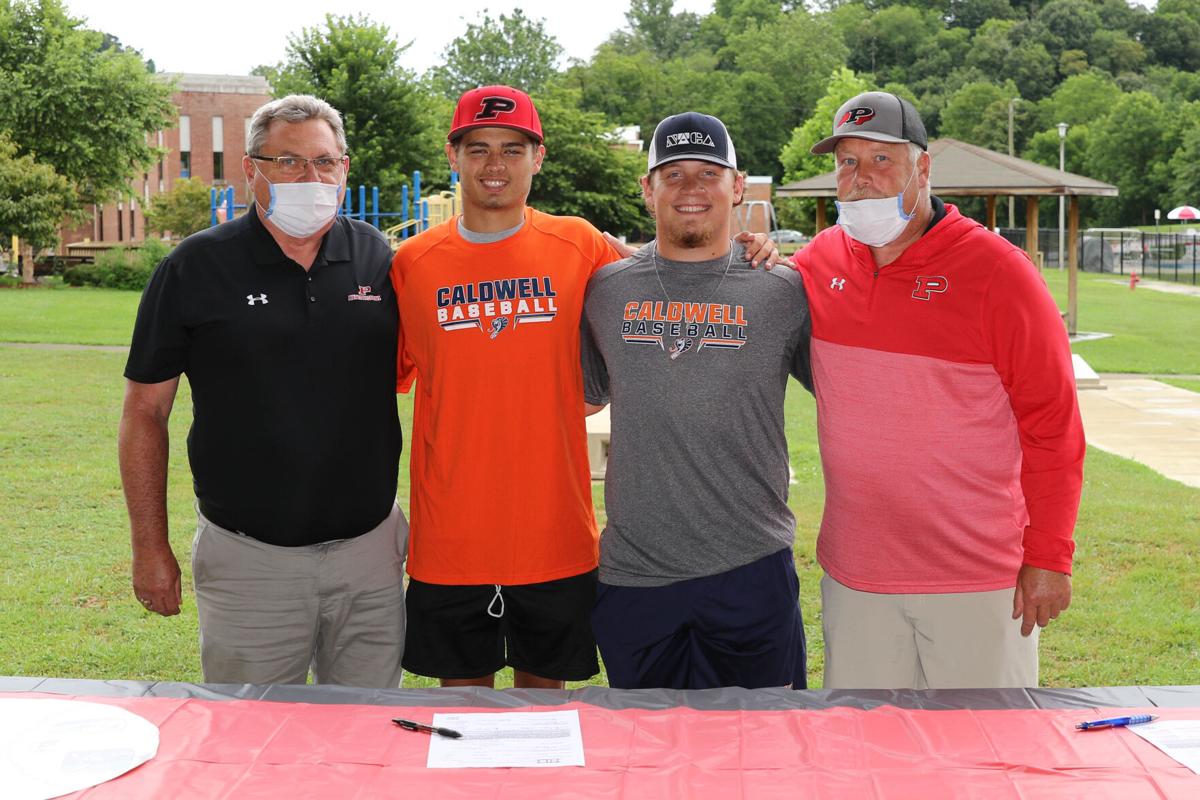 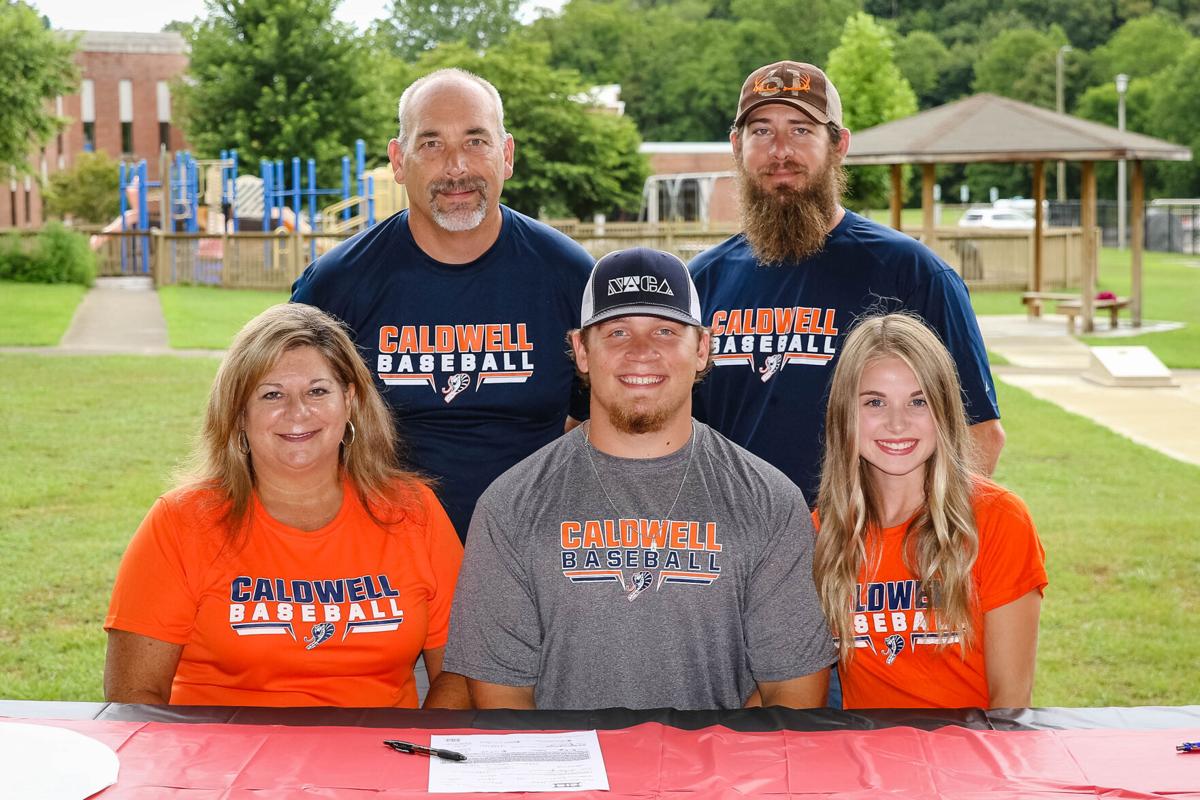 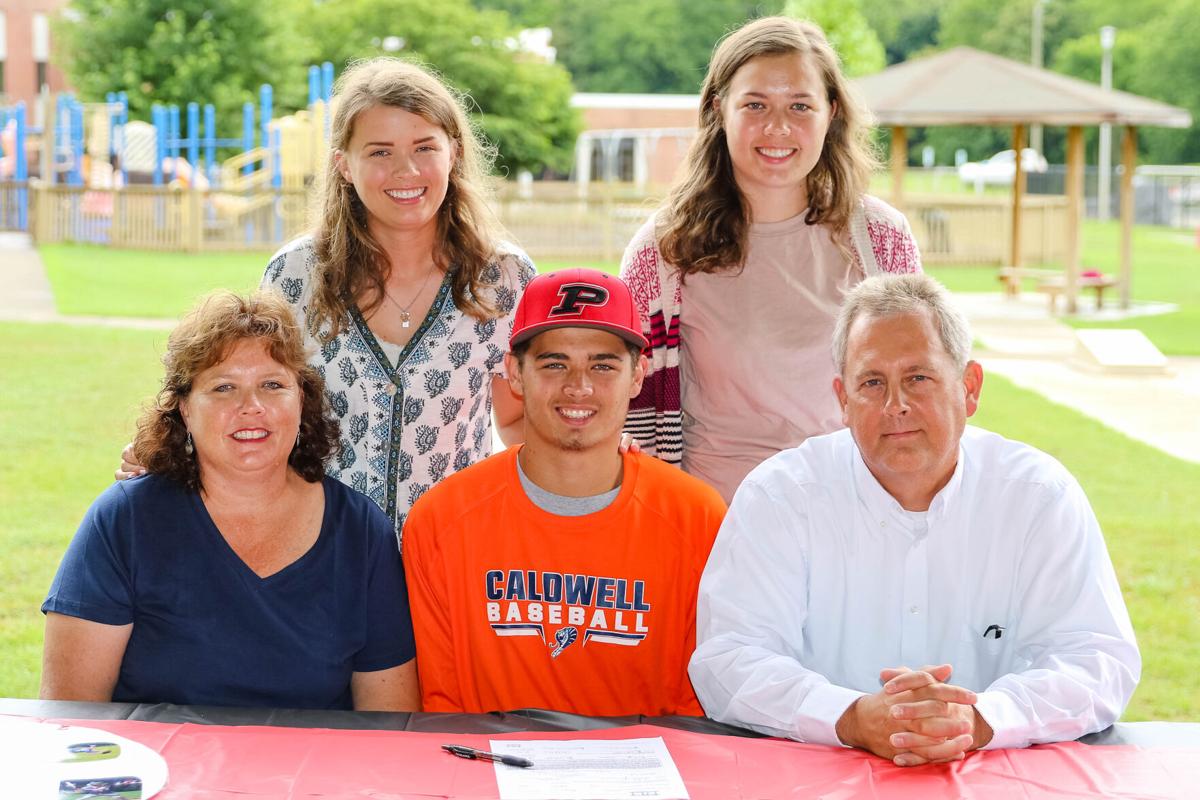 Last month, former Pisgah baseball teammates Hunter Cseledy and Keegan Hudson realized their dream of getting to play baseball at the next level, signing with Caldwell Community College.

Committing to play in college was a bright spot after losing most of their senior season to the COVID-19 pandemic. Still, something was missing. Due to the shutdown of high school sports and schools being closed, Cseledy and Hudson did not get to experience the tradition of a signing ceremony in Pisgah’s library, surrounded by family and friends.

Pisgah baseball coach Harold Shepard, athletic director Heidi Morgan and the boys’ parents searched for a way to hold some kind of celebration.

A solution presented itself in the form of Canton Recreation Park, where Shepard had seen socially distant birthday parties being held. There, a small group of Cseledy and Hudson’s friends, family, former coaches and teammates was able to gather to celebrate their accomplishments while still observing social distancing requirements.

“It’s always good to celebrate kids,” Shepard said. “We’re going to take every opportunity we can to celebrate them when they do something like this and they get an opportunity. So we didn’t want them to miss out on it, and to make it happen, we were willing to do some stuff to make it happen. It’s nice to see them. You don’t realize how much you miss them until you get them back in a situation like that.”

While there were some key differences, namely, not being at Pisgah and not having as many of the former Bears’ friends there with them, the different format offered pluses such as more family members being able to attend.

And, Shepard said, it felt good to do something “normal” for a change under these circumstances.

“It was nice to be able to do something to recognize the time and effort those kids have put in,” Shepard said. “We hear it all the time, the old normal is not the new normal. This felt like normal. It felt like the old normal. It was nice to be able to sit down and see people. Even if we were having to stay apart, we were seeing people and talking to people. Everybody was excited and looking toward them going to play, and it felt like a normal signing day without being at school.”