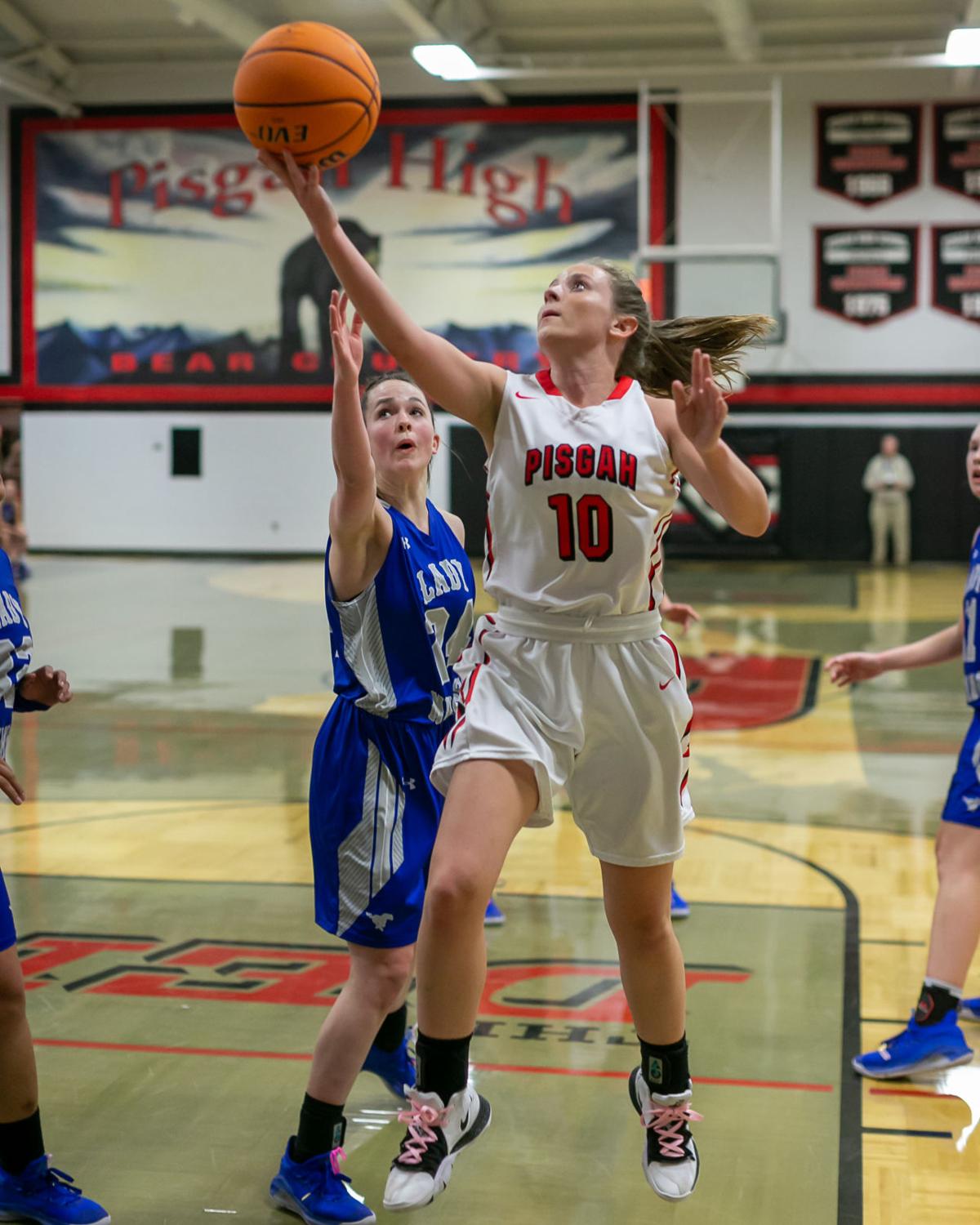 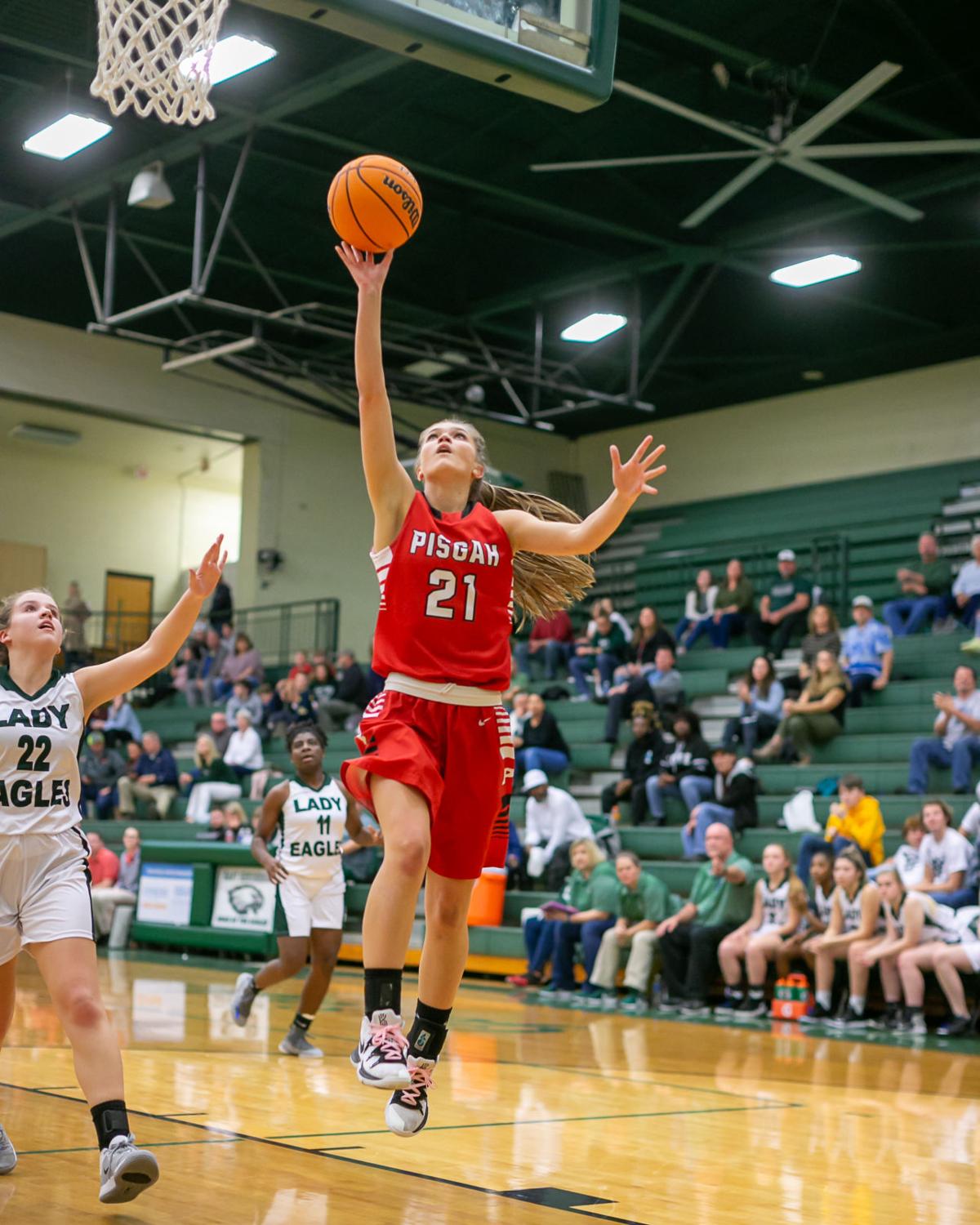 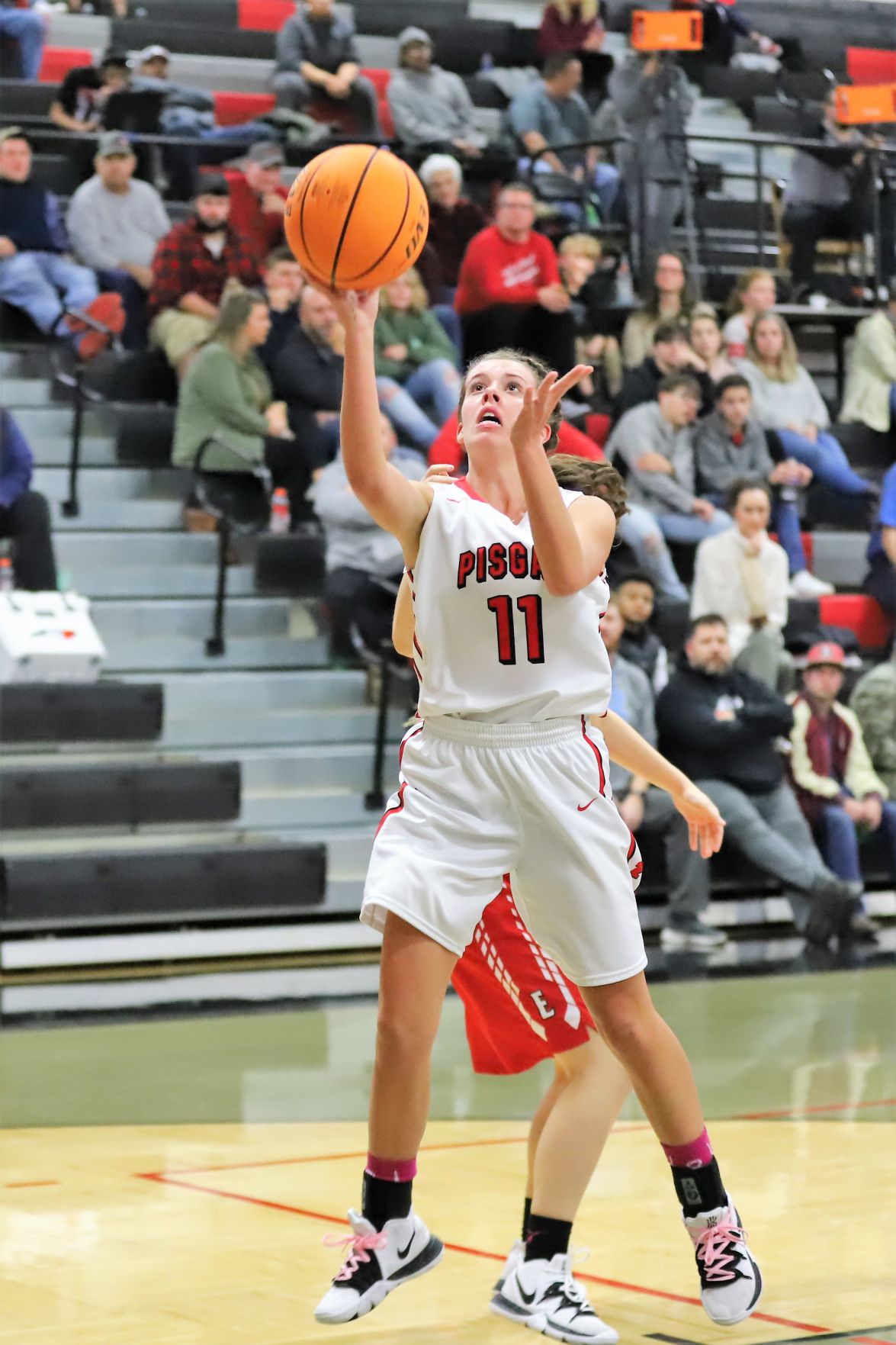 After a 9-6 start to the season, the Pisgah girls basketball team is moving in the right direction.

With a good mix of senior leadership and young players, the Bears have been able to steadily improve towards reaching their goals as the season goes along.

“It’s been a steady climb,” said head coach Brandon Holloway. “I feel that this team has accomplished a lot of progress and a lot of big-game wins and success, not just in terms of victories but in terms of their growth. I feel like each player has developed and become more productive. What I’ve really liked is watching our older group bring along this younger group and watching the development they’ve had and the confidence they’re starting to begin to play with. So we look forward to conference time now and I feel like we’re starting to play with some confidence and at a higher level than what we started with. We’re constantly seeing growth, and that’s why I feel like we’re climbing and I feel like our best games and days are still ahead of us.”

While Holloway doesn’t like to set benchmarks for where he wants his teams to be record wise, he’s been pleased with the way this group has played, particularly in responding to tough losses.

“I have a hard time predicting, and saying where we want to finish, because you never know about other teams,” Holloway said. “With our approach to the game and their steadfast growth, I feel like we’re right on course of where we should be. We had a disappointing loss last Tuesday opening up conference and we didn’t want that to happen. That’s now how you want to start conference, but they responded tremendously by coming back and playing so well against East Henderson. They played well against both teams, we just couldn’t make shots. We’re playing with a lot of energy, we’re playing as a team on defense, our tempo’s really good. We’ve just got to continue to build off of it and pray some shots fall.”

One of the biggest pluses for this team has been the play and leadership of seniors MaeAnna Norris, Carter Gibson, Cayli Parham, Chloe Parris and Haley Gibson.

“We have four seniors that start,” Holloway said. “With MaeAnna being our point guard and being a four-year starter, I pulled her up her freshman year and she’s been starting at point guard the last three and a half years now. Carter has been a four-year starter, so having that experience out there has been crucial for these young ones and them playing with confidence. They’re playing like seniors. Then you have Cayli Parham who we call our swiss-army knife, she’s the unsung hero who does a little bit of everything. She’s probably our best passer, one of our best defenders. She always has the challenge of trying to play with their top players every night. She does a little bit of everything for us.

“Chloe has stepped up tremendously this year and done an awesome job of getting the starting job. She’s very versatile, we play her as a post and a wing a lot. She’s accepted the challenge, doesn’t argue about it and I’ve been so pleased with her effort this year and her growth. We also have one more senior with Haley Gibson, who’s our player who is committed to this program, shows development everyday, comes to work everyday and her attitude brings huge leadership to this team.”

In any new season, even for a coach who’s been at it as long as Holloway, there are things you can only learn about a new group by watching them play for a few months.

For this team, some of the biggest takeaways have come from their effort, and their response to what the coaching staff asks of them.

“They’re very coachable, and they have a hunger to want to get better,” Holloway said. “As a coach, it makes it enjoyable every day to come to practice knowing that kids are resilient, and we’ve had some tough losses but we’ve had a lot of good victories as well. But even after the losses, I can count on them being here ready to go to work. That has been encouraging and motivating for me as a coach. God has blessed me with a group of girls who listen, who try, who give great effort everyday. That’s all we ask is give great effort, be coachable and play with energy. They do that each day and we look forward to this last month and a half.”

As the Bears head into the meat of their conference slate with a chance to make some noise, Holloway just wants to see his players keep taking it one game at a time, and giving that trademark effort game in and game out.

“We’ve just got to keep building,” Holloway said. “ We’ve got to keep playing with confidence. We’ve got to focus on us and not get caught up in looking down the road. We try to approach each practice one day at a time, one game at a time. We are preparing for a road trip tomorrow. We come back home Friday and we just want to be 2-0. That’s our goal is to take each one of these and play like it’s our last game of the season.”

This article was written and published before Tuesday night’s game against Hendersonville.

Discipline, respect and 400-meter repeats: Why a former pupil says Lubick and Frost are 'a perfect fit'