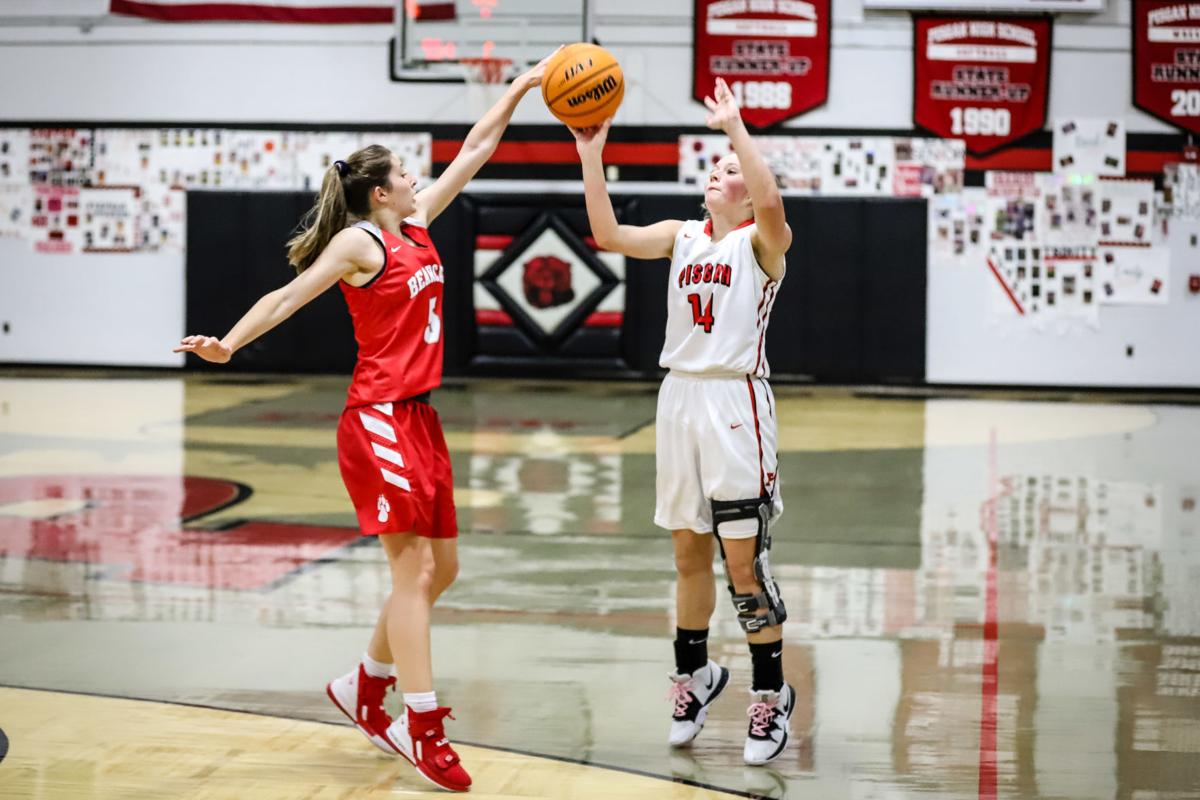 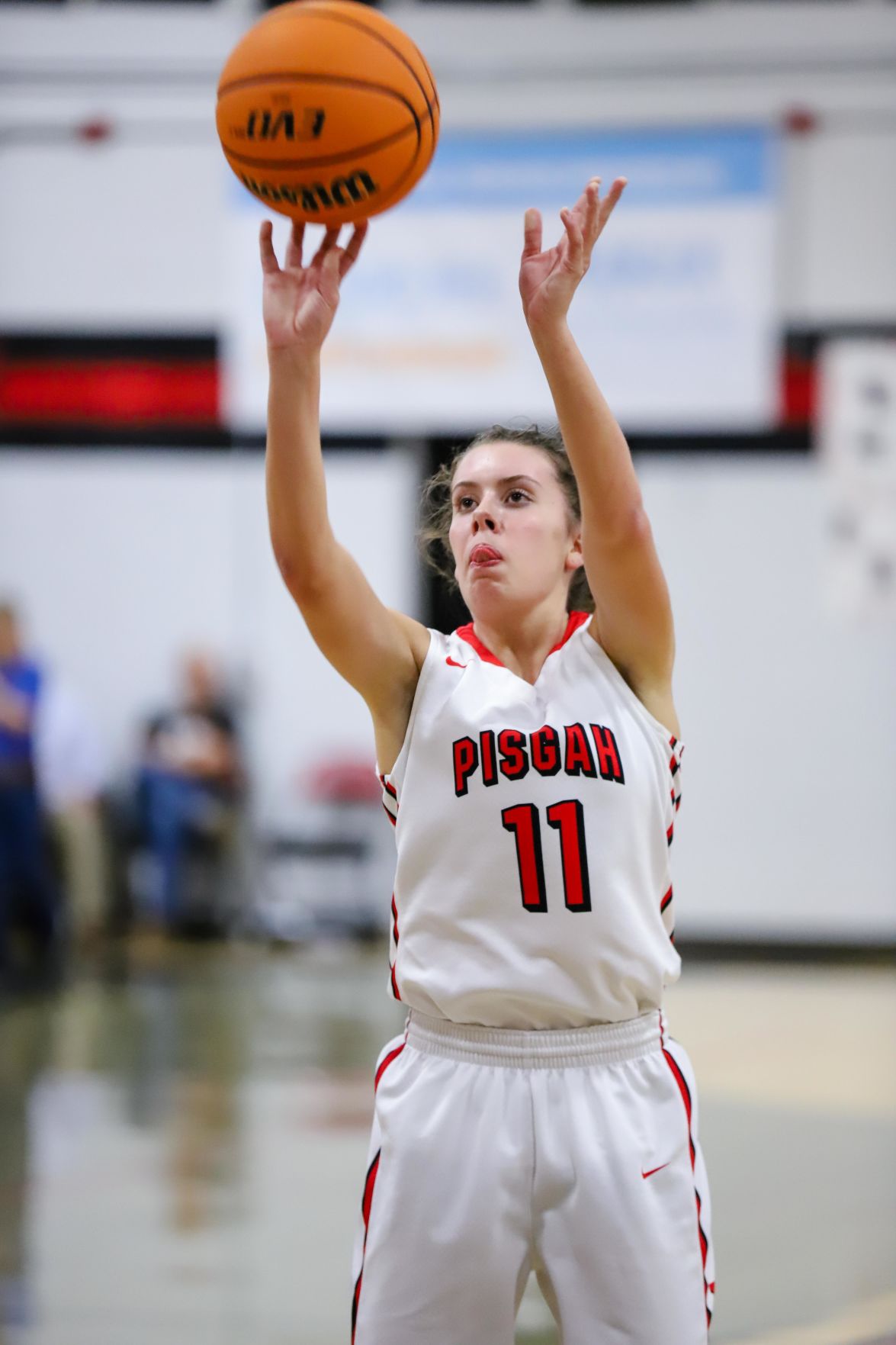 On senior night in Canton, Pisgah girls basketball put together one of its best performances of the season. The Bears locked in, focused and dominated Hendersonville in a 66-41 win.

Pisgah honored seniors Carter Gibson, Haley Gibson, MaeAnna Norris, Chloe Parris and Cayli Parham for their contributions to the program before the game. Norris led the way with 16 points, followed by Parham with 11. No one could have faulted the Bears for looking ahead to the emotional ceremony after their game, but they took care of business in their fourth straight win.

“One of the toughest things is when there’s some type of other stuff going on besides the game,” said head coach Brandon Holloway. “Sometimes we want to try so hard that we don’t achieve what our goals are. Tonight, I thought they played very free, played extremely hard and played for each other. That was where their focus was. It wasn’t on any one of them. It was, ‘Hey, we’re going to go do this as a group.’ Our young ones played their tails for them. It’s a collective effort. All 11 girls gave it their all and had no resentment or remorse from how they played. They were resilient and kept on fighting, pushing and staying within the game plan. Good things happen.”

The Bears roared out of the gate on senior night, taking a 10-2 lead three minutes in on back-to-back 3s by Norris. Pisgah took a 16-8 lead through the first eight minutes, taking control through domination on the boards and finding open shots.

Pisgah showed no signs of slowing down to open the second quarter, starting it with five straight points, as a three-point play by Norris put the Bears up by 13. The Bears used a 14-7 run through the first six minutes of the quarter to push their lead to 15.

The Bears took a 30-17 lead into the half as they looked for a victory in their penultimate home game.

The Bearcats used a quick 8-0 to cut the Bears’ lead to seven in the third quarter, but Pisgah punched back with a 14-1 run of its own to grab a commanding, 20-point lead at 46-26. The Bears carried that lead into the final frame, looking to close out a fourth straight win.

“I told them, if you’ll just continue with the tempo,” Holloway said. “I feel like we’re much better conditioned at this point in the year than we normally are. We always thrive in January and February of getting where we want to be. This group here, I feel like they’re playing extremely confident right now. We take it one game at a time. They went out and conditioning wasn’t a factor at this point. We can go and play at a high level of intensity. Our bench, I thought, did an outstanding job of coming in tonight and keeping that momentum going. There was no let down. My hat’s off to all of our girls. Each one went in and contributed.”

With about two minutes left, Haley Gibson hit a jumper to put the Bears up 21 and ignite the crowd. The final quarter was mostly uneventful, with the Bears salting away another win.

Check the weekend Mountaineer for more quotes and pictures from Pisgah’s senior night.