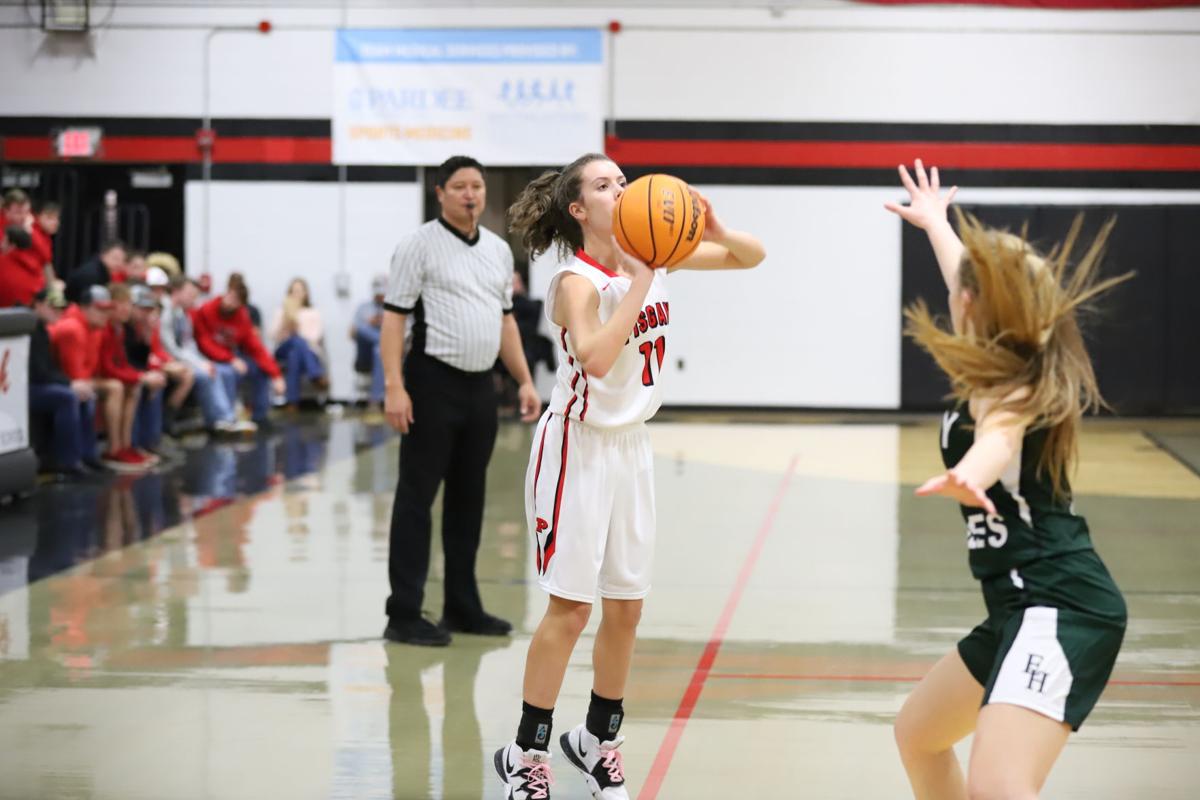 Mikell Clark-Webb MAE FOR 3 — MaeAnna Norris got things going early for the Bears with a pair of 3s, including the one seen here. 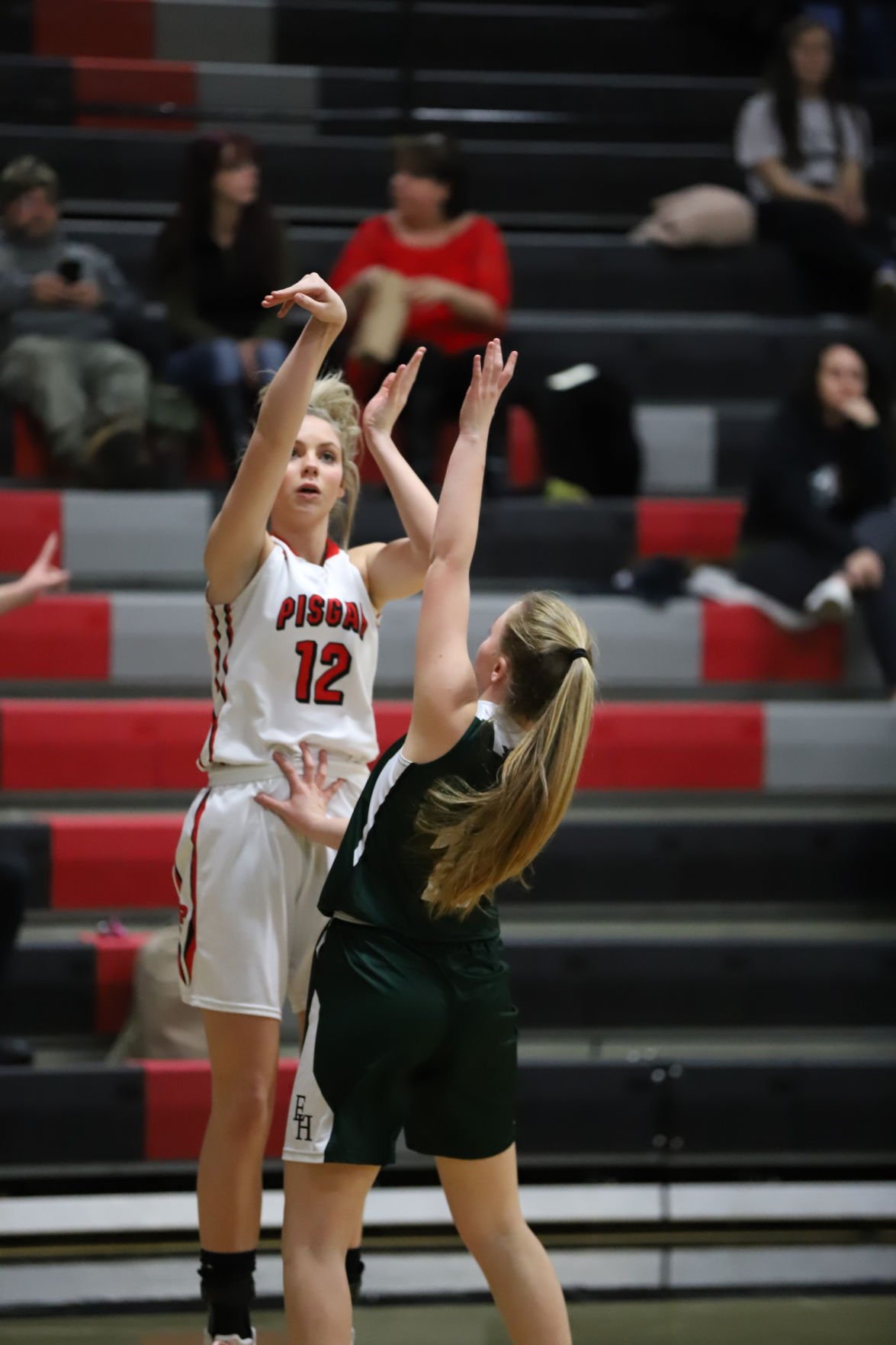 SPOTTING UP — Ashtyn Frady pulls up for a deep shot. 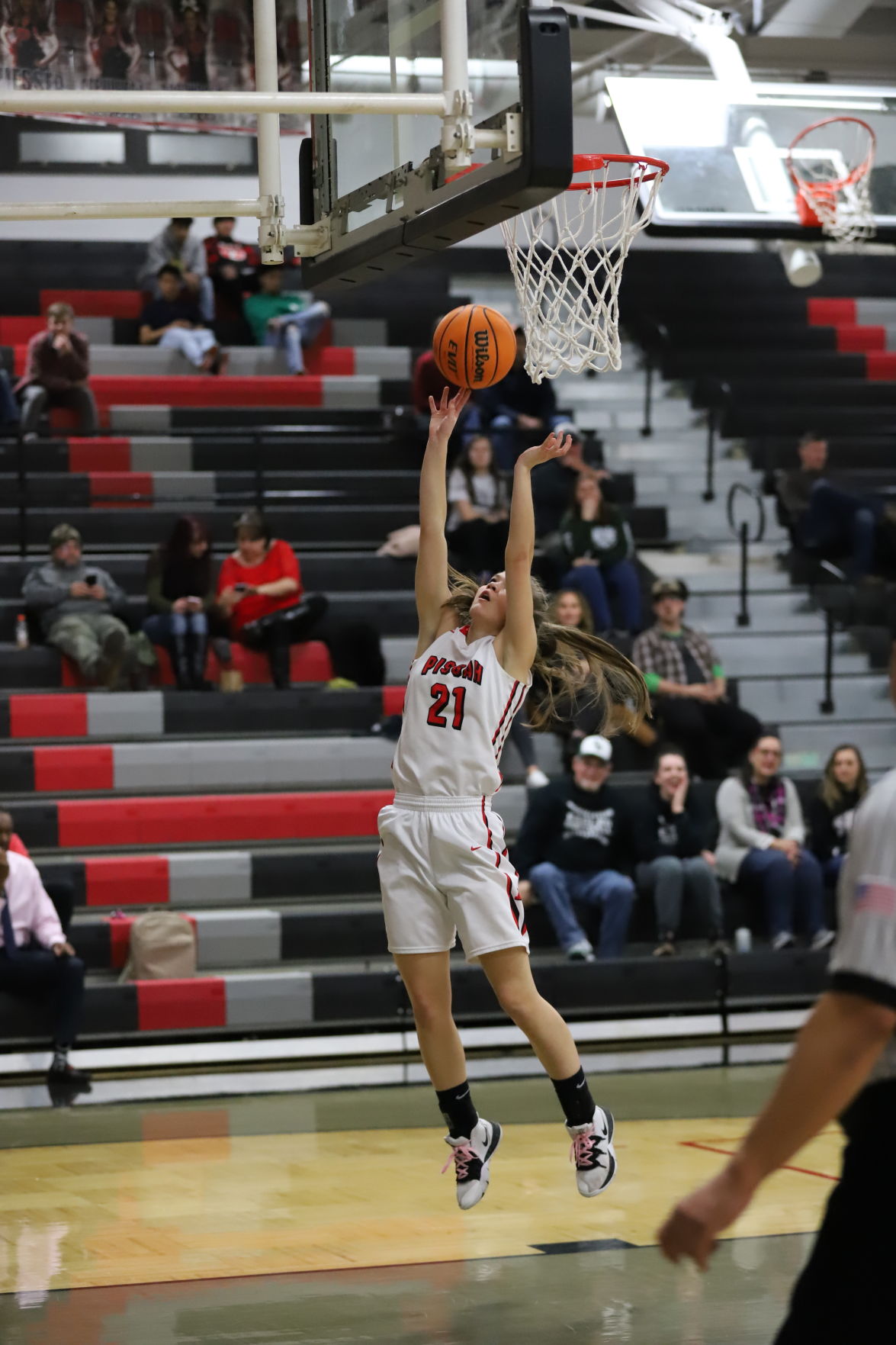 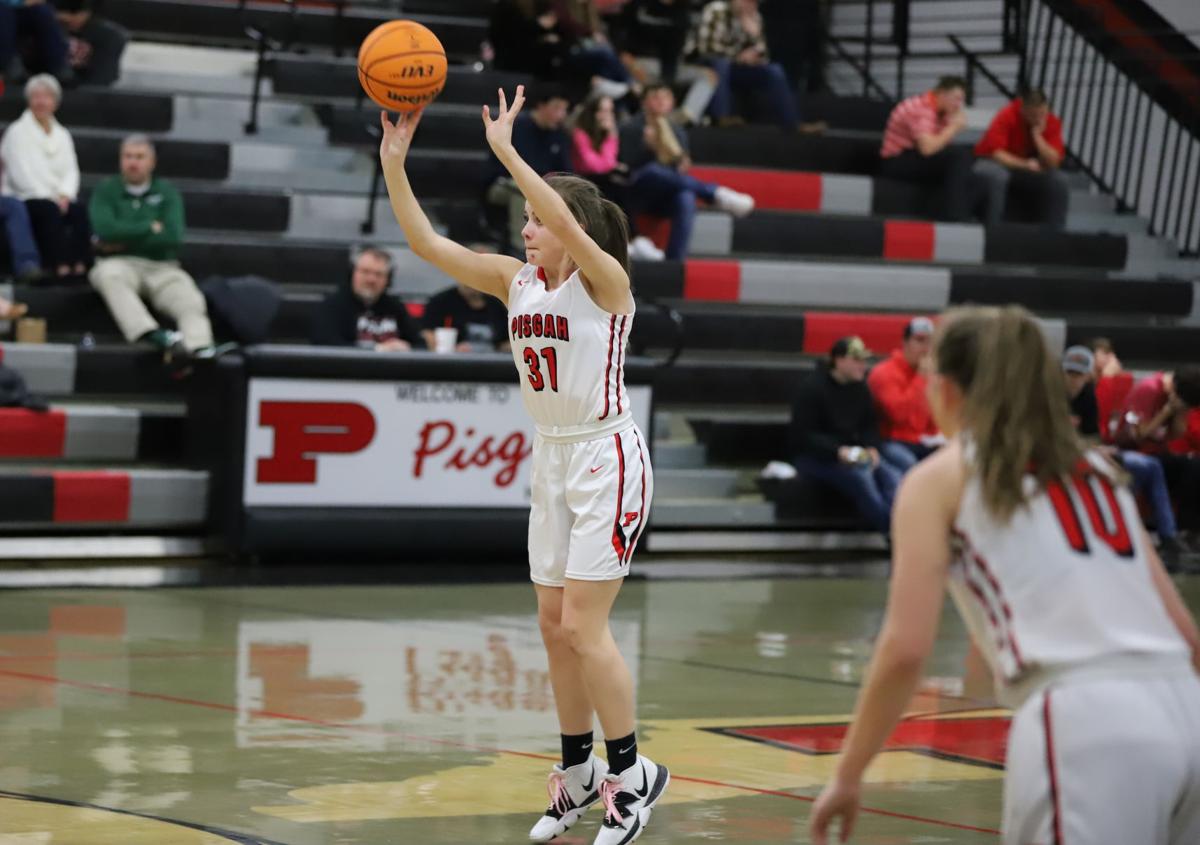 Mikell Clark-Webb DEEP LOOK — Emma Deaver spots up from the top of the key for a trey.

Mikell Clark-Webb MAE FOR 3 — MaeAnna Norris got things going early for the Bears with a pair of 3s, including the one seen here.

SPOTTING UP — Ashtyn Frady pulls up for a deep shot.

Mikell Clark-Webb DEEP LOOK — Emma Deaver spots up from the top of the key for a trey.

CANTON — Pisgah girls basketball is on to the next round of the conference playoffs after dominating the East Henderson Eagles.

Although the Bears barely missed a first-round bye, they didn’t seem too bothered by that fact, as they looked comfortable — and at times unstoppable — throughout the game en route to a 57-29 victory at home.

Leading the way for the Bears was Carter Gibson with 15 points and MaeAnna Norris with 14. In addition, Cayli Parham and Emma Deaver each had six, Alexis Gibson had five, Ashtyn Frady had four Chloe Parris had three and Morgan Putnam and Julianne Robertson had two each. Robertson was also named the player of the game.

Head coach Brandon Holloway commented on Gibson and Norris' performances, and how the two feed off of each other.

"Throughout the season, it was like one will have a good game when the other one might be down and vice-versa," he said. "I thought tonight they were both consistent."

"MaeAnna does a great job of pushing the ball up to Carter, and Carter does and awesome job of getting down the court," he added. "Carter knows that if she works and sprints that MaeAnna will reward her."

The first points of the game came quick on Pisgah’s first possession, when Norris spotted up from the right wing about three feet behind the 3-point line and hit nothing but net to put the Bears up 3-0 less than a minute in.

After that, things went cold for both teams for a couple of minutes until Norris again pulled up from 3, this time from the top of the key, to widen the lead to six.

From there, the Bears continued to pour it on, as they began the game with a 15-1 run over the first six minutes.

The second quarter didn’t go much different. The Bears slowed the pace down and took their time on most every possession but still managed to find the bottom of the basket plenty of times while stifling the Lady Eagles’ offense. Of course, from the defense, the Pisgah offense was able get its fair share of fast-break buckets, as well.

While Norris was able to score plenty from different spots on the floors, she also racked up plenty of assists in the first half, both on the fast break and out of the half-court offense. With Norris facilitating the efficient Bears’ offense, the team went into halftime leading 32-4.

Although the Eagles were able to put the ball in the basket with some consistency early on in the second half, it wasn’t enough, as Pisgah hit its free throws and continued to control the pace through the third quarter.

The fourth quarter proved to be the perfect opportunity to get some players who don’t typically see a ton of playing time some minutes, minutes which were well-used, as they played tight defense and got plenty of good looks at the basket, all the way down to the last seconds.

Although Pisgah was in the running for a first-round bye, Holloway said his team was excited to have the chance to play.

"We didn’t let the fact it was Valentine’s Day or we didn’t get the bye or any of that stuff get us down," he said. "It’s tournament time. It was probably as good of a start as we’ve had, and I was really proud of the way we came out."

Holloway said his team is going to take this conference tournament game by game.

The Bears will face Brevard Tuesday at East Henderson High School at 7 p.m. in the next round.