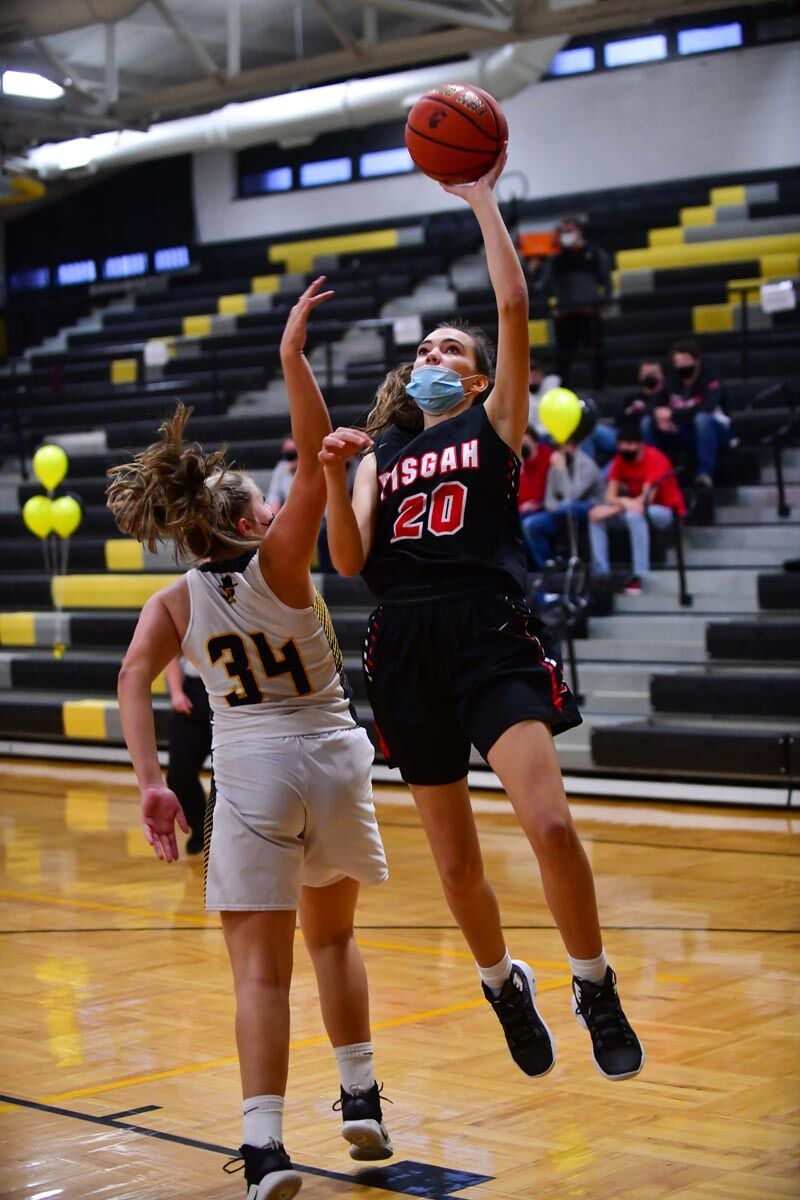 TO THE RACK — Freshman forward Alyssa Smith rises above Tuscola defender Delaney Buchanan to get the shot off. 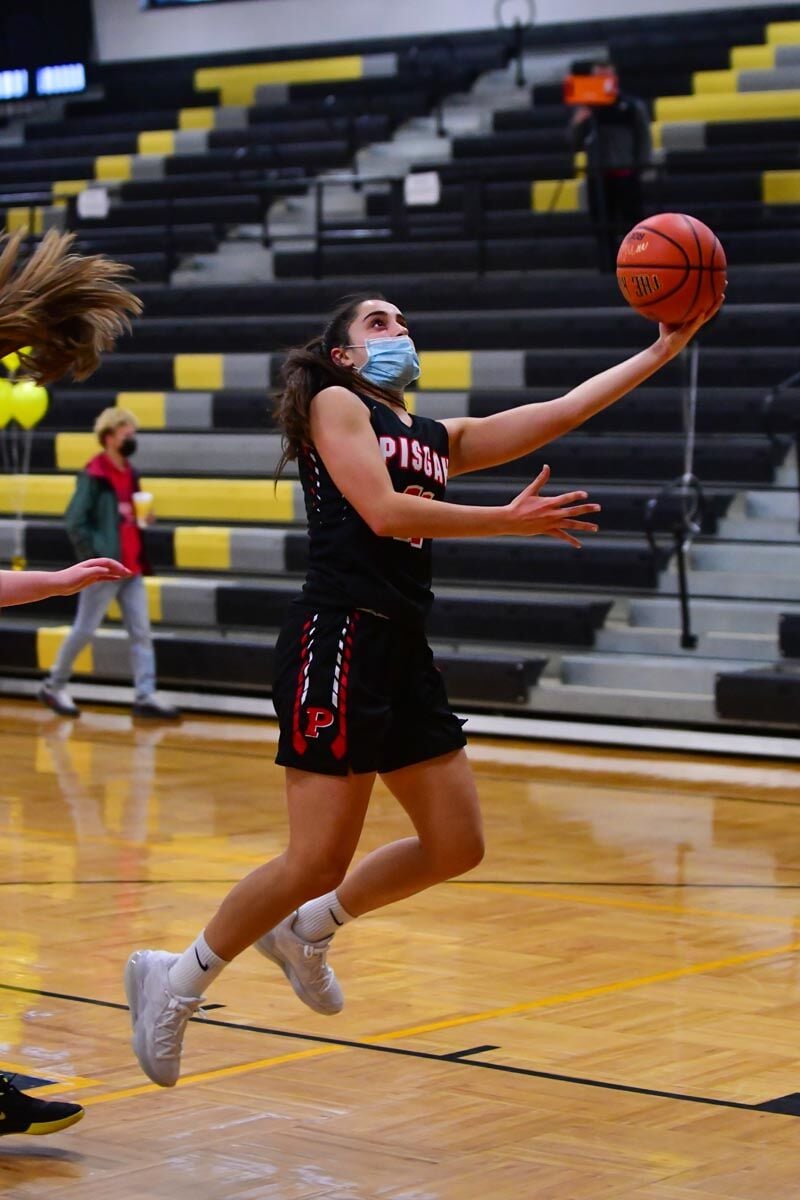 TO THE RACK — Freshman forward Alyssa Smith rises above Tuscola defender Delaney Buchanan to get the shot off.

After losing several key players to graduation, Pisgah girls basketball is going to look quite a bit different.

At a Dec. 28 scrimmage against county rival Tuscola, head coach Brandon Holloway said that although there’s certainly still work to be done, he was pretty happy with how his young squad competed.

“I’m just glad they were able to get going so we could get out and play somebody else,” he said. “It was good for them. They have a ton of potential, so we’re excited to see what they can do with more experience.”

“We missed the atmosphere of a true Pisgah-Tuscola game, but it was great to get everyone out there,” he added. “It almost felt like pickup ball because we were just teaching them as they were out there.”

Last season ended for The Bears when they lost out in the first round of the state playoffs to Bandys High School. Overall, the team put up a solid 17-10 season, including 7-3 in conference play. However, the losses of several key players, including standouts MaeAnna Norris and Carter Gibson have left holes in the roster.

The team only features four returners from last year in Alexis Gibson, Ashtyn Frady, Morgan Putnam and Emma Deaver. This year, there are a few players who moved up from JV, a few freshmen and also one girl who transferred from Spain, Cristina Garcia De Sivatte, a 5-foot-8 guard Holloway said will be a starter.

“She’s going to be a special player,” he said. “And she’s fitting in really well.”

“Her sister came here and went to Enka for a year two years ago, and she was a game-changer for them,” he added.

Holloway said that although there are a lot of new faces this year, he’s enthusiastic about the team’s potential.

“It’s kind of like a fresh new start, but I’m excited to work with this group,” he said. “They have a lot of drive.”

Holloway said, with 10 players, the roster isn’t very deep, but the way the players have built chemistry has been impressive, especially given how little time everyone has had to practice together.

“To have 10 girls get along this well this quickly, that’s a first,” he said.

However, there’s still plenty of work to be done, especially considering the limited time the team has had to practice leading up to the season — a season that also will be shortened.

“These girls are going to have to learn on the fly,” Holloway said. “We’re going to have to do as best we can of trying to break them and teach them how and why and what we do in Pisgah basketball. We haven’t been able to do that so far because of COVID, so it was a trying preseason to have such a young group.”

“I can count on two hands the number of practices or things that we’ve done together,” he added.

As for following the state’s guidelines that require players to wear masks even during games, Holloway said it will be a matter of which team can adapt best.

“Everyone is struggling; everyone’s going through it,” he said. “I told them basically that the teams that accept it and own it are the ones that will become most successful.”

Although spectators at the games will be limited, fans can stream them for free on YouTube through Pisgah Athletics’ channel.