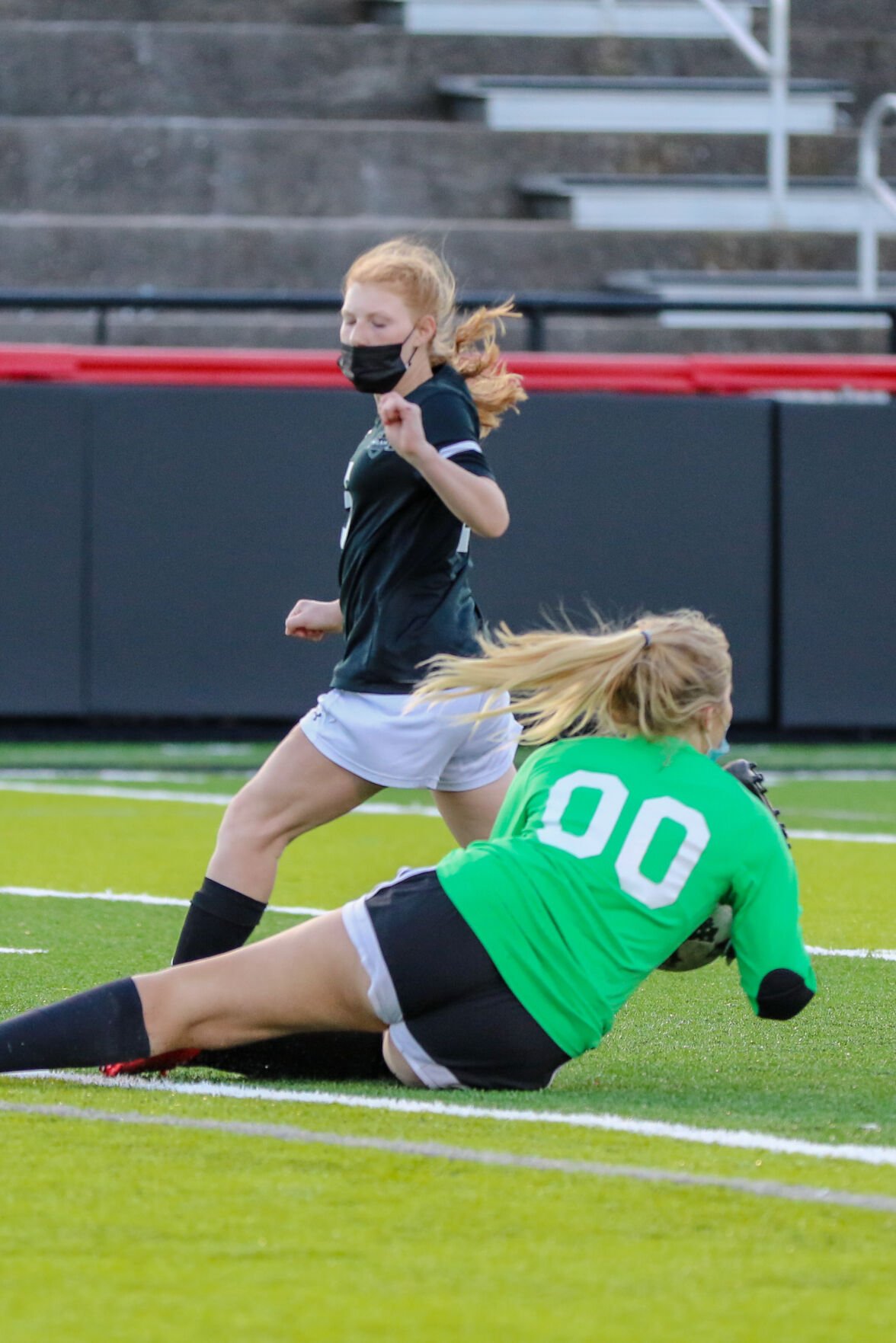 INTERCEPTED — Pisgah’s Maggie Mull shoots, but the ball is intercepted by Hendersonville. 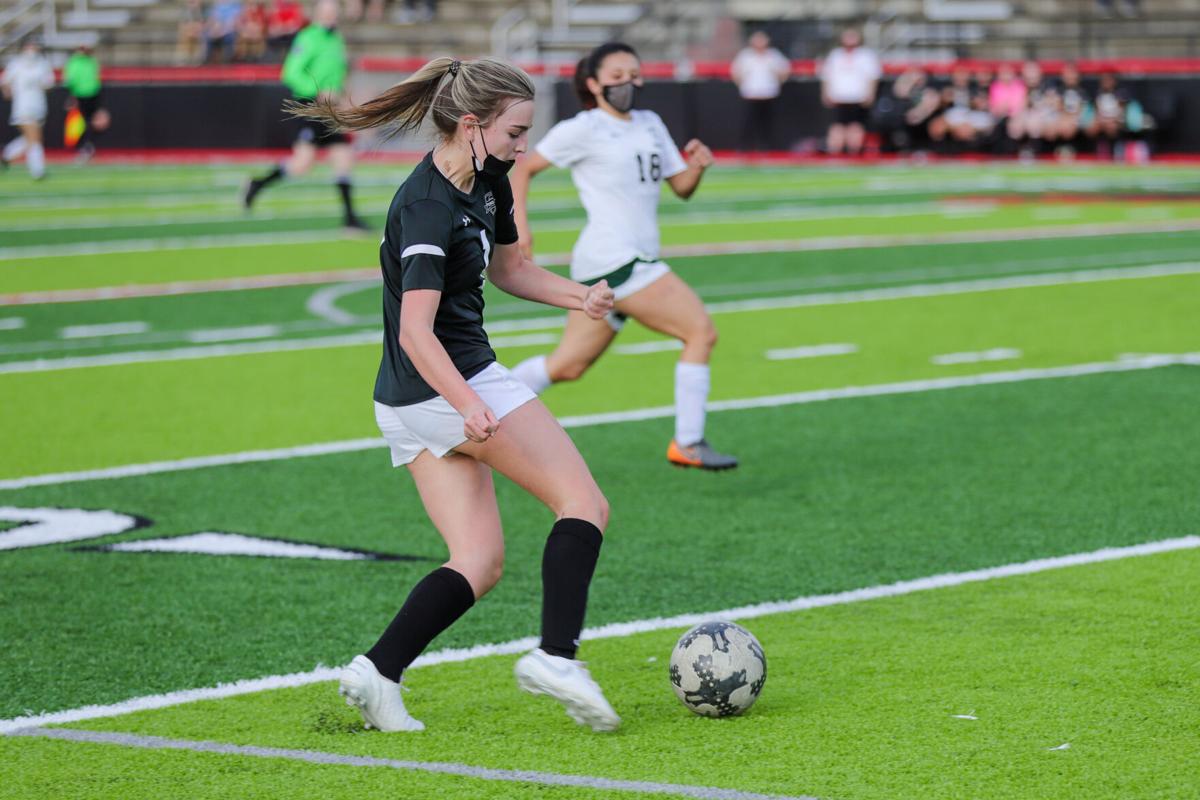 ON THE BALL — Pisgah’s Kennedy Barker moves the ball along during the game against Veritas Christian on Wednesday night. 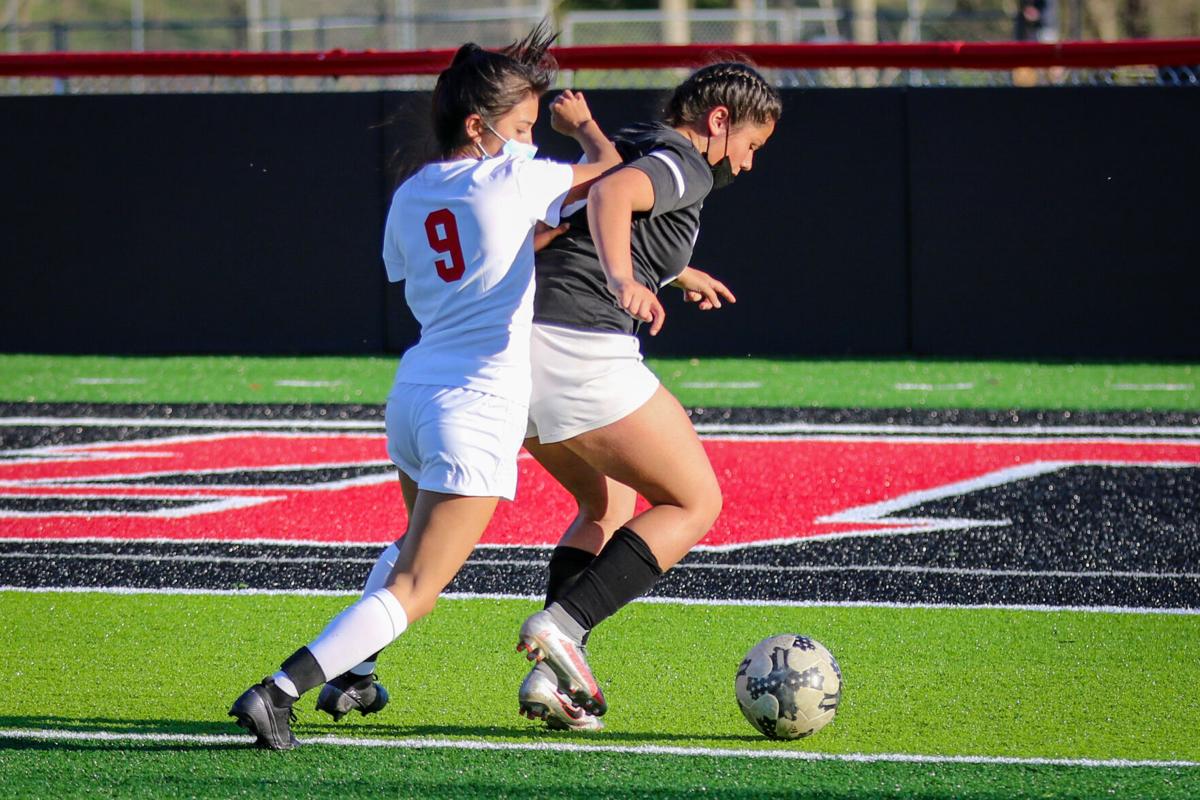 HANDIWORK— Junior Jackie Castillo-Pina maneuvers around a Bearcat to keep the ball in control for Pisgah.

INTERCEPTED — Pisgah’s Maggie Mull shoots, but the ball is intercepted by Hendersonville.

ON THE BALL — Pisgah’s Kennedy Barker moves the ball along during the game against Veritas Christian on Wednesday night.

HANDIWORK— Junior Jackie Castillo-Pina maneuvers around a Bearcat to keep the ball in control for Pisgah.

Pisgah Women’s soccer suffered a 5-1 loss at home against a strong Hendersonville team on Monday, then notched a shutout victory against Veritas Christian on Wednesday night, 5-0.

The Bears’ record now stands at 4-1 for the season.

“We have a strong group returning, it’s an odd situation because of COVID,” said Pisgah Head Coach Joe Pinkston. “We played only three games last season, so it’s like the freshmen and sophomores didn’t have their season last year. We’ve beaten everybody we’re expected to beat.”

In the matchup against the Bearcats, Pinkston added, “Hendersonville is the No. 2 team in the state for a reason. They’ve only lost one conference game since 2016, and for us to play with them for most of the game makes a really strong point that we’re headed in the right direction as a program.”

Pisgah’s Maggie Mull scored the first goal against Hendersonville in the first half with Kennedy Barker assisting.

“We really did hang in there against Hendersonville for a good portion of that game,” said Pinkston. “Of the five goals that they scored, two of the goals are goals we’ll never give up against, little mistakes that we’ll never make again. We were the first team to score a goal against them this season.”

In Wednesday’s matchup, the Bears shut out Veritas Christian, 5-0.

“We started off a little sloppy. It’s a small field. It’s a type of turf we’re not used to playing on. The ball was slick, but once we sorted that out we started to do what we’re supposed to do,” Pinkston said.

“The freshmen and sophomores really played well, two of the five goals were scored by juniors, and the other three by two sophomores and a freshmen. Both our goal keepers had very good games — one is a sophomore and one is a freshman,” Pinkston said.

Barker, Andrade, Castillo-Pina and Bridges each had one assist.

Pinkston praised play by Mull this week: “She scored two goals this week. She’s catching up with the varsity happenings very fast, and we’ve been very impressed with her. We have a lot of good players, but seeing someone get so much better so quickly, it’s been really nice.”

Spring break and then an away game at Brevard on April 12, followed by a home game April 14 against Smoky Mountain.

“After we play Brevard, that game will be the mid-point of the season,” Pinkston said. “For conference right now we are in second place. If we continue to play the way we are and finish games strong the way we are, I think we have a real chance for a second, or even a first-place finish, depending on the Hendersonville game.”

The Bears will face Hendersonville again on April 21.