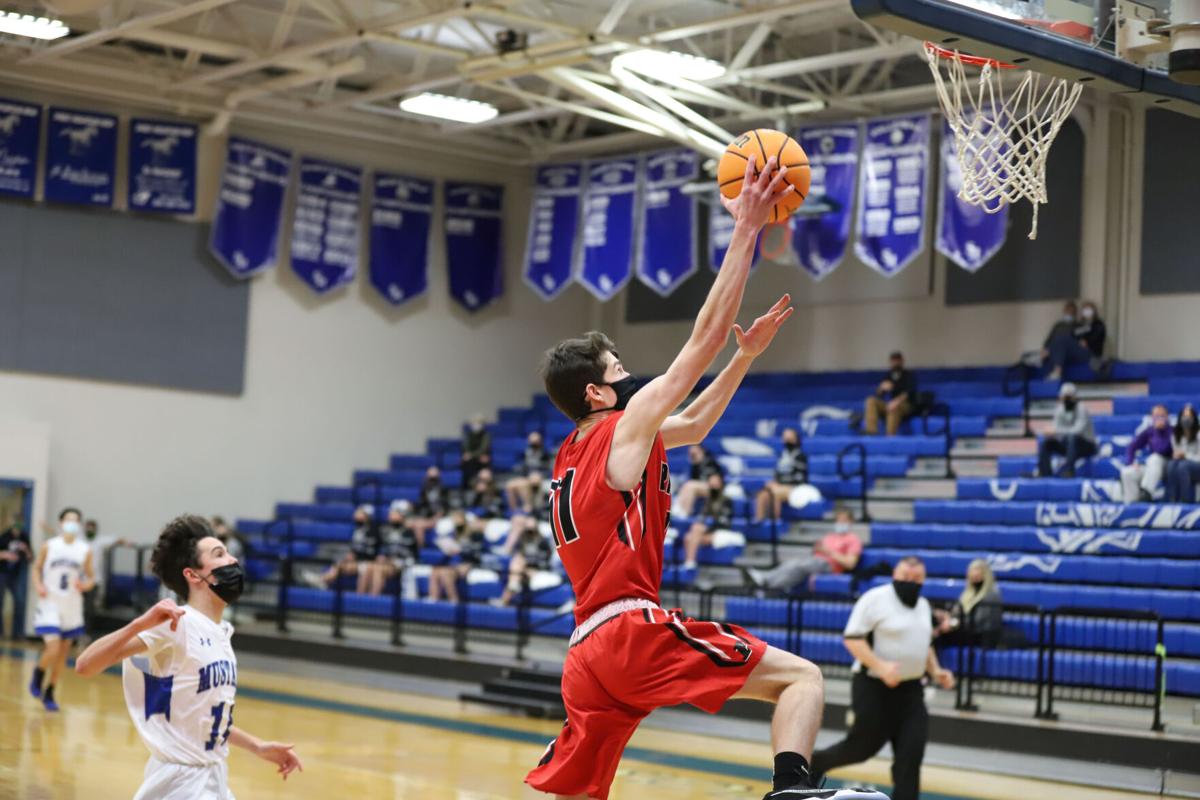 GOING UP — Senior Brady Goolsby, seen here going up for a dunk against Smoky Mountain, was a key contributor against Brevard, going 5-for-6 from beyond the arc. 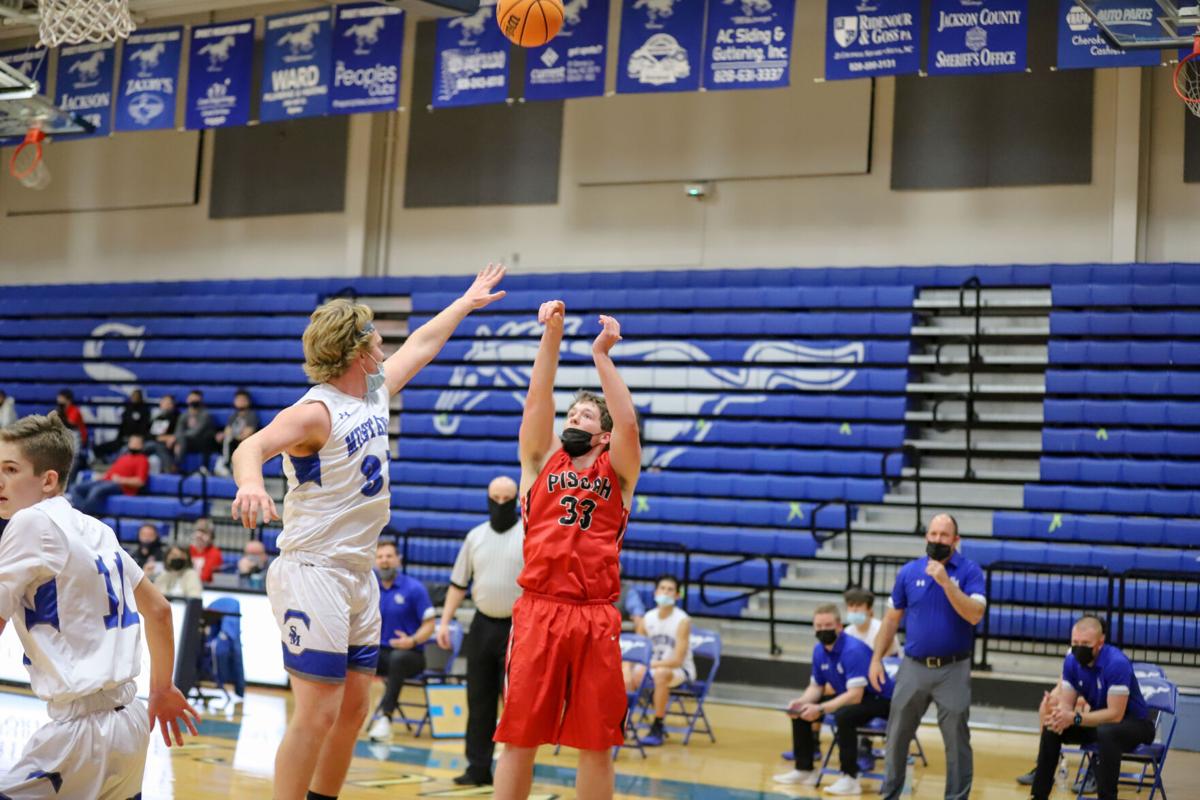 CAREER HIGH — Junior Bailey Stockton is seen here against Smoky Mountain, a game in which he put up a career-high 10 points. That career high was broken against Brevard last Saturday when he put up 15. 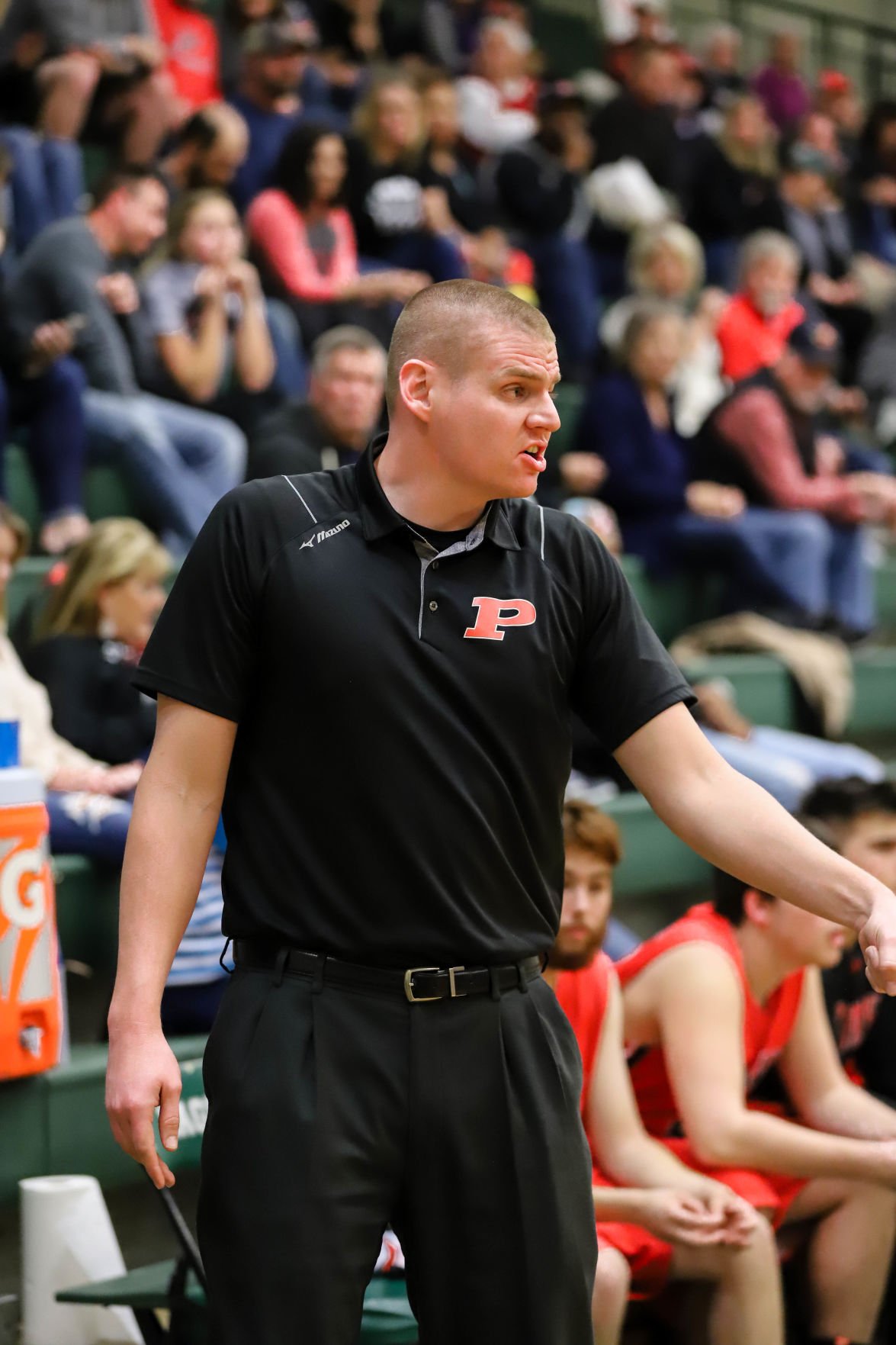 THROWBACK — Pisgah boys basketball coach Jonathan Whitson is shown in this February 2020 photo — pre-COVID when fans were allowed in the gym.

GOING UP — Senior Brady Goolsby, seen here going up for a dunk against Smoky Mountain, was a key contributor against Brevard, going 5-for-6 from beyond the arc.

CAREER HIGH — Junior Bailey Stockton is seen here against Smoky Mountain, a game in which he put up a career-high 10 points. That career high was broken against Brevard last Saturday when he put up 15.

THROWBACK — Pisgah boys basketball coach Jonathan Whitson is shown in this February 2020 photo — pre-COVID when fans were allowed in the gym.

Pisgah boys basketball is rolling into the conference semifinals with something to prove.

The team has, by all measures, performed well this year, winning nine games and losing only two, each to Hendersonville, which is ranked No. 2 in the state.

But it still may not be enough to get Pisgah into the playoffs as only the conference champion receives an automatic berth.

According to the rules, conference tournament play has no effect on whether a team makes the playoffs or not, so Pisgah has now done all it can do to fight for that postseason spot. The team is stuck on the bubble.

“The projections has us the first team out,” said head coach Jonathan Whitson. “We’re going to need a little help from other teams.”

The Bears did lock down two wins last week to make their case for the playoffs more convincing. First up was Franklin, which played Pisgah close. However, through perseverance, The Bears found a way and won, 57-55.

“The bottom line is we just found a way to win,” Whitson said. “I’m pleased with our effort. We were struggling a bit in the first half with scoring the ball, but we made plays down the wire to be able to pull out the win.”

Next up was Brevard at home for Pisgah’s senior night.

“They’re athletic and tough,” Whitson said. “I thought we came out strong that game. It was a huge game for our seniors with it being our last home game, so we wanted to send them away with a win. I started the seniors they came out and did what they needed to do.”

The Bears showed up ready to play and won, 70-61. Whitson highlighted the efforts of a couple of players, Brady Goolsby, who went 5-for-6 from beyond the arc against The Blue Devils, and Bailey Stockton.

“Bailey Stockton had a huge game for us against Brevard,” Whitson said of the junior post player. “I think he had 15 points seven rebounds. He’s not known to be a scorer, but he came out then and made sure he scored. He wanted to do his part to be able to win on senior night for those guys.”

Regardless of his team’s proximity to a playoff berth, Whitson said his team is ready to go hard at Smoky Mountain for the conference tournament.

First up at 8 p.m. on Wednesday Feb. 17, The Bears will take on Franklin. The winner of that game will play in the championship against the winner of Brevard and Hendersonville the following day.

“Any time we play basketball you play to win. We’re not going over there just to put on a jersey for one or two more games. we can still bring home hardware if we win the conference.”