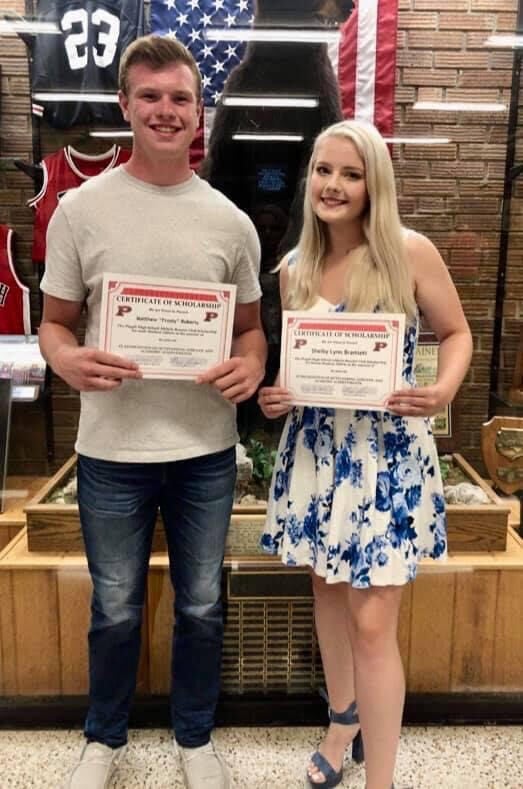 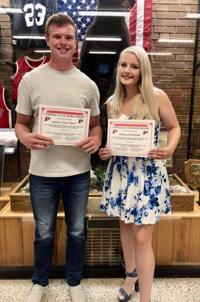 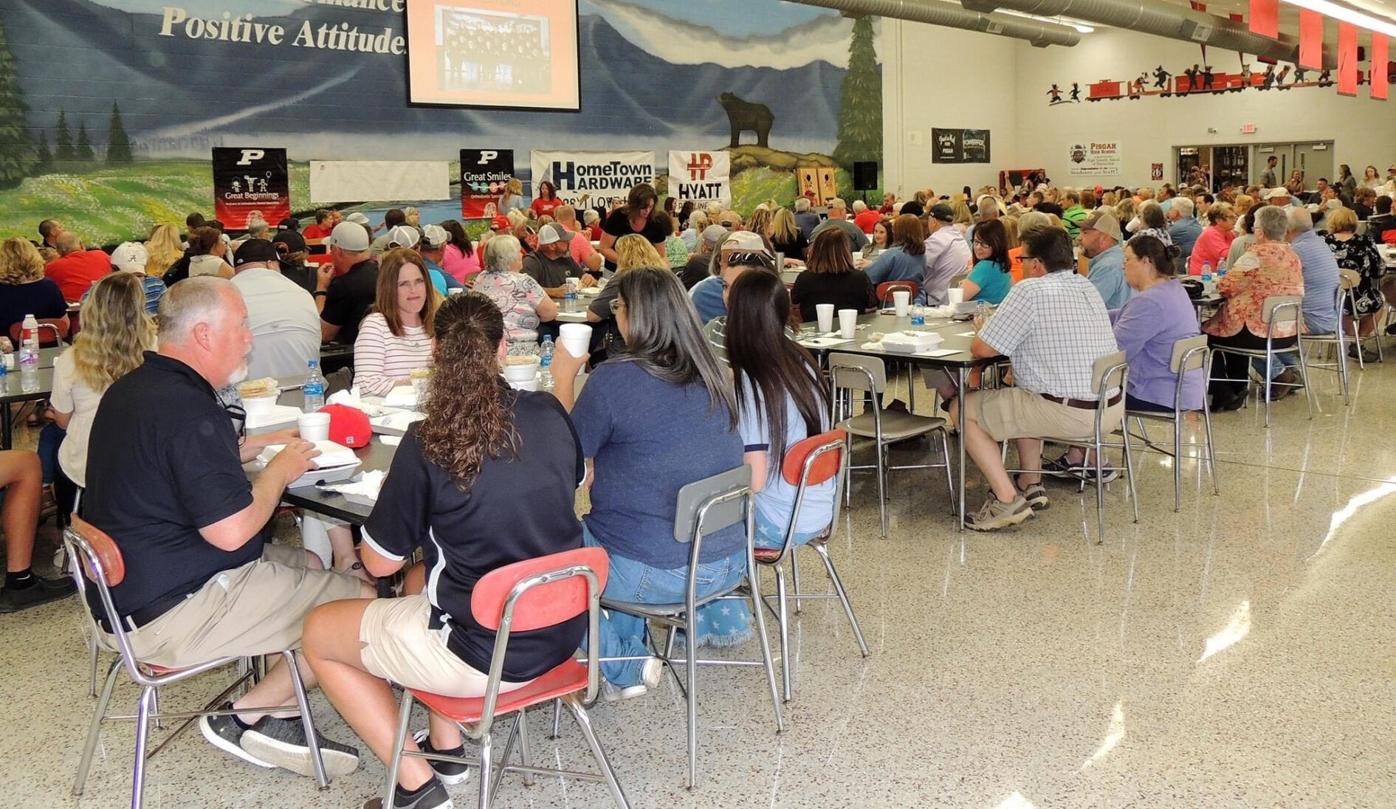 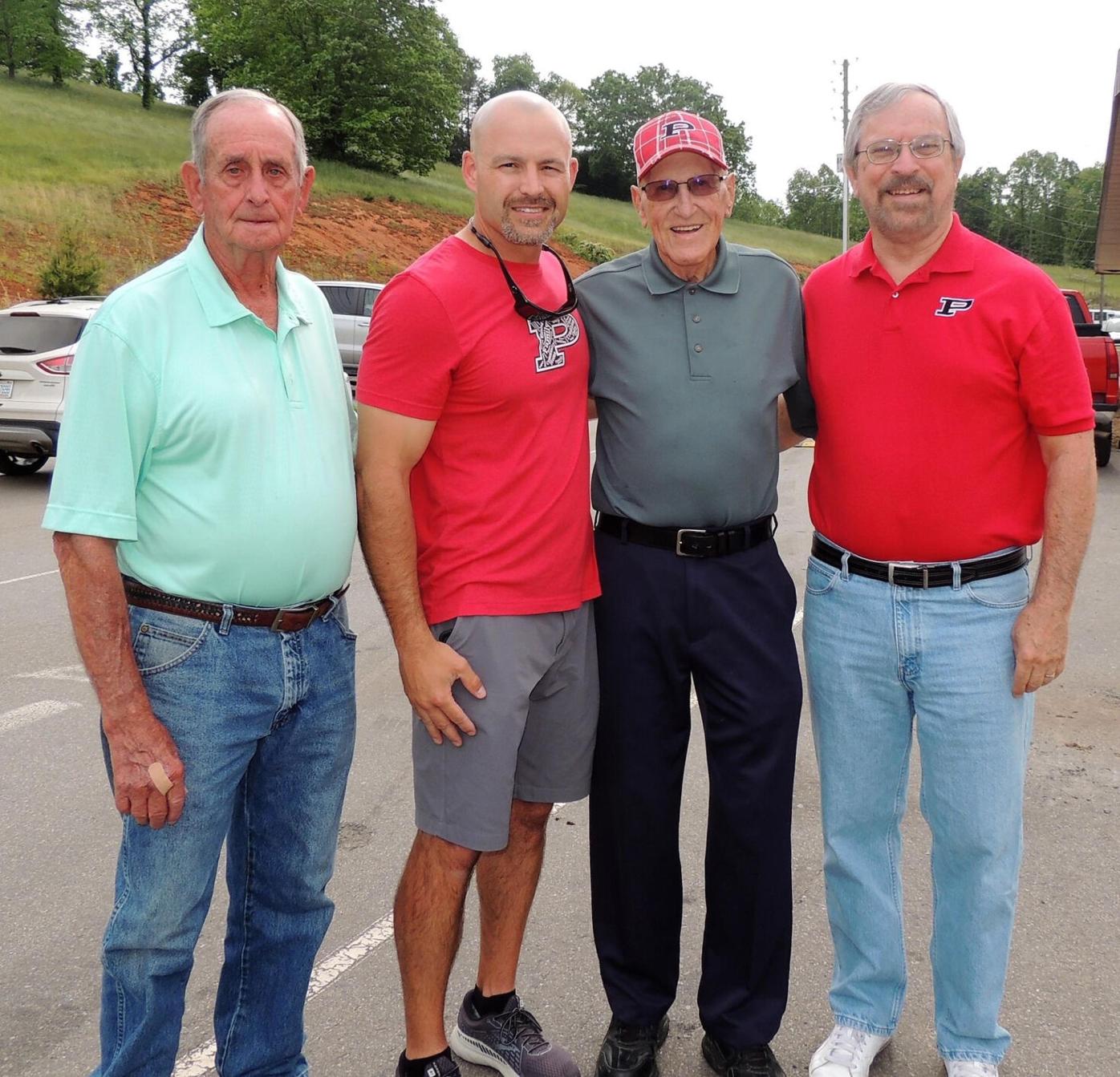 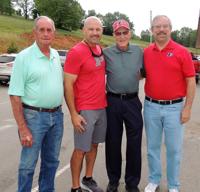 The premise is simple and has worked for years. Serve great food, offer outstanding auction items, do random cash giveaways, surprise cash awards, ticket drawings for prizes, and, of course, have the big drawdown with a huge cash prize.

“This year it was phenomenal,” said Booster Club President Mark Pinkston. “The booster club put together a fan package, there were some woodworking items by local people. We also have half and half drawings, $1, $5 and $10 drawings. We have auction items during the program. In addition to that, every third ticket gets a door prize and those can be all sorts of things, from gift cards to local businesses giving free merchandise. And every 50th ticket is a $100 winner.”

The drawdown is the finale.

“We draw down to the nine tickets and we auction off the tenth ticket and we draw down to the five people that are left. It’s $100 for the fifth prize, $250 for fourth prize, $500 for third prize, $1,000 for second prize and the final prize is $5,000. The five remaining can agree to take a $1,000 each and we’d be paying less money than if we’d draw it out. In this case they agreed to take the $1,000 each. And one donated the money back to us. That’s the kind of people we have in Pisgah Nation,” Pinkston said.

Recognition should be made to those Pisgah supporters. They are Tracie Rhea, Danny Wilkens, Karen Hall, Will Warren and Tom Wilson.

“It happens throughout the night, just people doing everything they could to bid on auction items for more than they were worth because they’re trying to help us raise money, they know what we’re about and what we’re doing. That’s the kind of people they are,” Wilson said.

Pinkston said the event grossed over $51,100, its highest gross ever. “Expenses were up due to rising costs, for example we had over 600 pounds of meat at higher prices. Our net profit was at $34,120. We were happy with that,” he said.

Mike Lovelace, treasurer of the booster club puts things into perspective: “This was our second highest net we’ve ever had. In fact, this was our 21st drawdown and we’ve raised over $587,000 for Pisgah athletics.”

Another highlight of the evening was awarding booster club scholarships. “Four or five years ago we started out giving one male and one female athlete $500, and a couple of years ago we increased that to $1,000 and it’s a big part of the Drawdown,” Lovelace said. “We look forward to awarding those scholarships. This year’s winners are Matthew Roberts and Shelby Lynn Bramlett.”

There are a lot of people to thank. Lovelace notes the businesses that helped out, “I’d hate to mention one because I couldn’t mention all of them. But, our three headliner sponsors for the night were Great Beginnings, Great Smiles Pediatric and Orthodontics, Hometown Hardware, and Canton Credit Union. But then we probably had 30-40 who donated in some form. Thanks to all of them.”

More thanks are needed. Pinkston adds, ”I can thank the Pisgah Boosters members for all their work. And the cafeteria staff helps us put this on. Those guys worked all day, they take this event very seriously; a lot of preparation goes into that. Sherry Luther helps coordinate with the cafeteria staff on our meal. Mike and Bill Barker work with the money and keeping up with that. Heidi Morgan, athletic director, and her assistant athletic directors Shepard and Brandon Holloway and the rest of the administration helps a lot.”

Pinkston continues with the thanks. “This was just a wonderful statement for the Canton community and Pisgah Nation. Every dollar of that net goes to Pisgah athletics. There’s nothing else that it goes to. When people give to the Pisgah Athletic Boosters, dollar for dollar, it’s going to Pisgah athletic programs.”