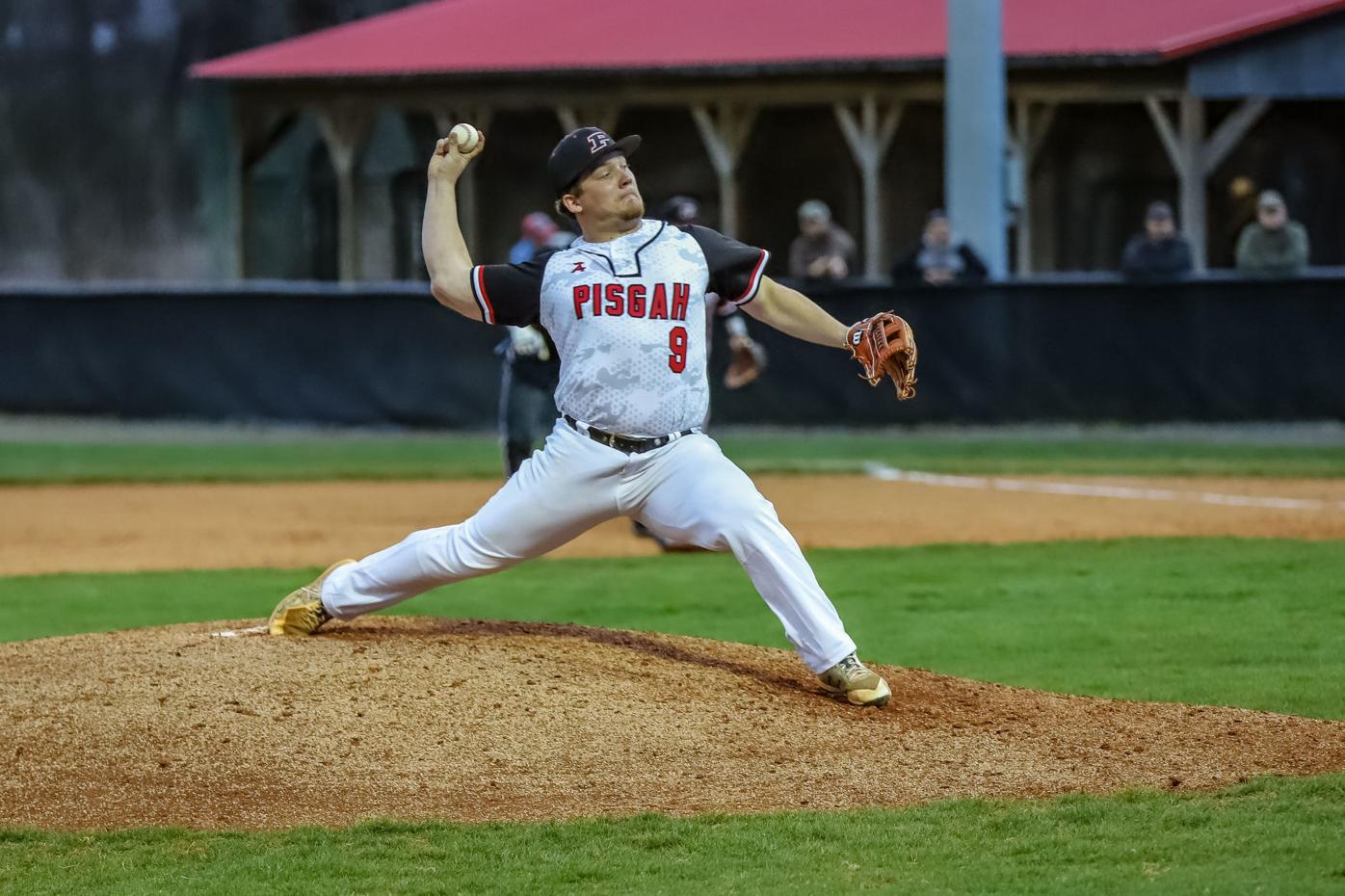 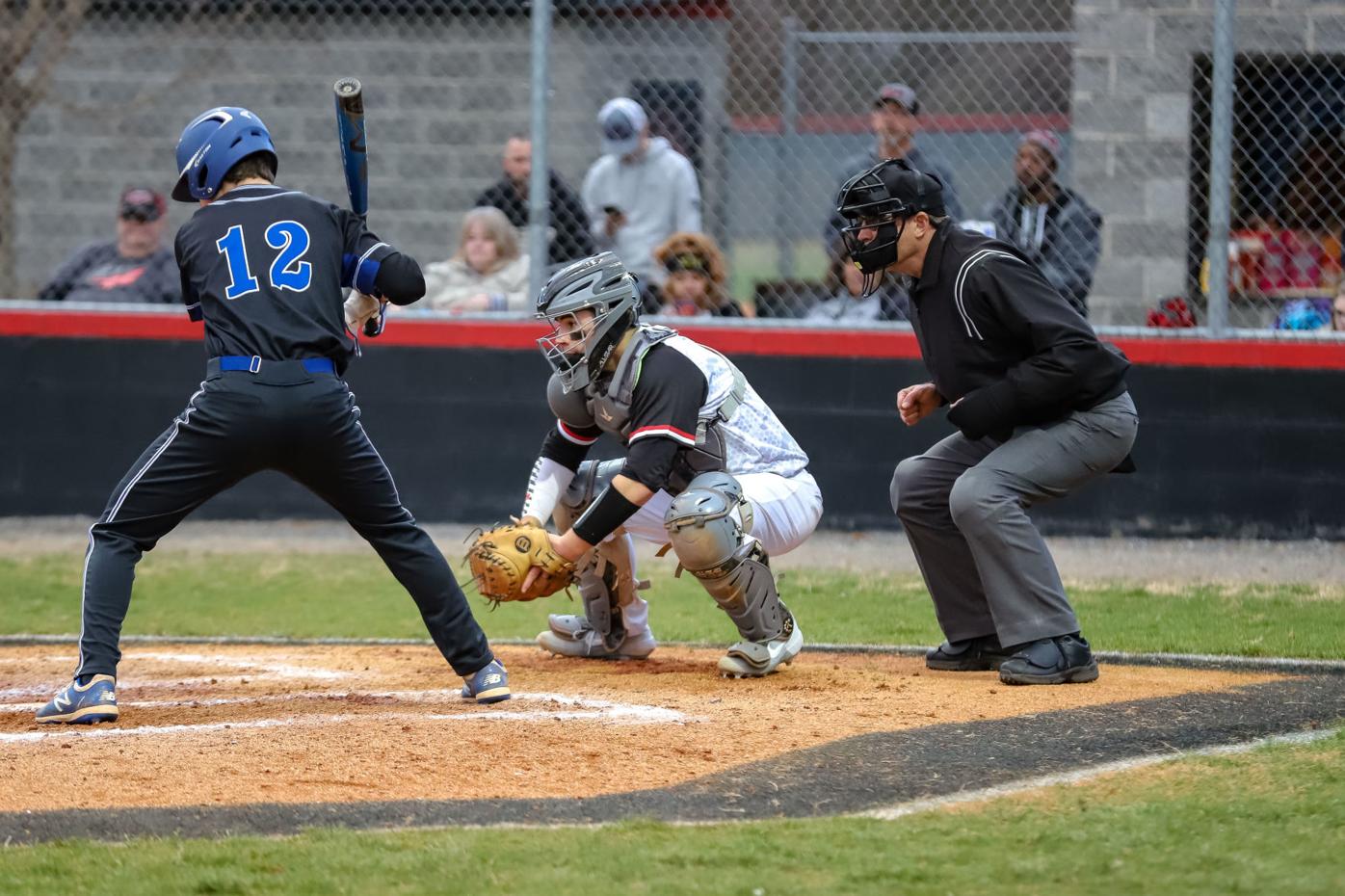 Pisgah baseball got three hits apiece from seniors Jake Moore and Travis Shuford and junior Devan Dodgin in a 6-4 win over Smoky Mountain in its conference opener Tuesday.

“It’s a good feeling,” said head coach Harold Shepard. “These kids get a little adversity and they’re responding well. They played well last week against Hayesville. … One of the things that we talked about as a team yesterday was maintaining, coming back and fighting every day. That’s what we’ve done. This is a great group of kids. They’ve got a history of playing well together. The sky’s the limit for them.”

Senior Hunter Cseledy got the start for the Bears on the mound, and surrendered one earned run on one hit while striking out six and walking five in four innings pitched.

Junior leadoff hitter Jake Scott set the table for the Bears with a single in the bottom of the first, advanced to third and then came home on an RBi groundout by Medford to put Pisgah up 1-0.

“Coach tells us to have an approach,” Moore said. “When I got up there, I was just thinking, ‘I’m going to put the ball in play and make them work.’

The Mustangs loaded the bases with one out via two walks and a single in the top of the third as Cseledy seemed to be losing his command, but he bore down and pitched out of the jam, striking out two batters looking with his curveball to end the threat.

“It’s all about adversity,” Shepard said. “You sit down and look at these kids and say ‘Hey, you’re going to get hit in the mouth. You’re going to. They want to beat you. It’s how you handle yourself. They handled themselves like men. They stood up and they fought.”

The Bears pushed their lead to 2-0 in the bottom of the third; Moore led off with a bloop single, took second on a wild pitch and third on a groundout, junior Dodgin looped a double over the left fielder’s head to bring him home.

“It’s just them playing team ball,” Shepard said. “... You just beat the ball around a little, play small ball and do what you’re supposed to and good things happen. You put the bat in these kids’ hands and let them go. They do their job. That’s what Devan did; that’s what Jake did, and every other one of them. They had good at-bats. They made the pitcher go long innings. They put pressure on him. It’s hard to play baseball when you’ve always got pressure on you. Especially with high school kids, they don’t like it when the popcorn’s popping.”

Shepard lifted Cseledy after a leadoff walk in the top of the fifth, sending Scott to the mound. The Mustangs put runners on first and second with one out via another walk and advanced them on two wild pitches, scoring a run to make it 2-1.

The Mustangs’ second batter laid down a sac bunt to score a run and tie the game at two. Scott tagged the bunter out along the first-base line, but was ejected for an overly forceful tag, sending Brooks Valentine to the mound.

Pisgah wasted no time reclaiming its two-run lead in the bottom of the fifth. Moore picked up his second hit of the game with a one-out single in the bottom of the fifth and stole second. There may have been a bit of déjà vu, as Dodgin drove another ball deep into the gap for a two-out single, again scoring Moore to make it a 3-2 game. Junior catcher Levi Medford then roped a double to left center to bring Dodgin home and put Pisgah up 4-2.

Pisgah kept the line moving, as after Walker Beasley came in to pinch run for Medford, Shuford made it 5-2 with a single.

“They are going to attack adversity head on,” Shepard said. “That’s one of the things we talked about yesterday, how to handle adversity. My life and my experience is there’s been lots of opportunity to lay down. I relayed that to them. It’s either lay down and take it or you stand up and fight it head to head, face to face. You keep going. They’re taking that persona.”

The Mustangs put runners on first and second with no outs via an error and double in the top of the sixth. Valentine got a swinging strikeout for the first out, but the Mustangs got within two with a one-out RBI single. Smoky tacked on another run via a fielder’s choice to make it 5-4, but the Bears escaped the half inning with the lead.

The Bears added an insurance run in the bottom of the sixth, as with runners on the corners with one out, Moore laid down a sac bunt to bring home Trent Devlin and make it 6-4.

Valentine ended the game with a swinging strikeout to finish the win for the Bears.