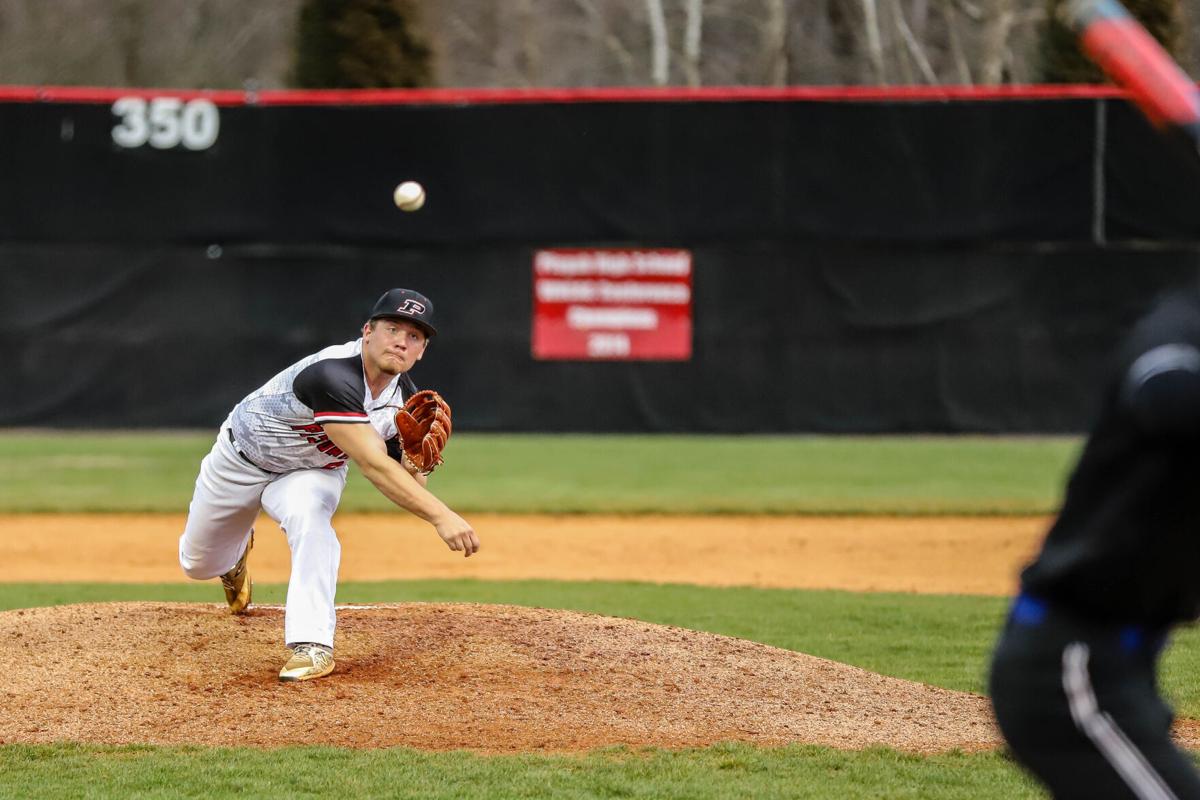 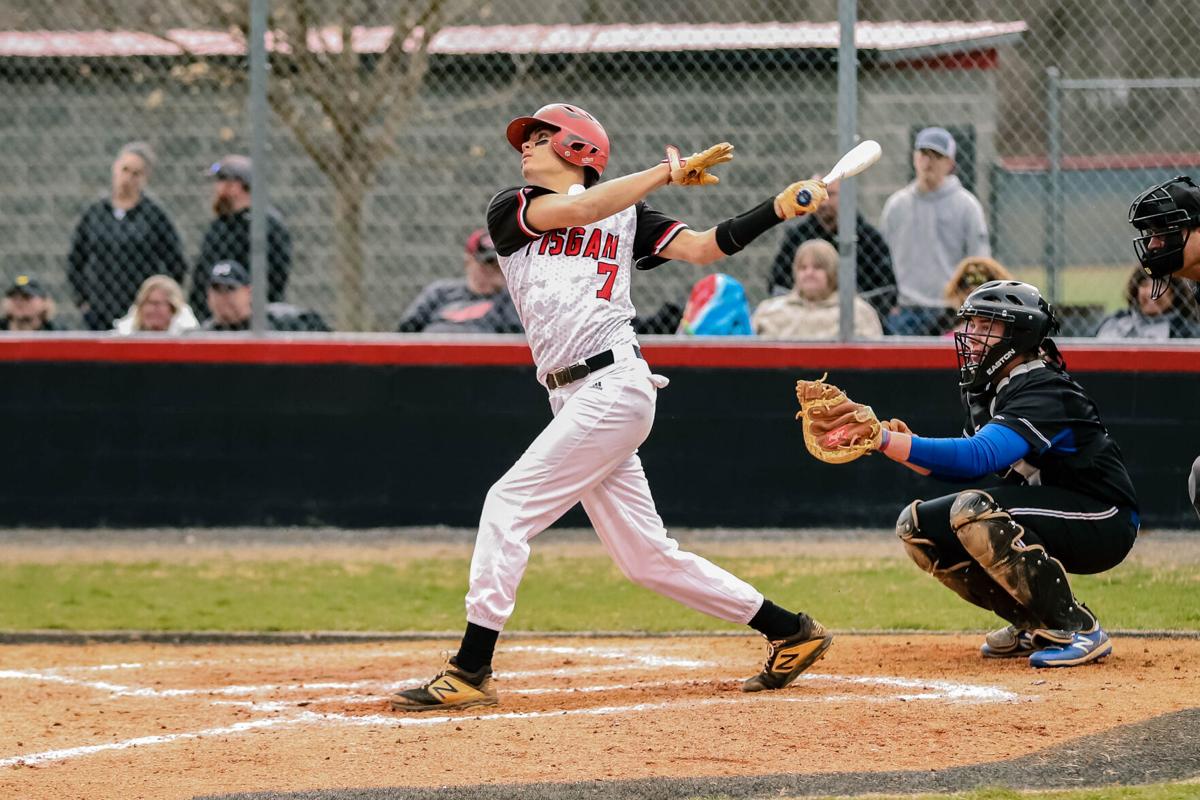 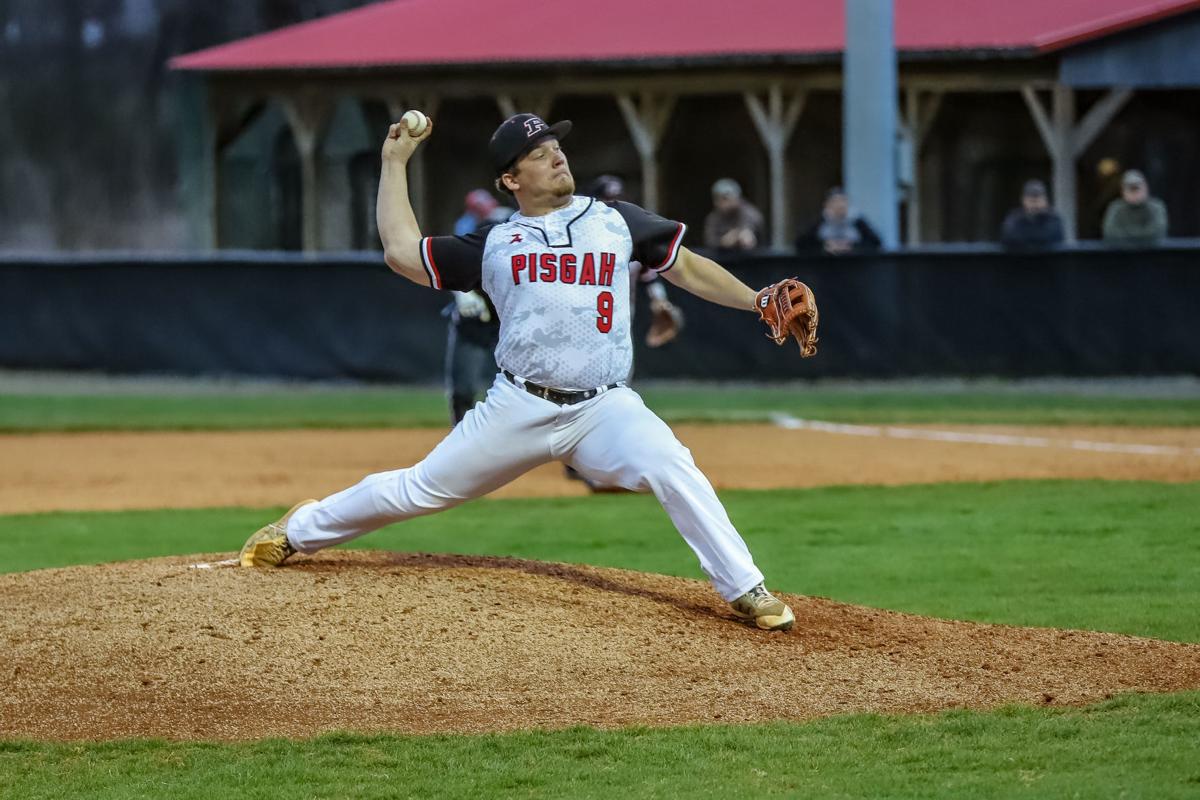 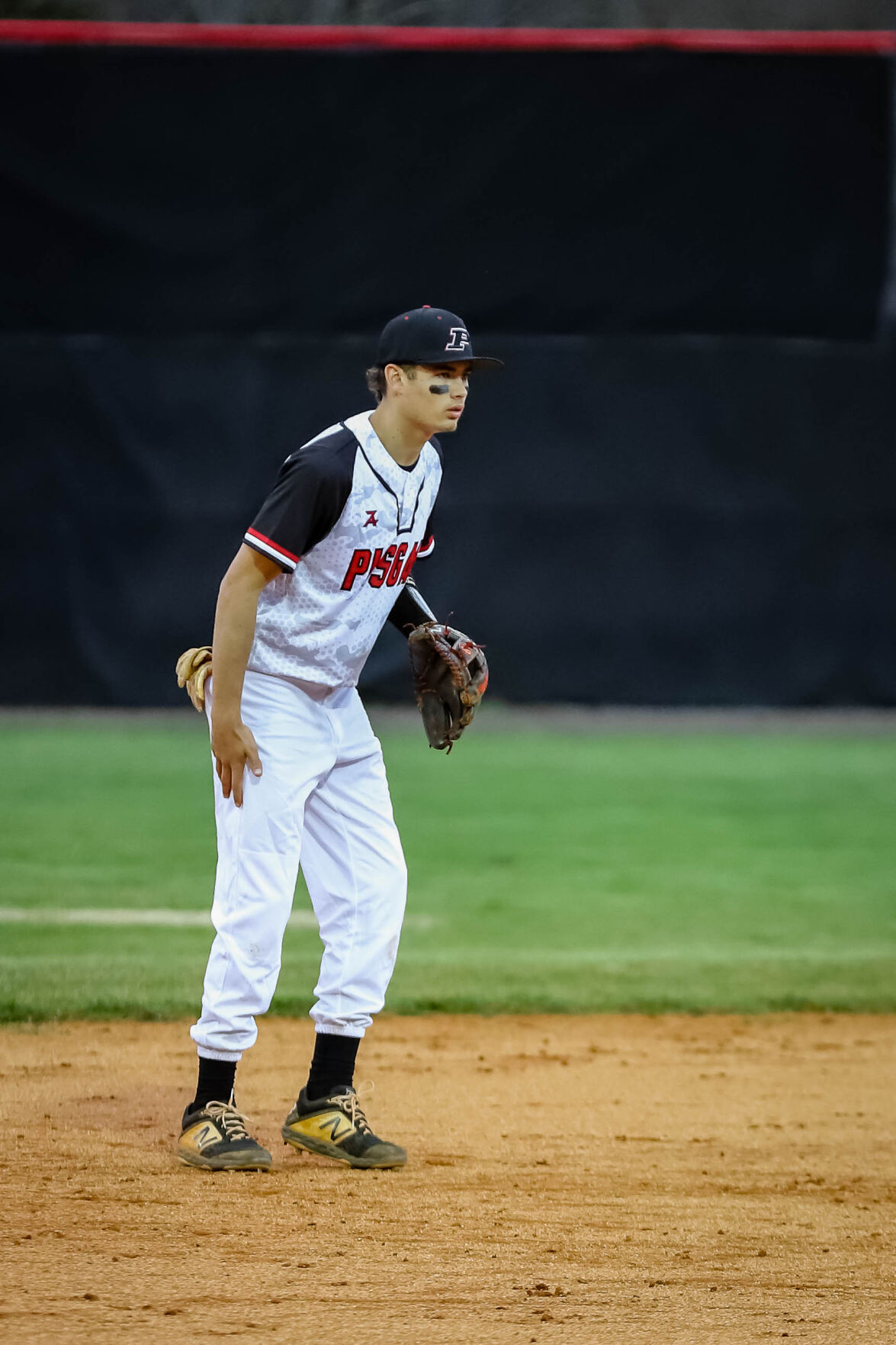 For two former Pisgah baseball teammates, their days playing together won’t be coming to an end quite as soon as they thought. Seniors Hunter Cseledy and Keegan Hudson will both head to Caldwell Community college to play at the next level.

For the former Bears, who will also be reunited with 2019 Pisgah graduate Adam Tolley, it’s a chance to keep playing with friends and teammates since they were young kids.

“That’s just an addition to how excited I am,” Hudson said. “That’s two guys I’ve played with since I was a little kid, and then we’ll be up there together.”

Of course, like spring sports high school athletes across the country, Cseledy and Hudson had their final season cut short by the COVID-19 pandemic.

Getting a chance to play in college will be a chance to make up for some of that lost time, and keep their careers going on their own terms. Losing most of their final high school season will also give them a greater appreciation the next time they step on the field.

“I feel like we were really cut short,” Cseledy said. “I didn’t really get to play my junior year either. I really got cut short. I played a little bit my junior year, but not as much as I should have because of my arm. So I feel like it’s a chance to keep playing.”

A doctor once told Cseledy he wouldn’t play sports again. That was after he suffered a serious arm injury in the Pisgah-Tuscola football game in 2019.

But he attacked his rehab, and was able to play in the field and hit his junior season that following spring. He didn’t pitch much as a junior, something Bears head coach Harold Shepard said the two “butted heads over”.

Cseledy returned to the mound full time as a senior, but of course only got in a couple outings before the March shutdown. He believes the adversity he’s faced will make him a better player, and deepen his love for the game of baseball.

Shepard has seen the way Cseledy attacks obstacles, and knows it will serve him well playing college baseball.

“I think that when [Caldwell Community baseball coach Frank Pait] met him for the first time other than talking to him on the phone, he looked at me and said ‘That kid’s a bulldog,’” Shepard said. “I think that sums it up. He is absolutely a bulldog. Everything that he does, he goes after it 110 percent. When you put an obstacle in front of him, he’s not going to back down from it. I think that bulldog moniker is going to stick with him, because that is him to a tee.”

Hudson has known for a long time that he wanted to play college baseball. He comes from a family of ball players; his three older sisters, including Hannah Hudson, a member of the 2011 State Championship team at Pisgah played softball.

He found a good fit in Pait and the Caldwell Community, and joining with his two former teammates in college.

“It was the best thing for me,” Hudson said. “I just want to play baseball. It means the world,” Hudson said. “I can’t wait. I grew up in a family where that’s all we’ve done. That’s all I’ve known. I’m really excited to keep playing.”

Pait and Shepard have known each other for awhile. Pait coached at Lenoir-Rhyne and Catawba Valley before Caldwell Community, and has experience building baseball programs.

Over the years, he’s shown an affinity for Pisgah’s program, and the kind of players and people it produces. With Hudson, whom Shepard accompanied on his visit to Caldwell, it was no different.

“When Keegan got down there, [Pait] pulled me off to the side as Keegan went to loosen up and he was like, ‘I want him. He’s going to be an asset,’” Shepard said. “He said, ‘I like the way he does things, I like the way he moves. He’s going to be a player.’ That’s awesome from a coaching standpoint to sit there and watch your kid show out and make a good impression on somebody that you have respect for.”

Both players reflected on their time in the Pisgah program, and what it meant to them.

“It means a lot,” Hudson said. “Everything about it: the tradition, the coaches, my friends. It means the world.”

They also spoke of Shepard’s impact on their growth, both on and off the baseball diamond.

“I feel like we have a much greater bond than most teams,” Cseledy said. “At Pisgah, it’s more than baseball. [Shepard] doesn’t just teach you about baseball, he teaches you about how to be a man and helps you grow up.”

Cseledy and Hudson, who both also played football at Pisgah, will add to a growing list of players representing Pisgah baseball at the next level, which, for Shepard, is a mark of his players’ dedication to the game. 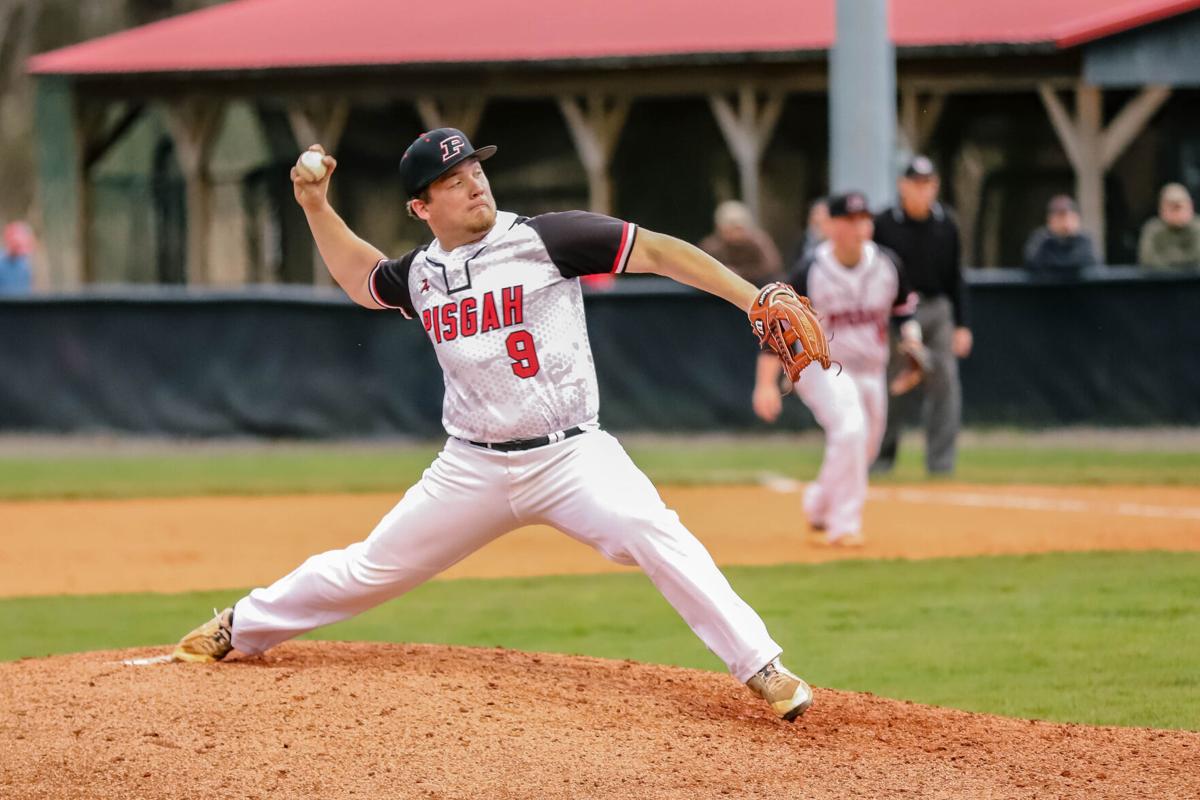 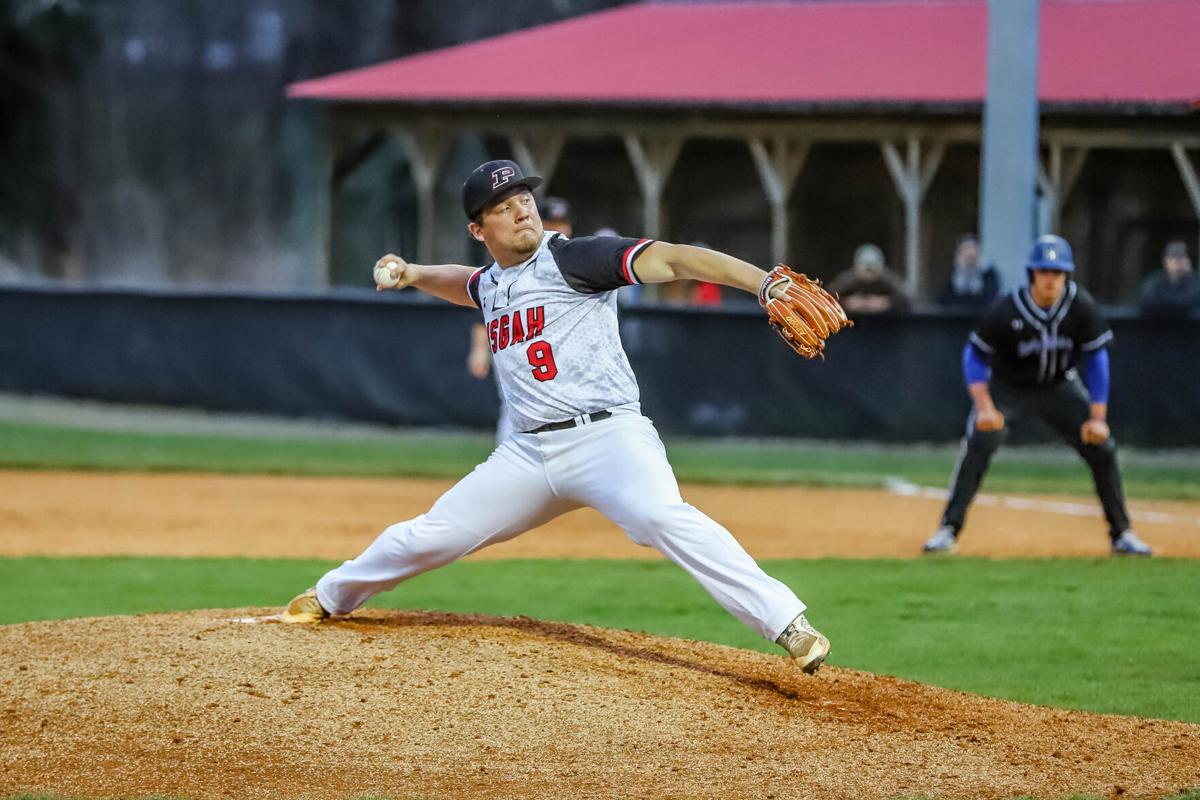 “It’s really exciting for me,” Shepard said. “I like seeing my kids go on and play. I think with these two, that puts us at 30 kids in the last 11 years that have gone on to play baseball at the next level. That’s saying something. Everybody gets one or two every once in a while, but I’ve had at least one and maybe two every year except for one. ... We’re starting to turn out some really quality baseball players on the east side of Haywood County.”