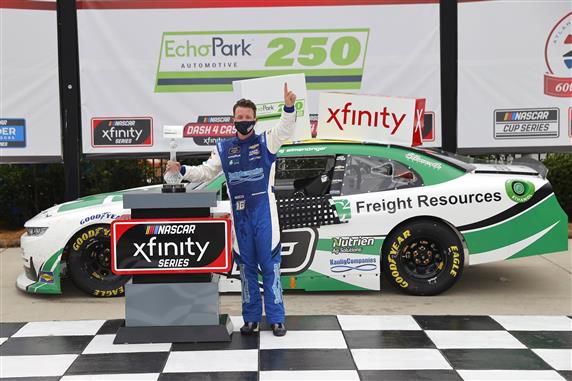 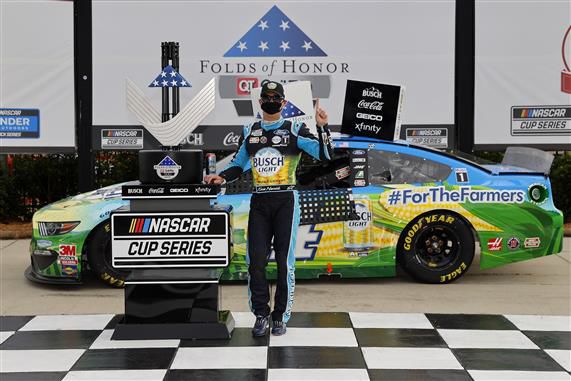 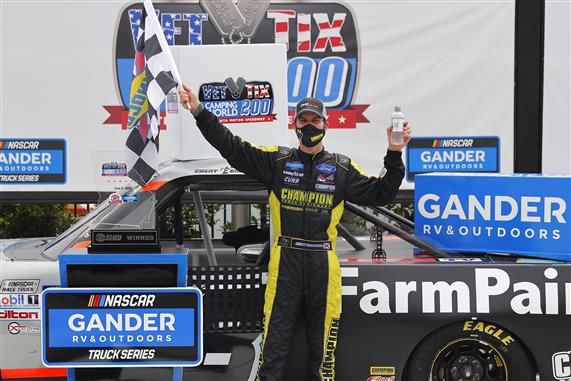 This past weekend was the closest the NASCAR world has gotten to a “normal” weekend minus practice and qualifying. The Folds of Honor QuikTrip 500 took three hours 30 minutes and three seconds. The race would see 21 lead changes among nine drivers at an average speed of 142.966 mph. The event would be slowed by caution on 5 of 24 laps and Kevin Harvick (4) would have a 3.527-second margin of victory.

As the race got underway, NASCAR President Steve Phelps had the drivers lead on to the front stretch by the pace car and silence their engines as he read aloud a statement to the drivers and their crews over their helmet headsets. Phelps said “”The black community and all people of color have suffered in our country, and it has taken far too long for us to hear their demands for change. Our sport must do better. Our country must do better. The time is now to listen, to understand and to stand against racism and racial injustice.”.

A video montage showed NASCAR drivers speaking out on recent issues and showing support of the movement. The video featured retired and current drivers across NASCAR that joined together to send a message of unity vowing to learn, educate and push change over the unrest in the country. “The deaths of George Floyd, Breonna Taylor, Ahmaud Arbery and countless others in the black community are heartbreaking and can no longer be ignored,” the drivers said. “The process begins with us listening and learning because understanding the problem is the first step in facing it. We are committed to listening with empathy and with an open heart to better educate ourselves.”

The drivers said it is time for change and they vowed to be part of that change. "The events of recent weeks highlight the work we still need to do as a nation to condemn racial inequality and racism," the drivers said. “All of our voices, they make a difference. No matter how big or how small, it is all of our responsibility to no longer be silent.".

President Phelps then called for a moment of silence to finish the moment before the cars re-fired and rolled off to start the race.

Chase Elliott (9) led the field to the green from the inside with Aric Almirola (10) on the outside, Joey Logano (22) starting third with Kyle Busch (18) in fourth, Kurt Busch (1) served his pass through penalty for failing pre-race inspection three times.

Clint Bowyer would lead the field to the green from the inside with Martin Truex Jr. on the outside. Kyle Busch restarted in third and Denny Hamlin in fourth. Michael McDowell (34) spun, bringing out the caution after contact with John H. Nemechek on lap 203. Stage two ended on lap 210 with the top 10 of Martin Truex Jr., Ryan Blaney, Kyle Busch, Denny Hamlin, Chase Elliott, Kevin Harvick, Matt DiBenedetto (21), Brad Keselowski (2), Clint Bowyer and Jimmie Johnson.

This win would make Kevin Harvick his 51st victory in 692 Cup Series races, giving him sole ownership of seventh on the all-time wins list. That would break his tie with Ned Jarrett and Junior Johnson, his next target in sixth was Lee Petty.

The Xfinity Series took the track Saturday evening following the trucks. This would be for the Echopark 250. The race would take two hours, two minutes and 37 seconds to complete with 10 lead changes among seven drivers at an average speed of 122.832 mph.

The caution would fly six times for 28 laps. AJ Allmendinger (16) would win with a 1.858 second margin of victory.

Justin Haley (11) led the field to the green from the inside with Daniel Hemric (8) in second on the outside. Stage one ended at lap 40 with a top 10 of Austin Cindric (22), Ross Chastain (10), Justin Haley, Justin Allgaier (7), Daniel Hemric, Noah Gragson (9), Riley Herbst (18), Chase Briscoe (98), AJ Allmendinger and Harrison Burton (20). On lap 70, Riley Herbst spun from eighth, bringing out the caution.

The old saying “It is never over till it is over” was never any truer than on Saturday Afternoon at the Gander RV and Outdoor Truck Series Vet Tix Camping World 200 from Atlanta Motor Speedway. Grant Enfinger (98) took the win with a .215 seconds margin of victory. The race took one hour, 47 minutes and five second to run which would see 14 lead changes among seven drivers at an average speed of 117.352 mph. The truck race would be slowed for caution six times for 28 laps.

Austin Hill (16) all but had the race won after leading 36 straight laps until a late caution came out when Chase Elliott (24) cut down a tire while running third, bringing out the caution with only three green flag laps left and forcing the race into overtime.

Kyle Busch (51) won both stages in his fourth Gander Trucks start of the season, but a pair of speeding penalties in succession midway through the final stage knocked him from contention. Those infractions came before and after a scrape with the outside retaining wall as he tried to avoid a slowing Jordan Anderson (3) whose truck had found trouble in turn three before Busch came up close behind him. Busch wound up 22nd, one lap off the pace. Todd Gilliland (38) and Zane Smith (21) rounded out the top five.