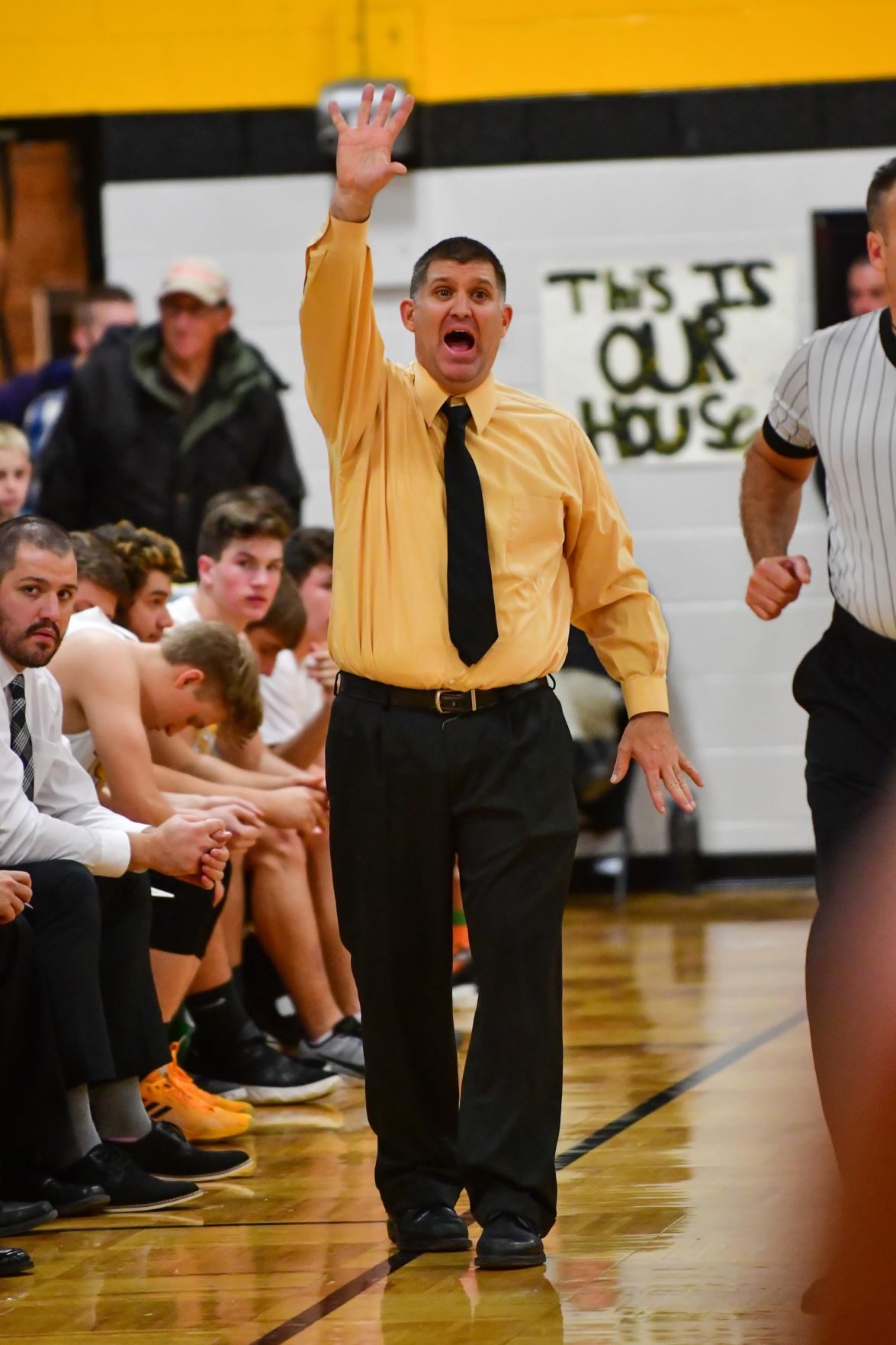 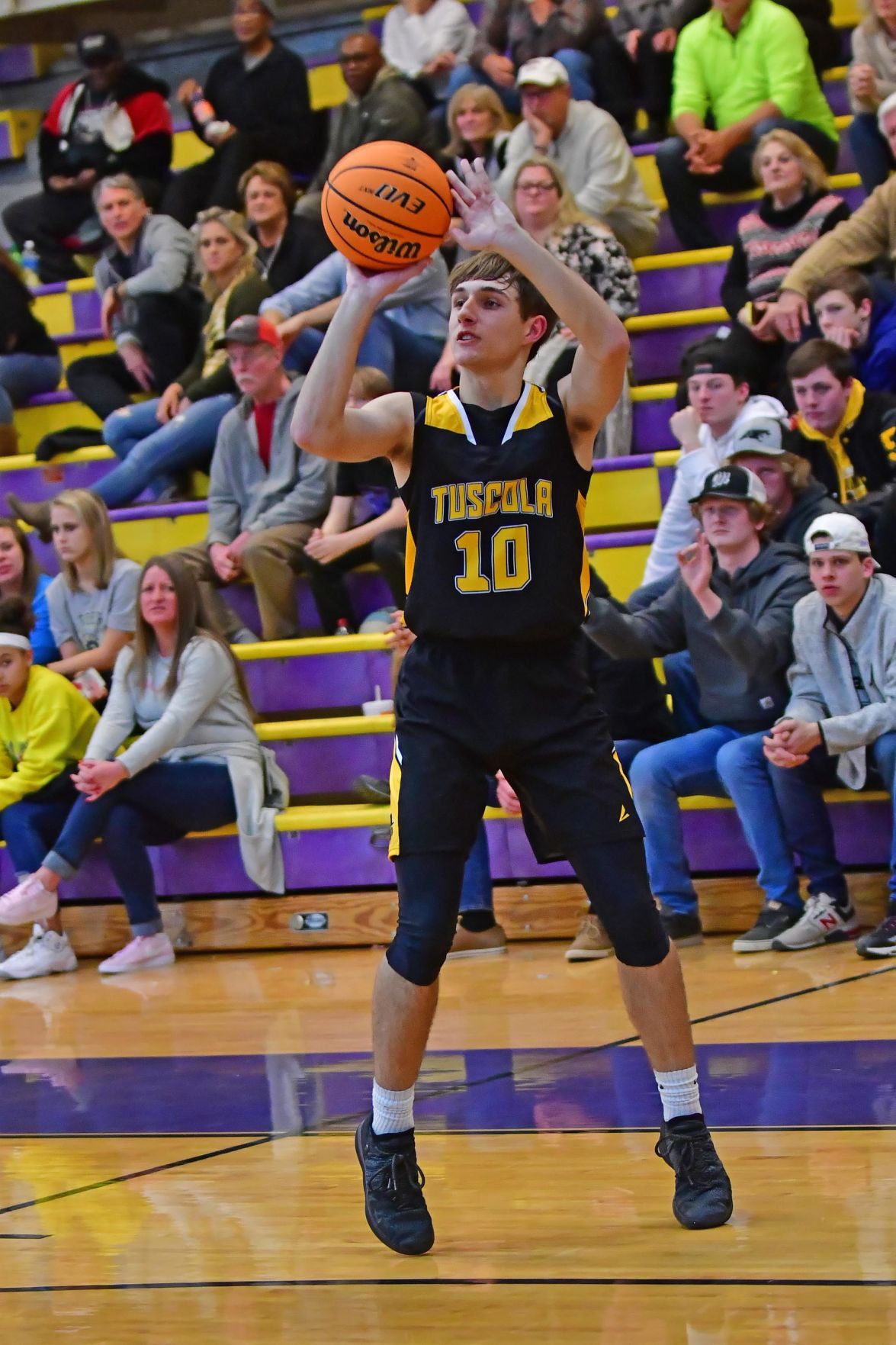 FOR 3 — Tuscola’s Trent Turner shoots a 3-pointer in this file photo. 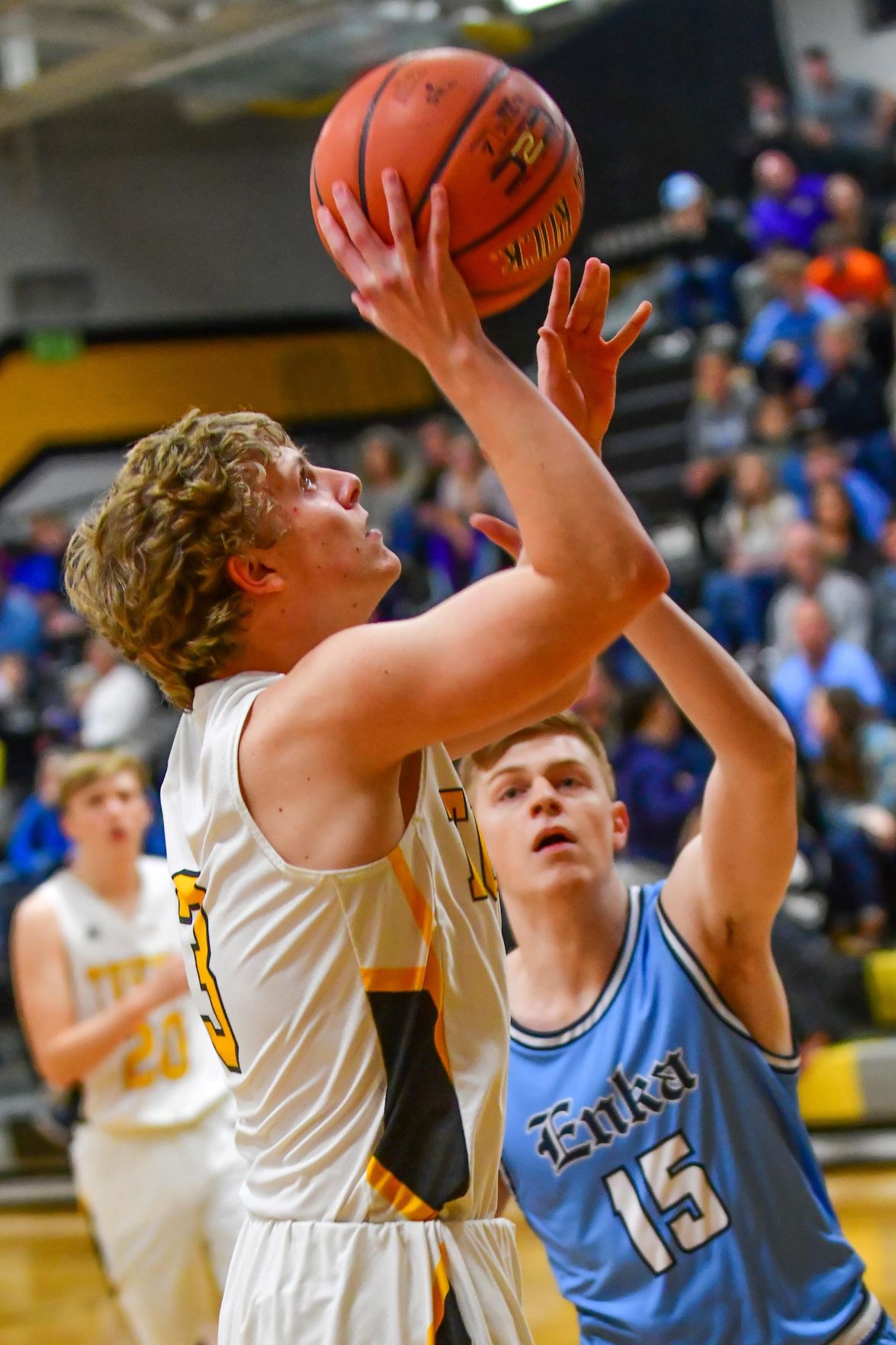 GOING FOR TWO — Luke Williamson takes a shot in this file photo. 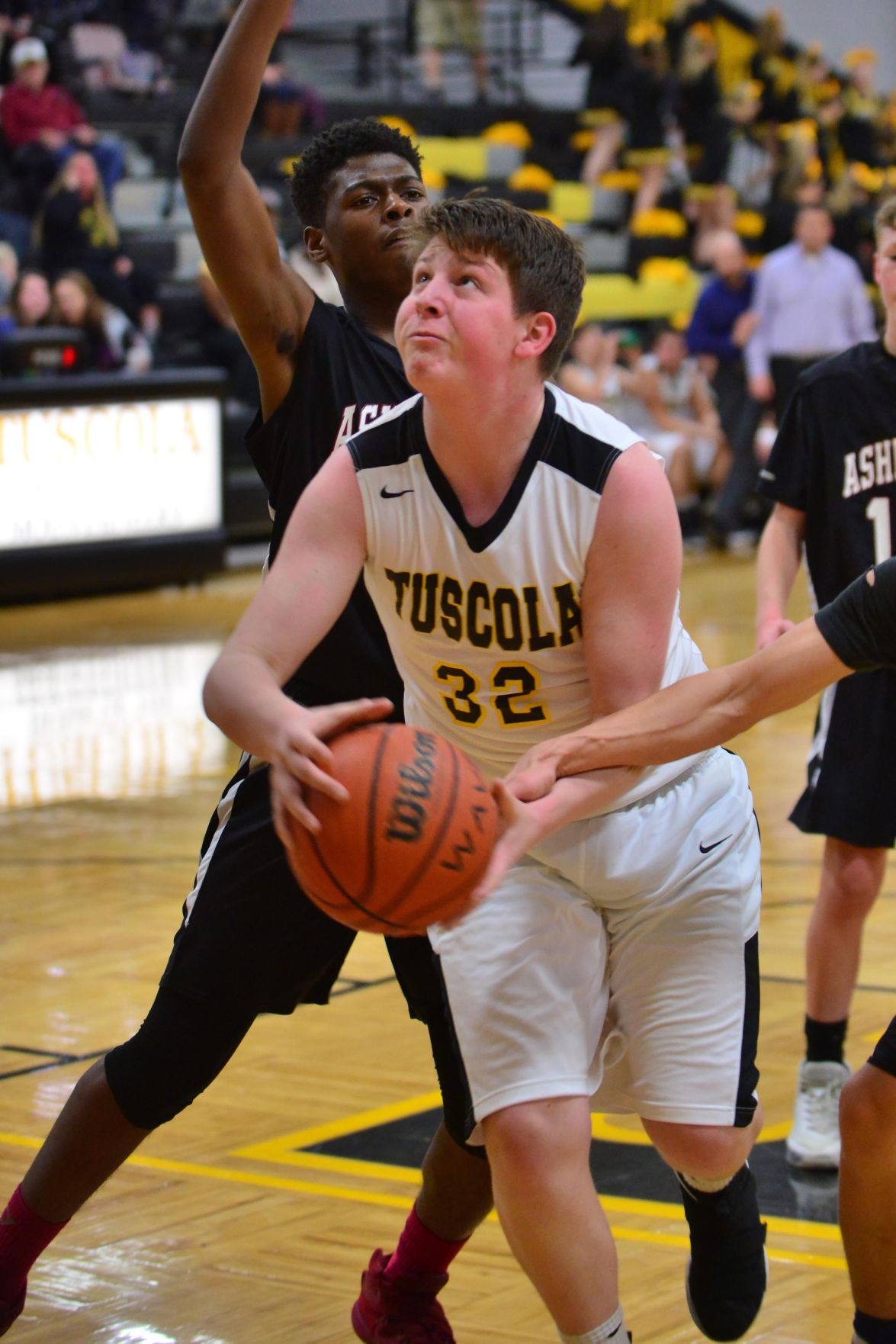 AN OPENING — Hunter Murphy escaped his guards to go for a shot in this file photo. 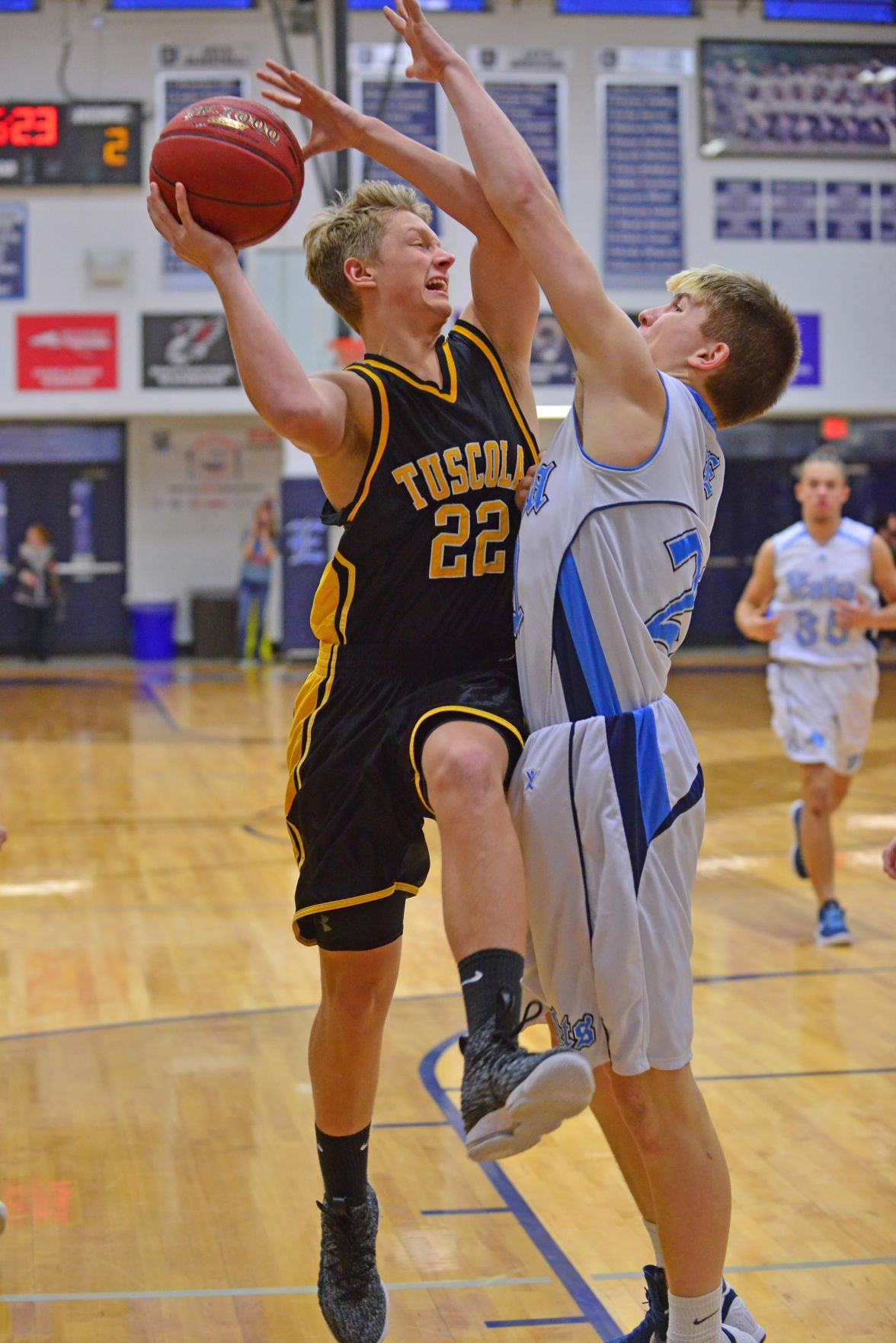 READY — Max Riester tries to avoid a block as he looks for an opening.

FOR 3 — Tuscola’s Trent Turner shoots a 3-pointer in this file photo.

GOING FOR TWO — Luke Williamson takes a shot in this file photo.

AN OPENING — Hunter Murphy escaped his guards to go for a shot in this file photo.

READY — Max Riester tries to avoid a block as he looks for an opening.

Men’s basketball will return for the 2021 season on Jan. 4 where the Mountaineers will be led by Tuscola High’s longest tenured coach, Nathan Messer.

Entering his 11th season, Athletic Director Michael Belue said of Messer, “He is great to have around, especially this year to help with all the new challenges 2020 has brought.”

So far, coaches and staff alike have praised the resilience of the student-athletes in practice as they have adjusted to new protocols and schedules.

Wearing masks is required for indoor sports and Belue notes that team members are doing a great job following the protocols and guidelines.

“We are all doing what we have to do to get back on the court and to play safely,” Belue said.

Messer’s experience at the helm of the men’s basketball team will no doubt be an asset for the upcoming and unprecedented season.

In the past two seasons, the team has lost its highest scoring players each year. This year Coach Messer told the team it would be a challenge.

“But a fun challenge, I think,” he said. “We are going to get to see different boys stepping up each night, and I think that’s a fun thing for the whole team. We will have to find different ways to score.”

“We’ve always had someone step up,” Messer said. “Each year, we didn’t know who it would be but someone has always stepped up. This year it’s going to be more of a team effort. ... We are working to fit together the different pieces of this puzzle.”

Messer is hoping to especially rely on the five returning seniors: Trent Turner, Luke Williamson, Blake Reid, Hunter Murphy and Max Riester. With their leadership and contributions from all of the players, The Mountaineers believe the season will be a success.

The team looks different this year and so will the games. With only 25 people being allowed in to watch the games in person, both Belue and Messer noted how important it is for the team to see that folks are watching online. All games will be available by going to Tuscola Athletic’s YouTube page.

Another way games will look different is the mandatory “mask break” at the 4-minute mark in each quarter. The games will be stopped for a 1-minute break for players and officials to get some water and pull down their masks (which are required at all other times) from a distance.

“It’s going to be like an extra timeout,” Messer said. “We are going to enjoy figuring out how to use this break to our advantage as we will basically get four extra timeouts each game.”

While the pandemic has made a lot of things harder, one of the positives has been the team chemistry.

Since football has been postponed, all of the players have been able to practice together for several weeks. Messer said there is an added sense of accountability among the players, they are all willing to call each other out and make sure everyone is giving 100% effort.

“I’m looking forward to this season and think the boys are as well,” Messer said. “There are eight guys who could see significant play time and that could also change in a moment. It’s going to be a challenge but one that I think we are all looking forward to.”

Teams across the conference are all facing similar challenges: monitoring players’ health, playing without fans, adjusting to playing with masks and more. However, one thing can be sure Messer said, “The players are going to give it their all and we are just excited to be back out there playing again this year.”

Tune in on Tuscola High School Athletic’s YouTube page to watch the games.

Belue said that a link to give a donation will be added soon. Without ticket sales, which are the primary source of the budget for each team, any support will help the teams stay safe and succeed.