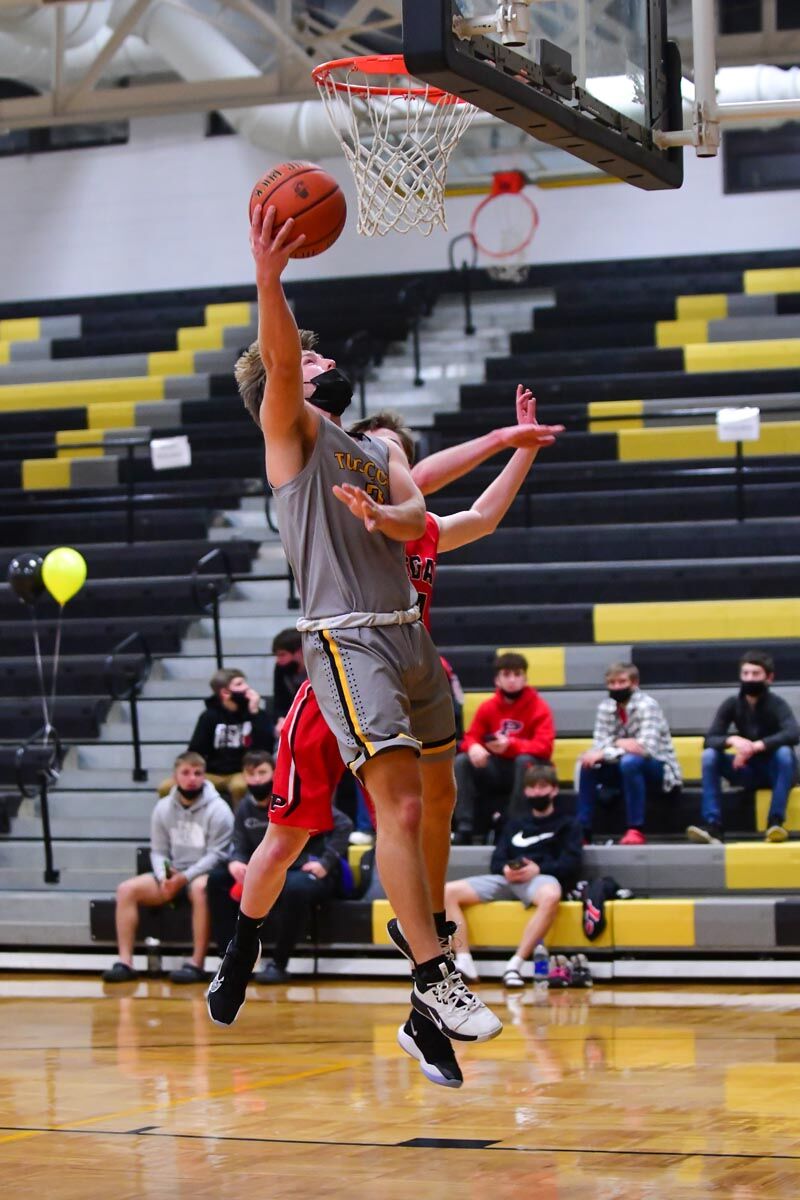 LAYUP — Jett Benson goes in for the shot. 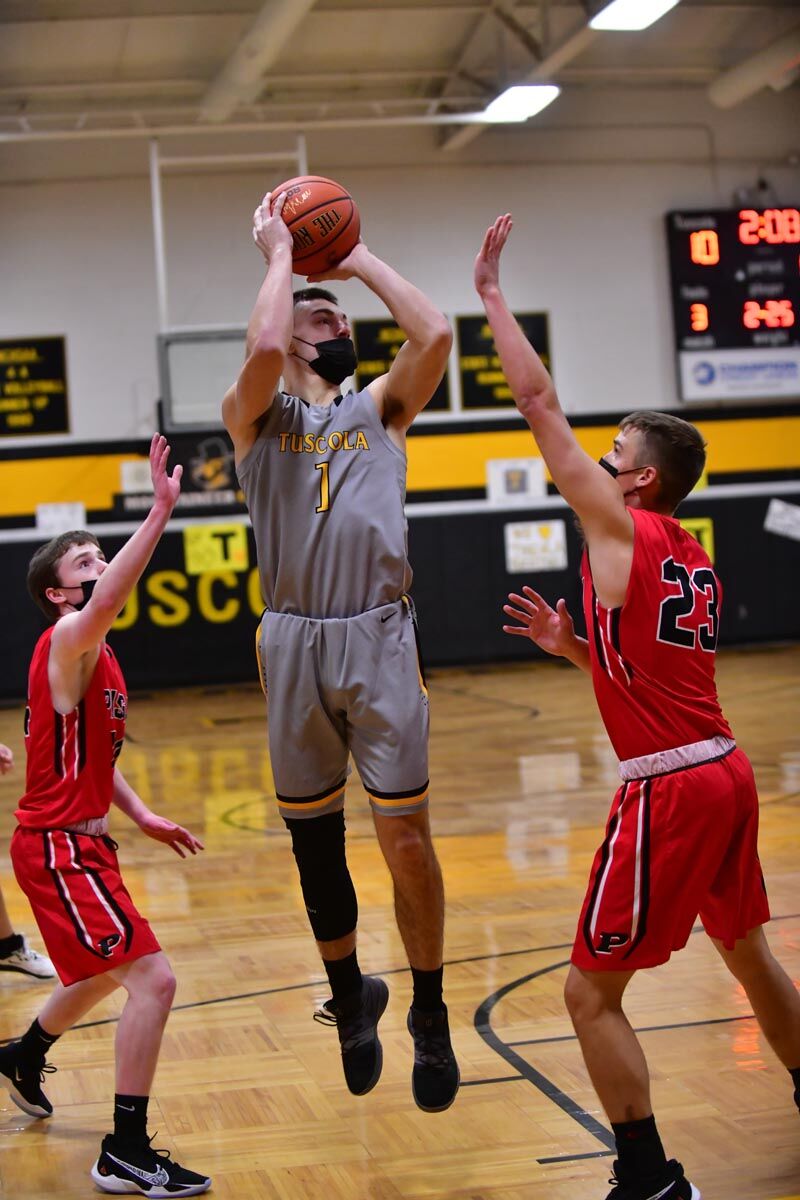 MAKING A SHOT — Jared Penland catches some air as he takes a shot.

LAYUP — Jett Benson goes in for the shot.

MAKING A SHOT — Jared Penland catches some air as he takes a shot.

On Wednesday against Asheville High, the Mountaineers found themselves down 73-61 with just over three minutes to go. But Tuscola would not surrender another point. With energetic defense, quick fastbreak scoring and hard-earned rebounds (49 total in the game), the comeback was on.

Still trailing by eight with only 90 seconds to go, the team began pressing aggressively on inbounds and every Asheville High possession — forcing turnovers and quick break points. With just more than 30 seconds to play, a critical foul call against Asheville High allowed Trent Turner to seal the game, making both of his foul shots to put the Mountaineers up by the final score of 74-73.

In each game, the win was made possible by eight different players getting on the score sheet. While in years past the team has relied more heavily on one or two key scorers, this year it will have to be more of a team effort as the Mountaineers proved in their first two games.

“We are going to have to be adjustable in every game we play,” said head coach Nathan Messer. “We can’t just go out there with one game plan. We have to play our game but see what the other team is doing and make adjustments on the fly.”

The efforts were led by Turner, who scored double digits in both games combining for 29 points. The whole team is contributing exactly like Coach Messer has asked.

“We played four quarters just the way we wanted,” Messer said. “We played with athleticism and with our brain. It’s going to take a team effort like that in every game this season.”

Matching Turner’s great scoring were sophomore Jett Benson and junior Jared Penland, who both scored in double digits each game.

Benson was responsible for a team high 11 fourth-quarter points in the dramatic comeback against Asheville on Wednesday night.

Attendance at games is limited this year, leaving most of the gymnasium empty during the games.

“The team and my players are responsible for bringing their own energy to the games this year,” Messer said. “We have two great assistant coaches who are constantly trying to pump them up. We have to sort of create what I call ‘false energy.’ Meaning, we have to try to catch a spark that will carry us throughout the game.”

In both wins so far this season, the energy was anything but false. All 11 players on the roster have bought into what is possible in this season that looks like nothing ever before. Perhaps they’ve even taken a page out of their coaches playbook who says he can’t hear anything — fans, announcers, cheerleaders — while he is game mode. He is 100% locked into each and every play, and his players seem to be as well through the opening two games.

The 2-0 Mountaineers will hope to continue their great run as they take on Erwin at home on Jan.12 and will travel to North Buncombe on Jan. 14.

Continue to show your support by watching the games that are all available on the Tuscola Athletic’s YouTube page.