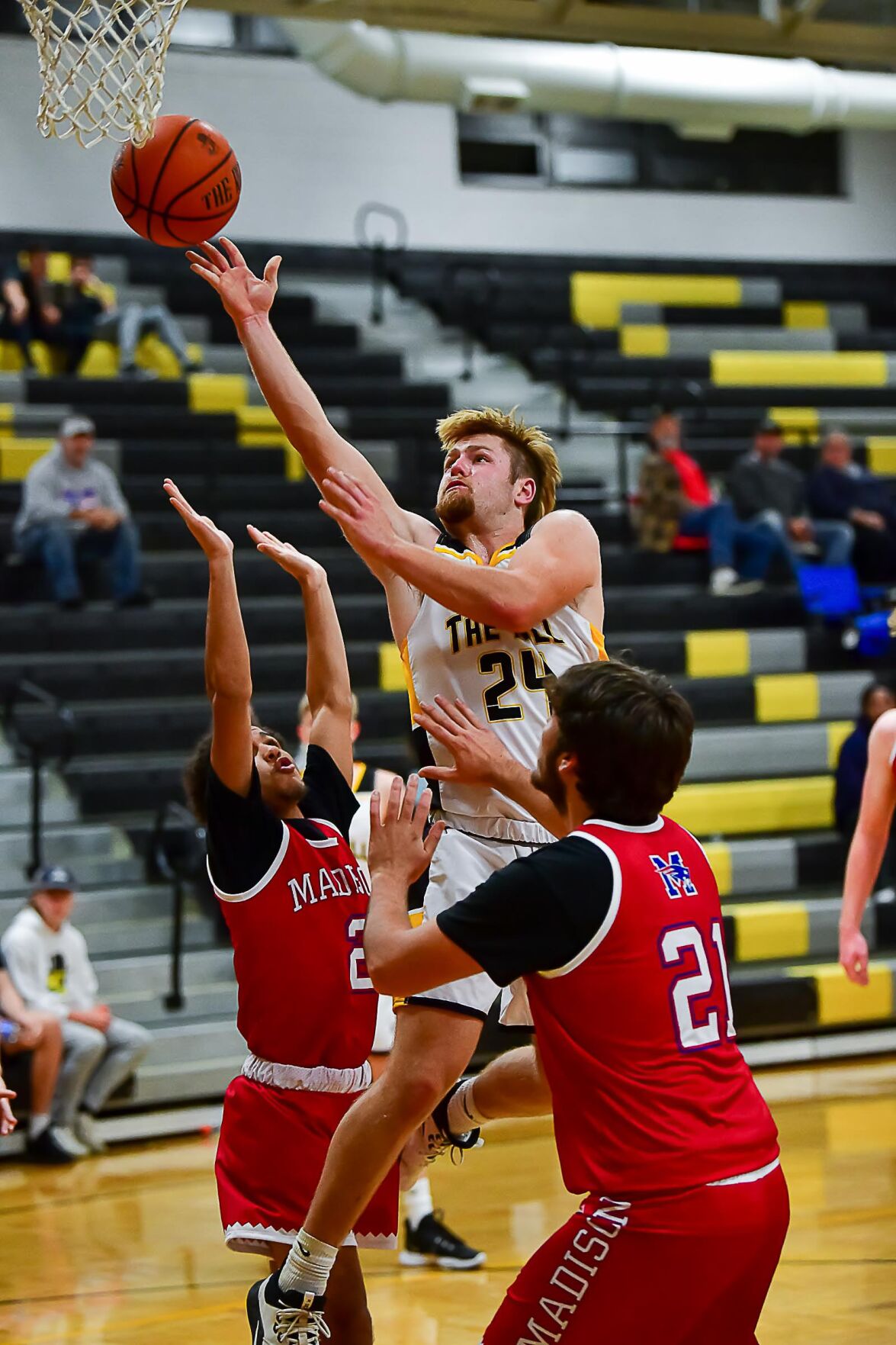 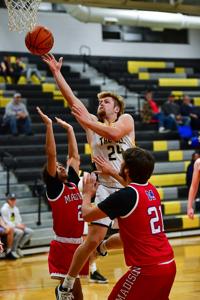 TWO — Jett Benson goes up between two Madison defenders to notch a deuce. Benson contributed on offense and defense to help the Mountaineers to a 81-58 victory over visiting Madison High School 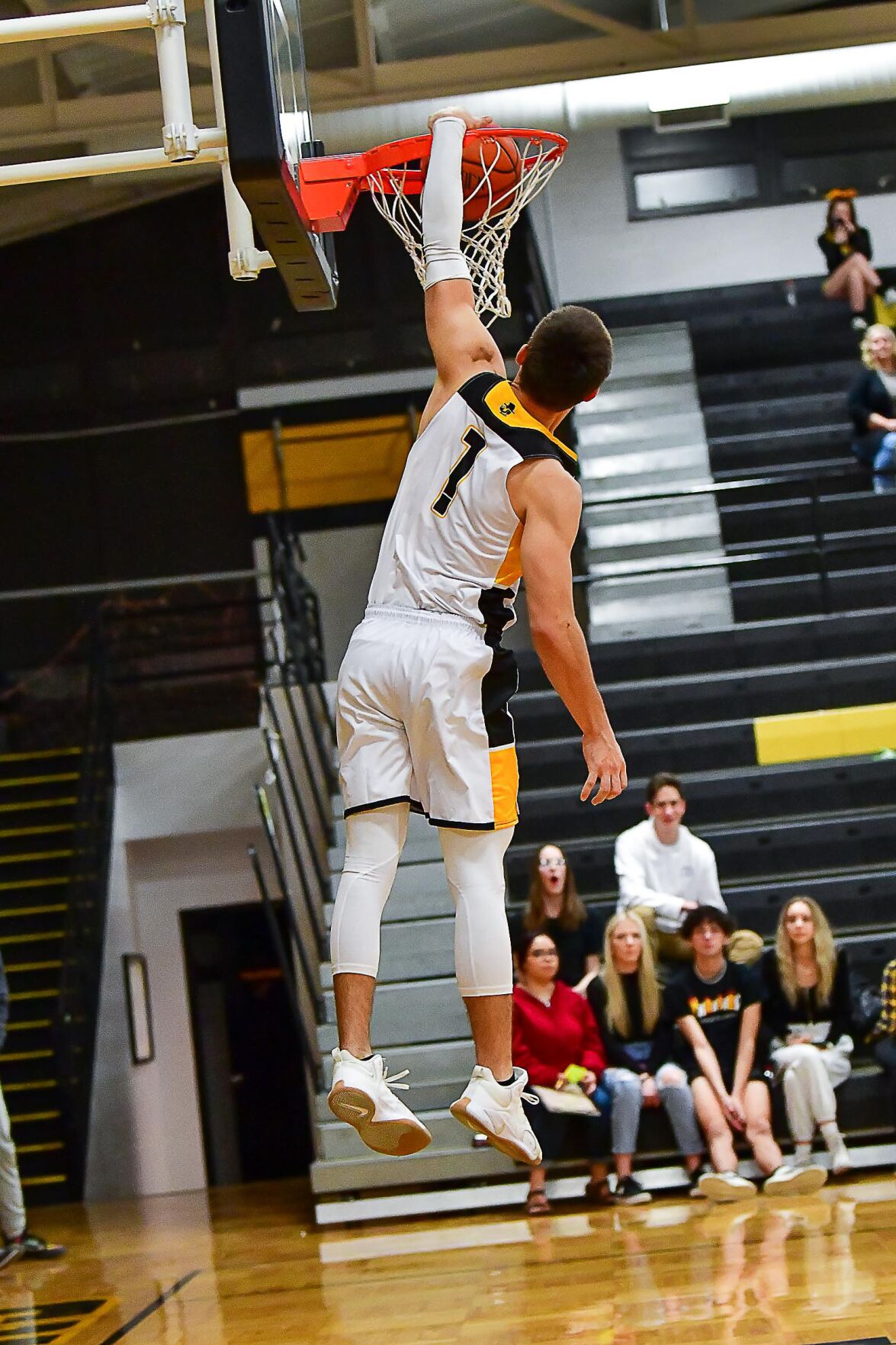 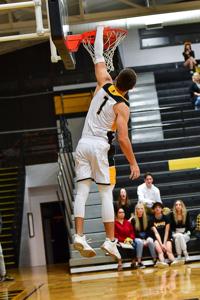 THE DUNK — Jared Penland dunks to seal the victory over Madison High in the season opener. 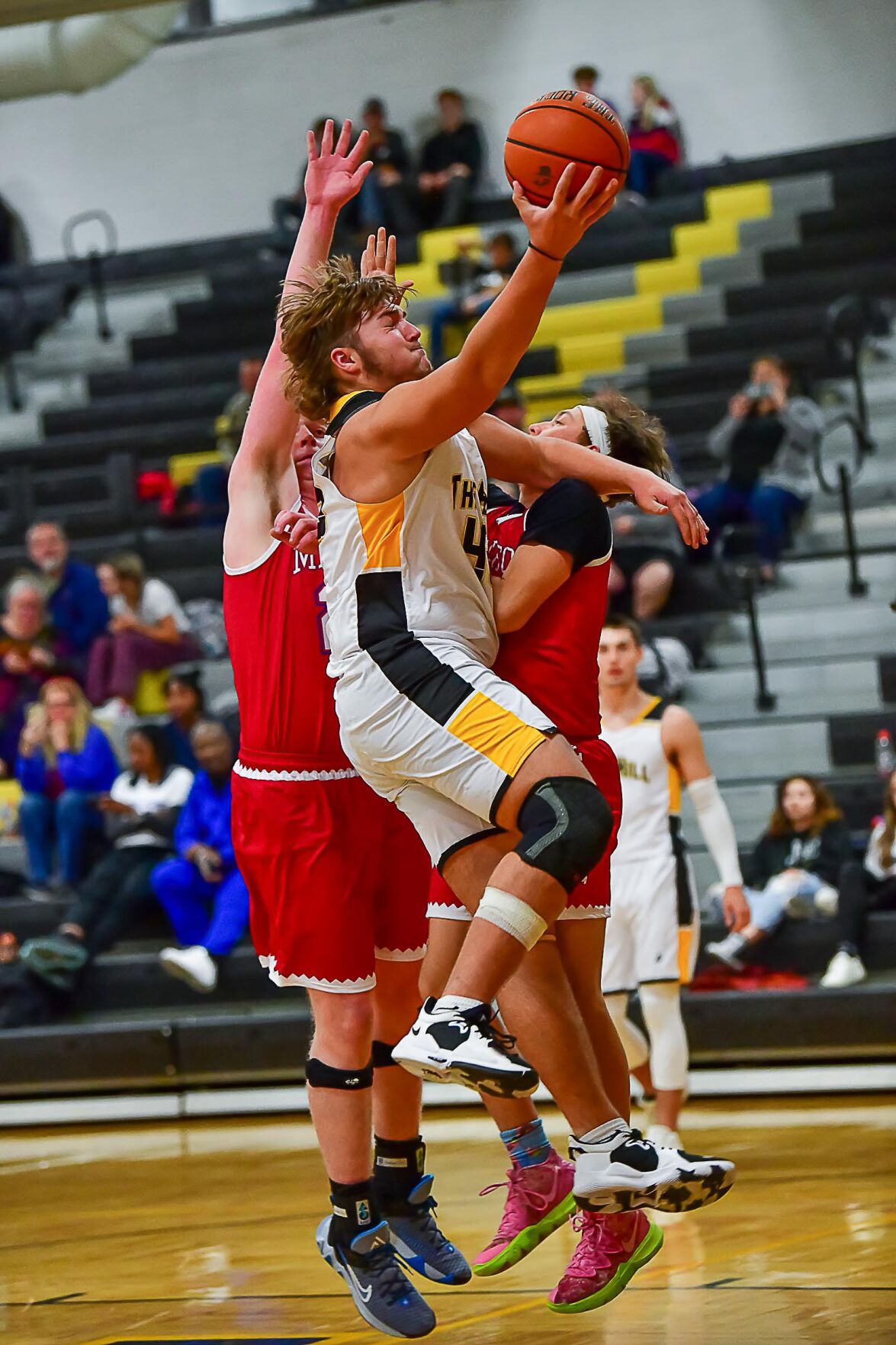 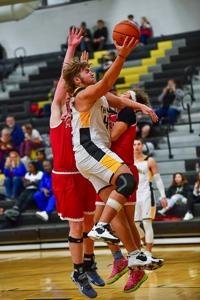 NO LOOK —Senior Jacob Broom scores a no look basket in the Mountaineers 81-58 victory over Madison High School. 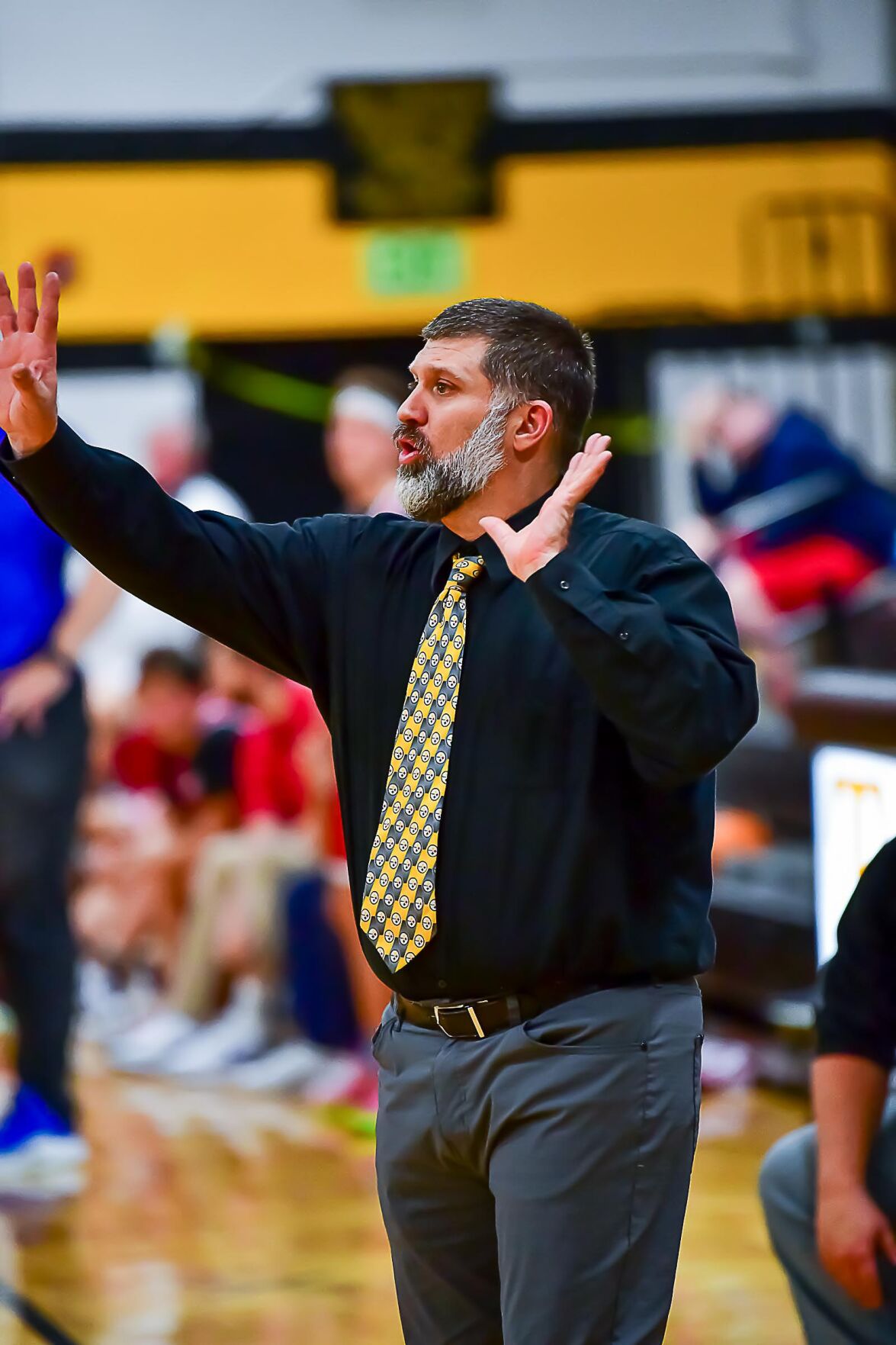 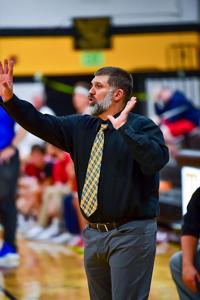 TWO — Jett Benson goes up between two Madison defenders to notch a deuce. Benson contributed on offense and defense to help the Mountaineers to a 81-58 victory over visiting Madison High School

THE DUNK — Jared Penland dunks to seal the victory over Madison High in the season opener.

NO LOOK —Senior Jacob Broom scores a no look basket in the Mountaineers 81-58 victory over Madison High School.

The Tuscola boys basketball team had a successful season opener against Madison with an 81-58 win on its home turf Nov 23.

Both teams are coming off disappointing seasons last year. Madison finished 4-8, fourth in the conference. Tuscola finished 6-8, good for a sixth place finish in the old Western Mountain 3A conference.

This year’s team is anchored by seniors Jared Penland, Jett Benson and Jacob Broom. Promising guard play by sophomore Peyton Ollis and Dominick Messer will bring outside speed to the lineup. Broom, a 6’4” power forward, will help inside.

The Mountaineers opened the game with a quick lead and established a fast pace that led to a 21-14 opening session.

The second and third quarter were a stretch of trading baskets and neither team could establish an upper hand. By the end of the third quarter, the score was 52-45, prompting Head Coach Nathan Messer to fire up the team. In the fourth quarter, the Mountaineers put away the Patriots with 29-13 for a final win at 81-58.

High scorers for the game were Penland and Benson.

Coach Messer said he was pleased that the team responded to his fourth-quarter defensive message. One of the most notable aspects of the game was the intensity level. The Mountaineers were diving and playing aggressively the entire game.

Coach Messer said that will be the norm for the team this season.

“We’re learning. We have some young kids having to step up and play roles they’re not used to playing,” he said. “But, it’s progress. We talked to our kids about ‘Do we want to be good now or be good later?’ We’re talking about be good later. So it’s going to take us a while to get to where we’re making things happen that we want to have happen.”

High energy play is what Messer said he expected.

“We practice that. That’s one of the things we try. Skill wise and the level we’re at, we know that we don’t have one ‘A guy’ that stands out above everybody else, but we everybody that’s going to hustle,” he said. “Everybody is going to do what they have to do.”

Both Penland and Benson are coming over to basketball after a successful football campaign.

“About 90% of my points came off free throws,” Penland said. “The locker room will make fun of me, but it was worth it. We have a really new team, a lot of young players, a lot of young talent. They really stepped it up, and we played as a team in the second half.”

Benson echoes his teammate’s thoughts about being back inside and was pleased with his team’s performance.

“We’ve been practicing hard lately, and we were ready for this home opener,” he said. “We finally started switching, they got some turnovers and we got some points off of that.”

Next up is an away game at Cocke County in Newport Tennessee on Tuesday, Nov. 30.