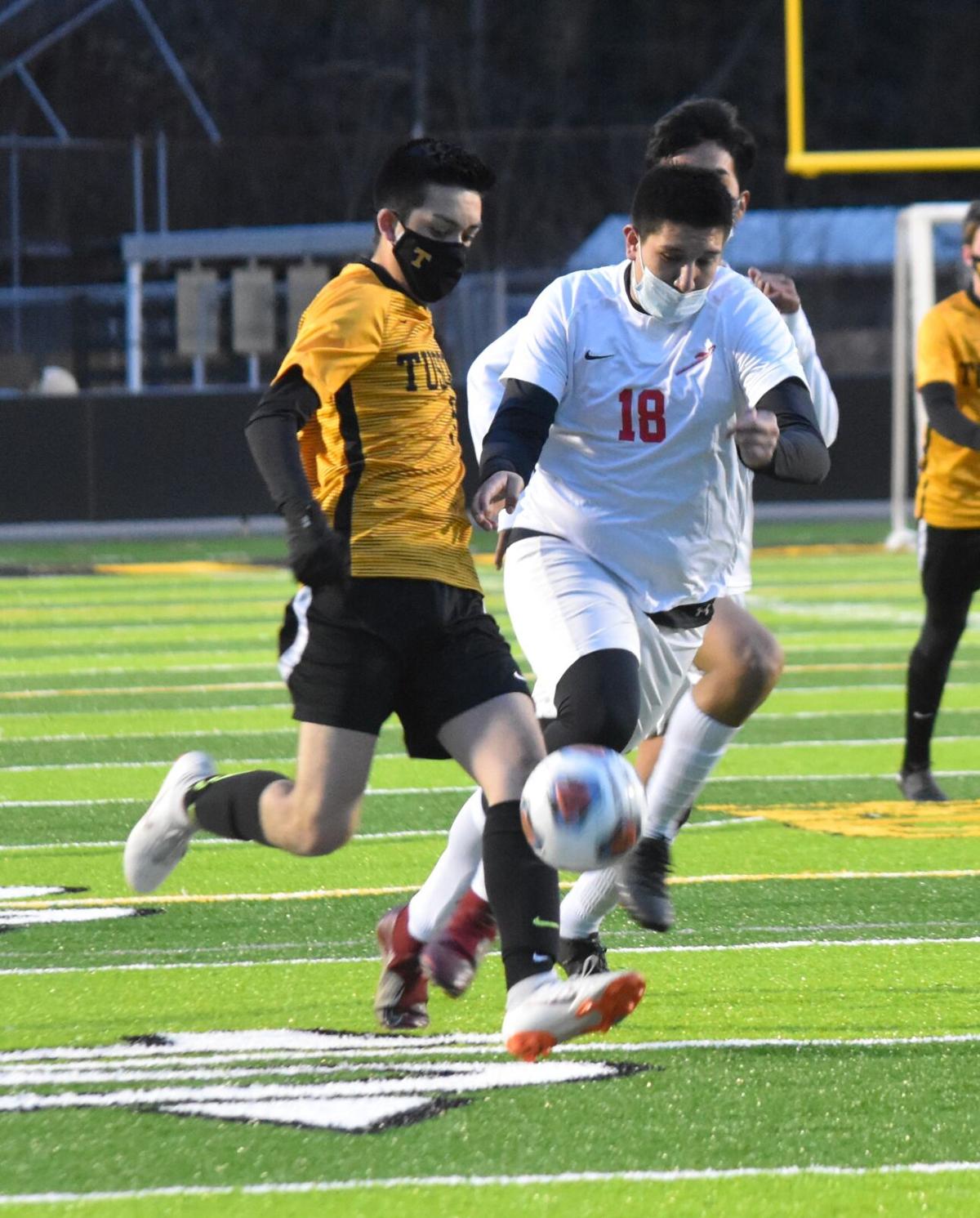 PUSHING FORWARD — The Mountaineers’ Emmanuel Aguirre gets ahead of Erwin’s Fernando Marin. 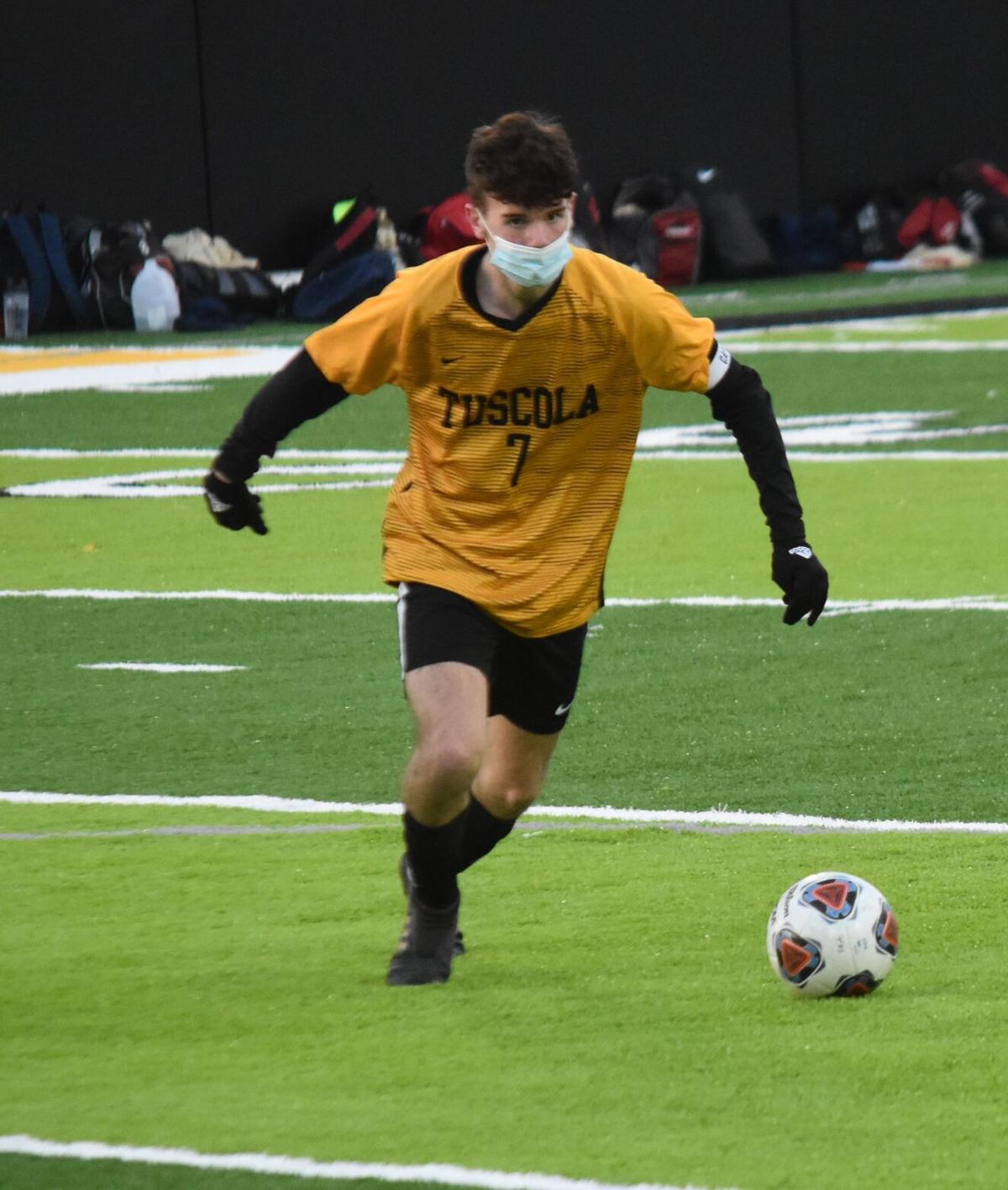 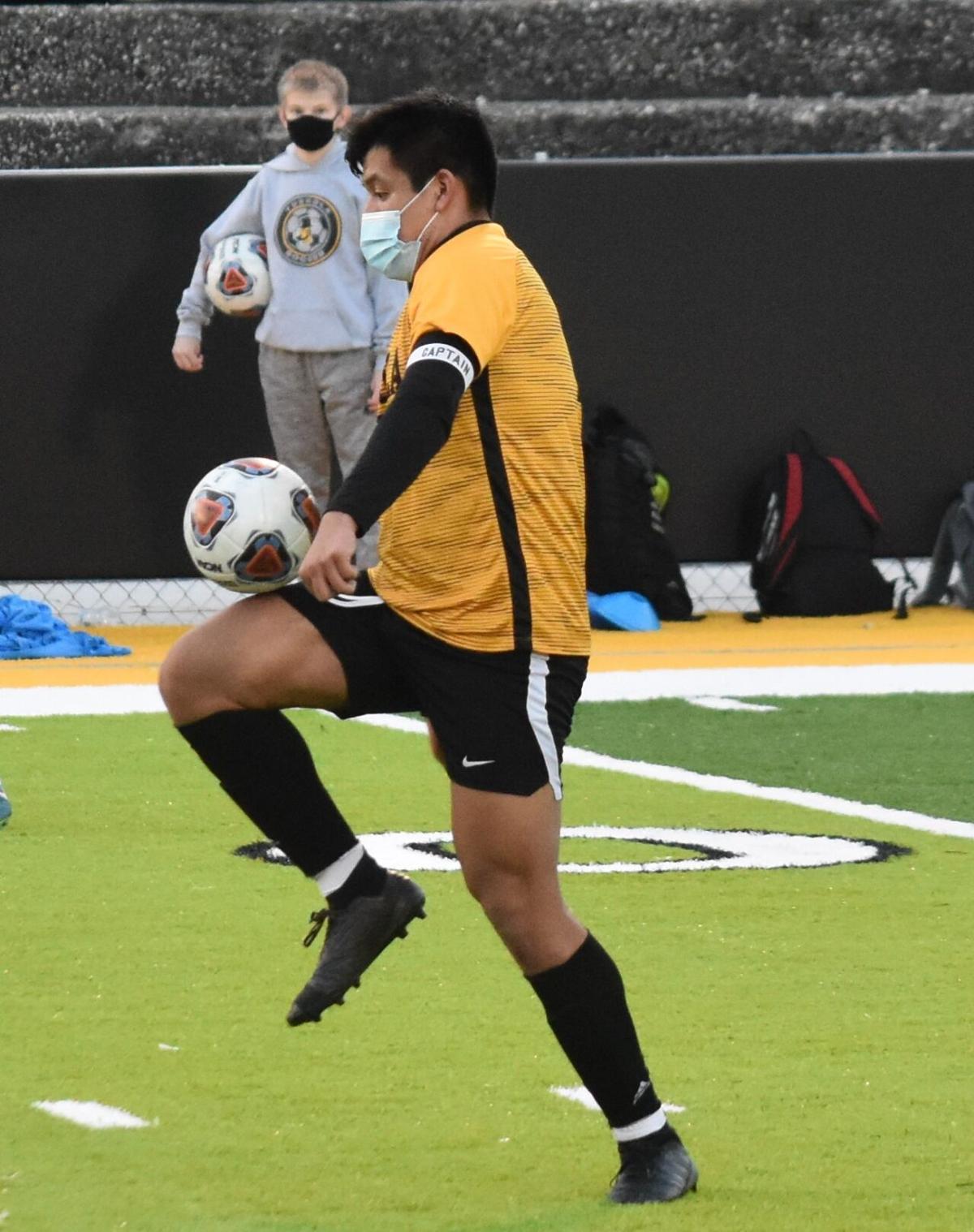 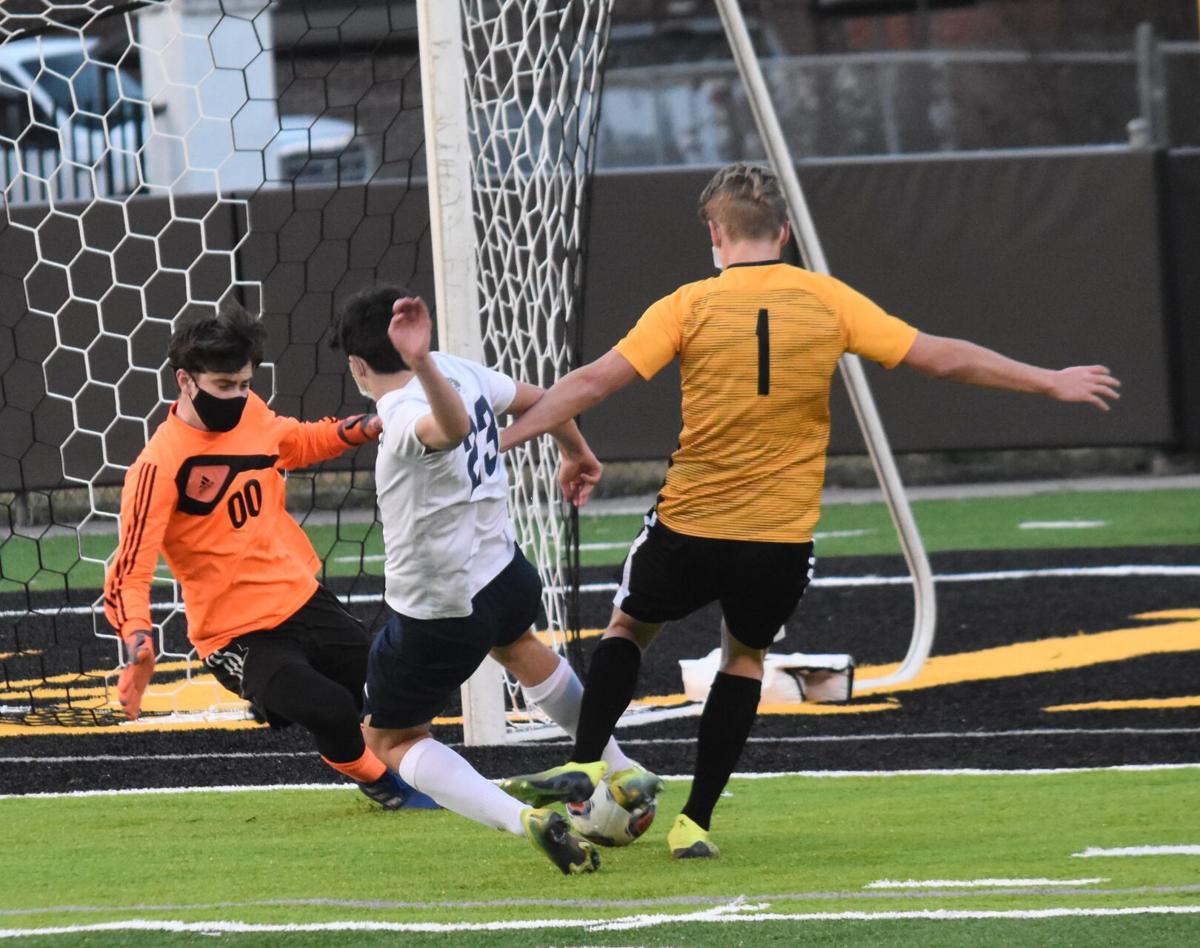 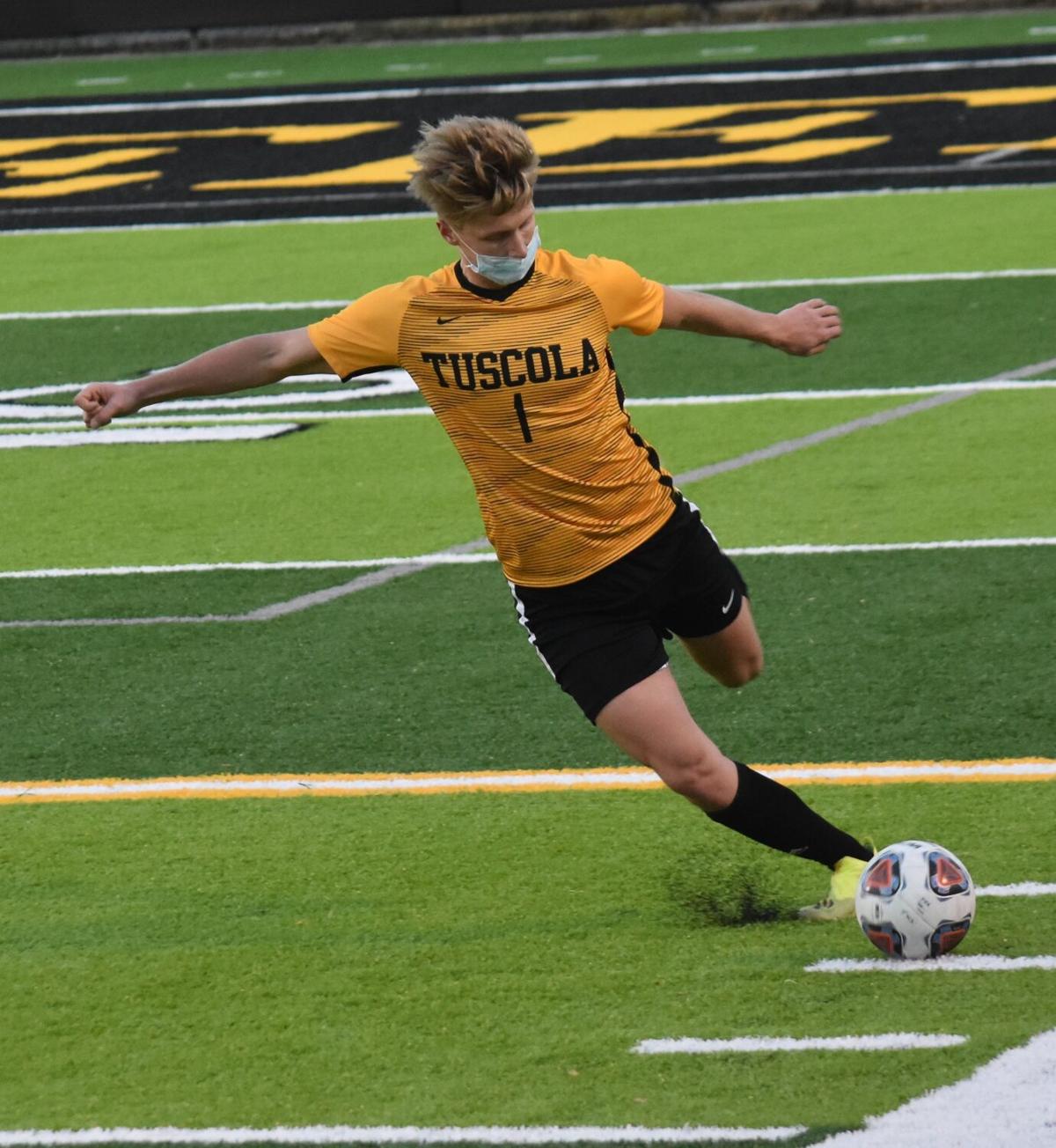 KICK — The Mountaineers’ Max Reister sets up a perfect kick. 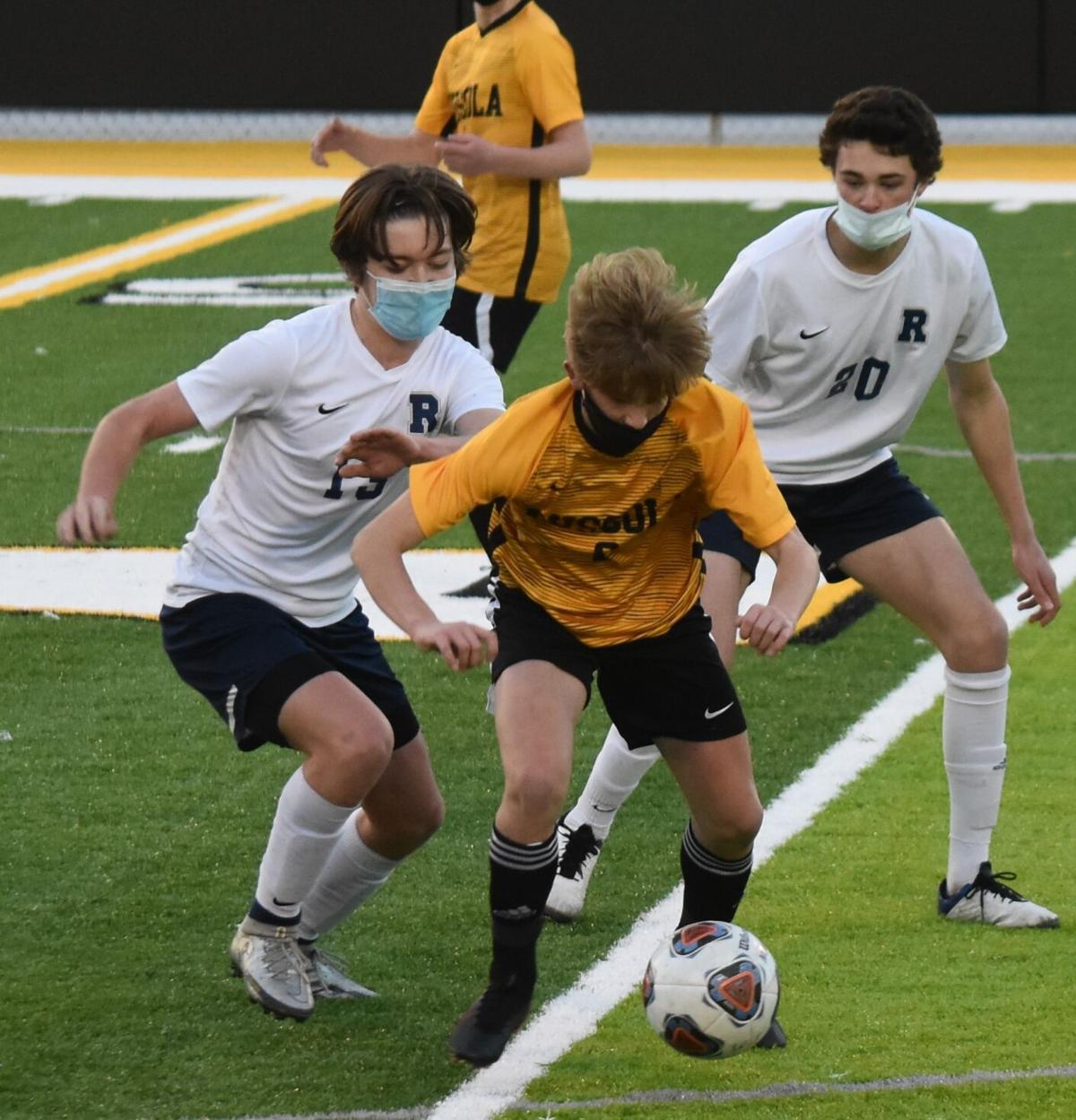 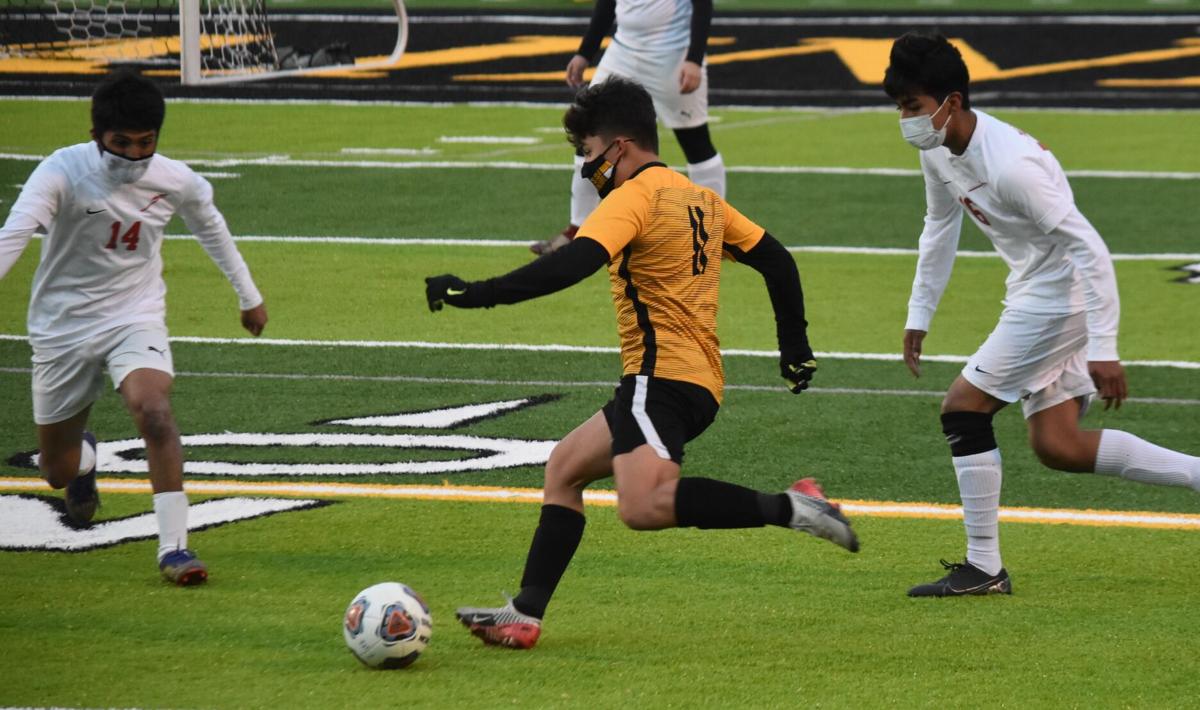 FROM THE MIDDLE — Tuscola’s Martin Tox plays between Erwin defenders.

PUSHING FORWARD — The Mountaineers’ Emmanuel Aguirre gets ahead of Erwin’s Fernando Marin.

KICK — The Mountaineers’ Max Reister sets up a perfect kick.

FROM THE MIDDLE — Tuscola’s Martin Tox plays between Erwin defenders.

Tuscola boys soccer settled up two matches on Feb. 5 and 9, including one makeup game that was rescheduled due to inclement weather.

In the first half of the match, Tuscola and Erwin traded possession as they traveled up and down the pitch. At half-time, the score was 4-3, Warriors.

The defensive squads, anchored by the goalkeepers, prevented any goal scoring in the second half.

Goals: Sam Denes-Bautista scored a haul of four goals, and was the sole scorer for Erwin.

In total, Tuscola had 17 shots on goal, with a flurry of shots in the final three minutes of the game, keeping the Warriors’ defense and goalkeeper on their toes.

Goals: Worley scored a penalty kick as a result from a handball in the box. Tox (assist Mehaffey) fired a shot from the 25-yard line for a goal. Aguirre scored off a header pass by Tox.

Standouts of the Game: Tox, Sean Fitzgerald and Mehaffey were key contributors throughout the night for the Mountaineers.

“We came out right out of the gate on fire passing well, moving the ball well, and communicating,” said Tuscola Head Coach Ian Meeks. “Our transitions were seamless in the first 25 minutes. I think we relaxed a bit too much, which allowed Erwin to get back in the match. Second half we got back to our attack, but despite our chances couldn’t put one in the net. The boys fought hard to the end and I’m proud they gave us all their heart tonight on the field. It’s a tough loss to swallow, but we need to put it behind us.”

In the rescheduled match, Tuscola faced T.C. Roberson on Feb. 9 at Weatherby Stadium.

Tuscola was shut out and mercy-ruled at the 62-minute mark, with T.C. Roberson having scored seven goals in the first half and two in the second half.

The final score of the match was Tuscola 0, T.C. Roberson 9.

Goals and Assists: The following players had one goal and one assist, each during the match: B. Volkomer, Jack Cunagin, John Floyd, Josh Gerald and W. Turner.

Shots on Goal: Wes Leichssenring and Martin Tox each had one shot on goal.

Saves: Luke Wilson recorded 10 saves between the pipes against the flurry of shots and pressure of T.C. Roberson’s offense.

In five games, Wilson has recorded a total of 48 saves for the 2021 season.

Standouts of the Game: Alex Martin played solid in the back, helping take command of the Mountaineers’ defensive front, and Sean Fitzgerald passed well in the middle, showing poise and resilience with a talented rocket attack.

“We started the match the first 15 minutes solid with our movement and teamwork,” said Meeks. “I think after their first goal we got disorganized and the boys played overwhelmed. We just couldn’t get back in sync until the second half. At halftime, we agreed we needed to get back on track and changed our formation to get better control. We just need to combine a full 80 minutes of play as a team. Once we do that goals will happen as will wins.”