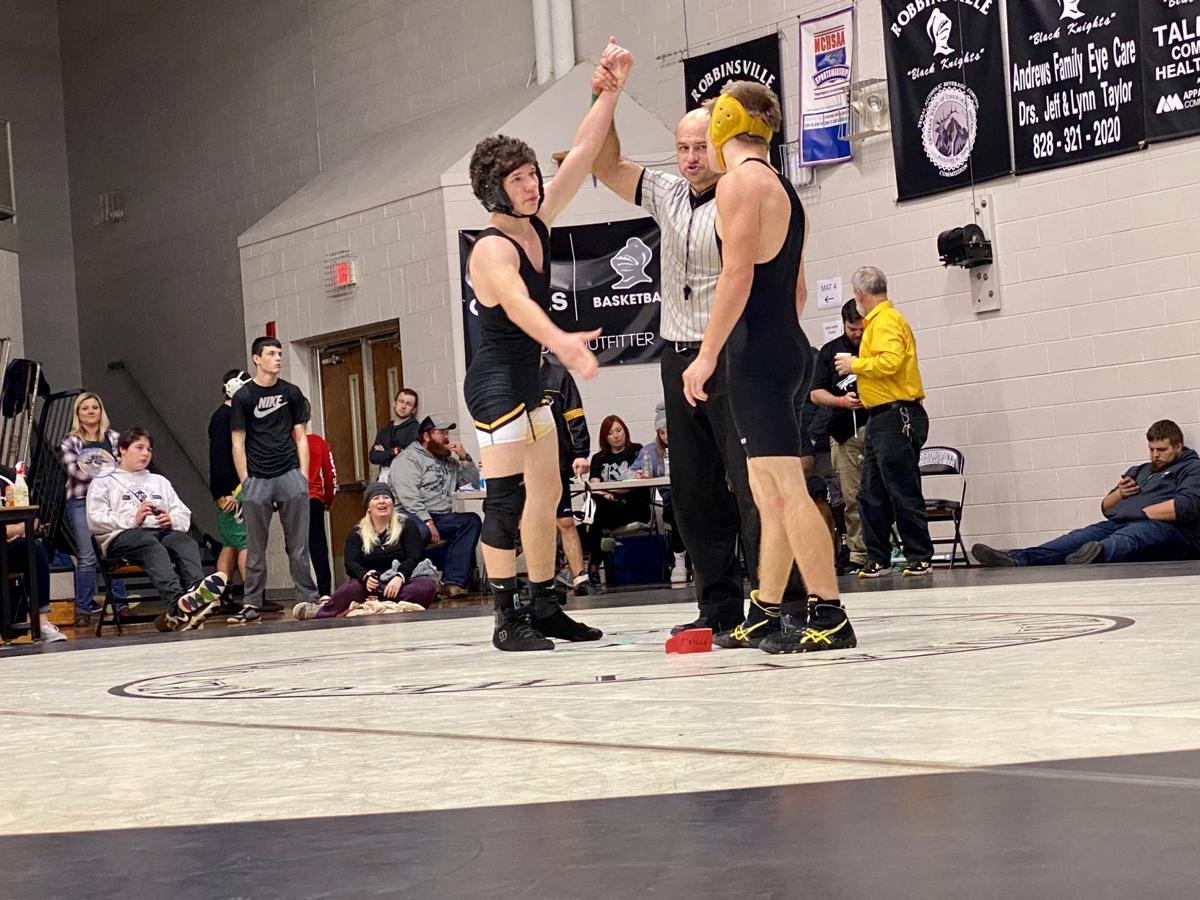 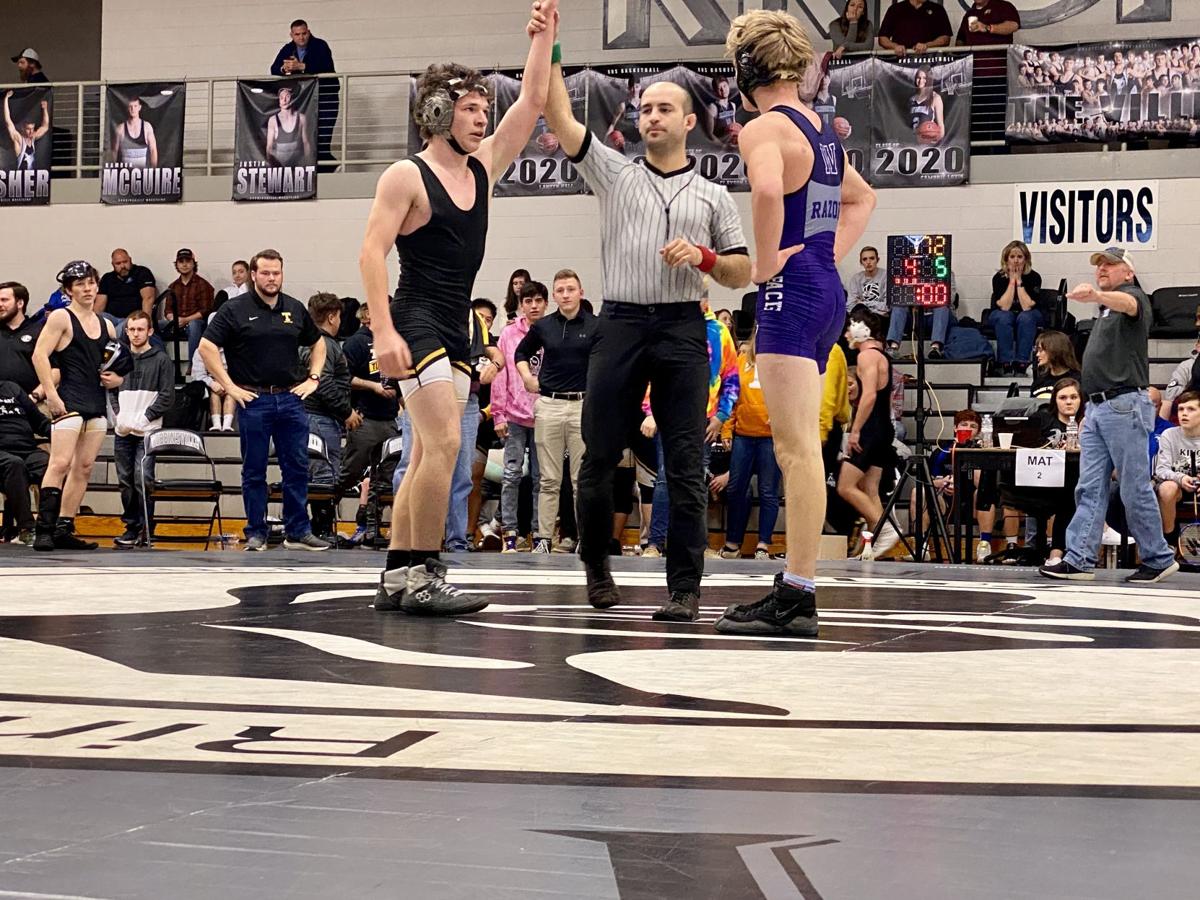 In 1992, Tuscola senior captain Stacy Woods fixed his eye upon winning a State 4A wrestling title at the Greensboro Coliseum at season’s end. In the course of his journey in wrestling for the Mountaineers, Woods had successfully met many of the goals he had set. He eagerly looked forward to his last season.

In his junior year, Woods befriended fellow 103 pounder James Orr of Robbinsville. James was a freshman. Their friendship and love of wrestling brought Woods into the Orr family, giving him the opportunity to stay with them for weeks at a time.

Like many sons and daughters of hard-working parents, Woods and Orr were similar. Both parents owned successful businesses in their communities. Woods and Orr began to show their potential too. The talented youths seemed to embrace the idea that they would do some things for wrestling in North Carolina.

As for Orr, he had a quest to never be defeated in a wrestling match again from his sophomore year onward.

“I have never before or after met a more talented person than James,” said David Haney, who coached Orr his freshman and senior years at Robbinsville and who also founded the Far West Invitational there in 1982. He never met a stranger. He had that hint of ability that can be only found in the great wrestlers of our time. James was responsible for talking Todd Odham’s mom into letting him wrestle on the team with him.”

Todd Odham is the current head coach at Robbinsville, and he renamed the Far West tournament the James Orr Memorial Invitational in 2002 to honor his dear friend. Indeed Orr revealed characteristics of a high-quality person, an intelligent worker and a hope of a bright future. Orr also had eyes for the State Title in the 1A-2A State Class. And maybe Woods too had that view of him during their friendship.

As the 1992 wrestling season unfurled Woods fell short of his goal by one point in an exhausting overtime match with an outstanding wrestler from 71st High School in Fayetteville. That wrestler won the State 4A title. Orr in turn finished his junior year undefeated and claimed his first of two State Titles in the 1A-2A class for his high school. James is one of Robbinsville’s first champions in that other full contact sport, folk-style wrestling.

In the years following high school and athletics Woods heard his calling and accepted the faithful message which he shares in his little mountain church in Haywood County. Woods remained close to James and they often talked about the wrestling days of old.

James died suddenly in Robbinsville at 28 years old. Filled with sadness for his friend’s family, Woods spoke at the funeral to the hundreds, if not thousands, gathered around the small mountain community. He spoke cautiously of the power of choice and about how roads so often diverge, leaving memories of friendships behind and lingering hopes for their friends lives, and that it is our chosen friends who are friends forever no matter what. Athletics and common interests had brought them together.

The Robbinsville tournament, now know as “The James Orr”, is in the 18th year. The event is renowned for the quality of competition and commonly books 15 teams from North Carolina, Tennessee and Georgia.

The weekend of Jan. 18, the Tuscola wrestling team placed as runners up there. Gavin Tannerhill claimed the 145-pound championship, senior Joseph Hernandez hammered his way to second at 220 and the explosive Taylor Boger lost to his Robbinsville opponent at 106 pounds in the finals.

Last year’s finish for the Mounties was a mere sixth place and did not satisfy head coach Kyle Katz. This year they placed behind Swain high school and barely bested the host team by a slender .5 points.

The following week of January competition was dominated by Tuscola as the team defeated WMAC Conference foes Clyde A. Erwin, A.C. Reynolds and won nonconference bouts with Brevard and Smokey Mountain.

Katz reflected on the week’s work.

“Since Jan. 14 the Tuscola Wrestling Team has won four straight dual meets and they also had an amazing performance at the Robbinsville tournament, placing eight wrestlers out of the 14 weight classes,” said Katz. “(They were) led by Gavin Tannerhill winning first for the second year for Tuscola. The coaching staff and I are holding the team accountable to work hard, stay positive and have fun and it’s showing on the mat.”

This Tuesday Tuscola wrestling meets rival Pisgah in the Bears’ gym at 5 p.m. and anything goes for county pride but many of the wrestlers are friends to each other. Pisgah has a solid reputation and is a well-coached team under head coach Ryan Gibson. They will be formidable with several state qualifiers anchoring key weight classes.

Finally, a word should be said for the young people of our county, in all sports and of all ages, who dedicate their young lives to hours of practice and, in today’s world, often to pledges of friendship and lasting commitments to each other. We who support youth athletics can in turn offer them inspiration to make a future of the everlasting value of Friendships made while playing sports.

This article was written and published before Tuesday night’s match against Pisgah.