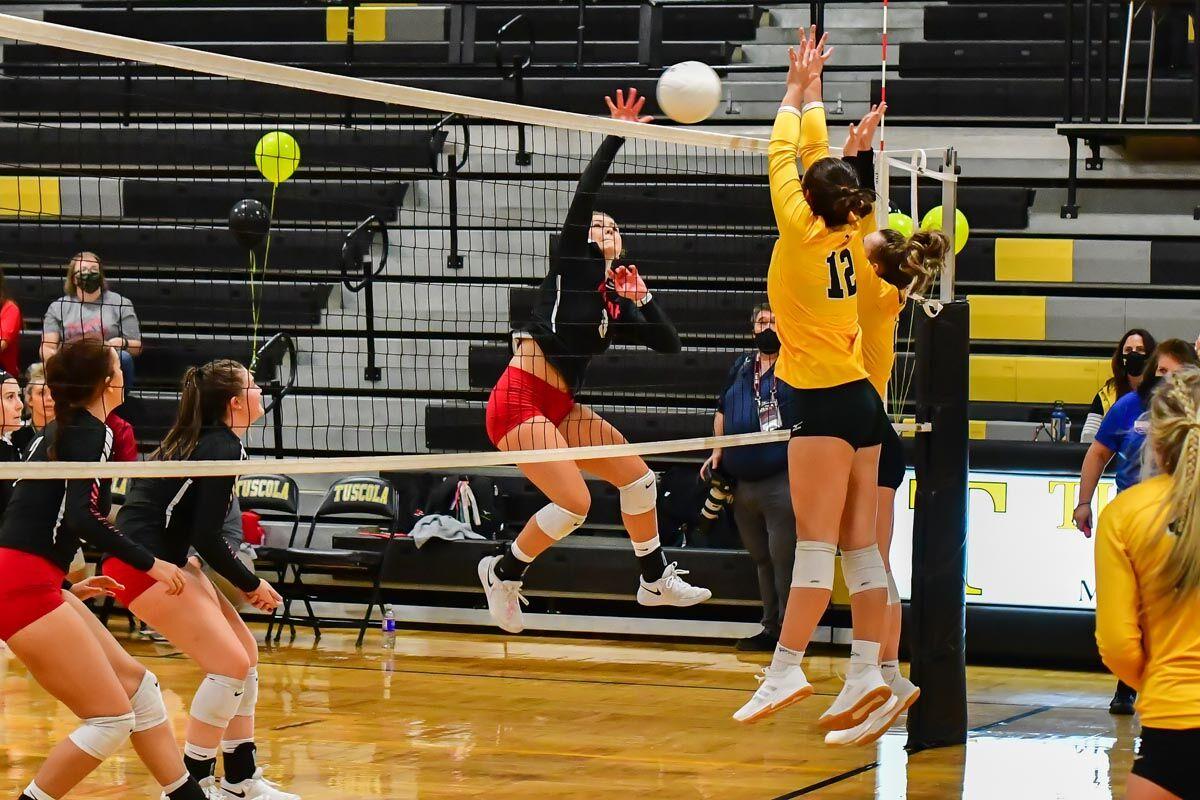 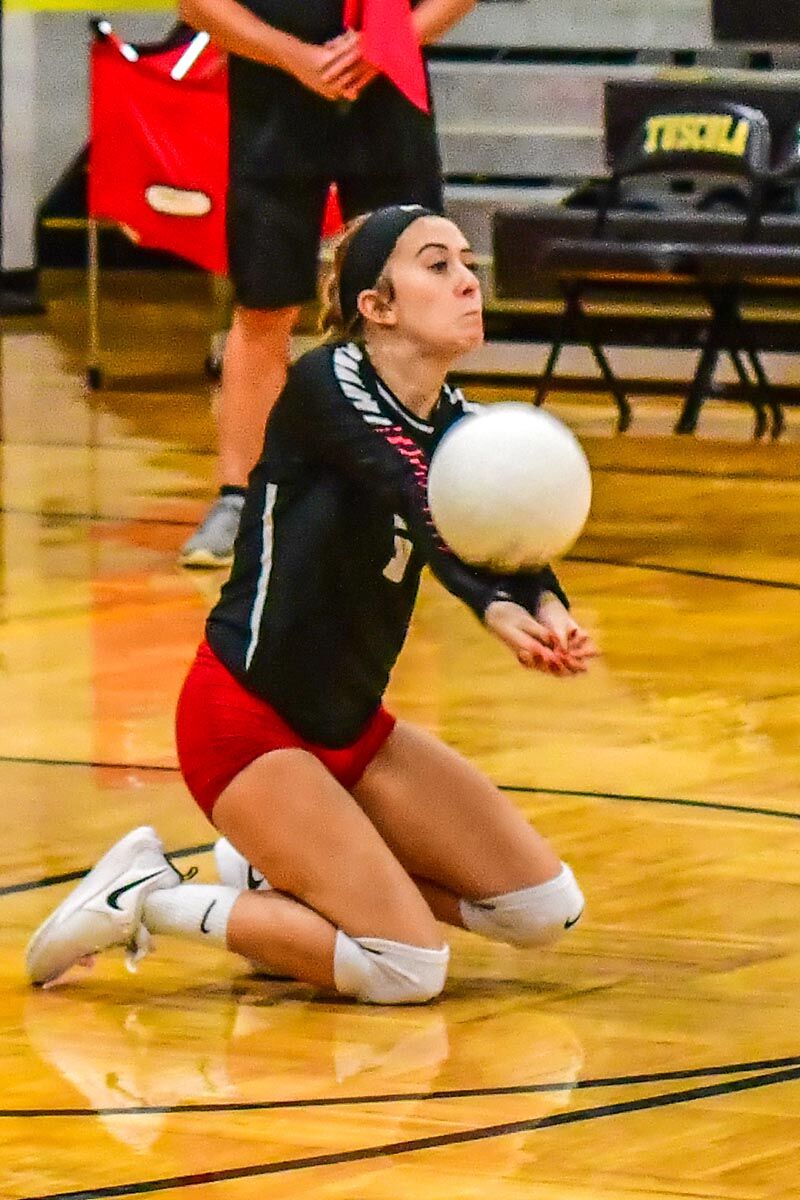 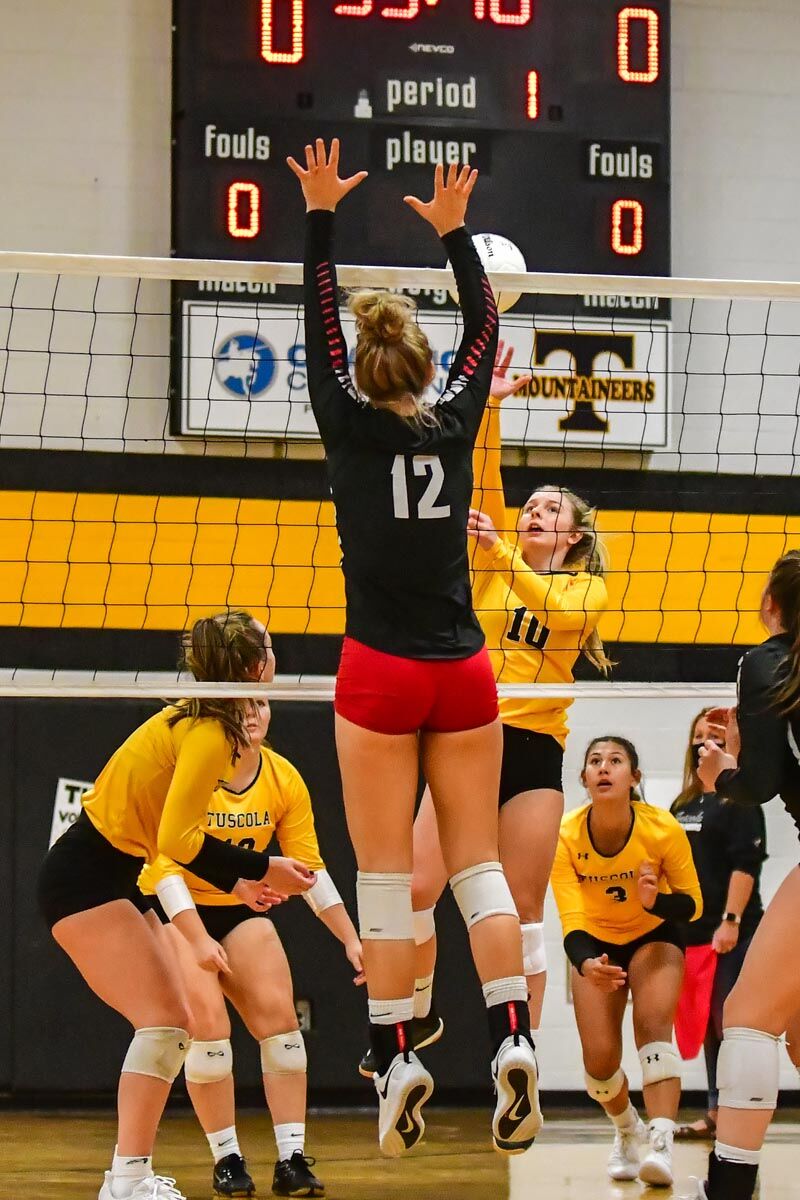 CAUGHT IN ACTION — Tuscola’s Abigail Webster is shown at the net. 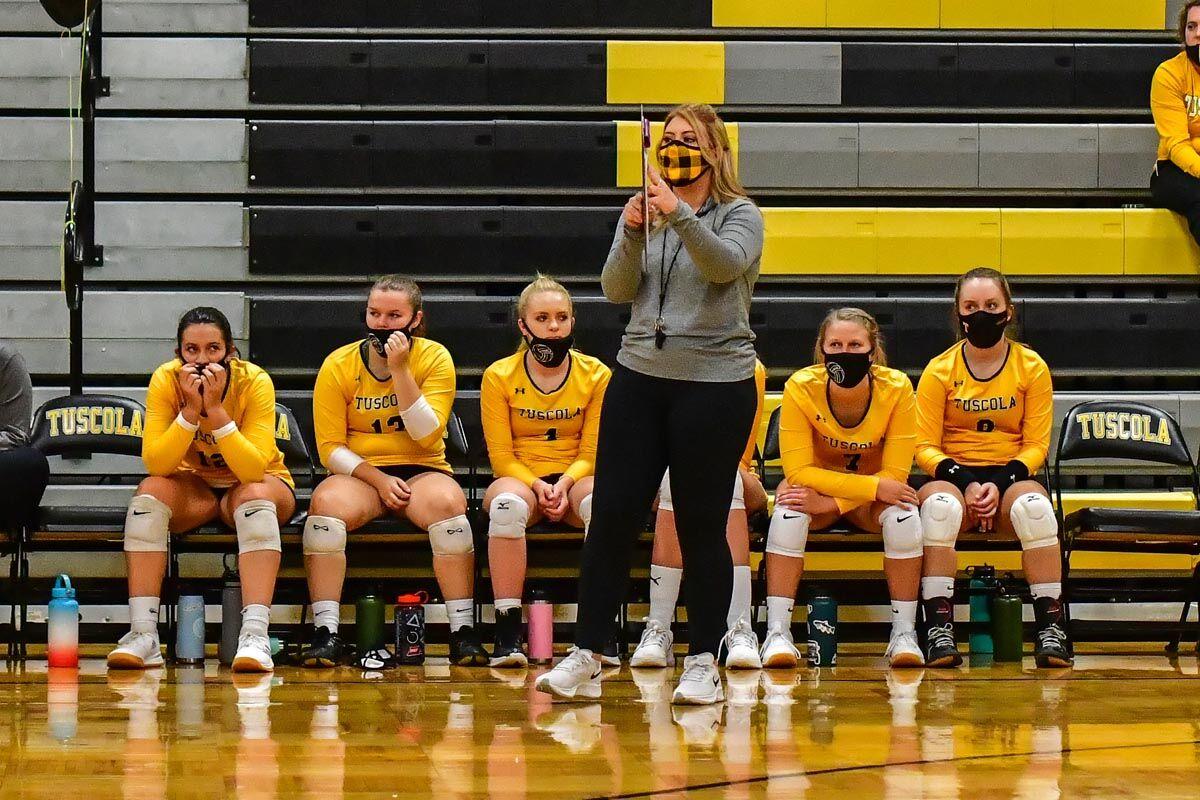 CAUGHT IN ACTION — Tuscola’s Abigail Webster is shown at the net.

But while volleyball and cross country teams are now allowed to compete against other schools, things will still look much different from normal, and the future is far from certain.

Most notably, Tucker reiterated the fact that anyone participating in any indoor athletic activity must wear a mask.

Tucker began by acknowledging that COVID-19 cases are increasing statewide.

“We knew this was going to happen because the doctors and researches have been telling us that once we get toward start of winter we’d encounter some difficulties,” she said. “We’re there now.”

Cases have even been identified within some high school athletic programs — programs that have since been directed to quarantine.

“These positives occurred without a mask mandate,” she said of those programs.

Tucker discussed the decision made last week that requires athletes working out or competing indoors to wear a mask, even during volleyball matches.

“The exception is for students who have medical conditions that the wearing of mask would prohibit their play,” she said.

Tucker noted that teams found to be in continued violation of the rules will face action, although she didn’t specify what that action might look like.

The next sports to begin will be swimming and diving. Teams will begin competing in early December, meaning they can practice next week.

“All other sports are out of season at this time,” Tucker said.

This means other sports can’t hold practice, not until two weeks prior to their seasons starting. However, individual players are allowed to conduct “skill development sessions,” which allow them to get their conditioning and fundamentals up to speed prior to beginning those practices.

However, those athletes are required to wear a mask for the duration of their skill development session.

“Anything that’s done indoors needs to be done in a mask,” Tucker said.

The sport that most people have had questions about is basketball, for which practices will begin on Dec. 7.

Tucker said that while she realizes that basketball is a tough sport to play with a mask, she’s hoping people can do the right the things to reduce the spread of the virus and increase the chances of a successful season.

“We are simply asking all of our coaches and athletes to dial it back a bit, at least for a few weeks,” she said. “Wear the mask in skill development so that we might have a chance to play basketball and all other sports, for that matter.”

The NCHSAA has put out guidance that teams can only play a maximum of two games a week. However, if a game is delayed due to having to quarantine player because of COVID-19, a team will be allowed to play a third game in a week to make it up. If a game can’t be made up, it will be counted as a no-contest.

Should some games not be played, it will be up to the conferences to determine how that would affect conference standings.

Tucker pointed out that while NCHSAA activities have been greatly impacted by the pandemic, private schools have continued with athletics. In fact, at those schools, volleyball and cross country seasons are just now wrapping up.

“The first thing we’re trying to imitate is getting to the end like they did,” Tucker joked when asked if she saw anything those athletes, coaches, teams and leagues did right.

In addition, club sports not tied to any schools have been competing since the summer, something Tucker clearly lamented, especially considering she’d been told no players were wearing masks.

“If I had a magic wand, and I could wave it and say to all outside club programs that are impacting our students here in North Carolina who are trying to get sports going … I would tell those club programs to cease operation for a few weeks,” she said. “But I don’t have that power.”

Tucker went a step further, going back to her days as a high school volleyball coach to outline what she would tell her players who might be interested in playing for a club team during a pandemic.

“I would say to anyone doing club stuff, ‘if you’re going to play for me and this team, you’ll make a choice. You either continue to play club or you choose to play for us,’” she said.

Finally, Tucker noted that the responsibility to do the right thing ultimately lies with not only players and coaches, who all need to commit to following the guidelines, but parents, as well.

“We need to give ourselves a chance to offer competitive opportunities for all other sports at their designated time in this school year,” she said.

“Regardless of what you think about the virus, fake it until you can make it,” she added. “If you don’t believe it’s real then just pretend it’s real, and have your athletic programs operating as though it’s real because it gives us a better shot.”