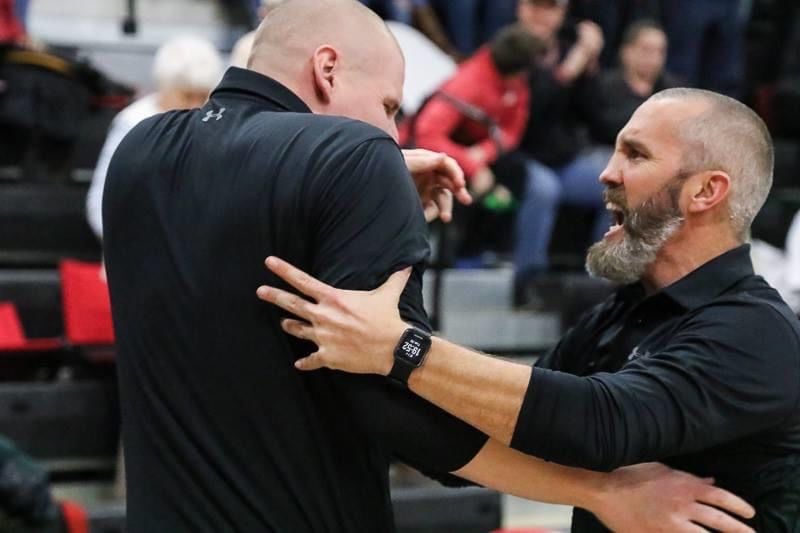 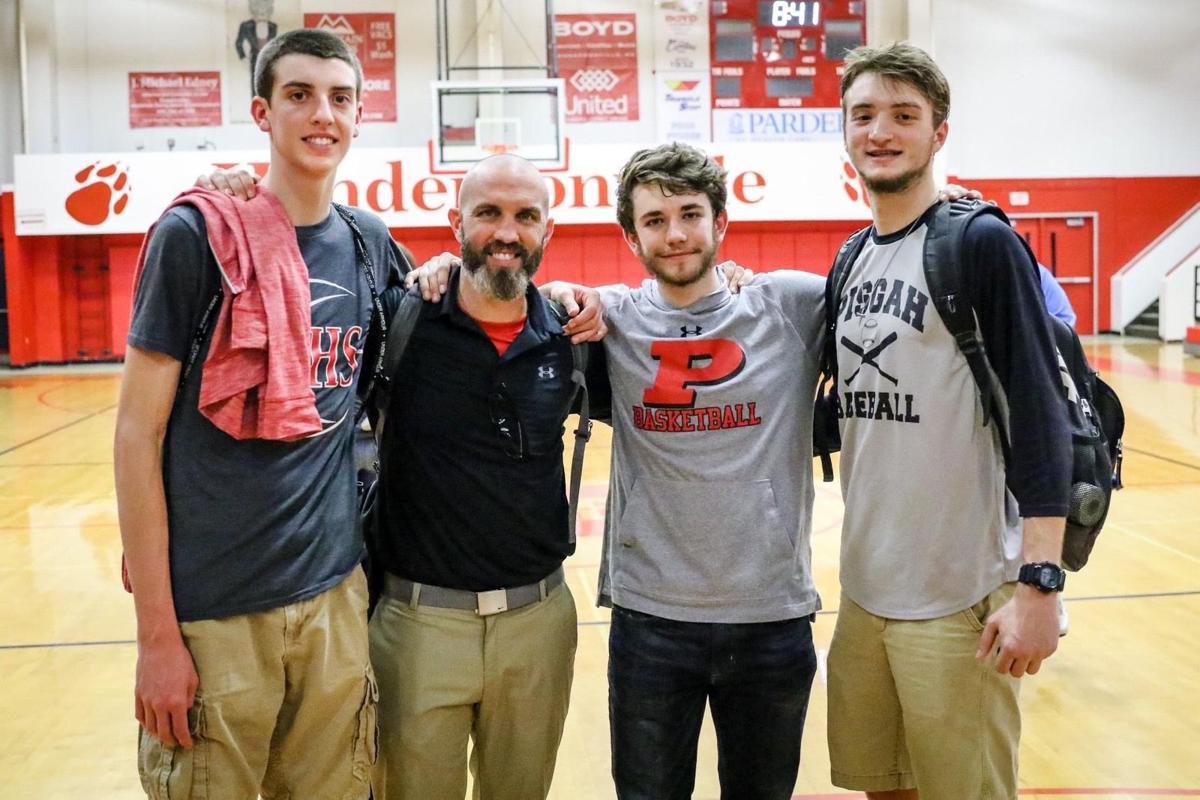 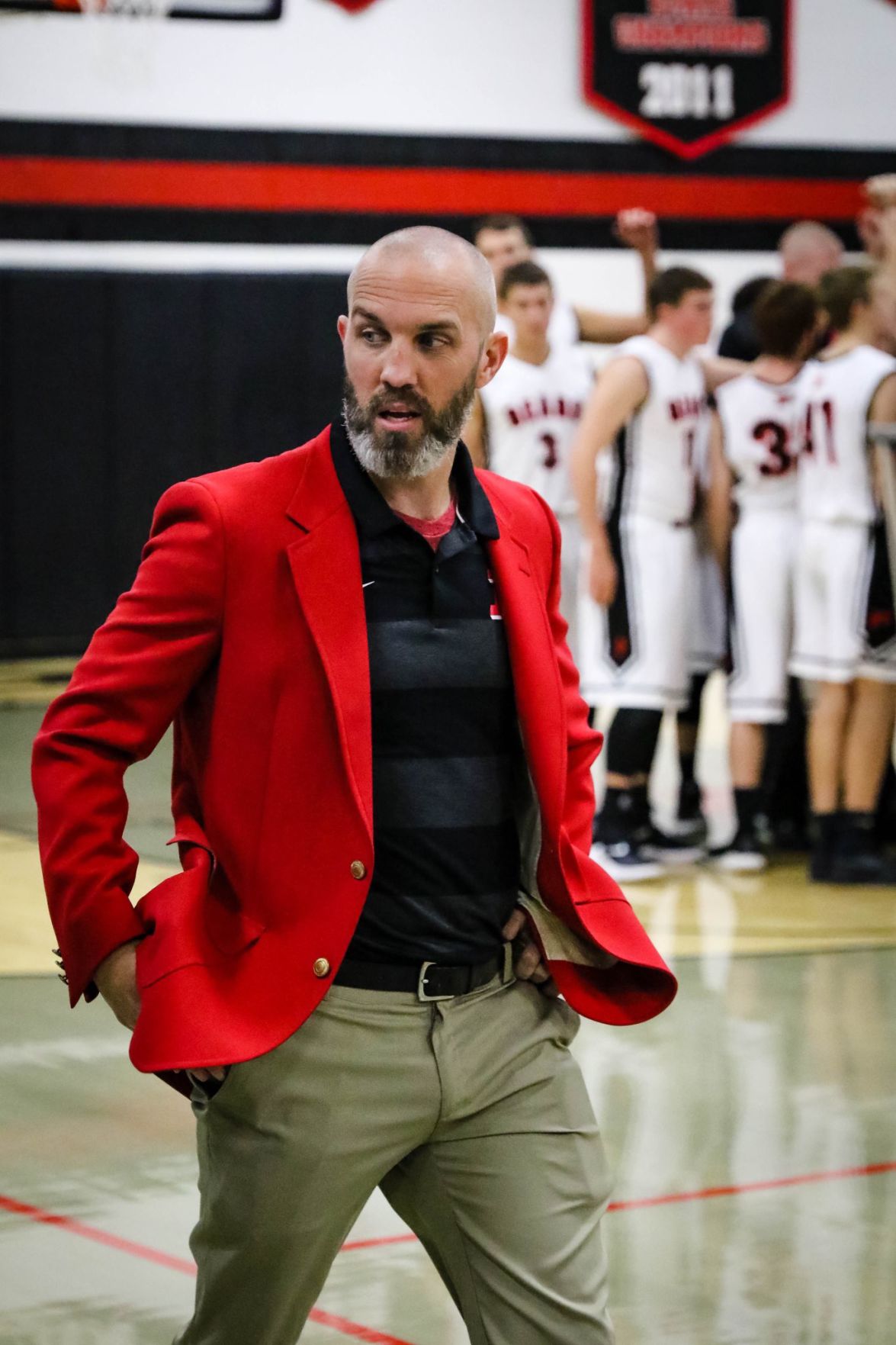 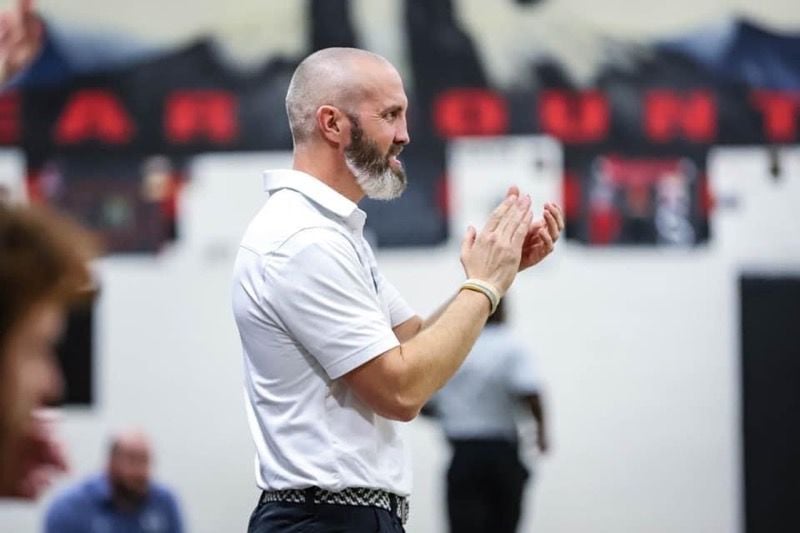 OUTGOING AD — After 14 years at Pisgah, Casey Kruk will start a new chapter as Canton Middle School Principal on July 1.

OUTGOING AD — After 14 years at Pisgah, Casey Kruk will start a new chapter as Canton Middle School Principal on July 1.

When Casey Kruk wraps up his tenure as Pisgah High School athletic director and heads to his new role as Canton Middle School principal at the end of June, he’ll be saying goodbye to a place where he spent 14 years.

And yet, more than any of the accomplishments on the court as a coach, or through all of the teams as an AD, Kruk will remember the student athletes, coaches and fans he impacted, and the community that impacted him.

“I can’t even put it into words what this community has meant to me and what it continues to mean to me,” Kruk said. “I’ve been at Pisgah through some of the best times of my life and some of the worst. The worst times were personal and health related, but the community helped pull me through it, and that’s meant so much to me. I feel such a sense of loyalty to Haywood County.”

While the 2013-14 season was the most successful season for the Pisgah Bears with winning 25 games and advancing to the Elite 8 3A state playoffs, it was also an incredibly difficult time in Kruk’s personal life. He was diagnosed with cancer for the second time in his life — a desmoid tumor in his stomach.

Despite undergoing chemotherapy, and the difficulties accompanying that, Kruk kept teaching and did not miss a game. To this day, he still receives cards and well wishes from members in the community, and knows how critical the community’s support was in pulling him through that time.

“We had a great year, and the community just rallied around me, pushed me, wished me well, prayed for me,” Kruk said. “…That pulled me through a really, really difficult time in my life where one thing that was always certain is that community cared for you.”

When Kruk stepped down from his role as basketball coach following the 2018-19 season citing a desire to spend time with his family and pursue a doctorate, Jonathan Whitson, a Pisgah graduate and assistant on Kruk’s staff for four years, took over.

Going into his first head coaching Job, Whitson had plenty of experience to draw on from his time under Kruk. He learned about the behind-the-scenes aspect of coaching, the importance of striking a balance between having fun, and locking in and getting serious.

Whitson followed Kruk’s coaching style by getting to know coaches and assistants off the court, and caring about them as people. He took from Kruk the importance of developing student-athletes not just as basketball players, but as young men.

“I learned about really investing in the kids, more than just basketball,” Whitson said. “...I’ve been with him five years, and he’s never missed my birthday without sending a happy birthday to me. And I’ve talked to other people that can say the same thing. It was bigger than basketball, and that’s what I’m doing with the current team.”

As a new head coach, it was comforting to Whitson to have Kruk, his mentor, still around as the athletic director, to lean on for advice and guidance when needed. Kruk’s door was always open, and Whitson could come to him with any problem he was tackling and seek a second opinion or advice.

It was equally comforting to know that Kruk trusted him completely, and took a hands-off approach. In many situations, those who step aside from a role and are still around end up micromanaging or stepping on their successors’ toes. Whitson said Kruk let him know that he was there if he needed him, but he was going to step back and let him figure things out.

“That’s what he told me from the beginning, he said, ‘Look, it’s yours. I’m not going to sit here and step on your toes and try to get you to get you to do something one way or another,’” Whitson said.

“It was always an open door policy with him, but he wouldn’t try to push his advice on me and let me try to figure things out myself,” he added.

Kruk told Whitson he wouldn’t step on his toes and micromanage, and that he’d let him coach his team as he saw fit, but he’d be his biggest fan — the same for all of the teams at Pisgah.

His mentorship even went as far as sharing a story of a past error to help calm Whitson’s nerves before a big game.

“I can remember now, we were playing Tuscola this year at Tuscola, and I was pretty nervous,” Whitson said. “It was my first game against Tuscola at Tuscola, and he told me a story of whenever he first took over and his first game at Tuscola, he wound up sitting on the wrong bench during warmups and he didn’t even realize. So I was like ‘OK, I’ll make sure I don’t do that.’

And Kruk’s comment about being the biggest fan definitely rang true during that game.

“During that game, it got tight. We went to overtime, and I glanced over at him and he’s off the wall, down almost crunched in a defensive stance, clapping his hands, going crazy,” Whitson said. “Just to see from a friend and a mentor type way, seeing him do that is awesome, but it also shows from an AD he is [a fan], not just in basketball but other sports too, to see him get that fired up and he’s not the head coach anymore. It just showed me at that point how truthful his words were: ‘Hey, I’m not going to step on your toes and make you do it my way, but I’m going to be your biggest fan.’ And he was.”

Pisgah Principal Clint Connor knows he has a tall task replacing Kruk as AD. For him, it will also mean he’s not working directly alongside a long-time close friend anymore.

Kruk and Connor went to Enka High School together, and played sports there where their fathers coached together. The two hunt and fish together now, and Connor is proud of his friend’s new opportunity, but he’ll miss having him around the same school.

“That’s what makes this loss tough, is he’s a good friend to me and to a lot of people at this school,” Connor said. “That’s the thing I’ll miss most about Casey. I’ll find somebody that can run around the ball games, but he’s a good friend and very hard worker. He’ll do well. He’s a winner; he’s going to win wherever he goes. But most importantly, what I’d tell Casey is he’s my friend and he’s not going to be far away. That’s what I look forward to, is working with him across the river. We can shout back and forth at each other.”

For Kruk, Connor’s mentorship and guidance was part of what made him feel comfortable leaving a familiar situation for a new opportunity.

“Being able to work with [Connor] these last couple years, I’ve learned so many lessons from him,” Kruk said. “He encouraged me, I don’t think he wanted me to leave in that sense, but he encouraged me to reach for opportunities, so I felt comforted in being able to do that.”

Kruk still figures to be a regular at Pisgah games. Only this time, he won’t be coordinating an entire athletic department, he’ll just get to sit in the stands with his family and enjoy a game of football, basketball, soccer, tennis, volleyball, whichever it may be, as a fan. The biggest fan.

“It’ll be different,” Kruk said. “I really enjoy being a fan sometimes. I really enjoy watching and getting to cheer. I think that’ll be a good different. I’ll just get to cheer on and get to see the success. I’m really looking forward to where Pisgah High School athletics goes when I’m not there. I got to jump into a successful program, and I hope that I, in some small way, helped to maintain that. I think it’s going to go far beyond what it is right now. I just look forward to seeing what happens.”