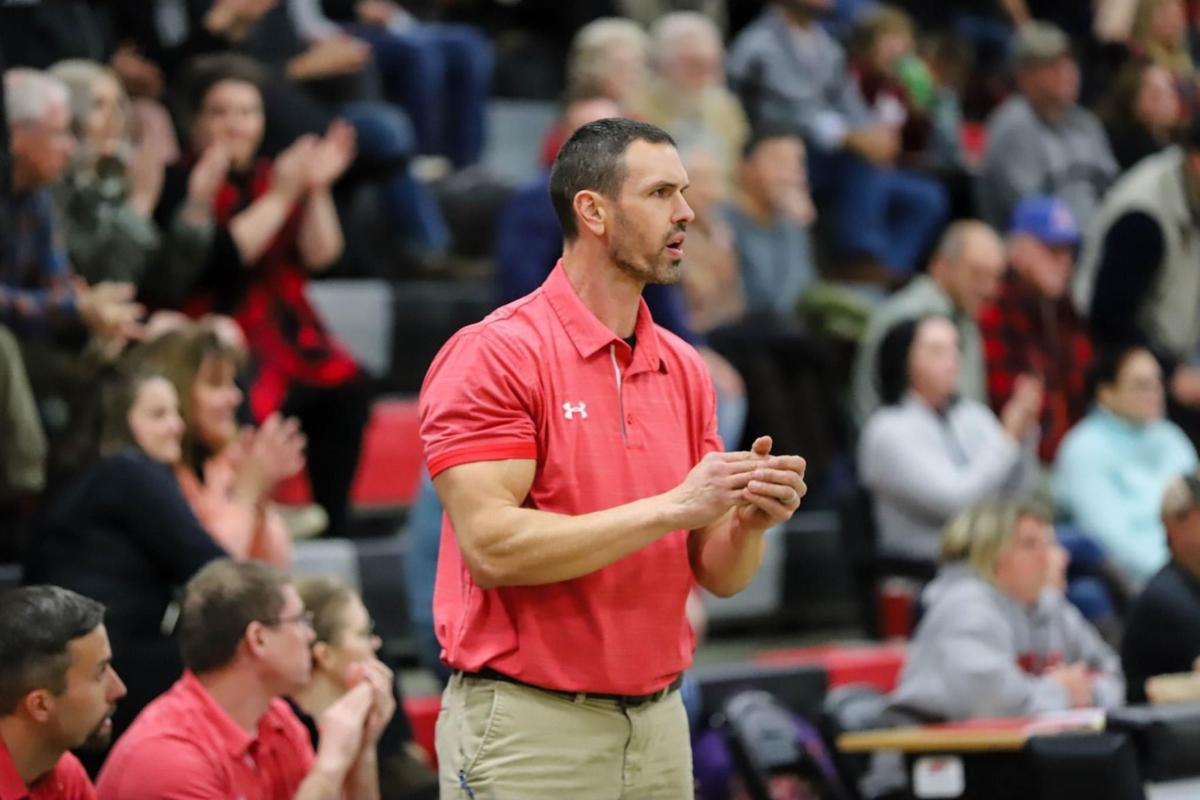 ASSOCIATE — Brandon Holloway, who has been a coach at Pisgah since 2001, is one of the school’s new associate athletic directors. 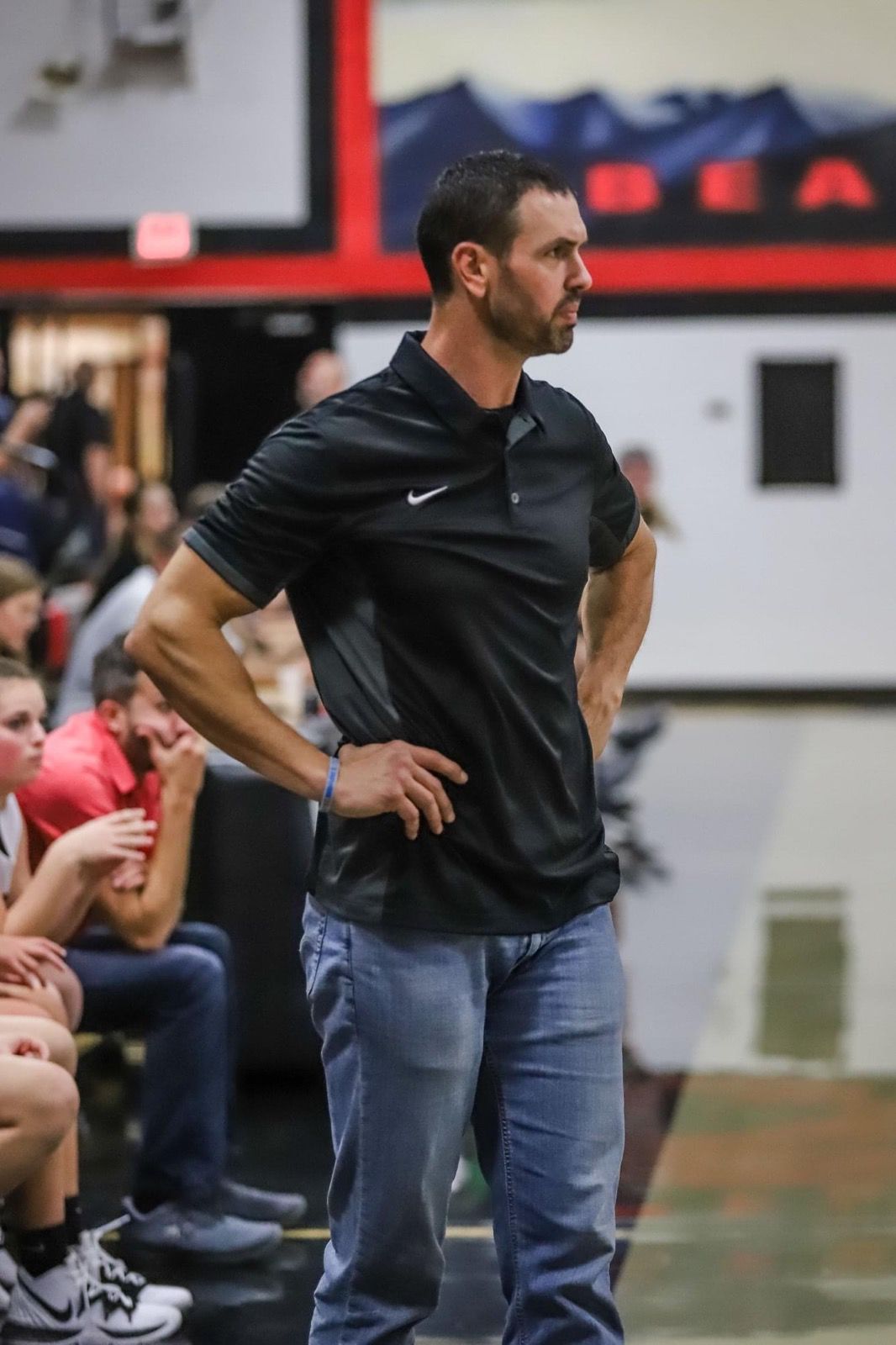 COACH — Brandon Holloway takes it all in during a Pisgah girls basketball game.

ASSOCIATE — Brandon Holloway, who has been a coach at Pisgah since 2001, is one of the school’s new associate athletic directors.

COACH — Brandon Holloway takes it all in during a Pisgah girls basketball game.

Ask Brandon Holloway, who has been a coach at Pisgah since 2001, what the key to any successful team, any successful season is, and you’re likely to get a similar answer: conditioning.

Throughout his 17 years as head girls basketball coach, Holloway’s teams have always prided themselves on their conditioning, often using it as an edge late in games.

Holloway’s now going to look to see every team at Pisgah do the same. With the school unveiling its new athletic leadership team with Casey Kruk headed to Canton Middle School, Holloway has been promoted to associate athletic director, and will oversee strength and conditioning for all teams, with the exception of football, which will continue to run its own conditioning program. He’ll work alongside new AD Heidi Morgan and fellow associate Harold Shepard.

Holloway has wanted to get a chance at being an athletic administrator for Pisgah for six or seven years now, and the timing was right with this new direction.

“I’m super excited to finally be given the opportunity to help Pisgah,” Holloway said. “My heart belongs to Pisgah. I’ve been there for 20 years, and it’s exciting now to continue to see the success and growth of our athletic department looking at the next 20 years.”

Holloway has been at Pisgah for 20 years and spent time as a football and soccer coach, and of course, is still the girls basketball coach after 17 years.

He’s coached parents and children from the same family at Pisgah, and said he can’t imagine himself anywhere else.

“We talk a lot about loyalty and I think that’s one thing that I can bring to the table is the loyalty to Pisgah High School,” Holloway said. “I’ve been here, I’m not going anywhere. These kids and this community are of the first and most importance to me under the opportunity that God has given me. I thank Him every day that I’m so blessed to be at a school system and a school community that supports its athletics as much as Pisgah does.”

Strength and conditioning has always been something that Holloway, who is also an owner of CrossFit Haywood, is passionate about. He believes the key for any athlete, any team, to be successful, is to be in top physical shape.

He’s big on injury prevention, and athletes preparing their bodies to guard against the most common injuries in their sport. Holloway believes the low number of season-ending injuries his players on the girls’ basketball team have seen is a testament to that conditioning. He plans to meet with other coaches regularly to help develop their athletes through offseason training.

“You can hopefully make those athletes be as resilient as they can be, so they can go out, perform, do the sport they love and have injury not be an issue,” Holloway said. “It does them no good to be sitting on the sideline. … I’m super thankful that our administration sees the importance of all of our athletics, and gives them all the opportunity to take their competitiveness to another level. So hopefully we’ll be stronger, faster and better prepared when the seasons get here for all of our sports.”

As Morgan, whom Holloway coached when she was a student at Pisgah, assumes the role of head athletic director, she knows how valuable Holloway’s strength and conditioning knowledge will be.

“He’s got some years of experience under his belt,” Morgan said. “He just brings knowledge about things that he’s seen in his time at Pisgah and different situations that he’s handled differently, and I think he’ll be great for mentoring new coaches.”

Between the three new athletic leaders, there’s quite a bit of that coaching experience going around. The trio has coached every sport at Pisgah except wrestling, cheerleading, cross country and track.

Holloway knows how valuable that will be in helping and mentoring other coaches; most likely, one of the three will know exactly what they’re going through.

“I think one thing that helps is that there’s not going to be a sports program there that’s saying ‘They don’t understand,’” Holloway said. “We do. We certainly do and one of us can relate to every sport there. They have our ear, and we want to see each team and each sport be successful.”

With the COVID-19 pandemic, and subsequent guidelines from the NCHSAA, currently limiting what activities and workouts teams can perform, strength and conditioning will be more important than ever going forward.

Student-athletes have been off the field for longer than they’re used to, and there’s uncertainty about the pandemic’s impact on the fall season. Holloway hopes all the student-athletes have been doing their daily at-home workouts Pisgah has sent out, but knows it’s likely some will be behind the curve. So he’s been in contact with fall coaches about making sure they’re taking that into consideration, and figuring out the best ways to prevent injuries and get students back into game shape as workouts resume.

“They shouldn’t be strong enough, fast enough, mobile enough to be able to go play a game next week,” Holloway said. “We’ve got to make sure that we do a good job of getting their bodies ready, conditioned and resilient to be able to take on the demands after they’ve been out for four or five months.”