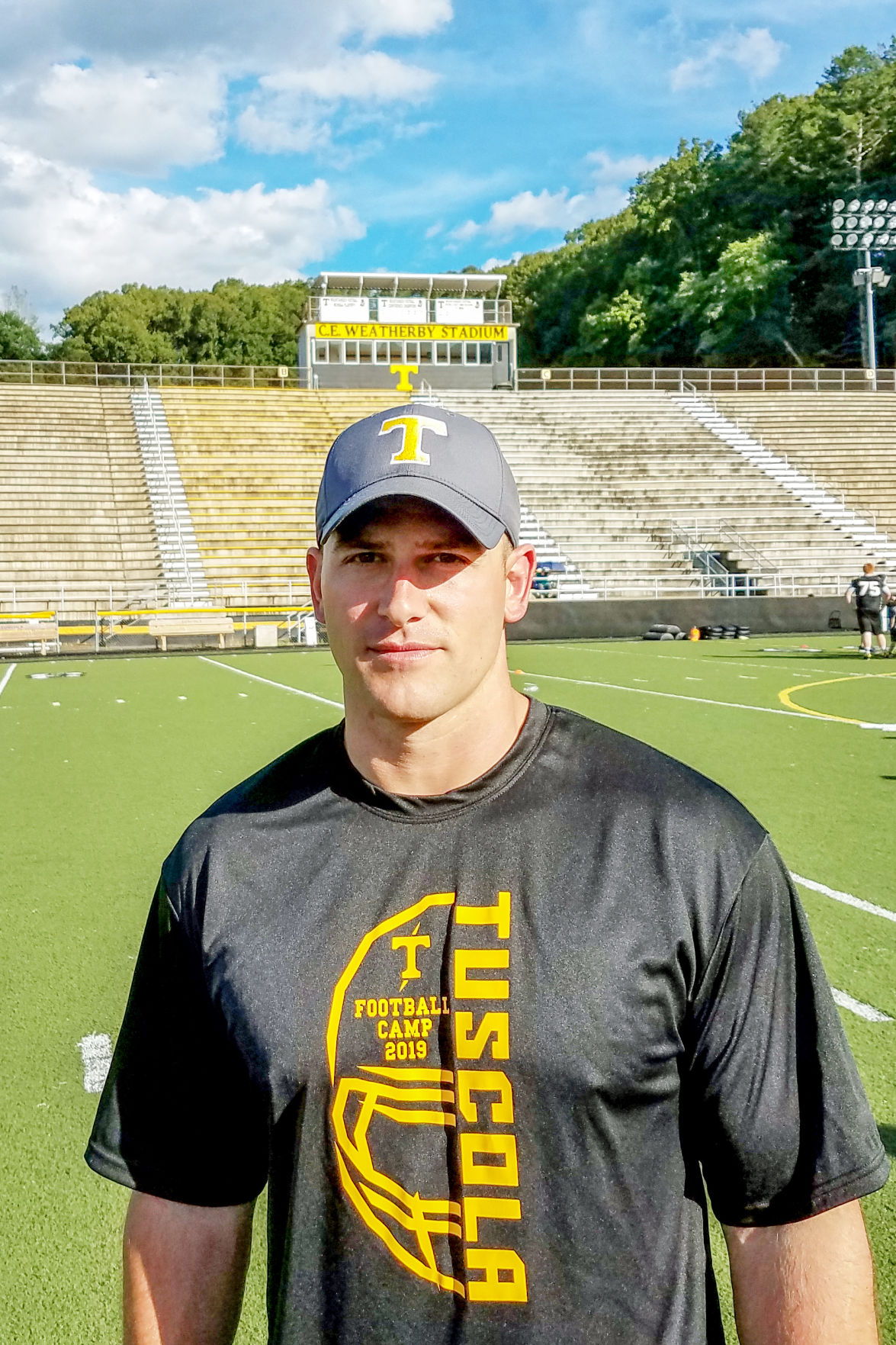 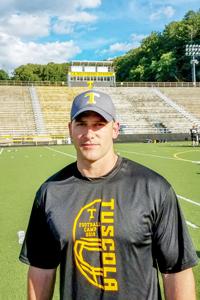 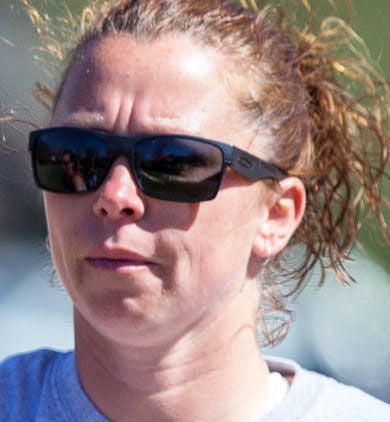 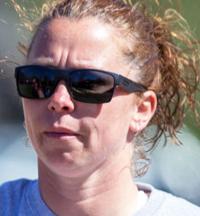 RETURN TO DUTY — Heidi Morgan marks a return to volleyball at Pisgah High School as the team’s head coach.

There’s still a lot that’s different, of course. The majority of the phase one protocols are still in effect, from the prohibition of physical contact and protective equipment (no football pads), limiting group sizes to 10 inside and 25 outside (coaches included), requirement for six feet of social distancing, sanitation requirements and pre-workout temperature and symptom checks.

There are two key differences, however: trainers can bring individual students into training rooms as needed, and, some sharing of equipment is now permitted. That may not sound like a big deal, but it is when you consider the implications: teams can now use a ball and pass it between players in their drills, something that was not allowed under phase one, which started June 15.

“Speaking specifically for volleyball since that’s the season I’m currently in as a coach, our girls are very excited that they can actually pass a ball back and forth with their teammates, work on digs or kills and so on and so forth,” said Pisgah athletic director Heidi Morgan. “That opens a whole new avenue for us to work on different things. … As far as football goes, it’s a different circumstance being able to possibly run routes with your receivers, work on passing routes, things like that. Letting your quarterback actually throw to someone is a huge deal.”

While, as Morgan pointed out, the rule will have different implications for different sports as far as how big a step this is, the move to phase two represents continual progress and improvement for what high school teams are allowed to do.

“As with everything that’s going on right now in the country and in the world, I think we’ve got a long way to go, but it’s definitely a step closer,” said Tuscola athletic director Michael Belue. “Phase 1 on June 15 was a huge step for us as we’d been sidelined for 2-3 months, and then that gave us something to do during the summer. As the summer comes to a close, this is just another step. At this point in time, with everything that’s going on, baby steps are huge steps right now for us.”

The fall high school season in North Carolina is scheduled to start Sept. 1, moved back from the previous start date of Aug. 1, but that date could change again.

In a meeting with over 400 athletic directors from around the state Thursday, commissioner Que Tucker said that, pending the review by its board of directors of survey data from superintendents across the state, and an announcement from governor Roy Cooper about moving North Carolina into phase three of its reopening plan, the NCHSAA hopes to make another announcement about fall sports in the next two to three weeks.

While the move to phase two is an important one for high school sports, there are still several steps to take and logistics to figure before knowing if games can be played this fall.

“I would like to say that it seems like it’s getting closer,” Morgan said. “But then going through the spring, trying to remain optimistic and we keep getting pushed back and changed. There’s always in the back of your mind, is it going to happen until they tell you it’s going to happen? But it definitely does give a little shimmer of hope.”

Both Pisgah and Tuscola remain in summer workout mode, meaning all sports, not just fall sports, can conduct workouts. There will be a five-day dead period for sports starting Aug. 17, to allow all North Carolina school personnel to focus on the start of the school year.

While there’s still a lot of uncertainty ahead about the fate of the fall sports season, the move to phase two, and getting to use a ball in practice, allows student athletes to add a sense of normalcy that’s been lacking from their lives since March.

“I think it’s a huge mental boost,” Belue said. “The kids were cooped up for several months. They couldn’t see their friends, they couldn’t do anything. And then we got phase one June 15, and that was a huge mental boost, and it kind of got us back in the groove, being around coaches, being around other kids, even though it looked a lot different and it has looked a lot different.

“But at the same time, you can only do that for so long. Their interest starts waning and their motivation starts waning. They start questioning ‘What are we getting ready for? Are we getting ready for anything?’ So as we go into this phase two and they’ve got a ball in their hand, and they’re able to do something that resembles more of a practice or of their sport, I think that’s just huge mentally for these young people and coaches.”