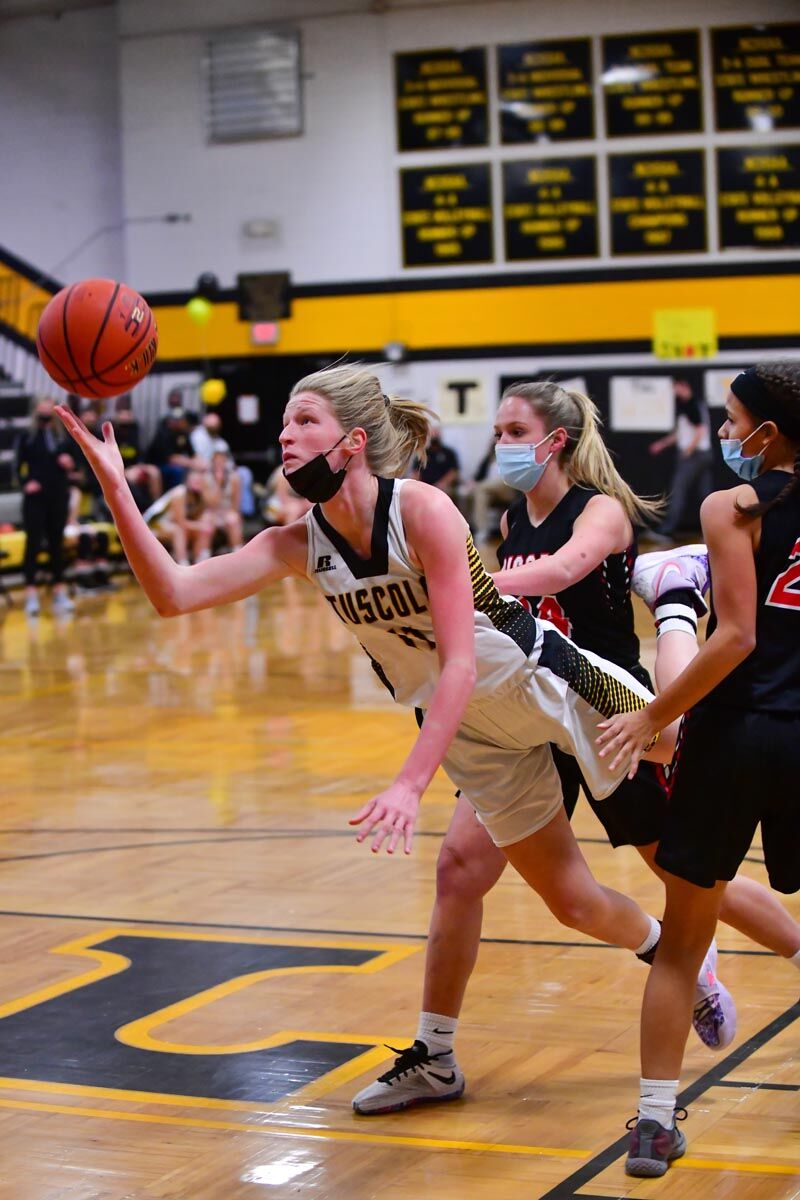 TOP ATHLETE — Grace Glance led the second half effort in this week’s game against North Henderson. 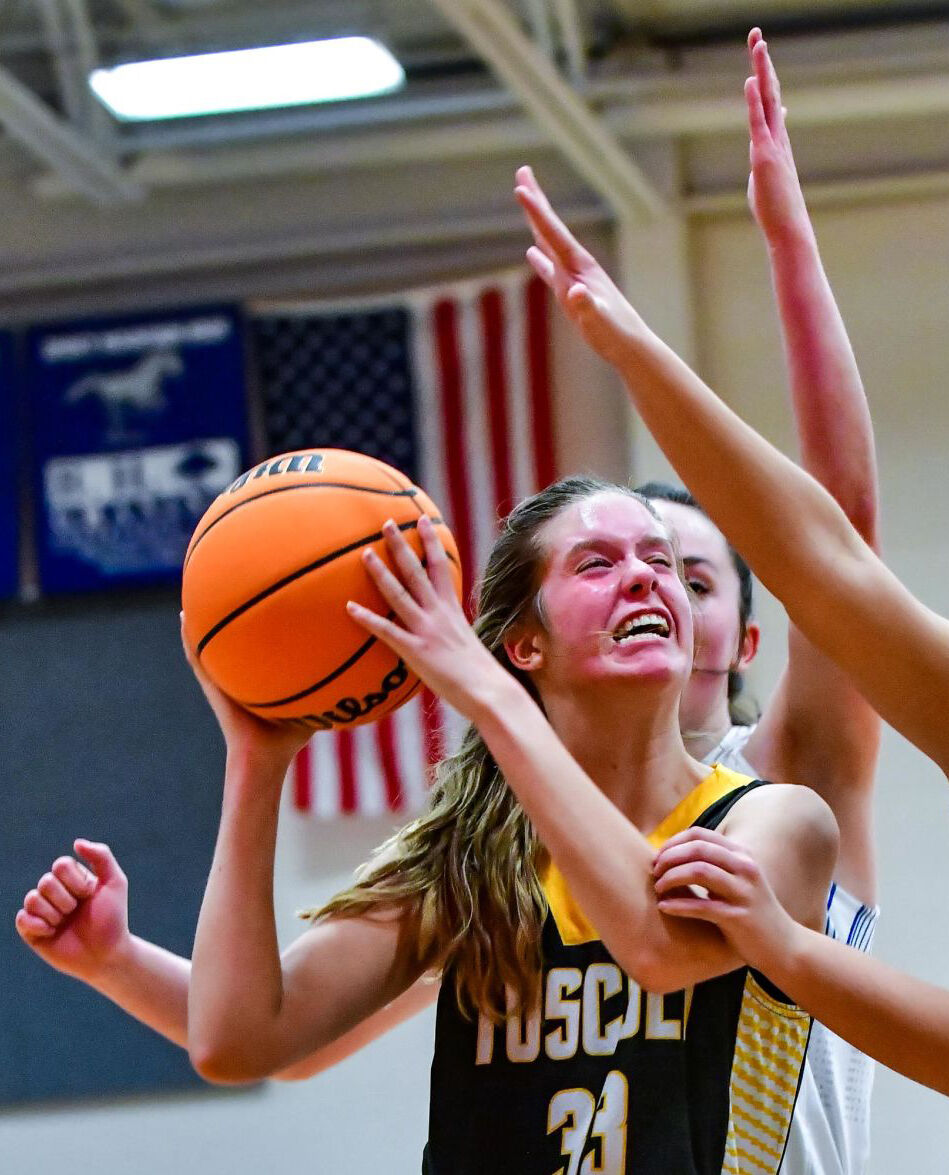 INTENSE — The intensity on Abby Westmoreland’s face is visible in this 2019 photo, an expression that isn’t as noticeable now that mask-wearing is required.

TOP ATHLETE — Grace Glance led the second half effort in this week’s game against North Henderson.

INTENSE — The intensity on Abby Westmoreland’s face is visible in this 2019 photo, an expression that isn’t as noticeable now that mask-wearing is required.

Led by a team that started four seniors and one junior, the Mountaineers made a great second half comeback, but were troubled by early foul trouble that put them behind by 15 at the half.

Grace Glance led the immense second half effort, stealing the ball on several occasions to bring Tuscola back to within 6. Coach Maynard said of Glance, “she is an amazing athlete and has great basketball knowledge. She can shut down anyone on defense with her long arms and anticipation.”

While the Mountaineers weren’t able to get the win, Maynard was pleased with the second half effort and hopes it will propel them to a better start for games in the future.

On Wednesday, Tuscola took on Asheville High who are projected to be the number one team in the state. When thinking about the game versus Asheville, Maynard said, “I am not a wins and losses coach. I am a compete on every possession coach. I want them to execute plays, to box out on defense, and whatever happens, if they do that, I’ll be pleased with the team. We can only control our effort and that’s what matters most.”

The Mountaineers lost to Asheville High 78-26 despite a great effort from the Tuscola High athletes.

“It feels like we are all part of this thing together and I think the girls can feel that,” Maynard said. “We want to be a positive team — a positive program. We will make mistakes, you can’t play basketball without making mistakes, but we want to learn from them and do so in a positive way that inspires others.”

Maynard is the third head coach in the last 4 years, but she hopes to stay around for a while. She acknowledged that the girls are still learning her style but they are adjusting well and leaning on each other.

Maynard will need to rely on her four seniors and captains especially this year. Along with Grace Glance, fellow team captain Abby Westmoreland helps provide leadership for the team.

Speaking about her two captains, Coach Maynard spoke of how well rounded on and off the court this team is. “West (Westmoreland) is one of those special people,” Maynard said, “she is one of those people you don’t meet very many of. She is kind, helpful, positive and caring. West and Grace are the perfect balance for us and are great mentors for the whole program.”

This year the number of people at the games are limited, masks are required and nearly everything feels different. Still, the Tuscola High girl’s basketball team promises to provide a bright spot to the whole community as they continue to look optimistically for the season ahead and hope that brings a smile to the faces of all who support them.

The next games are Jan. 12 at home against Erwin and Jan. 14 at North Buncombe. All games this season can be viewed on the Tuscola High Athletic’s YouTube page.