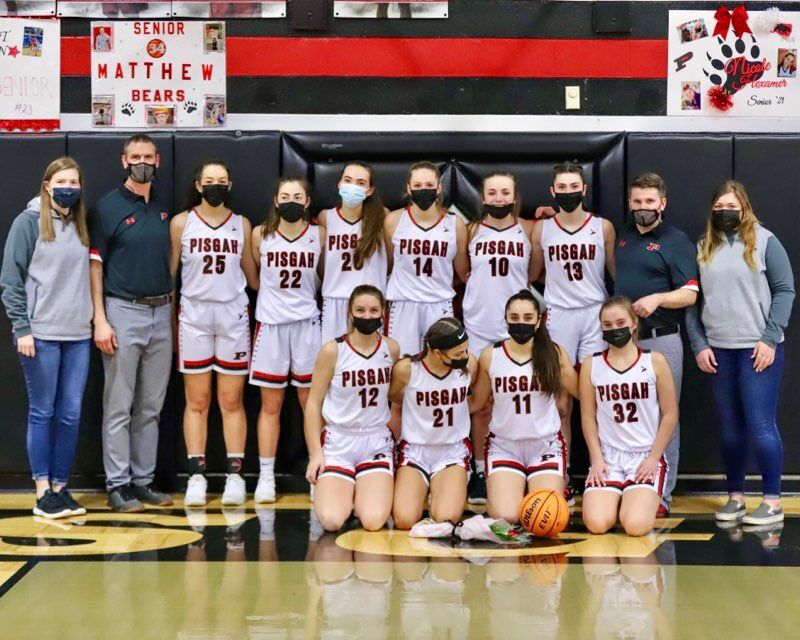 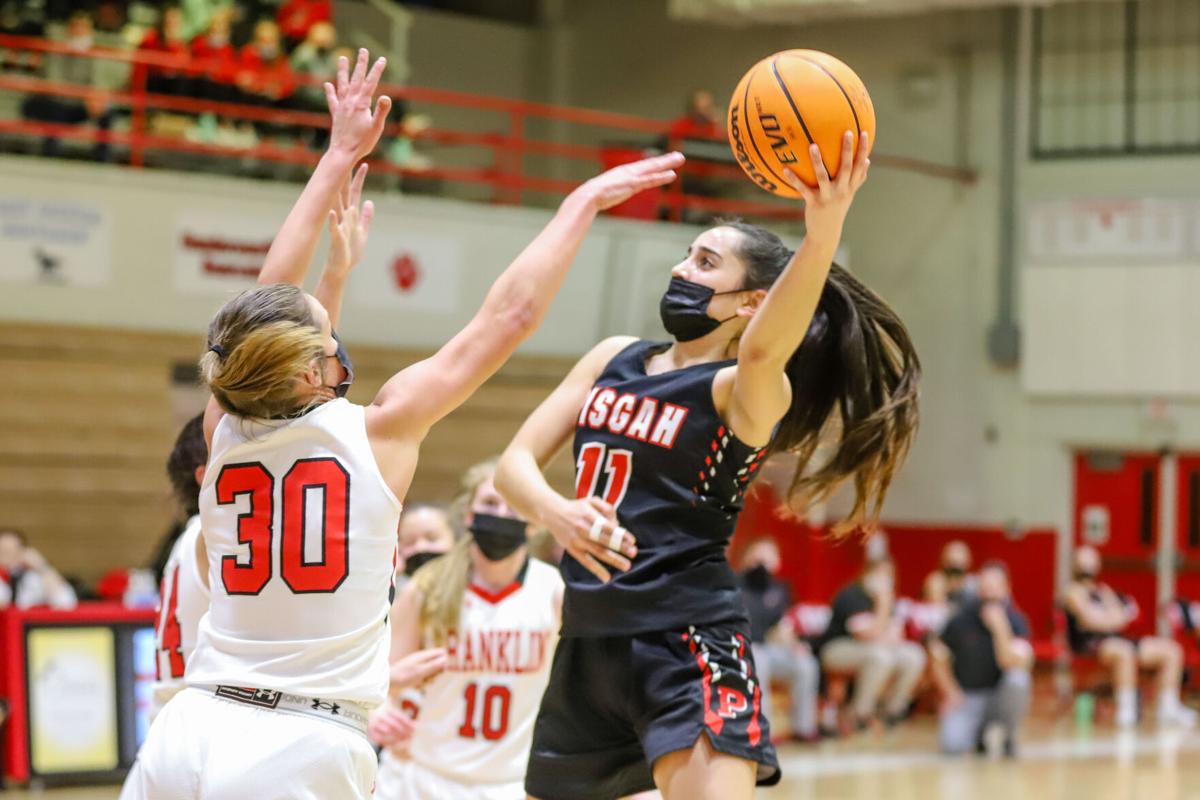 WITH THE LEFT — Cristina Garcia de Sevatte, an exchange student from Spain, has been a crucial asset for the young Bears team.

WITH THE LEFT — Cristina Garcia de Sevatte, an exchange student from Spain, has been a crucial asset for the young Bears team.

Coming into the season, no one really knew what to make of Pisgah girls basketball because no one had seen the young team in action, but now that The Bears have claimed the outright conference title, there’s no more room for doubt.

The team’s biggest test of the season came last Wednesday against Franklin, the experienced defending Mountain Six champions who beat Pisgah by two in double-overtime a few weeks back.

During that game, foul trouble killed the Bears, leaving the team with just five players by the final buzzer. The fouls also meant a lot of east opportunities to score at the charity stripe for the Panthers.

“The thing that hurt us last time was sending them to the free-throw line and giving up second-chance opportunities, so that was a big focus coming into this game,” said head coach Brandon Holloway. “Our girls won the rebound war against them this time, and we limited our fouls.”

Franklin was the only team to put up more than 45 points against The Bears. Last week, The Panthers only put up 29 points to the Bears 41.

“We knew Franklin would make a run down the stretch, and our girls showed a lot of perseverance to fight them off,” Holloway said. “ I could see that defensively I feel like they continue to get better as they learn and grow.”

A big contributor all season has been junior Cristina Garcia de Sivatte, from Spain, who Holloway said has played with tenacity on both offense and defense throughout the season. Against the Panthers, she put up 14 points.

“She is probably one of the best all-around players in this area right now,” Holloway said. “She’s very gifted offensively and also very tenacious on the defensive end. Her ability to be able to find open girls and get to the rim is second to none right now. When she needed to in that Franklin game, she attacked the rim and got big baskets.”

Pisgah’s final regular season game was last Saturday at home against Brevard, a team it’d beaten by 11 earlier in the year. This time, the Bears won, 68-44.

“With the emotions sometimes after a win like we had against Franklin, there is a bit of a letdown,” Holloway said. “But knowing our conference championship was on the line, we knew we’d have to win.”

Holloway said he was happy to see the poise his team had against the Blue Devils.

“I was probably as excited about the way we came out against Brevard as I’ve been all year,” he said. “We got off to a hot start. We moved the ball and got great shots. The momentum just kept going and we were able to hang on for a great win to get the conference title.”

Now that The Bears have won the Mountain Six, it will again face a couple of familiar foes in the conference tournament, held at Smoky Mountain High School. First up at 3:30 p.m. on Wednesday, Feb. 17 is Brevard. The winner of that game will then play the winner of Smoky Mountain and Franklin at 6 p.m. the next day.

“We’ve got to focus on ourselves and not get caught up in overlooking Brevard,” Holloway said. “They have some talented returning players who had good games against us the first time around. We have the target on our back now, so we know we’ll get their best shot.”

The conference tournament result has no bearing on state playoff seeding, which could lead some to believe The Bears may have trouble finding motivation heading into next week. Holloway doesn’t see it that way.

Seeding for the state playoffs will be determined Saturday by a random draw. Those games will start next Tuesday, Feb. 23. Holloway said his team will be ready to go, ready to keep surprising people.

“Going into this season, we had no expectations,” he said. “You really just wanted to learn and hopefully develop them the thing this group has done is they’re very coachable and competitive in practice every day. That has allowed them to be as successful as they have been, and that’s why we’ve had a well-balanced season.”