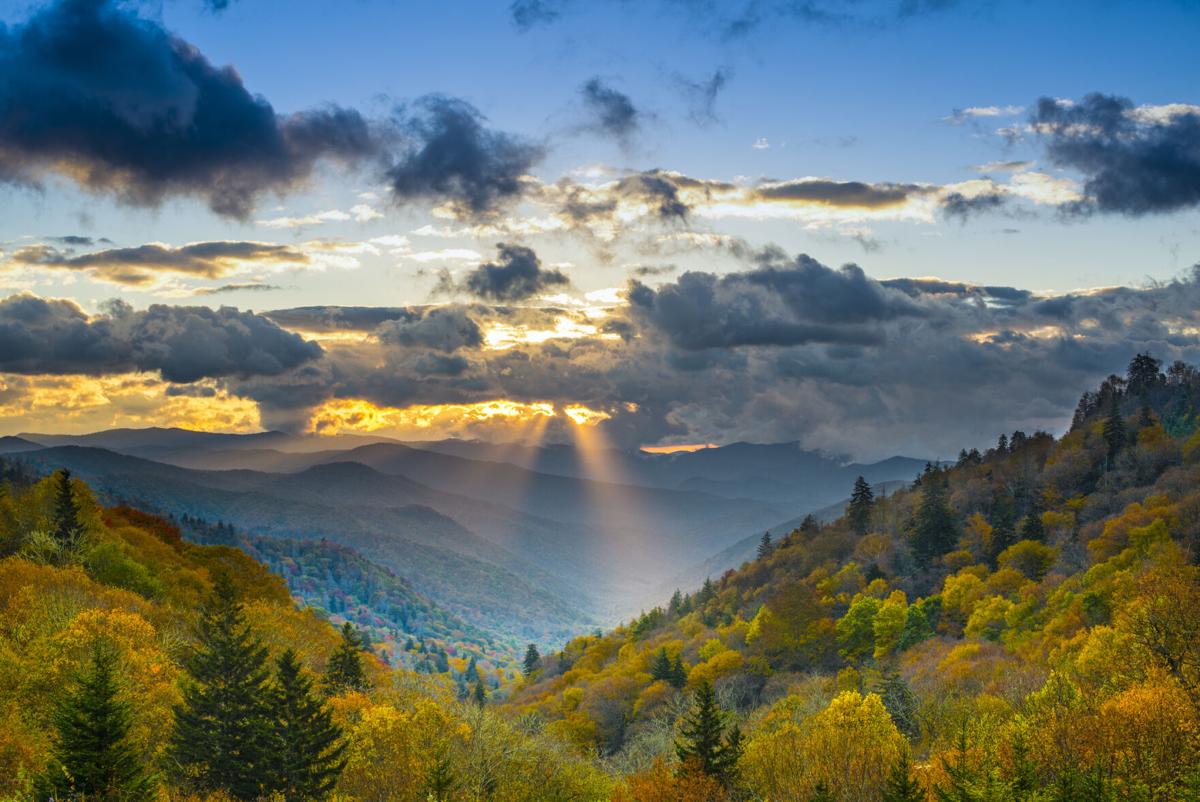 WHAT A GEM — The 500,000 acres that comprise the Great Smoky Mountains National Park is designated as an International Biosphere Reserve. 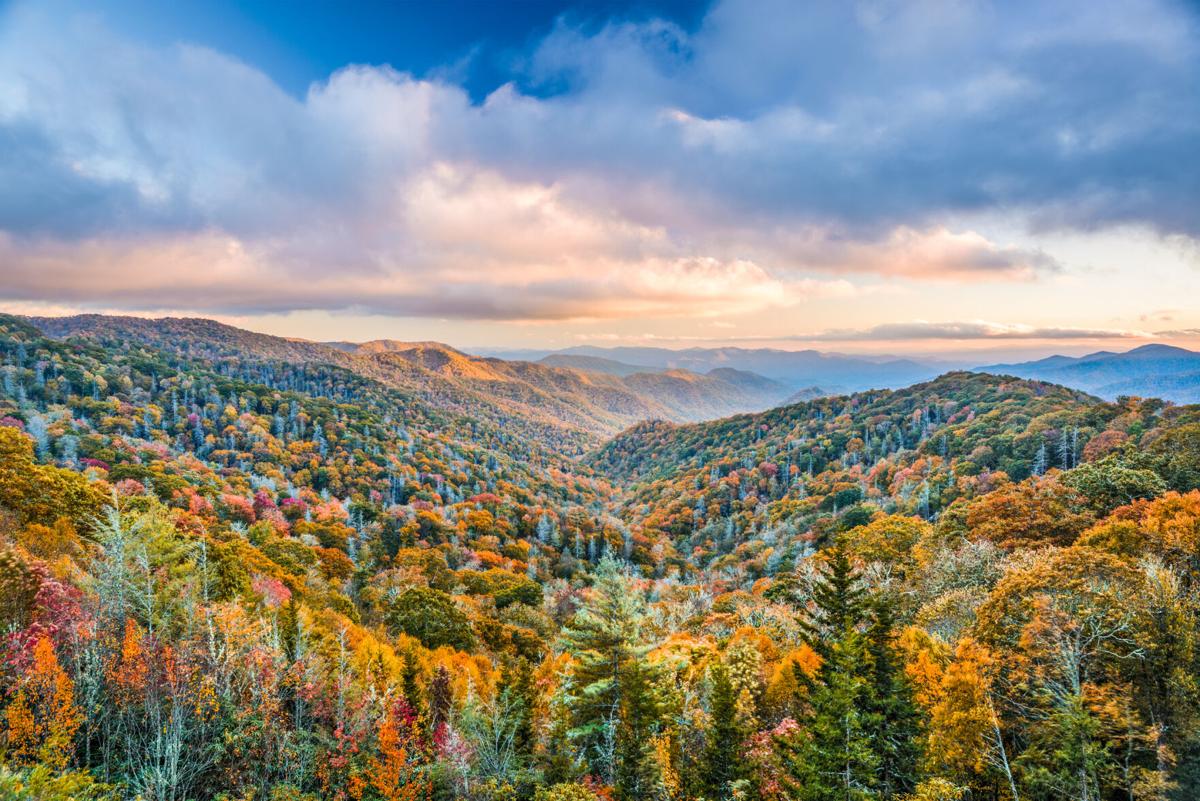 WHAT A GEM — The 500,000 acres that comprise the Great Smoky Mountains National Park is designated as an International Biosphere Reserve. This is a view from Newfound Gap. 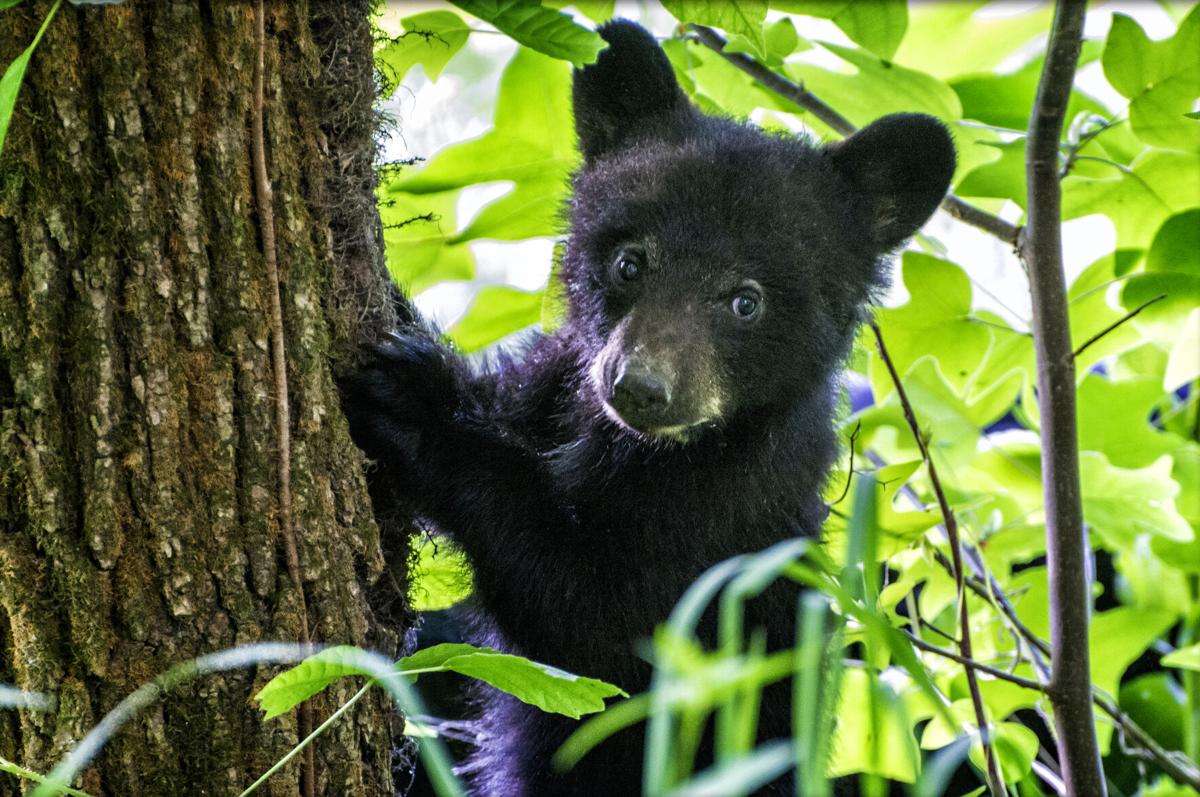 WILDLIFE RICH — While bears are the iconic mammal of the Great Smoky Mountains National Park, it is home to a staggering number of unique species, from salamanders to fungi. 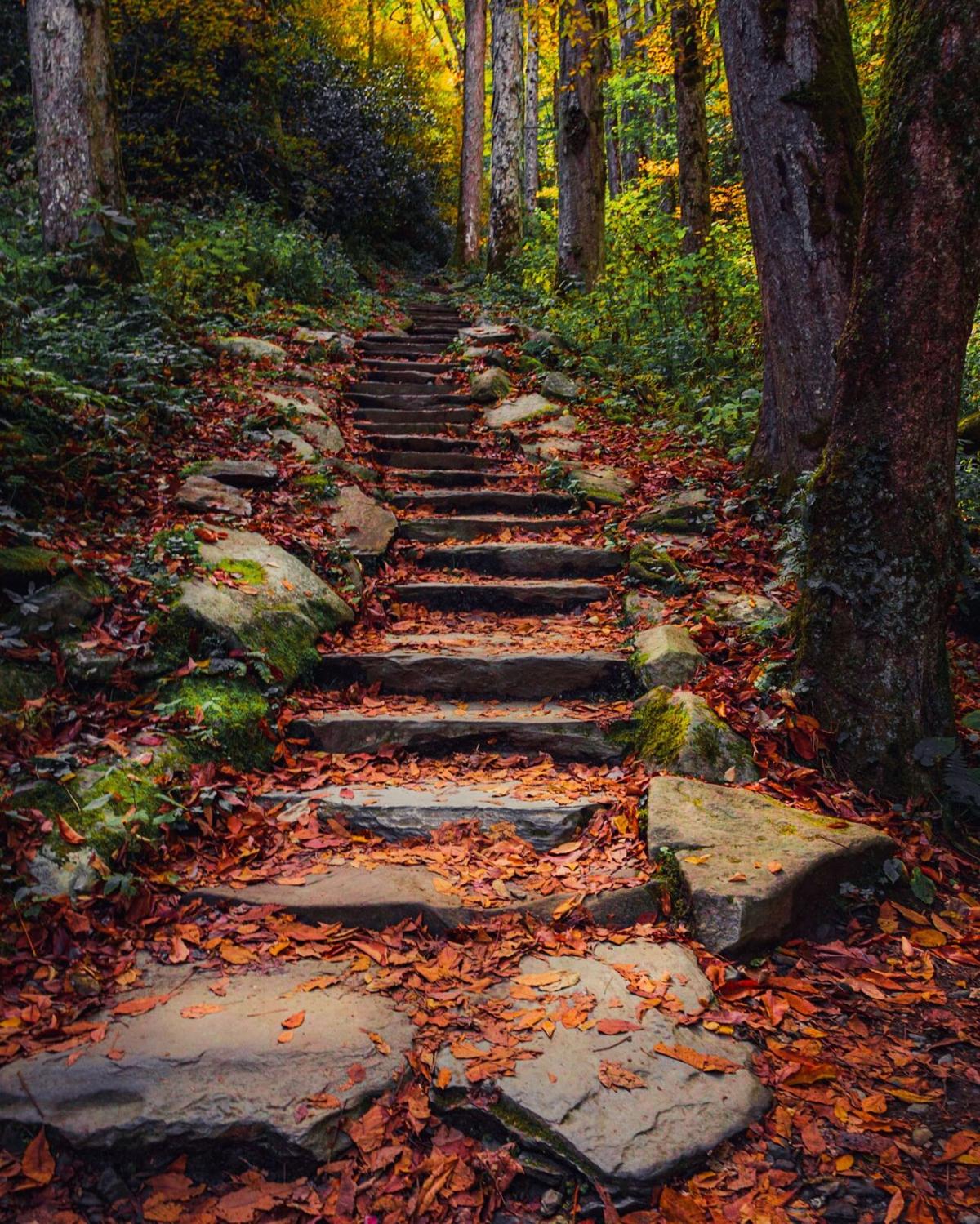 MADE FOR WALKING — The Great Smoky Mountains National Park has over 800 miles of trails. 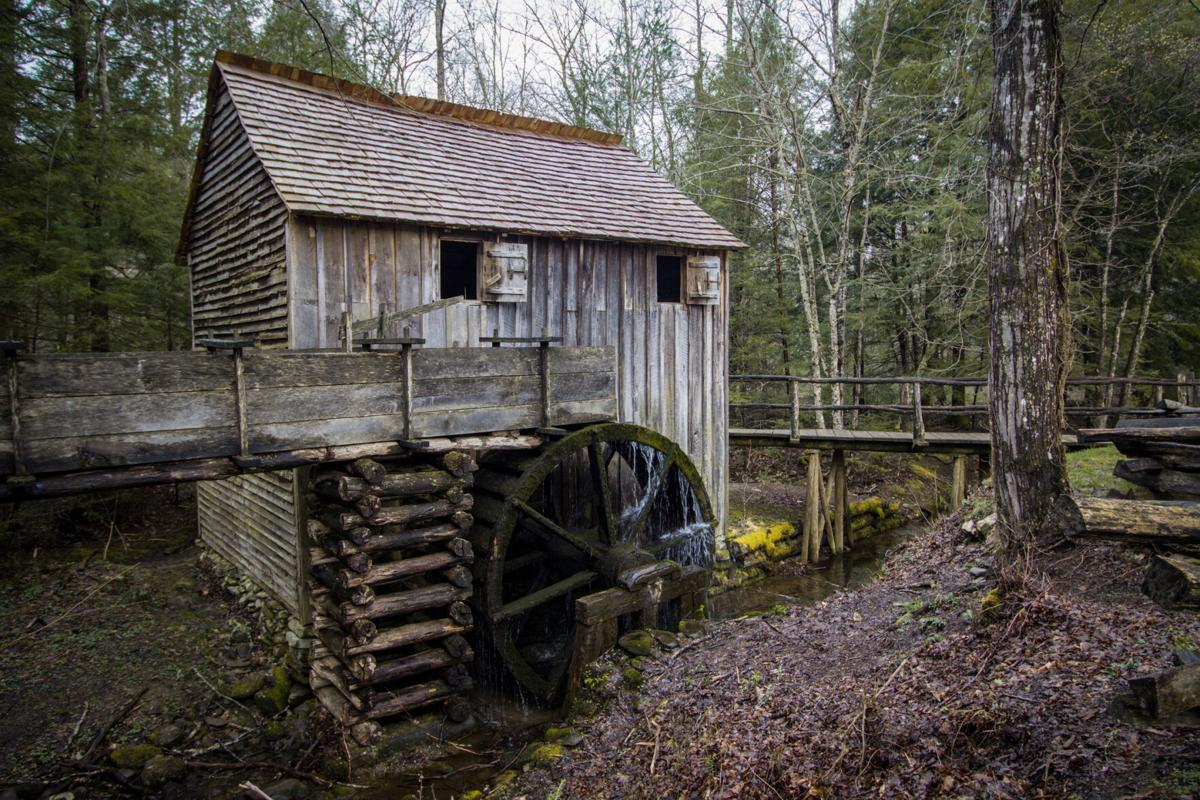 This is the first of a three-part series on the Great Smoky Mountains National Park. Future installments include a brief history of the park’s creation and an armchair tour of the most-visited areas.

The Appalachian Mountains extend from the Canadian provinces of Quebec and New Brunswick down into Alabama and Georgia. They are some of the oldest and were once the tallest mountains in the world.

The highest of these peaks form the backbone of the Southern Appalachians, which unlike their more northern cousins were spared from glacial ice sheets. The subrange called the Smoky Mountains is often considered the heart.

Once upon a time, these mountains were part of the Great Cherokee Nation. They called the Smoky Mountains Shaconage (Sha-kon-o-hey), meaning “Land of Blue Smoke,” referring to the blue mist hanging around the peaks and valleys. This blue haze is created by an abundance of rain and high-pressure vapor molecules released from thick vegetation scattering blue light from the sky.

This national park is among the wettest in the continental U.S. The precipitation is the result of warm air swirling up from the Gulf of Mexico, flowing across the cooler mountains, and reaching the 4,000 to 5,000 foot elevations. Rainfall averages 55 inches per year in the lowlands and 85 inches per year at Clingman’s Dome.

The park encompasses one of the world’s most ecologically rich and diverse protected areas in the temperate zone, sanctioning its designation as an International Biosphere Reserve and a United Nations World Heritage Site in the category of Natural Landscape Forest.

This national park is so special it is prefaced with the word ‘great.’ No wonder it is the most visited Park in the National Park System with over 12.5 million visitors in 2019.

The Great Smoky Mountains National Park is more than words or beautiful pictures. It is alive with a long list of superlatives.

• The forest floor is rich with approximately 1,600 species of flowering plants pollinated by 2,000 different species of butterflies, moths, and insects.

• The Park is the ideal habitat for about 2,700 species of fungi.

• There are 75 species of mammals roaming the fields, caves, and trees.

• The famous Photinus carolinus synchronous fireflies perform at many locations in and near the park in spring.

• The Smokies is recognized as the salamander capital of the world. Presently there are 32 species, the most diverse population outside the tropics.

• 240 species of migrating songbirds serenade at all elevations; 60 species reside all year.

• Timber rattlers and copperheads are the only poisonous snakes out of 40 species of reptiles. There are 43 species of amphibians.

• The American black bear is recognized as a major symbol of the park. With approximately 1,500 bears living in the park, it is the densest population east of the Mississippi River.

• Rhododendrons, featuring Catawba with purple flowers in May and June and Rosebay with white or light pink blooms in late June and July, are symbols from the plant kingdom.

• Reintroduction of elk in 2001-2002 is a major attraction. A herd of 52 Manitoban elk brought into Cataloochee Valley has expanded, with an estimated 150 elk in the park and outside the park there are probably that many more.

• There are approximately 180,000 acres of old growth forests containing trees over 20 feet in circumference The park contains 135 species of trees, the broadest spectrum in the eastern United States.

• More than 850 miles of trails crisscross the peaks and valleys, including 71 miles of the Appalachian Trail.

• History comes alive in the collection of 97 preserved historic structures in the Oconaluftee Mountain Farm Museum, Cataloochee Valley, and Cades Cove reflecting the culture of the 1800s. Nine are listed on the National Register of Historic Places. The Park maintains 342 buildings. Evidence of early residents is chronicled in 152 known cemeteries.

• Two operating gristmills from the 1880s — Mingus Mill and Cable Mill — are seasonally operated and demonstrated by millers.

• Parks as Classrooms is a premier, curriculum-based outdoor program led by rangers and assisted by teachers for students in counties neighboring the park. About 50,000 students a year participate.

• No entrance fee is required to this Great National Park in the heart of the Smokies, worthy of love, respect, and protection.

Wilma Durpo is a naturalist, nature writer and author of Smoky Mountain Echoes. She resides in Waynesville and regularly appears as a nature columnist for The Mountaineer.

• Friends of the Smokies is a non-profit stewardship group assisting the park in maintaining the mission of the National Park Service to “preserve and protect natural and cultural resources for future generations."

• The Great Smoky Mountains Association is a non-profit organization supporting the scientific, historical, and interpretive activities of the park by providing education, interpretation, and research activities. It operates the bookstores and gift shops at the visitor centers.

• The Appalachian Highlands Learning Center at Purchase Knob is one of five initial sites created by Congress to support research in National Parks and transmit the information to the public.

• Discover Life in America is a scientific project, managing the All Taxa Biodiversity Inventory (ATBI) that is identifying every living species within, below, and above the park. New species continue to be inventoried; some are even new to science.

• Twin Creeks Science and Education Center is a State of the Art repository utilized by ATBI, currently preserving 50,000-60,000 catalogued specimens and a backlog of three to four times that number of uncatalogued material.