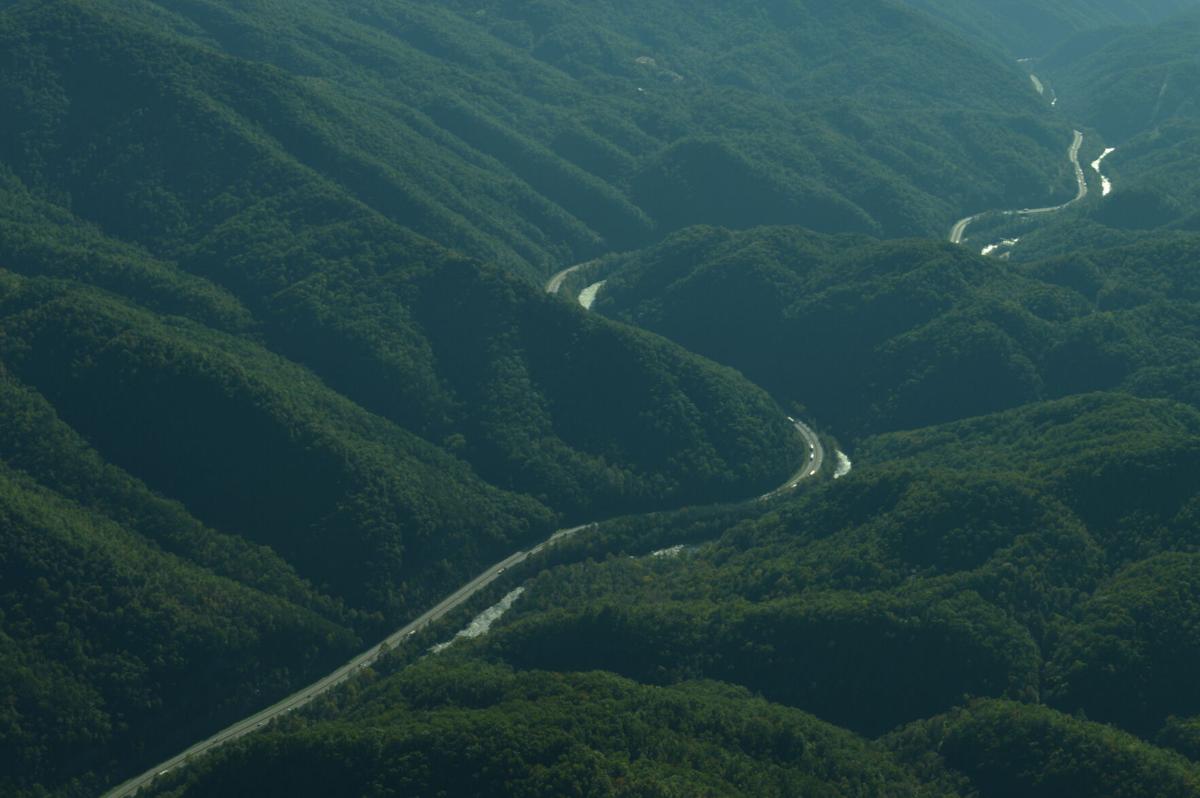 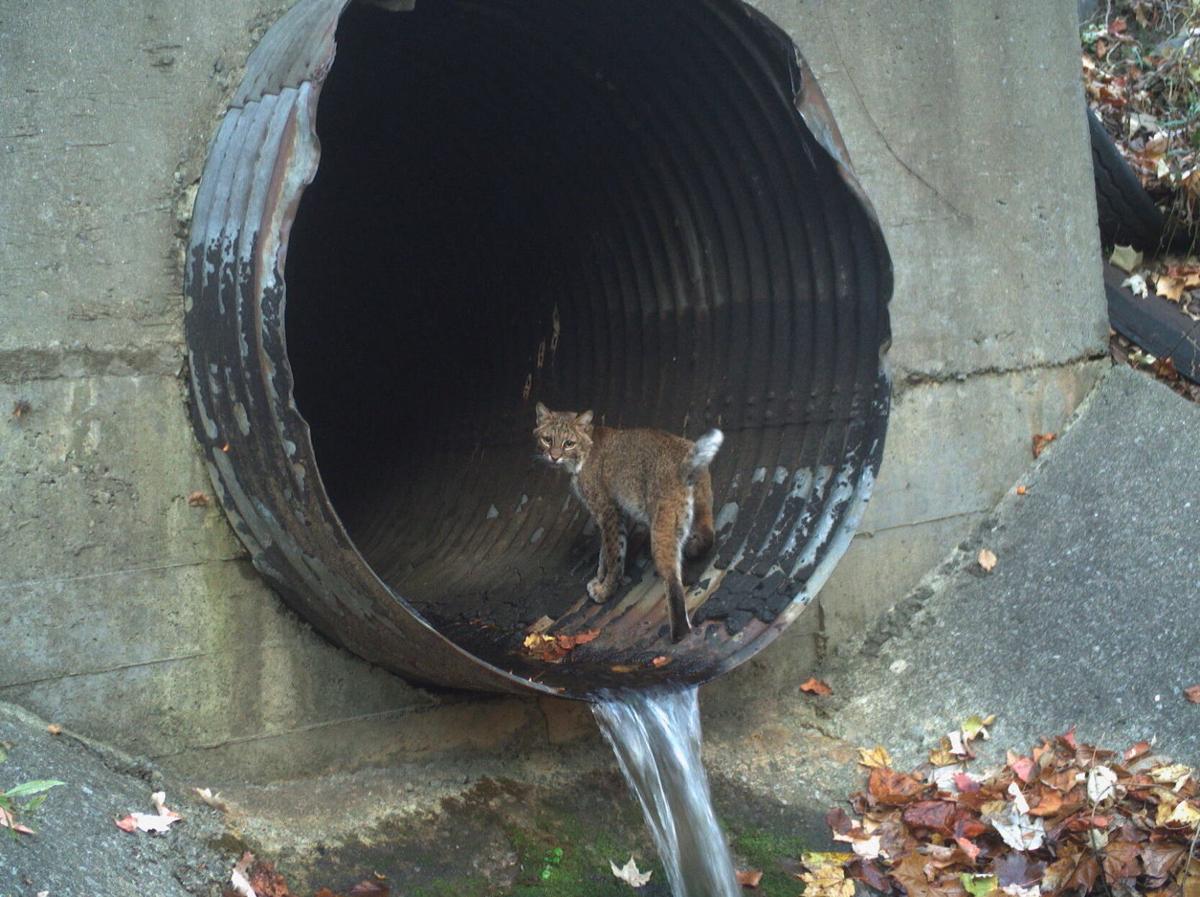 CAUGHT IN THE ACT — A wildlife camera captured this bobcat using a culvert below I-40 as a crossing. The Safe Passage initiative would create more access points using bridges, culverts, underpasses and overpasses to connect habitat on opposite sides of I-40 in Haywood County. 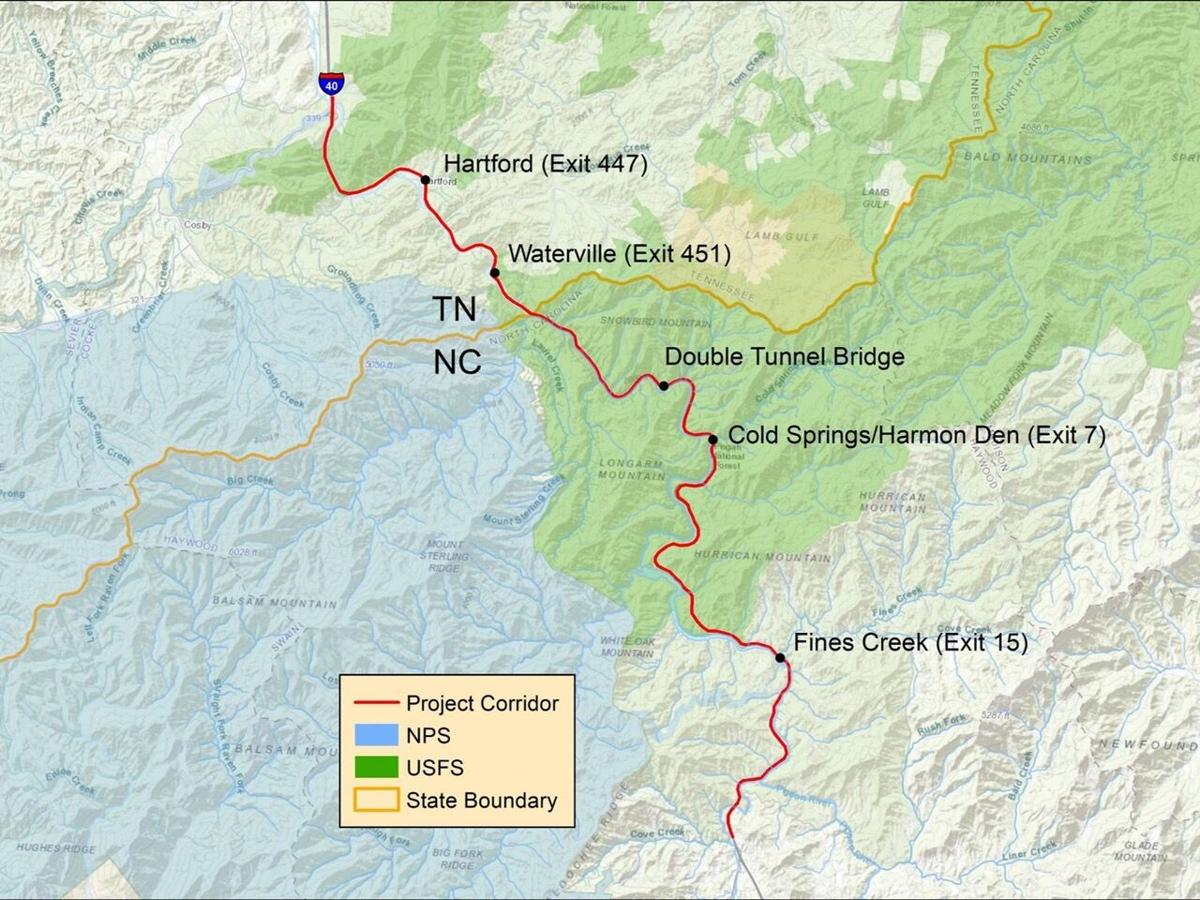 TARGET AREA — A 28-mile stretch of I-40 in northern Haywood and east Tennessee is the focus area of Safe Passage: The I-40 Pigeon River Gorge Wildlife Crossing Project.

CAUGHT IN THE ACT — A wildlife camera captured this bobcat using a culvert below I-40 as a crossing. The Safe Passage initiative would create more access points using bridges, culverts, underpasses and overpasses to connect habitat on opposite sides of I-40 in Haywood County.

TARGET AREA — A 28-mile stretch of I-40 in northern Haywood and east Tennessee is the focus area of Safe Passage: The I-40 Pigeon River Gorge Wildlife Crossing Project.

An initiative is underway to help wildlife safely cross I-40 in the Pigeon Gorge of Haywood County — a vital corridor connecting habitat in the Great Smoky Mountains National Park and the Pisgah National Forest on the other side.

The project, called “Safe Passage: The I-40 Pigeon River Gorge Wildlife Crossing Project,” is a collaborative effort to implement wildlife crossings along a 28-mile stretch of I-40 in northern Haywood County and east Tennessee that fragments wildlife habitat, creating a barrier effect.

Collisions with these animals can be costly, dangerous and even fatal for humans.

“Running into a deer costs about $6,000, but if your car hits an elk, you might be looking at upwards of $17,000,” explained Ben Prater with Defenders of Wildlife. “Often wildlife crossing structures pay for themselves in reducing the costs of these collisions.”

Over the last 16 years, there has been a 43% increase in traffic along I-40 in the Pigeon River Gorge. More than 26,000 vehicles pass through this stretch of highway each day — and wildlife killed by vehicles is rising, as well. Wildlife don’t recognize the invisible boundary of the national park and roam freely in and out of its borders, traveling in search of shelter, food, and mates — which often entails an attempted crossing of I-40.

Using a study and process known as road ecology, Safe Passage hopes to implement a variety of crossing structures, from culverts to bridge extensions to overpasses and underpasses, designed just for animals. Another strategy in the mix is fencing to keep wildlife from attempting to cross where it’s not safe to do so, and encouraging crossings at the safe passage points.

“Successfully addressing issues of wildlife and highway interaction requires implementing both fencing and crossing structures,” said Tim Gestwicki, CEO of North Carolina Wildlife Federation. “Research demonstrates that one does not work as effectively without the other.”

The initiative brings together several partners under the Safe Passage Fund Coalition, made up of The Conservation Fund, Defenders of Wildlife, Great Smoky Mountains Association, National Parks Conservation Association, North Carolina Wildlife Federation, and Wildlands Network. They are supported by a stakeholder group of nearly 20 federal, state, tribal and non-governmental organizations that have been meeting about the issue since 2017.

The first step in the initiative has been collecting scientific data to make informed plans. For the last two years, the National Parks Conservation Association and Wildlands Network have been conducting field research.

While black bear, white-tailed deer and elk have been the primary focus of the study, the researchers are collecting data on many other smaller species, including bobcat, coyote, red and gray fox, North American river otter, Eastern spotted skunk, and long-tailed weasel.

“Our multi-faceted approach assesses wildlife use of existing structures, wildlife road mortality and wildlife activity within the highway right-of-way, and also identifies and predicts elk road crossing locations using movement information from GPS-collared elk,” said Dr. Liz Hillard, wildlife scientist with Wildands Network and co-research lead for the Pigeon River Gorge study area. “The goal is to identify areas along the interstate where mitigation strategies such as fencing and road crossing structures could be best implemented to reduce wildlife-vehicle collisions and increase habitat connectivity.”

Safe Passage coalition members are currently raising awareness and funds to help drive the project’s success — and are available to speak and give presentations to civic groups, organizations, schools and classes, with material prepared for students of all ages. Currently, these presentations are being offered virtually, but a speaker’s bureau will be available for in-person presentations in the future.

Children's book chronicle the harrowing adventures of wildlife vs. interstate

A children’s book called “A Search for Safe Passage” highlights the challenge faced by wildlife attempting to cross Interstate 40 in Haywood County.