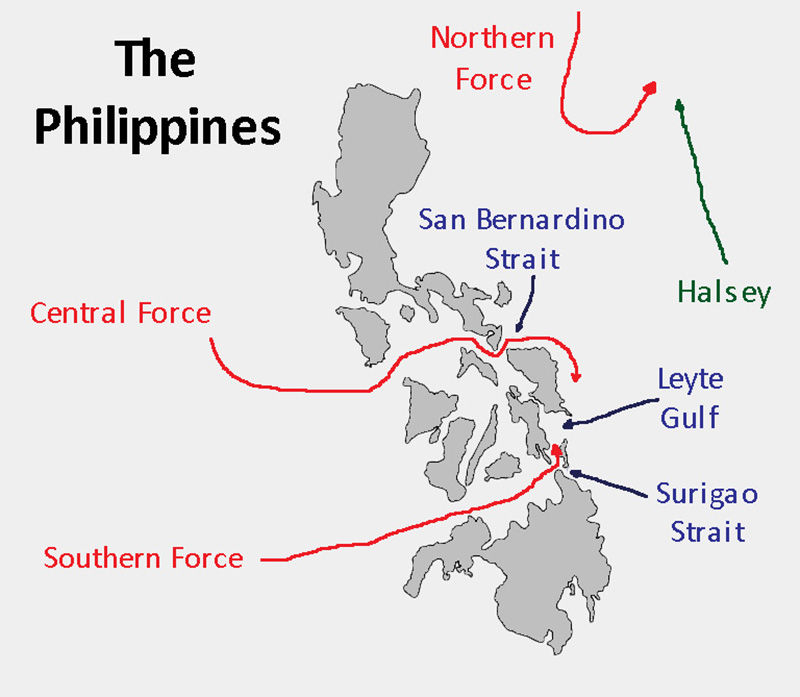 JAPANESE PLAN — While the Northern Force lured the U.S. Third Fleet (Halsey) to the north, the Central and Southern Forces would converge on Leyte Gulf and annihilate the U.S. invasion of Leyte. 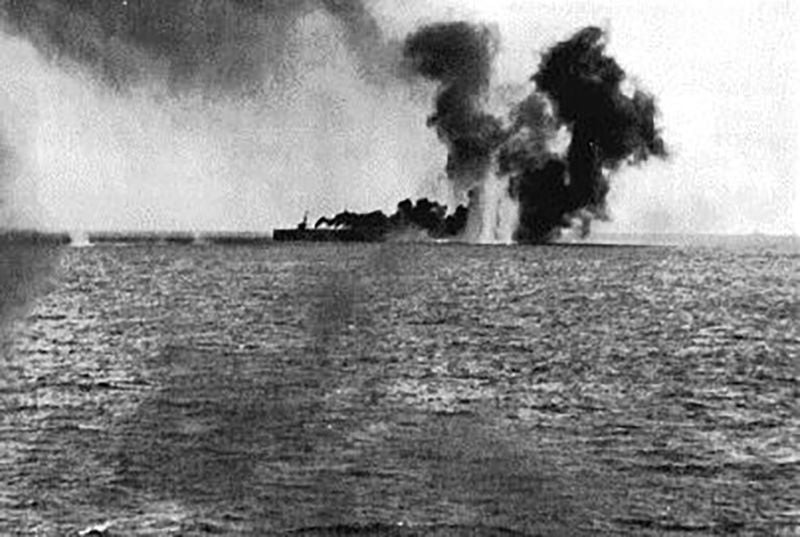 Pictured is the escort Carrier USS Gambier Bay under fire during the 1944 Battle of Leyte Gulf. 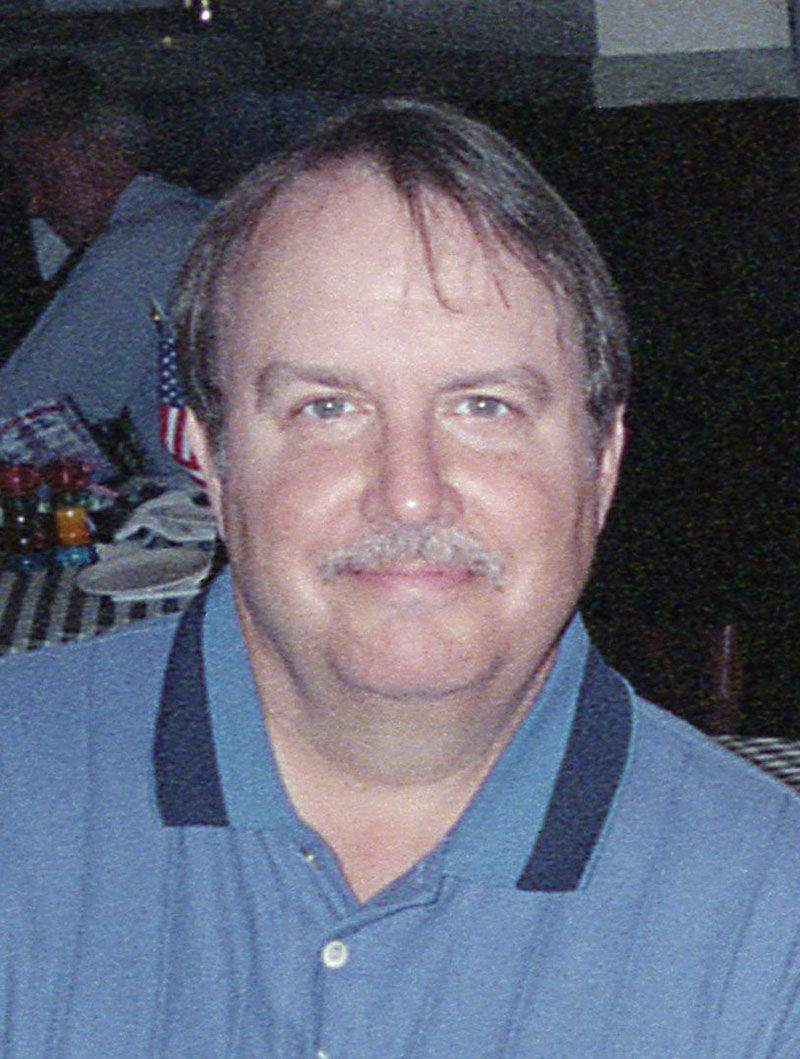 JAPANESE PLAN — While the Northern Force lured the U.S. Third Fleet (Halsey) to the north, the Central and Southern Forces would converge on Leyte Gulf and annihilate the U.S. invasion of Leyte.

Pictured is the escort Carrier USS Gambier Bay under fire during the 1944 Battle of Leyte Gulf.

Yet while most of us have some idea of what happened at Pearl Harbor, in the Battle of Midway, on D-Day in Normandy, or in the Battle of the Bulge (all of which have been the subject of blockbuster World War II films), the average American knows little about the monumental clash that eliminated the once-powerful Imperial Japanese Navy as an effective fighting force.

Here’s the story of the Battle of Leyte Gulf.

BackgroundEver since the Japanese humiliated the Russian fleet at the battle of Tsushima in 1905, their naval strategy revolved around the concept of drawing out an enemy’s fleet and annihilating it in a “decisive battle.” This was their strategy in June, 1942 at Midway, with four large naval groups in a complicated plan based entirely on what they expected the Americans could and would do. When the U.S. broke the Japanese naval code and was waiting in ambush where the Japanese weren’t looking, the momentum of the Pacific war was dramatically reversed in just two days.

Fast forward 28 months. Japan is obviously losing the war, as the U.S. advances on twin paths through New Guinea towards the Philippines and island-hopping in the central Pacific towards Japan itself. Most of the Japanese fleet was based in Southeast Asia near sources of fuel, because U.S. submarines were sinking most of the oil tankers headed to Japan. They saw their only hope in another “decisive battle,” and planned a doozy.

The PlanOnce the American invasion of the Philippines had begun, the surviving Japanese aircraft carriers would sail south from the home islands. The hope was that, when this Northern Force was discovered, the American battleships and large fleet carriers would sail north to intercept, leaving the landing beaches unprotected. The Northern Force did not expect to survive.

A Southern Force would penetrate Surigao Strait south of Leyte Island. Simultaneously a third and more powerful Central Force would sail through San Bernardino Strait north of Leyte. The Southern and Central Forces would then converge on the unprotected landing beaches and annihilate the invasion.

This “SHO” (“Victory”) plan was dependent on intricate timing (too intricate, as it turned out). But even then it almost worked.

The BattleJapanese land-based bombers attacked the approaching American fleet, sinking one aircraft carrier and damaging three other ships. But most of the Japanese planes and pilots were lost, leaving their naval forces vulnerable to attack by U.S. aircraft.

Two U.S. submarines found the Center Force, radioed a contact report, then sunk two heavy cruisers and damaged a third. Subsequent air attacks resulted in a battleship sunk and several other ships damaged. The Center Force turned around to regroup out of range of U.S. aircraft.

Then U.S. air reconnaissance found the Northern Force. Admiral Halsey took the bait and sailed after them with his entire Third Fleet. Even though four carriers and four other ships of the Northern Force were ultimately sunk, Halsey had left San Bernardino Strait unprotected.

When the Center Force reversed course again and sailed through the strait the small American escort carriers and invasion support, vessels were defenseless against this vastly superior armada. The American carriers hid behind smokescreens and rain squalls as best they could, but overwhelming Japanese firepower took their toll.

Self-sacrificial attacks by American destroyers were so aggressive that the Japanese thought they were being hit by much larger vessels (three U.S. destroyers were sunk with huge loss of life). Planes from the escort carriers braved curtains of anti-aircraft fire to attack the Japanese, but they had been armed with high explosives for supporting troops on land, not armor-piercing bombs for sinking ships. Things looked really bad for the U.S., and the success of the invasion was in doubt.

But then suddenly, the Central Force broke off the attack and headed home. The Americans couldn’t believe that they had survived; why the Japanese quit when they did, has never been satisfactorily explained.

AftermathHalsey was severely criticized (albeit never officially) for leaving San Bernardino Strait uncovered. Even a moderate force of battleships and cruisers would have had an excellent chance of defeating the Japanese Center Force, preventing the damage to the U.S. fleet and protecting the landing beaches.

In desperation, the Japanese began the first organized kamikaze attacks. Before Leyte was secured, 47 additional Allied ships were damaged, including five sunk. Kamikaze attacks continued for the rest of the war, and were responsible for more Allied ships sunk than from all other causes combined.

To know moreThere are several excellent accounts of the battle. Three favorites are:

All are available through the NC Cardinal Library system.

Jim Janke is a retired chemical engineer and amateur historian living in Waynesville, North Carolina. © 2019 J.A.Janke. Map by the author.

I was told my father escaped from the bombing of the sealion, and then MIA WWII on the Golet sub. I was also told he brought make evidence of the atrocities of the Batton March. I know nothing else, could you enlighten me of the events...

Jim, Great overview of a very significant WWII battle. As you correctly point out the Japanese were into decisive attacks which are a ultimately a tactical effort while we were operating a strategic war effort slowly eliminating their ability to make war. Of course being able to “read their mail” was very helpful. The final push was “X Day” which, as I recall was scheduled for December 9, 1945 and forecast 1,000,000 American casualties and 250,000 deaths In a year long fight in Japan. That’s a lot of letters to Gold Star Mothers that Truman would prefer not to need write. Thus when the atomic bomb came along it offered a faster conclusion to the war. Even after the bombs their military did not want to surrender and worked to stop the Emperor from his announcement. I would love to read your overview on the conclusion of the war with Japan and the alternatives we faced. Thanks again for writing about events and the lessons we should not forget.