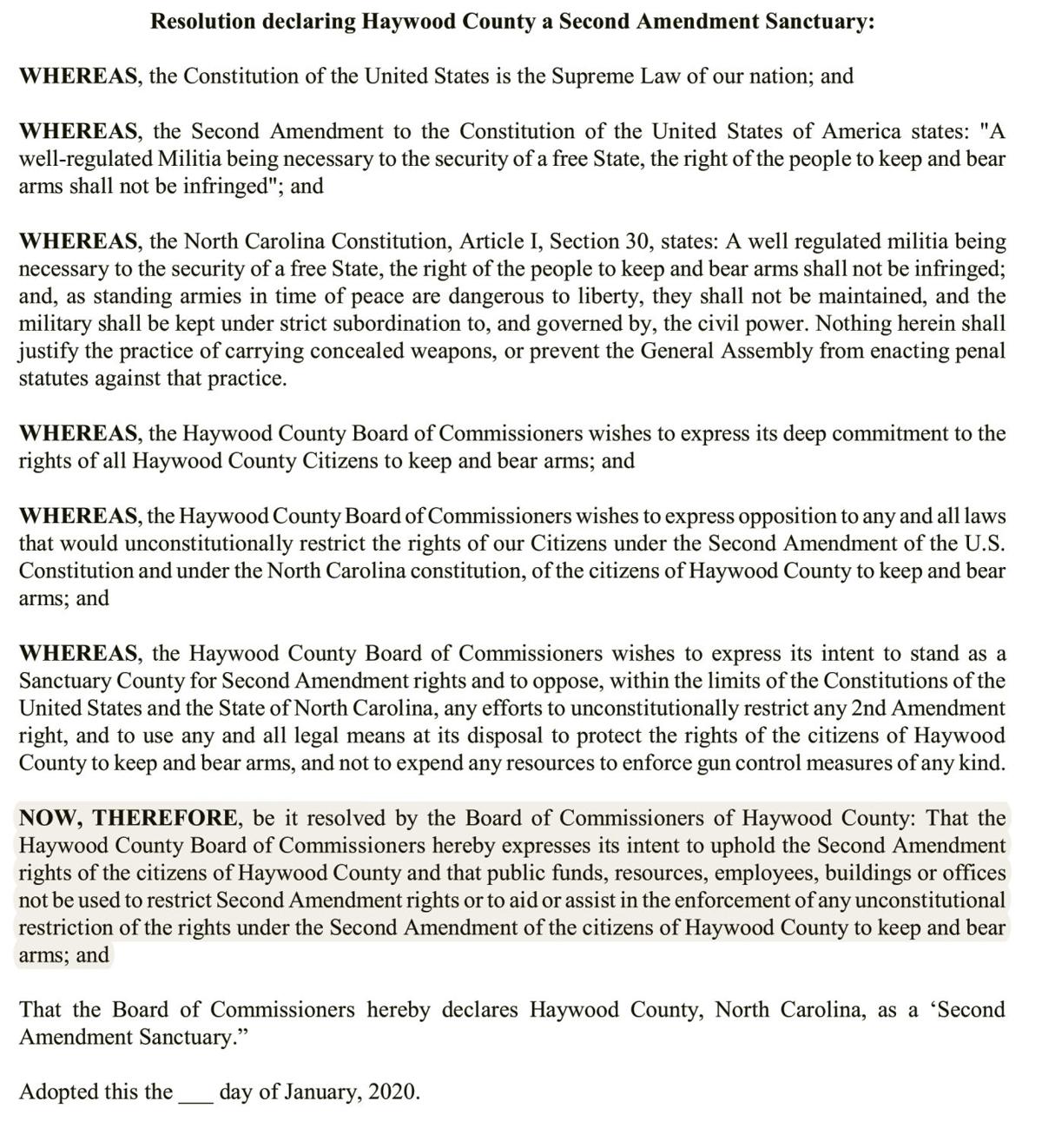 PROPOSED WORDING — This is the resolution proposed by citizens who want Haywood to become a Second Amendment sanctuary county. 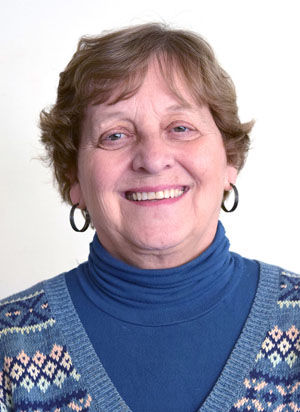 Sometimes when the topic of gun rights comes up, people pick a side and put blinders on. In general there seems to be no room for compromise, let alone any listening with an open mind to what someone from the opposite side has to say.

But like in so many other ways, Haywood County is a special place where people find ways to overcome obstacles and work through issues.

That was on full display Tuesday evening when the county commissioner meeting room in the Historic Courthouse was jam-packed with people — most of whom were speaking up during a public comment session to ask that Haywood become a gun sanctuary county.

This is when a state or local government body passes a resolution indicating their support for the Second Amendment. Some resolutions resolve to not enforce gun control measures county leaders perceive as violating Second Amendment rights guaranteed under the U.S. Constitution.

There were about three dozen speakers, with the vast majority urging the commissioners to become a gun sanctuary county.

But there was a moment in the meeting when views seemed to soften just a bit. All in the room gave Haywood native Natalie Henry Howell a standing ovation when she asked for consideration of two gun control measures that may have saved the life of her son, Riley, who died during a school shooting at UNC-Charlotte after tackling the shooter and saving who knows how many other lives.

Riley was shot with rounds 13 through 18 from an extended magazine by a person with diminished mental capacity who should never have been able to own a gun, Howell told the crowd.

The Howell family has long made it clear that Riley enjoyed target practice and that their stance is not to undermine the Second Amendment.

“We are not saying no to guns. There are just some things we can and need to do better,” Howell said in an earlier interview. “I hear people say ‘This won’t help’ or ‘That won’t help’ and I say ‘Well, OK, no single measure will end this gun violence epidemic, but it’s a start and will save lives.’”

Ironically, many of the Second Amendment sanctuary resolutions adopted by state or local government bodies advocate not enforcing laws viewed as limiting gun rights in any way. The wording raises questions.

Many speaking at the commissioner meeting said the resolution simply sends a message of support for Second Amendment rights, and there’s certainly nothing wrong with that — or with expanding that message to include all the freedoms guaranteed in the Bill of Rights. But as always, the devil is in the details.

What would happen in sanctuary counties, for instance, should lawmakers enact the limits Howell suggested —and were apparently honored by those applauding in a room filled with gun rights advocates?

Would a sanctuary resolution raise questions about laws passed by duly elected state and federal governing bodies, but not adjudicated through the court? What about laws upheld by our court system such as prohibiting felons from owning a gun or background checks?

Messages can be sent in multiple ways. There are risks to adopting a resolution worded in a way that could put locally elected officials in a position of picking and choosing what laws to enforce, which should be downright scary to those who believe in our form of government here in the United States. Additionally, withholding county resources from enforcing certain laws, as some of the gun sanctuary resolutions suggest, could set the county up for a lawsuit.

We elect commissioners to look out for the best interests of Haywood County. It appears that is exactly what they are doing.