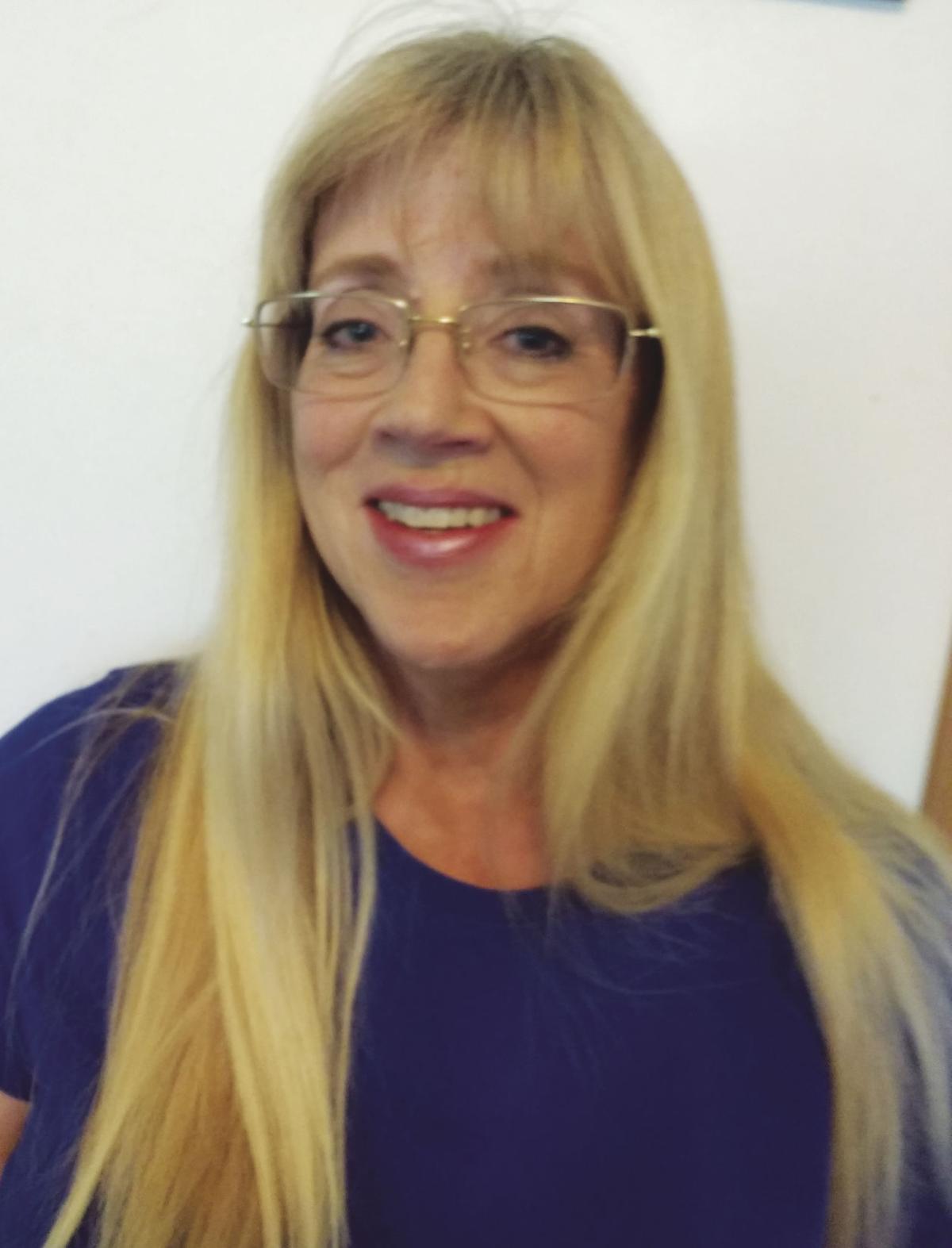 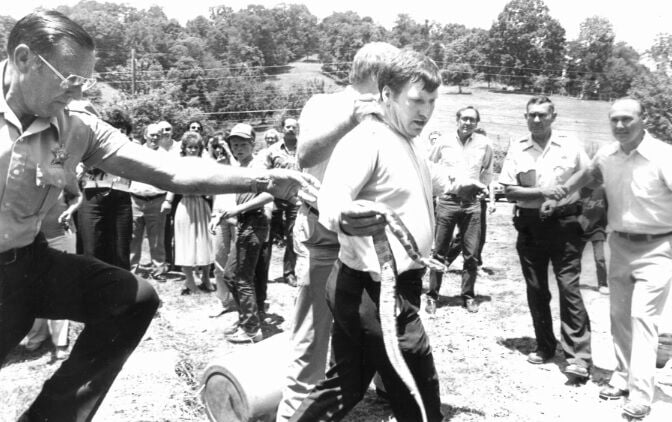 I wasn’t living in Haywood County in 1985, wouldn’t arrive until the next summer, but I do remember how Charles Prince’s efforts to bring Christian serpent-handling worship services to Haywood County dominated the news.

I remember the stories of Sheriff Jack Arrington trying to stop such a service and being bitten by a rattlesnake, and I remember shaking my head when Prince died days later of a snakebite at a Tennessee service. I wondered how a Christian could plunge into such reckless danger.

Researching the story almost 35 years later, my feelings are quite different. There is a fascination, some grudging respect, maybe a little understanding, and, most of all, sorrow. Sorrow that people who so love the Lord, who are often described as loving, kind Christians, would bring their lives to an early close in such an endeavor.

Those who believe that the handling of serpents is a literal command from the Lord would contest that last statement. They believe when one dies as the result of a snake bite during worship, one of two things has happened — either the person was not under the guidance of God’s Spirit, or, most likely, that it was their time to die.

As a Christian, I also believe God knows our time of death, but I also believe free will allows us to hasten that departure. And so I sorrow for Charles Prince and his passionate, fervent, love of God.

Sometimes Christians who don’t adhere to serpent handling — and that is most of us — look down on those who do as ignorant, misguided, perhaps drawn to the adrenaline rush that comes with looking death — literally — in the face. There may be some legitimacy in the adrenaline theory, but the charge of ignorance is, like many stereotypes, unfair.

Pastor and preacher Jimmy Morrow of nearby Edwina, Tennessee, has fascinated a number of visitors, including many skeptics, not only by the practice of handling serpents but with his intelligence, his skills as an artist, his collection of history regarding his faith.

He counts among his friends professors and professionals, and every account I have read of an encounter with him describes him as a courteous and gentle man. Like all Christians, those who handle serpents seem to range in personality, from dogmatists spouting hard rules, to those filled with love.

Charles Prince’s father, on the other hand, might have been harder for me to understand. His daughter describes a childhood filled with loss. She describes moving from place to place, a compulsion that drove her father to sell all their possessions, even her mother’s beloved sewing machine and their eating utensils, to take up abode in a mountain shack and start preaching.

It was a childhood in which she slept at times with snakes boxed under her bed, living with fears for herself, her siblings and her parents.

That is part of my sorrow — sorrow for children who had that journey to adulthood. And I wonder, at Charles Prince’s passion for Jesus, so strong, that could have done so much good, and at his compulsion to demonstrate it in ways that put his life at risk over and over again.

What role did his childhood play in Prince’s decision to take up serpents, drink poison, and dance with flames licking his face?

Whatever their difference in personality and theology, serpent handlers do have a common belief that Jesus’ commands to take up, or tread on, serpents are to be taken literally.

They believe the practice is a demonstration of God’s power that will draw others to Christ. I don’t agree with them. My disagreement comes not from a disregard for the Bible or disbelief in miracles. I believe in both. In fact, Jesus’ miracles in the Bible are the basis for my opposing view.

Jesus performed miracles to address the needs He encountered, but He did not encourage people to artificially create the need so He could show His power. So intercepting a rattlesnake bite meant for a child playing outside, for example, and escaping without harm might be considered a miracle.

But deliberately taking up a snake and escaping without harm is more likely a demonstration of God’s mercy.

And I do have a problem with the inhumane handling of snakes. While “serpents” in scripture are usually references to evil, that gives us no right to cause suffering to an animal God created, one that has its uses and benefits.

I may not want a copperhead for a neighbor, but I’ll take a blacksnake any day, particularly when I consider the mice and rats it consumes.

The treatment of snakes seems to vary among worshipers, with some storing them in boxes for months, and others releasing them after a short time. Even if snakes are captured shortly before a service and released soon after, the event is physically stressful.

Most of all, I sorrow to see brothers and sisters in the Christian faith come to harm. But I must respect their courage — or is it a joyful recklessness — that compels them to embrace a rattlesnake or copperhead as a demonstration of their love for God.

It’s kind of like a real family. There are most of us, who do things in conventional fashion, and view our eccentric family members with a little fear and a lot of concern.

Meanwhile, those “eccentrics” pity us, believing that we miss out on the great blessings of being part of the divine family. Still, we are family, and so we are commanded to love and pray for one another.

Just be kind to the snakes, as well.

Kathy N.Ross is a former news editor and reporter for The Mountaineer who is married to Crabtree farmer Steve Ross. The couple has three sons.